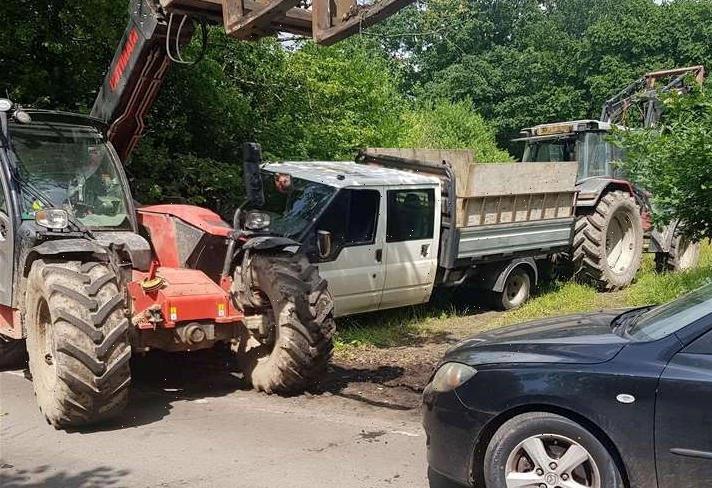 FLY-TIPPERS were forced to abandon a truck after being caught in the act and boxed in by a furious farmer and his two sons.

Steve Jones trapped the tippers with a car and was joined by his sons Trevor and Josiah in their tractor and rough-terrain forklift after getting fed up with rubbish being dumped on his land. 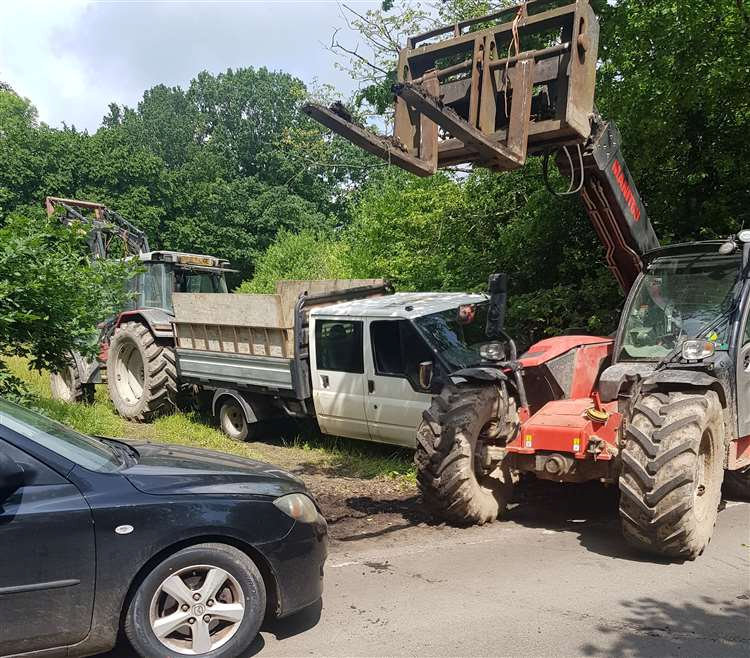 The suspects were caught dumping rubbish at Blue Bell Hill near Chatham in Kent as well as on farmland around 30 miles away at Harvel House Farm and are now being investigated by authorities.

Mr Jones, 65, said rubbish being dumped on his land was becoming a daily occurrence – so decided to take action.

Along with his two sons, they used walkie talkies to co-ordinate their operation last Friday at around 9.45am.

Mr Jones said: "We wouldn't go a month without fly-tipping generally. It ranges from people clearing out their shed to people who are doing it serially.

"It's quite regular, but this lot were coming every day, which was a bit silly of them because it made them easy to catch.

"We knew roughly what sort of time they were coming, so I got there about 9.45am. 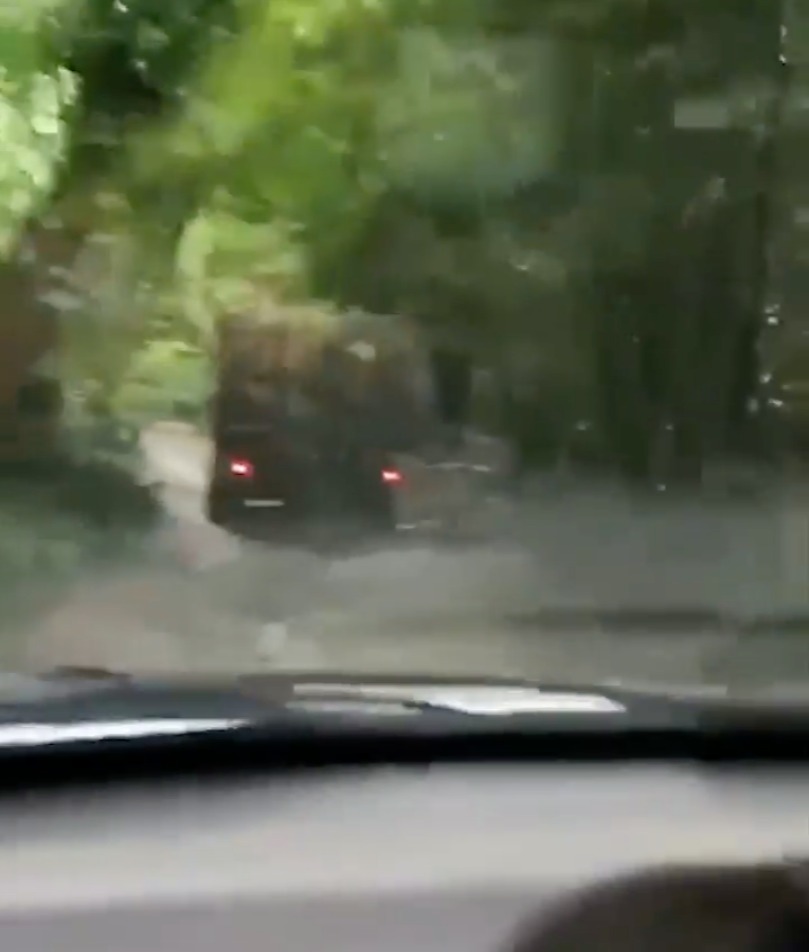 "They turned up and we saw them go past. They were incredibly quick. By the time I got the car down there, they were on their way out.

"I got on the walkie talkie, and the boys and some of the staff turned up. I didn't close the gates, I just parked the car across the gateway so they couldn't get out.

"They weren't best pleased. One of them just walked straight off, he wasn't hanging around.

"The other one remonstrated with me. He told me to get out of the way, and then he got on his phone to get some other people.

"Then he said 'I'm just going to smash out past you'.

"I said 'that's why I bought a £200 car'. He went up the bank but lost traction on his wheels and couldn't move.

"My two boys were coming with tractors, so we boxed him in so he couldn't get out."

The driver of the vehicle then fled the scene, leaving behind the tipper van, which was later seized by police.

Gravesham council is investigating the fly-tipping at Mr Jones' farm.

Mr Jones praised both the council and police for their swift action – but added that since the incident he has not heard from either.

He added. "I'm glad we didn't get too carried away. I was really nice to them actually. I said 'you know you're not supposed to be doing this. Pick it back up and take it away'. They said 'no we're coming out'.

"In the past they've cut the chain and then put it back together to make it look like it's still padlocked.

"They tipped around the corner as well, so we didn't notice at first. It was only because a fellow who walks his dog told us about it."