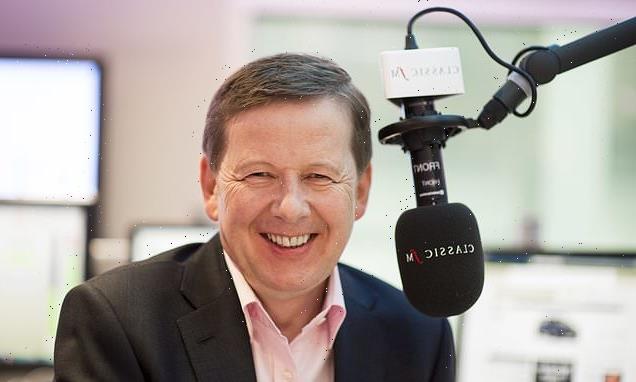 Former BBC Breakfast host Bill Turnbull died at home yesterday at the age of 66, his family revealed this morning.

A spokesman on behalf of the family said: ‘Following a challenging and committed fight against prostate cancer, Bill passed away peacefully at his home in Suffolk surrounded by his family on Wednesday, 31 August.

‘Bill was diagnosed in 2017 and has had outstanding medical care from the Royal Marsden and Ipswich Hospitals, St Elizabeth Hospice and his GP. He was resolutely positive and was hugely buoyed by the support he received from friends, colleagues, and messages from people wishing him luck. It was a great comfort to Bill that so many more men are now testing earlier for this disease.

‘Bill will be remembered by many as a remarkable broadcaster who brought warmth and humour into people’s homes on BBC Breakfast and Classic FM. He was also a devoted Wycombe Wanderers fan and an ever-aspiring beekeeper.

‘Bill was a wonderful husband and father to his three children; his family and friends will miss how he always made them laugh, and the generosity and love he shared with those around him.’

His former co-host Susanna Reid said: ‘Bill was the kindest, funniest, most generous man in the business. I feel lucky to have worked with him and he taught me everything.

‘But above all, he was devoted to his family and I am heartbroken for them. RIP Bill. We will miss you so much.’ 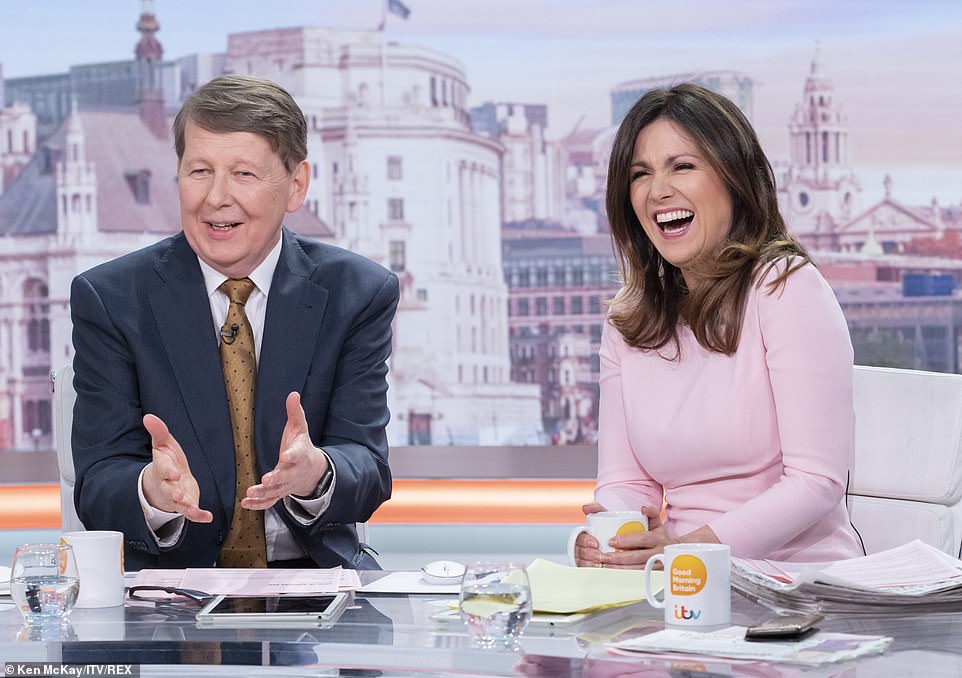 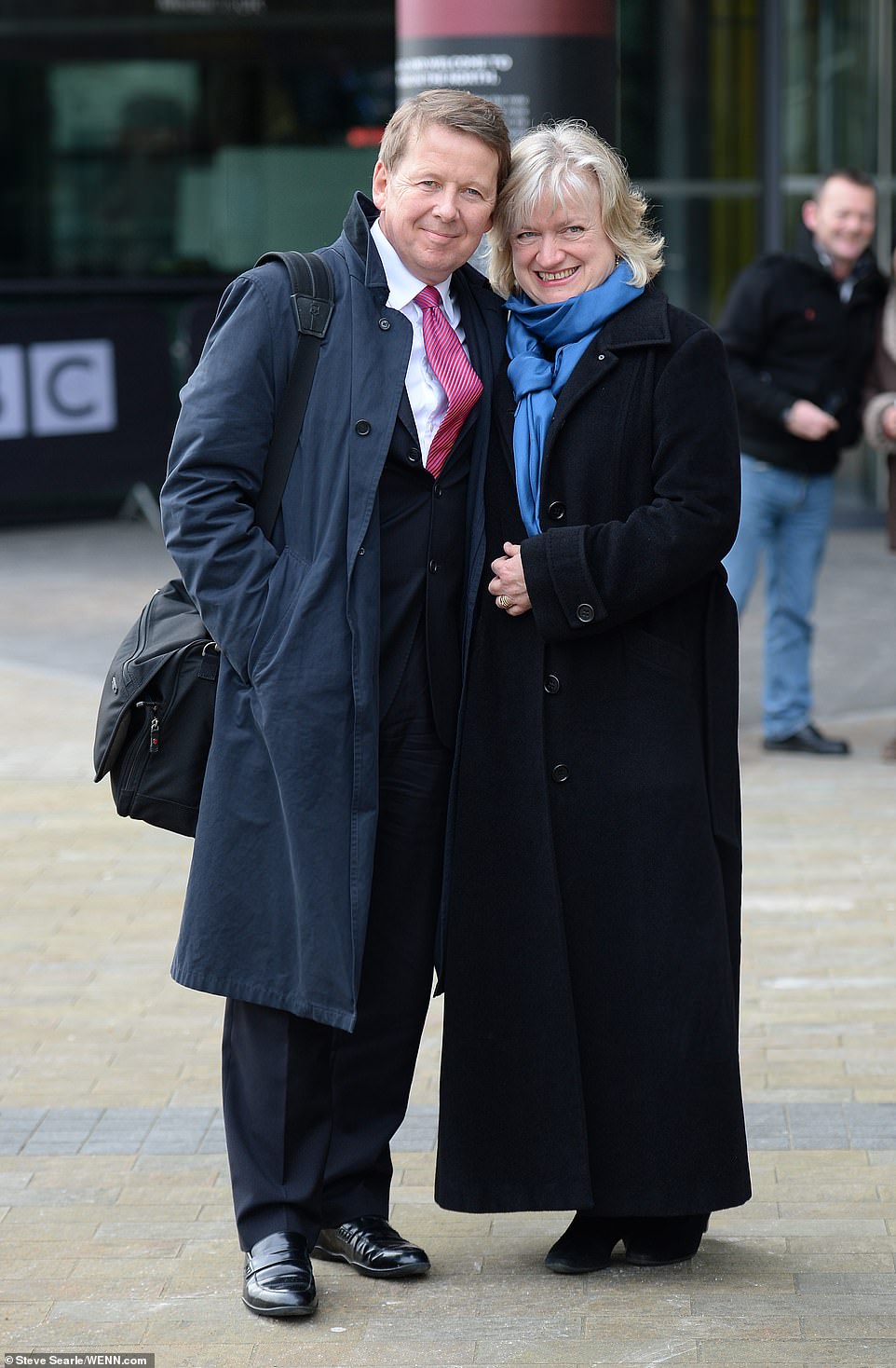 Bill Turnbull with his wife Sesi as he leaves BBC Breakfast for the last time after 15 years of service on February 26, 2016 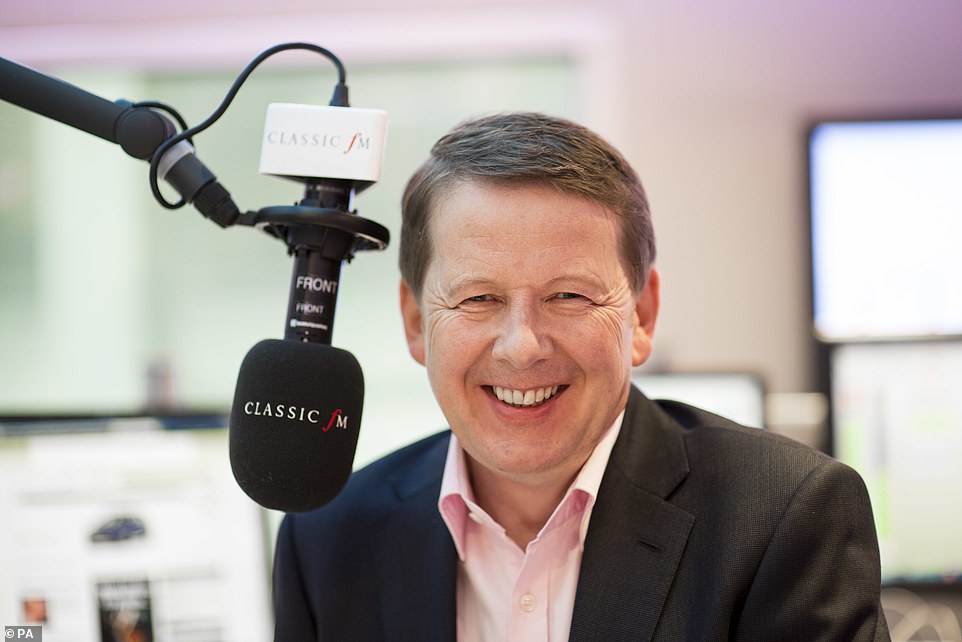 Former BBC Breakfast host Bill Turnbull has died at the age of 66, his family has said 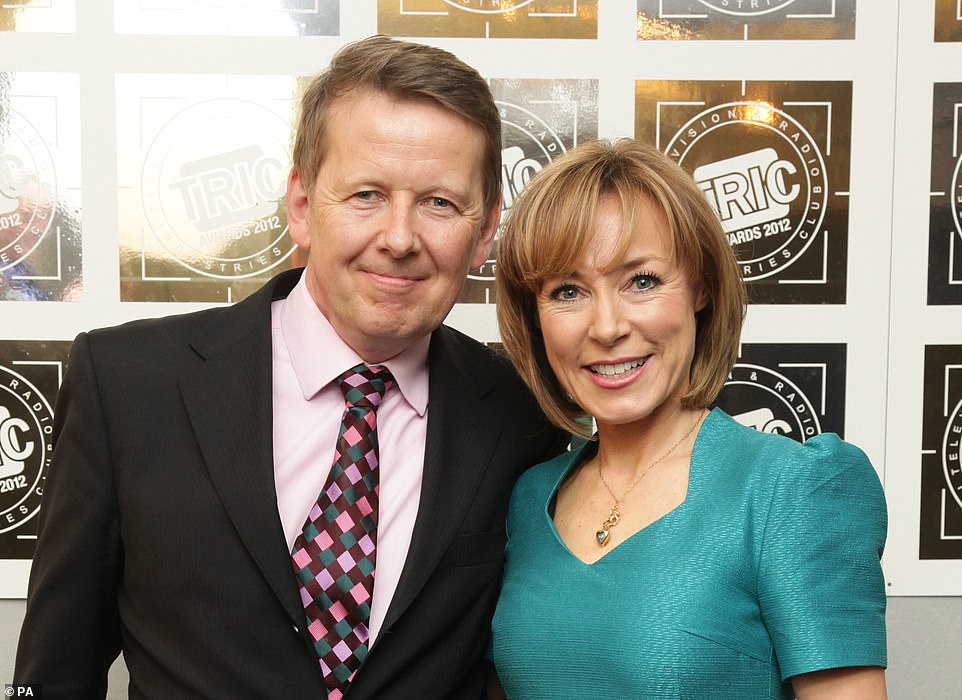 Bill Turnbull and Sian Williams at the TRIC Awards at Grosvenor House hotel on Park Lane in London on March 3, 2012 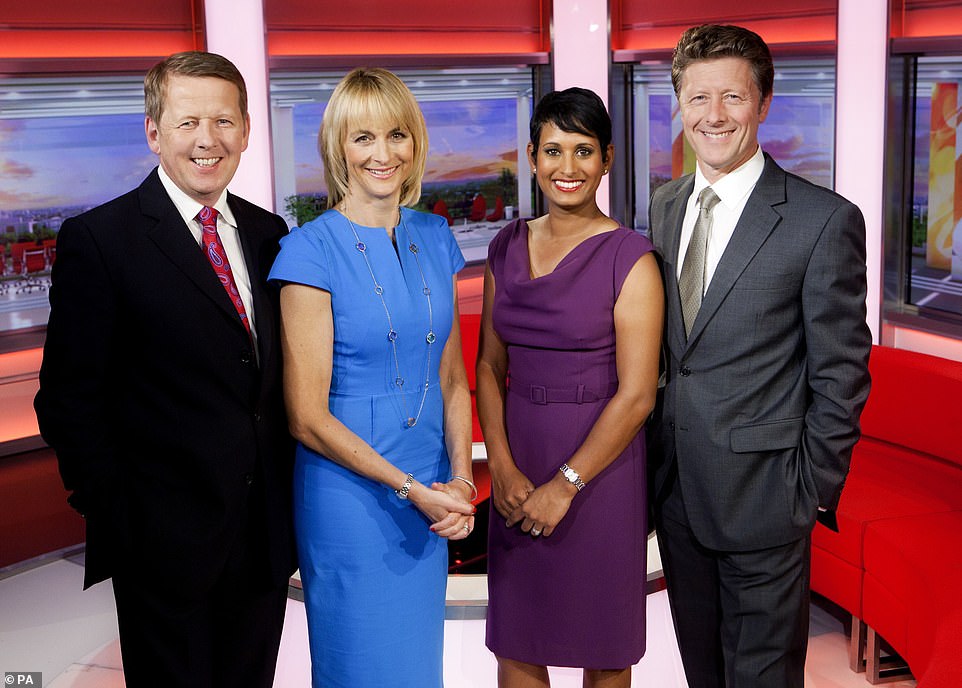 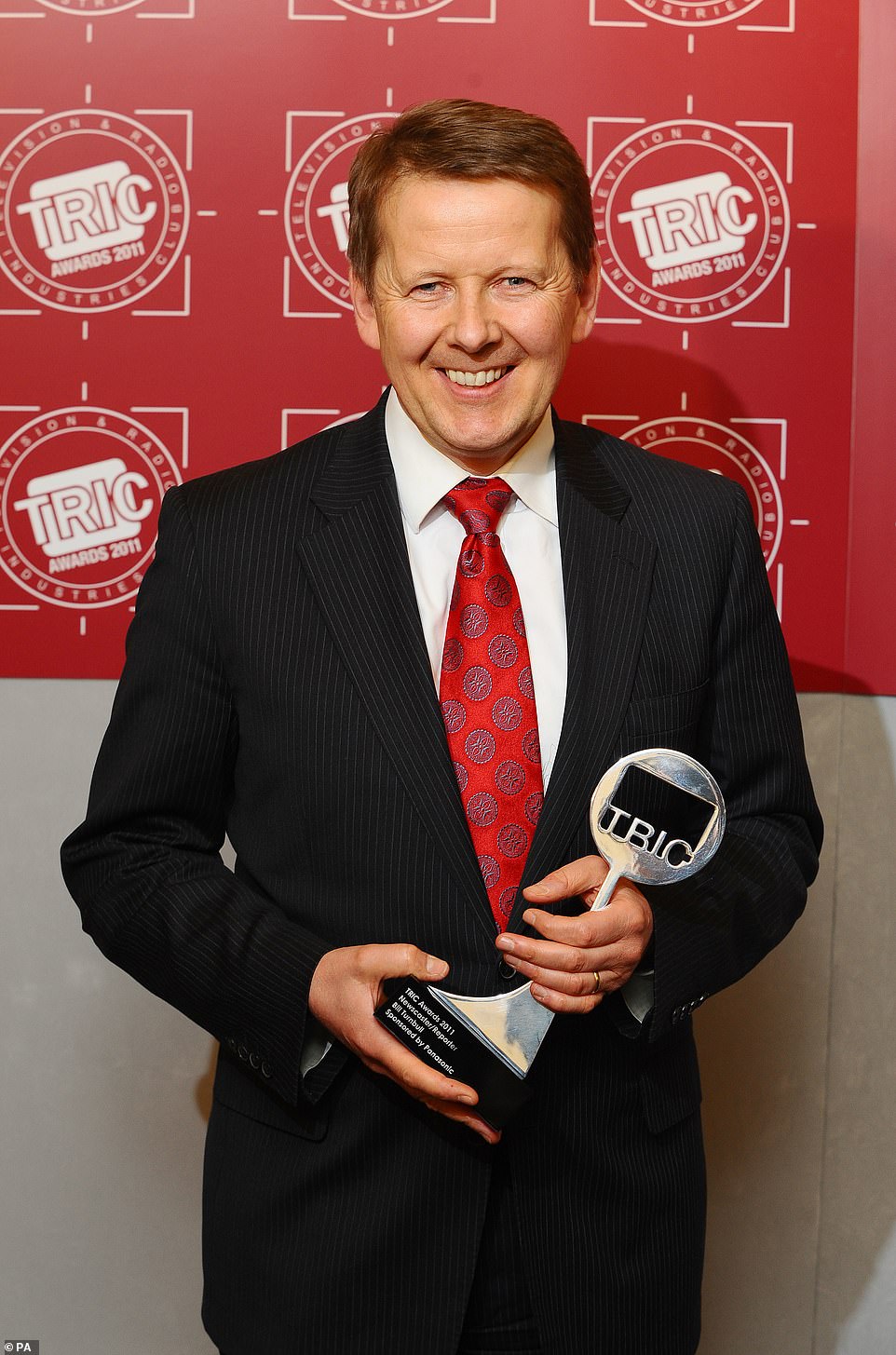 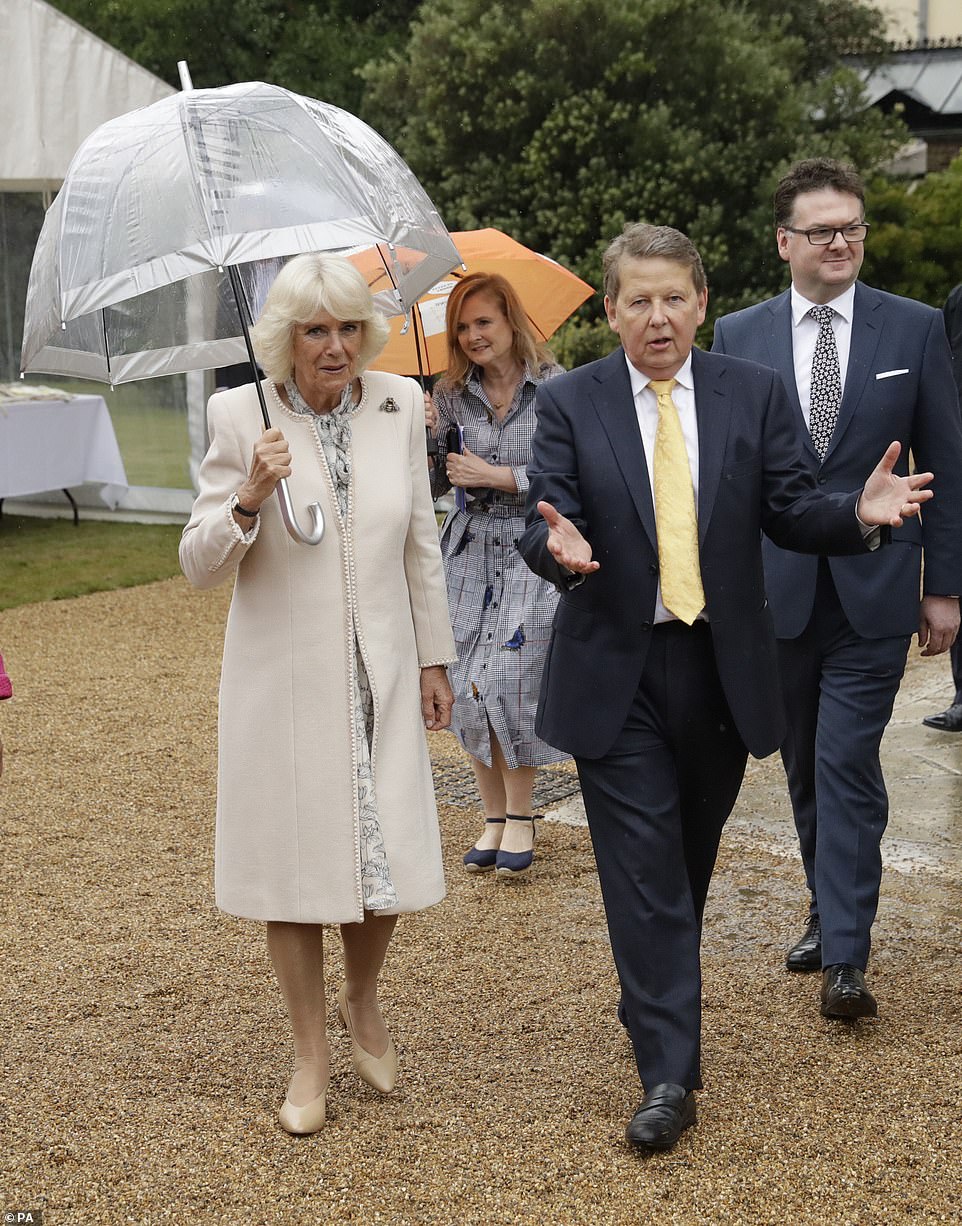 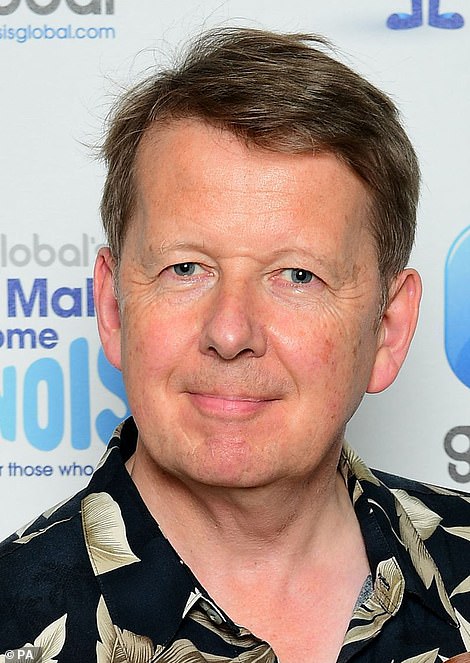 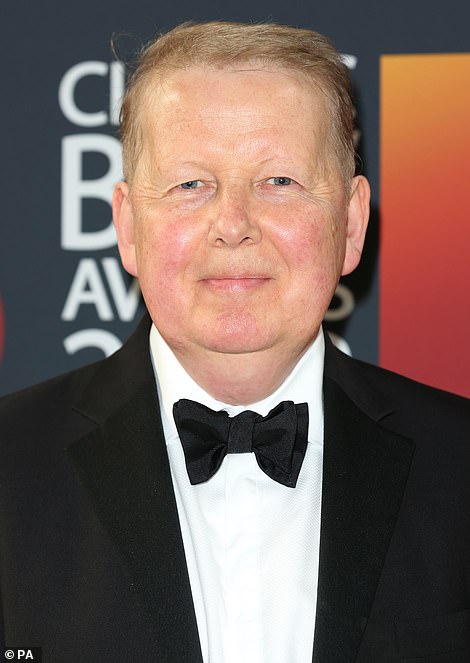 Bill Turnbull pictured at Global’s Make Some Noise Day held at Global Radio in London in October 2016 (left), and arriving at the Classic Brit Awards 2018 at the Royal Albert Hall in London in Juny 2018 (right) 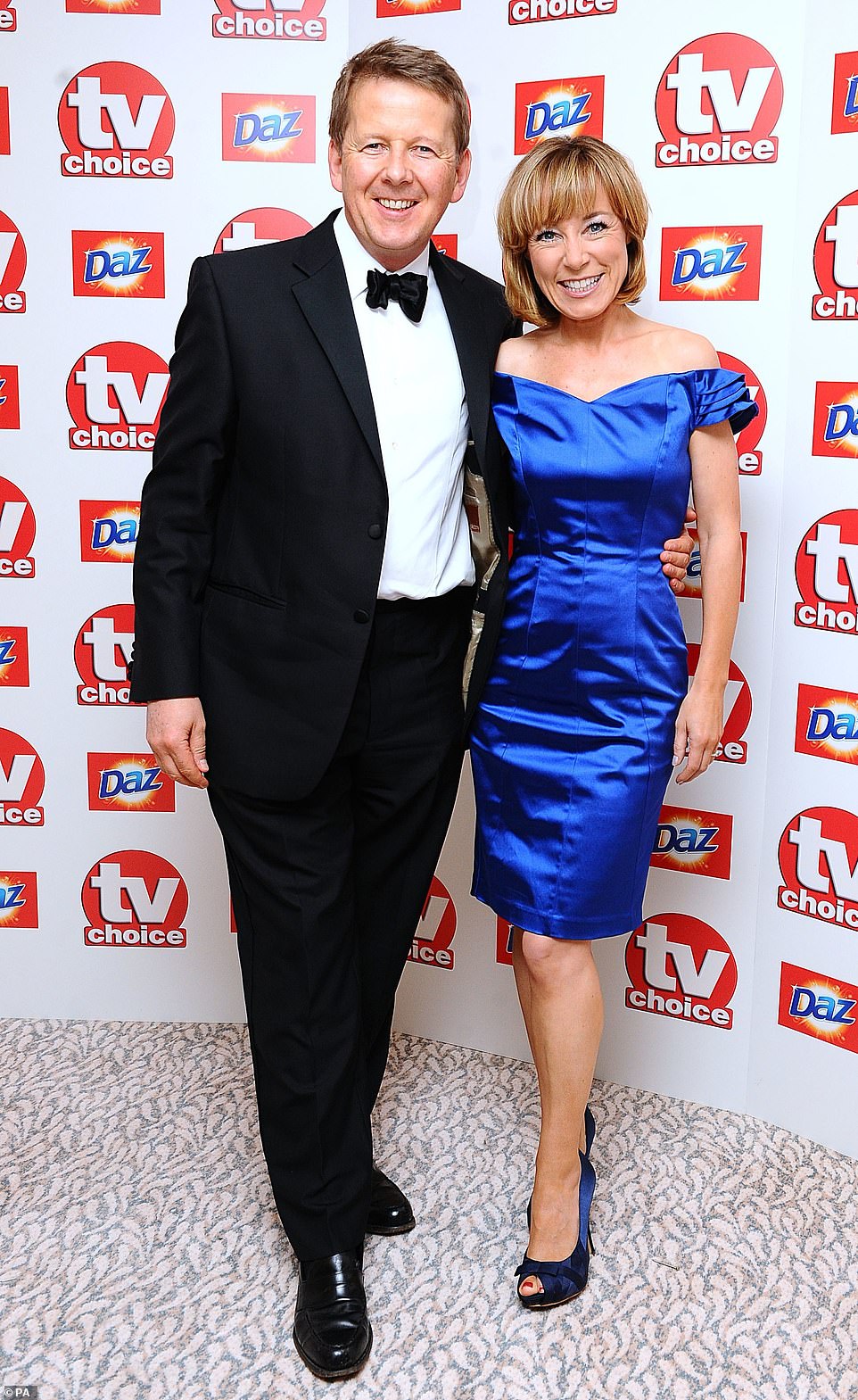 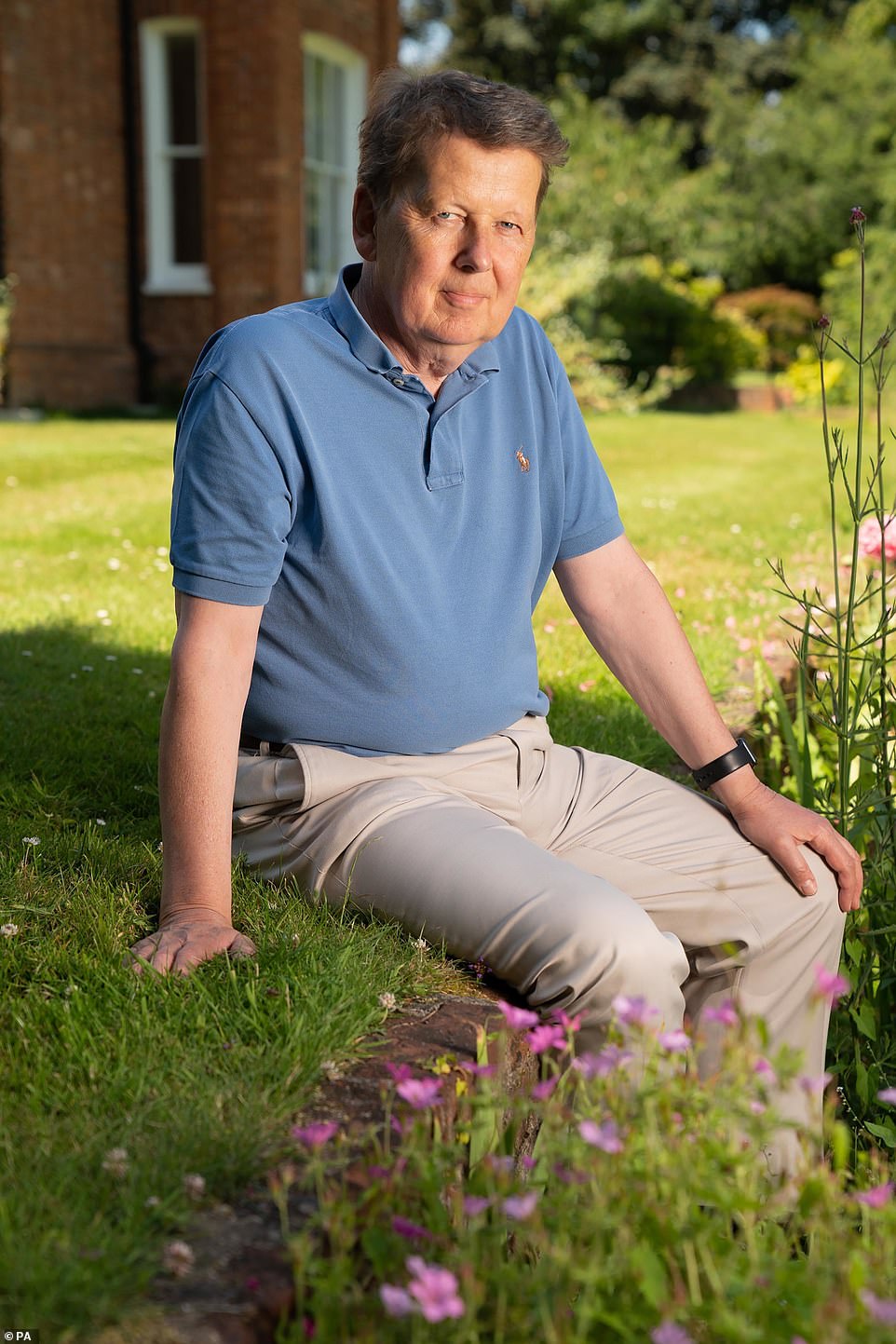 Bill Turnbull has died at the age of 66, his family has said

BILL TURNBULL WOKE UP THE NATION WITH HIS CALM, REASSURING MANNER

Bill Turnbull, who for 15 years woke up the nation as a presenter on the BBC Breakfast sofa, has died aged 66.

Across a four-decade career, he presented from the front line of British and foreign politics, as well as hosting an array of lighter gameshows and religious programmes.

Educated at Eton College, he attended the University of Edinburgh where he was editor of the student paper.

Turnbull started his broadcasting career at Scotland’s Radio Clyde in 1978.

He joined the BBC as a reporter for the Today programme in 1986 before becoming a correspondent for BBC’s Breakfast Time two years later.

Memorable stories he filed included the Lockerbie disaster in 1988 and the Romanian revolution of 1989.

In 1990, Turnbull became a correspondent for BBC News and reported from more than 30 countries.

During his four-year stint as the Washington correspondent, he covered the Monica Lewinsky scandal, the OJ Simpson trial and there was also a rain-drenched appearance on Breakfast during a hurricane in Florida.

After moving back to the UK in 1997, Turnbull became one of the main presenters on BBC News 24, as it was called back then.

Turnbull joined BBC Breakfast in 2001 as a presenter alongside Sian Williams.

They worked together until 2012 when Williams departed after the programme moved from London to Salford.

The former prime minister said: ‘Bill, throughout your career you have brought us the news from around the world, from war zones to the White House, but for the last 15 years we’ve been used to seeing you present from one iconic location – the BBC Breakfast sofa.

‘Now the day has come for you to swap that sofa for a bed and those long-awaited lie-ins. So on behalf of all the people who are used to starting their day with you, thank you.’

During those 15 years, the nation had woken up to Turnbull’s calm, reassuring manner.

However, in July 2015 he made an embarrassing slip-up live on air.

The Guildford-born broadcaster appeared to say ‘c***’ instead of ‘client’ while referring to reaction to a public health story.

In a statement, the BBC said he had ‘unintentionally stumbled’ over his words.

It was one of his most memorable moments on BBC Breakfast.

As a household name, Turnbull made numerous television appearances away from Breakfast.

He was a presenter on BBC One’s long-running Songs Of Praise.

In 2005, he competed as a contestant in the third series of Strictly Come Dancing. Partnered with Karen Hardy, he was the seventh celebrity voted off the show.

Turnbull also participated in ITV’s Who Wants To Be A Millionaire?; the BBC’s Celebrity Mastermind, Would I Lie To You?, Pointless Celebrities, Room 101 and Through The Keyhole, and he appeared in dictionary corner on Channel 4’s Countdown.

Arguably his most famous role came in a 2011 Doctor Who episode, The Wedding Of River Song, in which he played himself.

Turnbull’s passion for beekeeping led to the 2011 publication of his book The Bad Beekeepers Club, a humorous account of the ups and downs of the hobby.

In 2018, aged 63, he announced he had been diagnosed with advanced prostate cancer, and said he had been taking cannabidiol to tackle his symptoms.

Turnbull was filmed smoking cannabis with a vape for a Channel 4 documentary – Bill Turnbull: Staying Alive – following his attempts to find suitable treatment.

In his final years he presented a weekend radio show on Classic FM and appeared as a guest presenter on The One Show.

On a number of occasions in 2020 and 2021, Turnbull reunited with his former BBC Breakfast co-host Susanna Reid as a guest presenter on ITV’s Good Morning Britain.

The pair fronted Breakfast together until 2014, when Reid left to join ITV.

In October 2021 he announced he was taking ‘a leave of absence’ from his weekend programme on Classic FM for ‘health reasons’.

The Wycombe Wanderers supporter was quoted on the club’s official website, from an interview with Prostate Cancer UK, as saying: ‘There’s a special atmosphere about Wycombe Wanderers because of where it is, such a lovely rural setting, and it’s small enough still to have that real club feeling about it where people do care about each other.’

He is survived by his wife Sarah, who he married in March 1988, and their three children.

'Louis Vuitton: Virgil Abloh' Is a Testament of the Groundbreaking Partnership
Recent Posts