Fracking ban could be axed in days in gas supply boost, source says

Fracking ban could be axed in days in potential boost to our gas supplies, source says

The ban on fracking could be lifted within days if a scientific review finds the risk of earth tremors can be minimised.

The British Geological Survey is due to report to ministers on whether new techniques could limit the potential effects of fracking for natural gas.

The ban was imposed in 2019 over concerns about earth tremors and the impact on the Government’s net zero emissions target.

A Government source said safety concerns remained paramount, but added: ‘The war in Ukraine has shifted the dial on this. 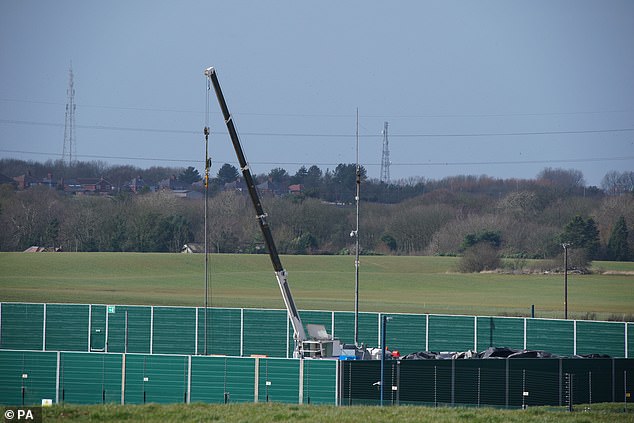 The ban on fracking was imposed in 2019 over concerns about earth tremors and the impact on the Government’s net zero emissions target. The industry looked set to be wound up in the UK earlier this year, with fracking firm Cuadrilla ordered to fill in its last two remaining wells in Lancashire. Pictured: The Cuadrilla fracking site in Blackpool

‘Russia’s actions have made security of supply a bigger issue. And… gas produced here will have a lower carbon footprint than gas we are importing.’

Britain has vast reserves of shale gas underground. Some experts say 10 per cent of the resources would make the UK self-sufficient in energy for 50 years.

The new report has been completed but is now being peer-reviewed in the United States, where fracking is a major industry, before being handed to ministers.

More than 30 Tory MPs signed a letter this year calling on the Government to lift the ‘un-Conservative’ ban on fracking. 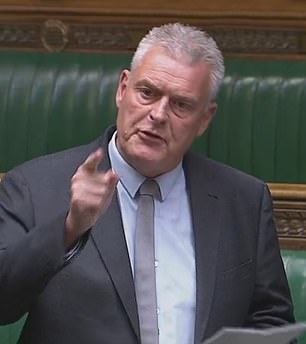 Mr Anderson, a former coal miner, said: ‘I’m very pro-fracking – we should be making the most of our natural resources if it can be done safely.

‘If the United States hadn’t gone for fracking a few years ago then the whole world would be in trouble now. We could be enjoying the same low prices as them.

‘Of course it has to be safe but we also have to be offering massive financial incentives to local communities – I think if you did that you would see a lot of opposition melt away.’

Fracking is widely exploited in the US where it has helped revolutionise the oil and gas industry. Critics argue that the UK’s denser population, coupled with different geology, make it impractical.

They appeared to have won the argument in 2019 when the government imposed a moratorium on further exploration.

The former fracking tsar Natascha Engel quit her post that year, saying ‘ridiculous’ government rules amounted to a ‘de facto ban’ on an industry that was on the cusp of an ‘energy revolution the like of which we have not seen since the discovery of North Sea oil and gas’.

The industry looked set to be wound up in the UK earlier this year, with fracking firm Cuadrilla ordered to fill in its last two remaining wells in Lancashire.

But the firm was given a last minute reprieve in the wake of Russia’s invasion of Ukraine.

The moratorium followed an earth tremor at Cuadrilla’s site near Blackpool in August 2019, which measured 2.9 on the Richter Scale – far above the 0.5 limit set by ministers.

It's a Bowie-bie doll! New figurine in the image of the pop legend
Recent Posts