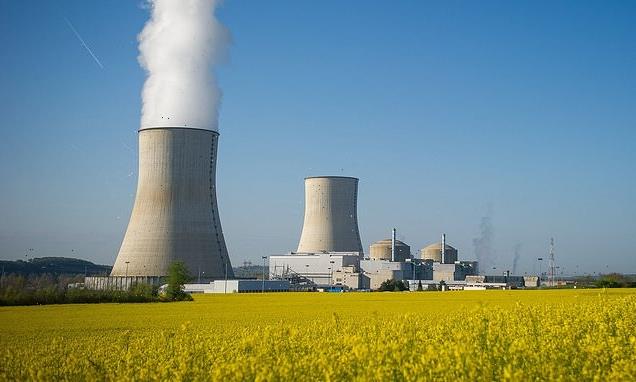 France has warned companies they may have to ration energy this winter as Russia continues to squeeze its supply to Europe, causing record-high prices.

‘If we act collectively then we can overcome the risk of shortages, but unless everyone takes part and if all the bad-case scenarios come together then we could be forced to impose reductions on consumers,’ she told the Medef business group.

‘If we end up with rationing, companies will be the most affected and unfortunately we need to be prepared for it,’ she continued.

She said the government was already drawing up contingency plans which included a ‘quota trading system’ that would enable companies to buy and sell power quotas.

The government was also preparing measures to support companies, she said. 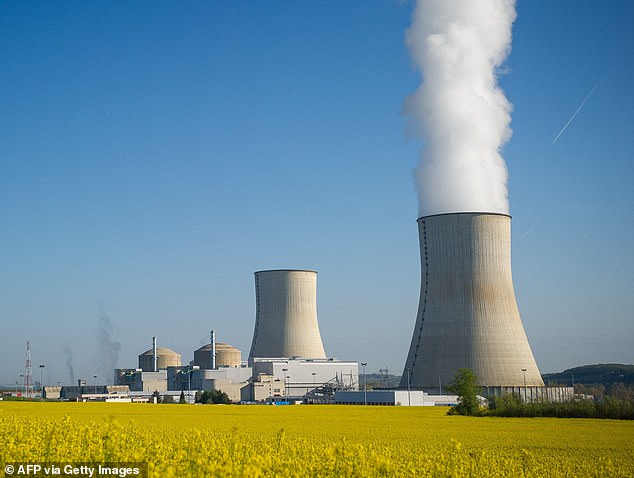 France has warned companies they may have to ration energy this winter. Pictured: A cooling tower is seen at one of France’s nuclear power plants. France generates some 70 percent of its electricity from a fleet of 56 nuclear reactors, 32 are currently offline either for routine maintenance or to evaluate corrosion risks

‘Every company needs to mobilise and act. I call on everyone to establish their own energy-saving plans in September,’ she said, while stressing that the crisis caused by record-high energy prices would help the transition away from fossil fuels.

‘The months ahead are just a step in the bigger transition that we need to make.’

France is more sheltered than many European countries from the surge in gas prices caused largely by Russia’s decision to reduce its exports to Europe after its invasion of Ukraine in February, in an attempt put pressure on Kyiv’s allies.

France generates some 70 percent of its electricity from a fleet of 56 nuclear reactors, but 32 are currently offline either for routine maintenance or to evaluate corrosion risks.

Countries such as Germany and Italy, more heavily reliant on Russian gas imports for their energy, have been building up storage levels ahead of the cold winter months when demand peaks – fearing what could happen when the cold bites.

German Economy Minister Robert Habeck said on Monday that German gas storage facilities were more than 80% full and he expects prices to retreat. Italy has hit a similar level, giving a cushion against further supply shocks.

Also on Monday, Ukraine’s President Volodymyr Zelensky accused Russia of economic terrorism as the cost of Europe’s energy crisis spiralled, with Germany on the hook for at least 19 billion euros to bail out its biggest importer of Russian gas. 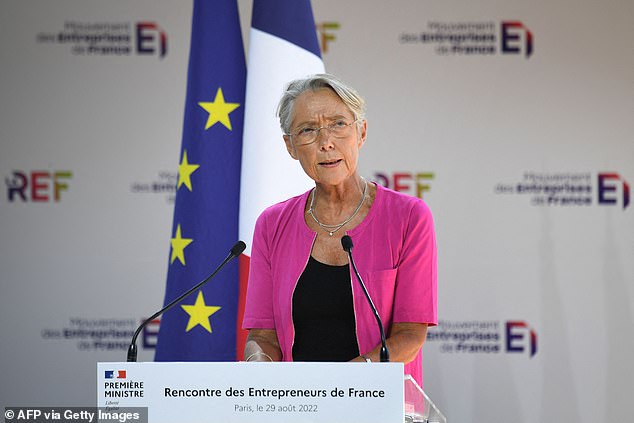 How to respond to the crippling impact of soaring energy costs on business and households is top of the political agenda across the continent as autumn approaches.

The Czech Republic, which holds the rotating European Union presidency, called an emergency meeting of energy ministers for Sept. 9 when it will propose a cap on the price of gas used for electricity production.

‘What is going on is really a pan-European problem, it has an impact on all countries, on some less and on some more. And that is why we are convinced the best solution is a Europe-wide solution,’ Czech Industry Minister Jozef Sikela told a news conference.

German benchmark power prices for 2023 breached 1,000 euros per megawatt hour for the first time on Monday as supply concerns kept prices of gas and related fuels such as electricity and coal sky-high.

‘It is exerting pressure with price crisis, with poverty, to weaken Europe,’ Zelensky told the audience via a translator. 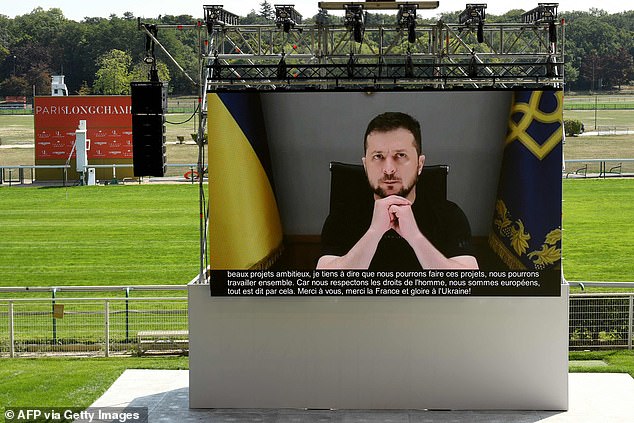 Ukraine’s President Volodymyr Zelensky appears on a giant screen as he addresses the summer conference of French entrepreneurs association MeDef, on August 29, 2022 at the Hippodrome de Longchamp racetrack in Paris

His comments come as Russia’s Gazprom plans maintenance this week that will halt gas flows along the Nord Stream 1 pipeline that links Russia and Germany via the Baltic Sea.

The outage has fuelled fears that Russia is curbing supply to put pressure on Western nations opposed to its invasion of Ukraine, a charge Moscow denies.

Economy Minister Habeck, meanwhile, stressed that Germany will not allow a Lehman Brothers-style domino-effect to happen on its gas market.

‘I promise on behalf of the German government that we will always ensure liquidity for all energy companies, that we don’t have a Lehman Brothers effect on the market,’ said Habeck, referring to the U.S. investment bank’s collapse, which helped trigger the 2008 financial crisis.

There was a less upbeat prediction from the head of gas major Shell who warned the gas shortages could persist.

‘It may well be that we will have a number of winters where we have to somehow find solutions,’ Shell CEO Ben van Beurden told a news conference at the industry meeting in Stavanger.