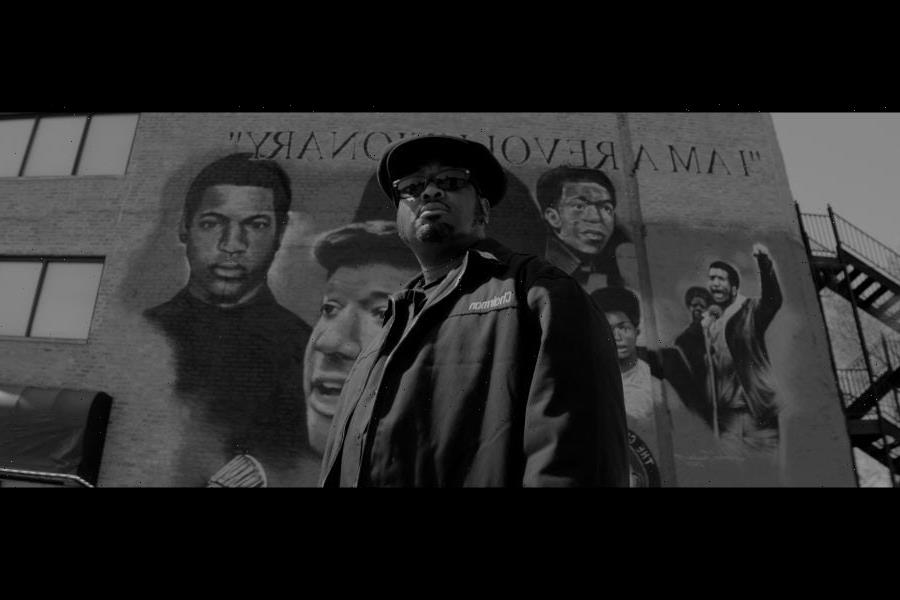 Just before Chairman Fred Hampton Jr. and I connected over the phone last Saturday, he received a text message from a schoolteacher. Hampton had shared a short documentary about his father—the Black Panther Party leader memorialized in the Ryan Coogler-produced Judas and the Black Messiah—and the teacher was grateful for the short film. It was a full circle moment hearing from the educator: he teaches at the same elementary school Fred Hampton attended as a child.

The son of a Black Power movement that was maligned, Fred Hampton Jr. understands the importance of correcting the narrative. And in an era when Black terms and concepts—from critical race theory to intersectionality to “woke”— continue to be co-opted and mischaracterized by the right and mainstream media, that work remains pressing. For Hampton Jr., reintroducing a new generation to his father’s life and the revolutionary group in which the elder Hampton was a key figure is a large part of his struggle.

Hampton Jr. spoke exclusively with ESSENCE about the importance of radical politics and the launch of the Judas and the Black Messiah educational guide, perfect for educators and anyone seeking more comprehensive lessons on the Panthers, now available here.

This interview has been edited for clarity and length.

ESSENCE: What is it about today’s climate that you think makes the film’s educational guide especially important?

We are continuously reminded that the issues the Panthers and the Black Panther Party Cubs have been addressing for quite some time are still here. We were told that we were in a post-racial society. But the reality is—with the cases of George Floyd, Breonna Taylor, and countless cases throughout the country—we cannot afford a politically correct conversation, or just one during election time, or when Black History month comes around [to educate our people] when we are on the verge of becoming history.

There was so much misinformation in regards to the Black Panther Party. I’ve been reminded that the government did not only have military attacks against the party, but there remain attempts to malign the legacy of the Party [today]. People just thought it was a racist group or some gang with leather jackets and guns. The Party was a revolutionary organization with a platform. There was a criteria where you had to engage in six weeks of political education to become a member. You could see the impact of this education not just on members, but their family and the community in general. The Panthers wedded theory with practice, and turned communities into classrooms.

ESSENCE: We have some criminal justice legislation that has been proposed throughout the country. Can you talk about how the Panthers were fighting to have better public safety for years and how that legacy might manifest in the types of reforms people are calling for now?

ESSENCE: Can you speak more about what it means to “heighten the contractions” of the police?

They’re considered an entity that is paid to serve and protect our community. But we can look at the footage of George Floyd, and before his murder, the community had fear, grown Black men and women. You go to other communities and see how the police are viewed and respected. There’s war that’s being waged on our people and our community. We have to be upfront about that dynamic.

ESSENCE: The guide talks about the Panthers choosing a framework of socialism to fight for liberation as opposed to capitalism. Do you think that’s still necessary?

Under socialism people can produce what they consume, and consume what they produce, as opposed to the exploitation of capitalism which was birthed by the exploitation of Black people [during the trans-Atlantic slave trade]. People think that simply becoming financially stable alone will address all the issues we have in our communities. But capitalism is a system that, in order to be successful, people have to be in prison and exploited, like drug dealers who need people with habits. And Black people have been those on the other end of the barrel of the gun and the other end of the police knee. It may be a few people that get benefits, but for the masses of our people, it’s been detrimental.

ESSENCE: To close out, what most do you want readers to leave with in understanding your father’s legacy?

I’m hard-pressed to limit it to a few words. But Chairman Fred was a Black Panther, mind, body, and soul. He was a servant of the people. He was a revolutionary. People hear those terms and think it’s cliché. But serving the people was intertwined with him. It wasn’t a nine to five. Law enforcement still shoots up his tombstone. He was inspiring, even before the acknowledgments of the Oscars and Golden Globe awards. We hear reports from prisoners [throughout the country] who have seen snippets of the film, and they’re having conservations about how Chairman Fred impacted various people and organizations. He wasn’t a role model, he was a real model for our people.

Dolly Parton on Her Plastic Surgery; 'I Look at Myself Like a Show Dog'
Recent Posts