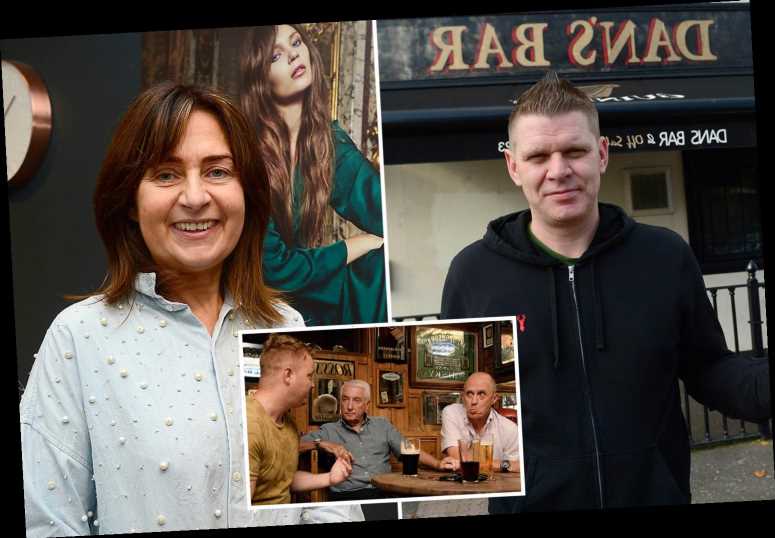 THE row over a Covid circuit breaker in England is hotting up after Boris Johnson dismissed Labour’s call for a short-term national lockdown at today’s Prime Minister’s Questions.

But as politicians squabble over the best way forward, pubs and shops across the Irish Sea are already bearing the brunt of another lockdown. 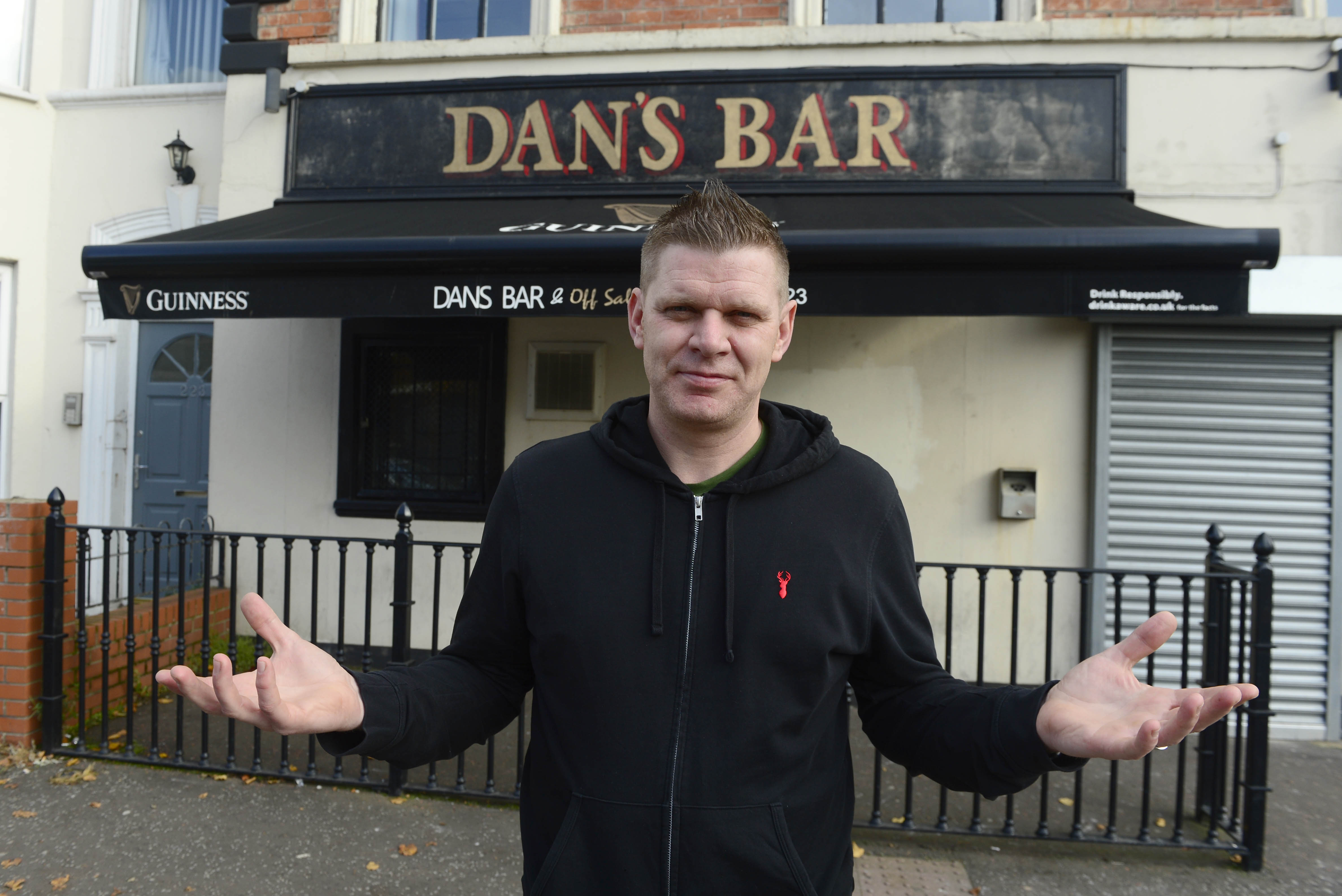 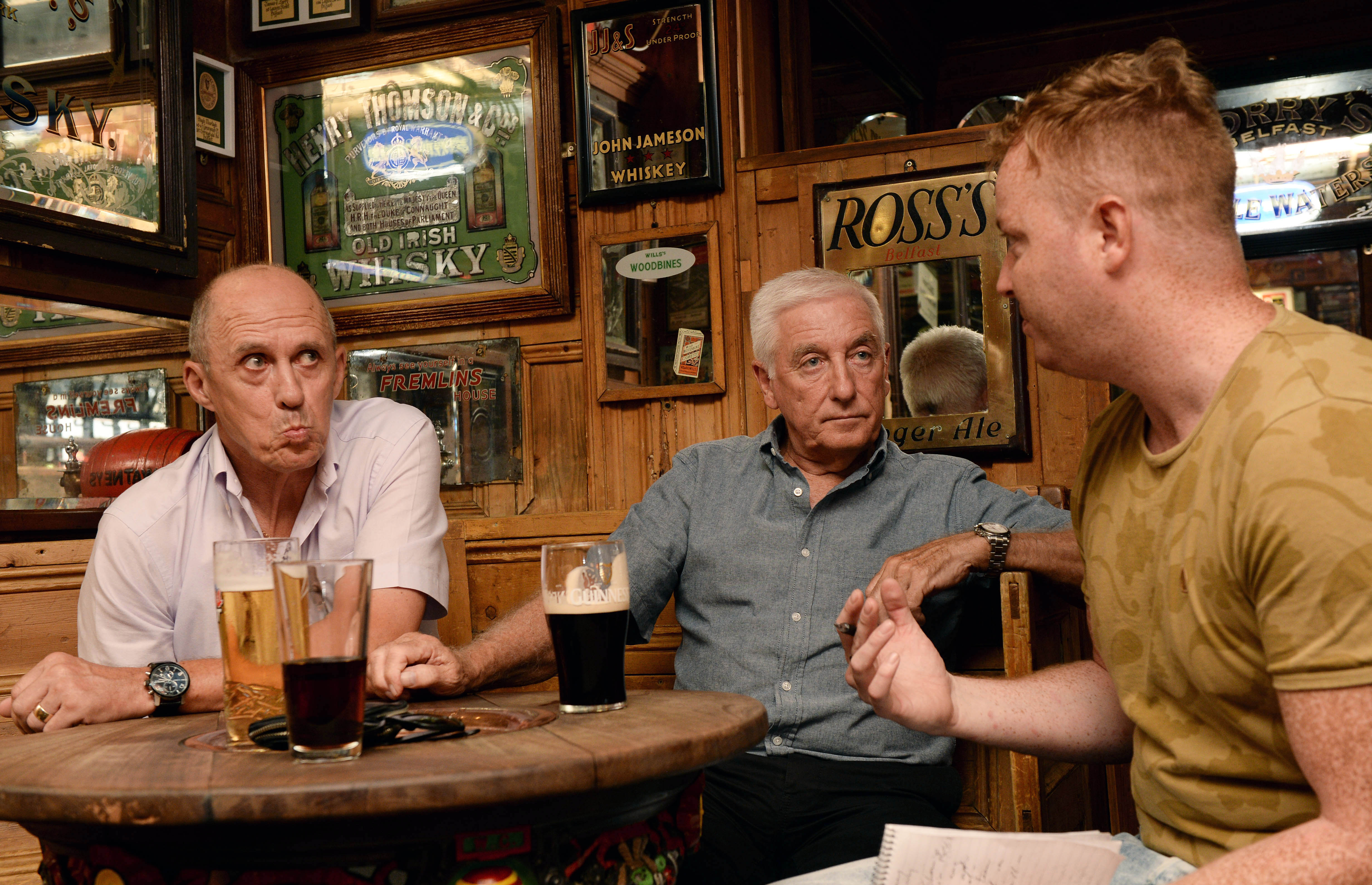 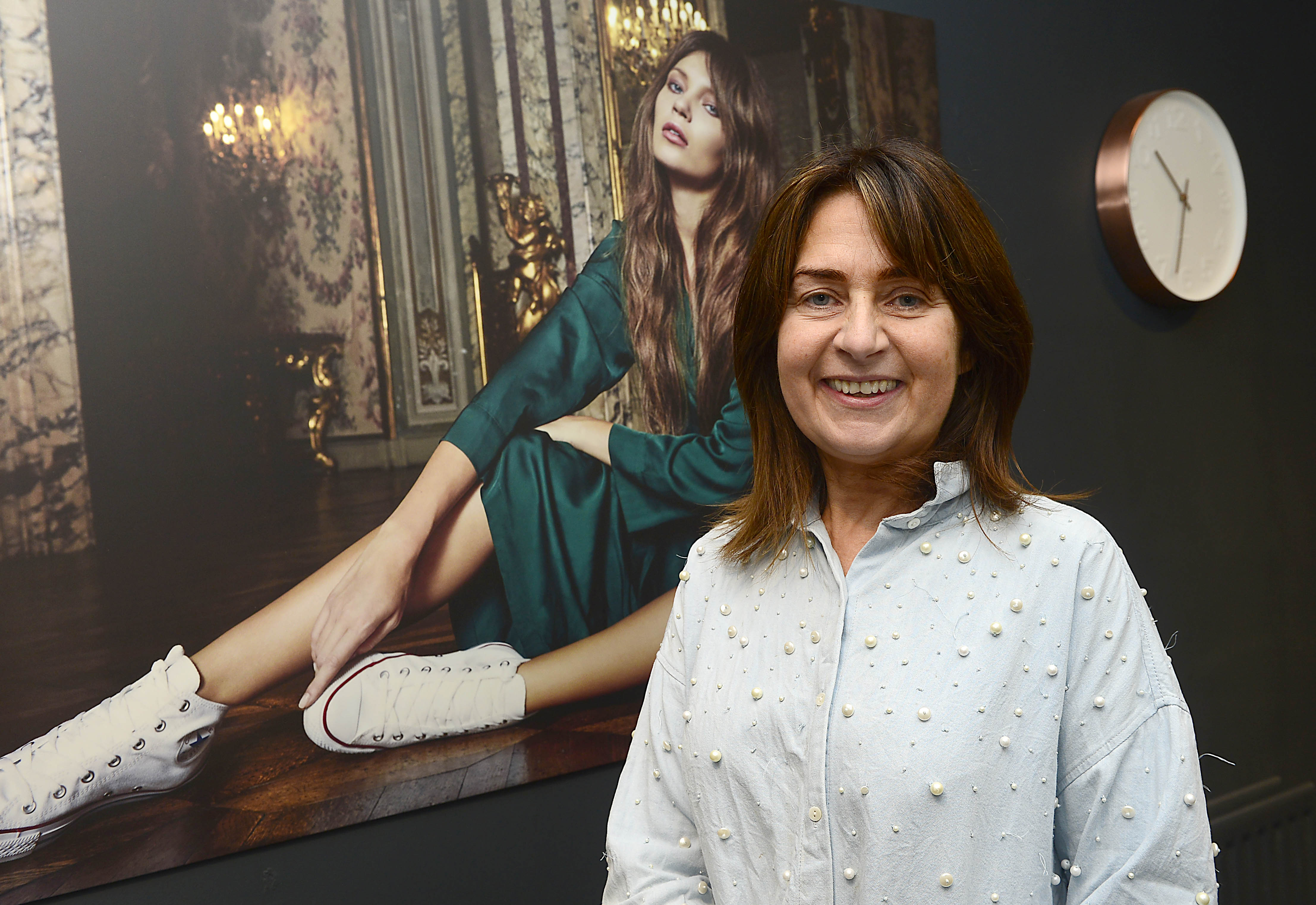 Northern Ireland is now subject to the strictest restrictions in the UK after infection rates rocketed to some of the highest in the world.

Schools and pubs are shut and funeral wakes are banned. Hotels are open for key workers only, beauticians and hairdressers are closed and almost all sport is banned.

Pubs can sell alcohol but only as a takeaway and only until 8pm – leaving landlords fearing for their future.

The Duke of York – one of Belfast’s most famous pubs – survived a 150lb IRA car bomb at the height of the Troubles and has battled through decades of economic hardship, but it is now in the fight of its life.

The popular music venue is shut as the new restrictions have transformed the normally bustling city centre into a ghost town just like the bad old days.

Duke of York owner Willie Jack, 59, said: “The Troubles were dark days. People did not feel safe and no-one went into the city centre on an evening.

“It was deserted and now we are back there all over again. It’s for a different reason but, just like with the Troubles, no-one knows when it will end.”

Before the pandemic struck Willie’s pub was one of the most popular in a city revitalised by a booming tourist industry.

Snow Patrol played their first ever gig there and it is rumoured to have the biggest selection of whiskies on the whole island. 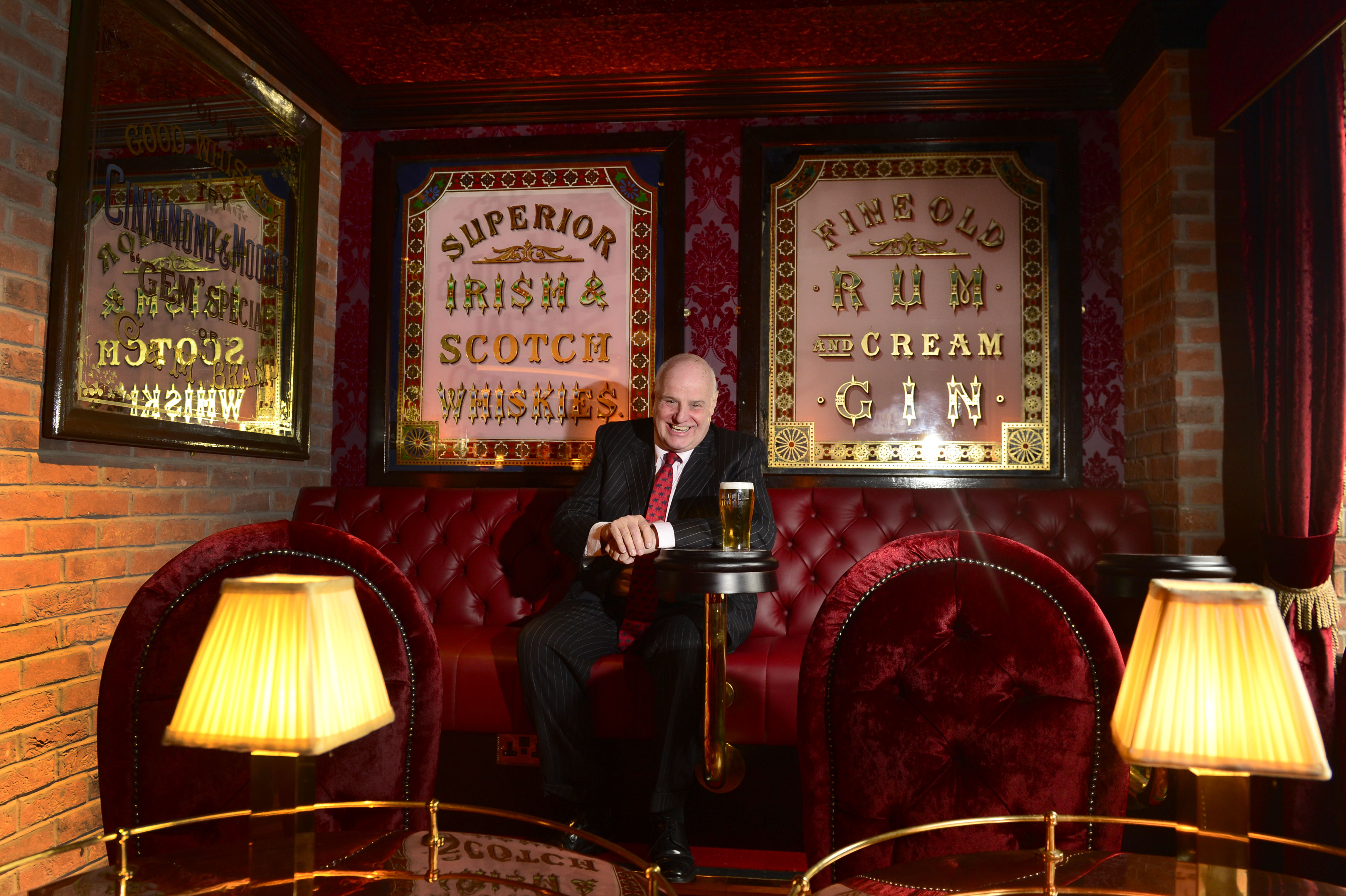 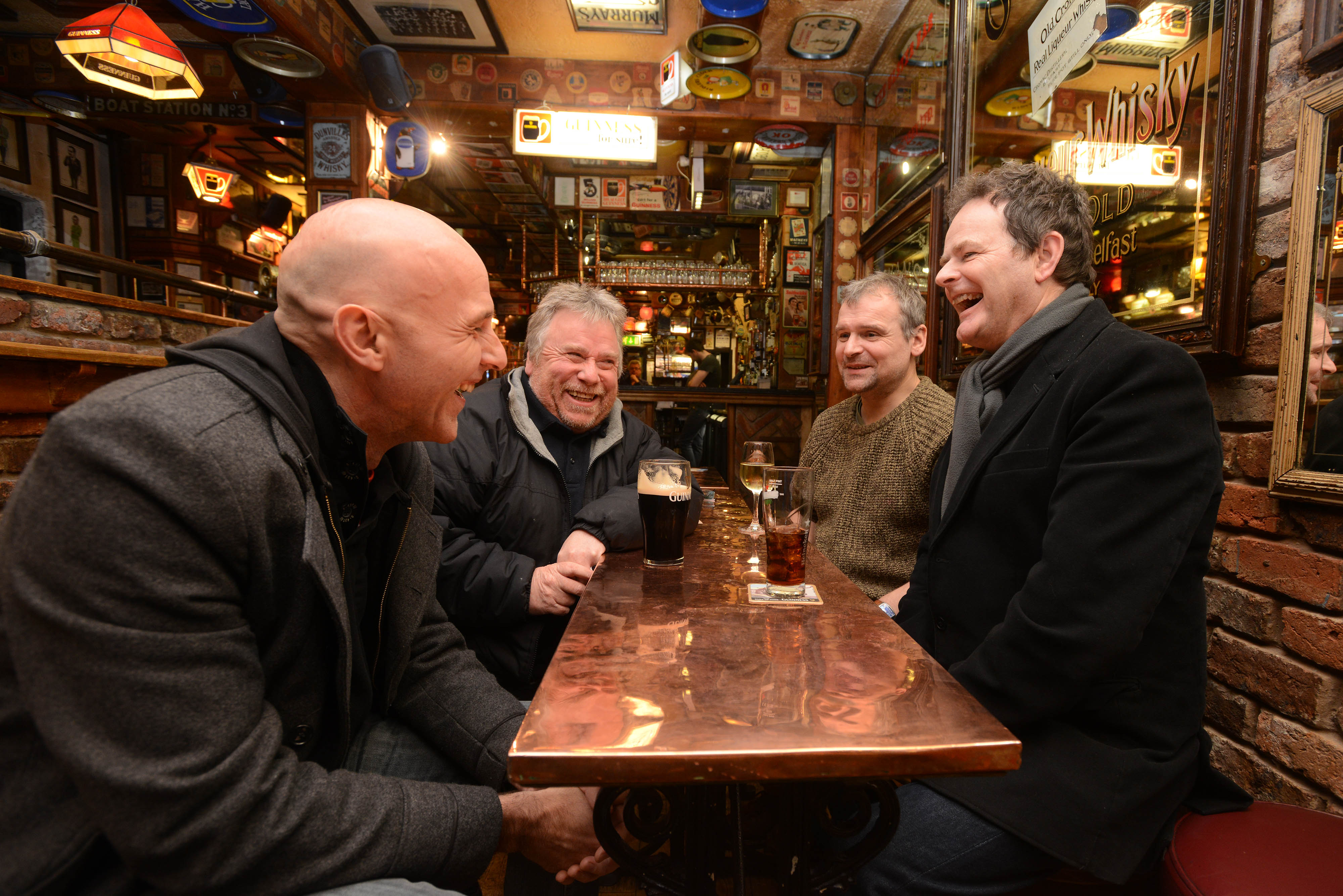 The pub was flattened in 1973 when a bomb went off outside. Thankfully no-one was killed and the pub was rebuilt.

Now Willie, who has run it since the early 1980s, is facing a financial crisis.

But he is not the only publican in the city on a knife edge.

Two miles outside the city centre, Gerard Keenan, 41, runs Dan’s Bar just off the Falls Road in the heart of West Belfast.

It is only a few yards from the peace wall which separates Catholic and Protestant communities.

A plaque commemorating a local Catholic man who was murdered by Loyalists in 1989 just yards from Dan’s front door is fixed to the outside of the pub.

But the only talk among Gerard’s regulars these days is the new lockdown.

'OUR BUSINESS IS TREMBLING ON THE EDGE'

Gerard and his wife Sinead, 38, only opened three weeks ago for the first time since the March lockdown.

They have racked up more than £10,000 on credit cards to keep their business going.

Dad-of-six Gerard said: “Our business is trembling on the edge.

“Our income year on year is down 70 per cent. Which business can survive that?

“I don’t know how we will keep going.

“The Troubles were bad days but this feels different.”

The new rules were introduced after a massive spike in infection rates. The rate has reached 970 per 100,000 in Derry, one of the highest in the world.

Almost a half of the Province’s total number of 29,953 cases since the pandemic began were recorded in the last ten days.

Northern Ireland Health Minister Robin Swann said: "My heart goes out to all those businesses who will now come under even more pressure.

"But we have to support those struggling as a result of this pandemic and the measures introduced to fight it." 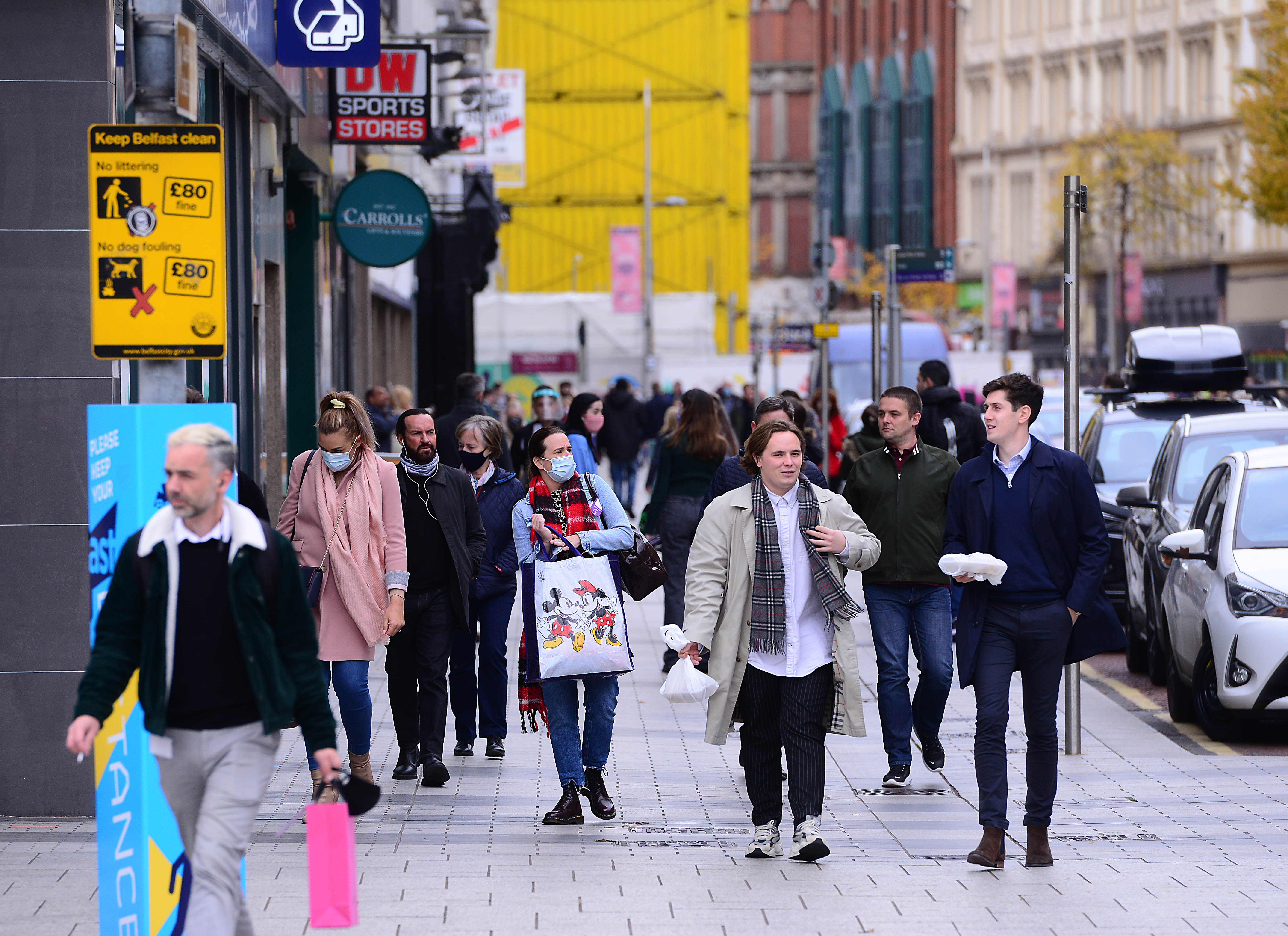 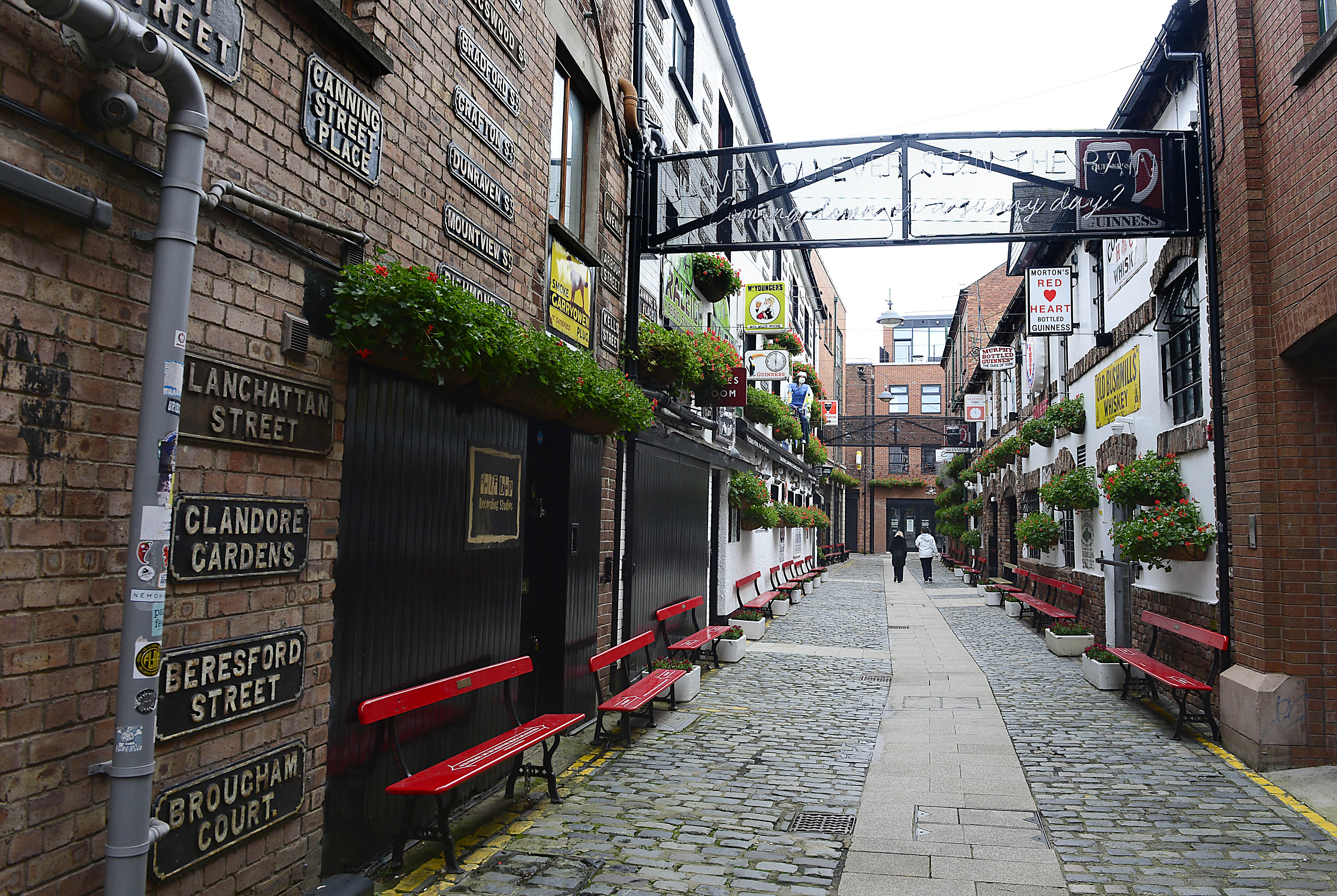 But not everyone agrees. The Belfast Chamber of Commerce branded the new restrictions an "economy-breaker" not a "circuit-breaker".

Tourism is worth £800m to the Northern Irish economy – but will be down 73 per cent this year.

Hotel bookings are down 63%, 128 cruise ships which were due to call at Belfast were cancelled and 23 conferences were scrapped.

But it’s not just the hospitality industry which has been hit.

Father Martin Magill told how some of his parishioners have not been back to mass since the first lockdown in March.

He said: “There is fear and apprehension.

“But there is also a very strong feeling of confusion. People are not sure who they can see and who they can’t.”

The Troubles may be in the past but religion still has a huge role in Northern Ireland.

Fr Magill, a parish priest on the Falls Road, is credited with helping to kick-start stalled power-sharing talks in the Stormont Assembly last year when he presided over the funeral of Lyra Mckee, the journalist shot dead by dissident Republicans.

During a powerful sermon he demanded of politicians in the congregation- including PM Theresa May: “Why in God's name does it take the death of a 29-year-old woman with her whole life in front of her to get us to this point?" 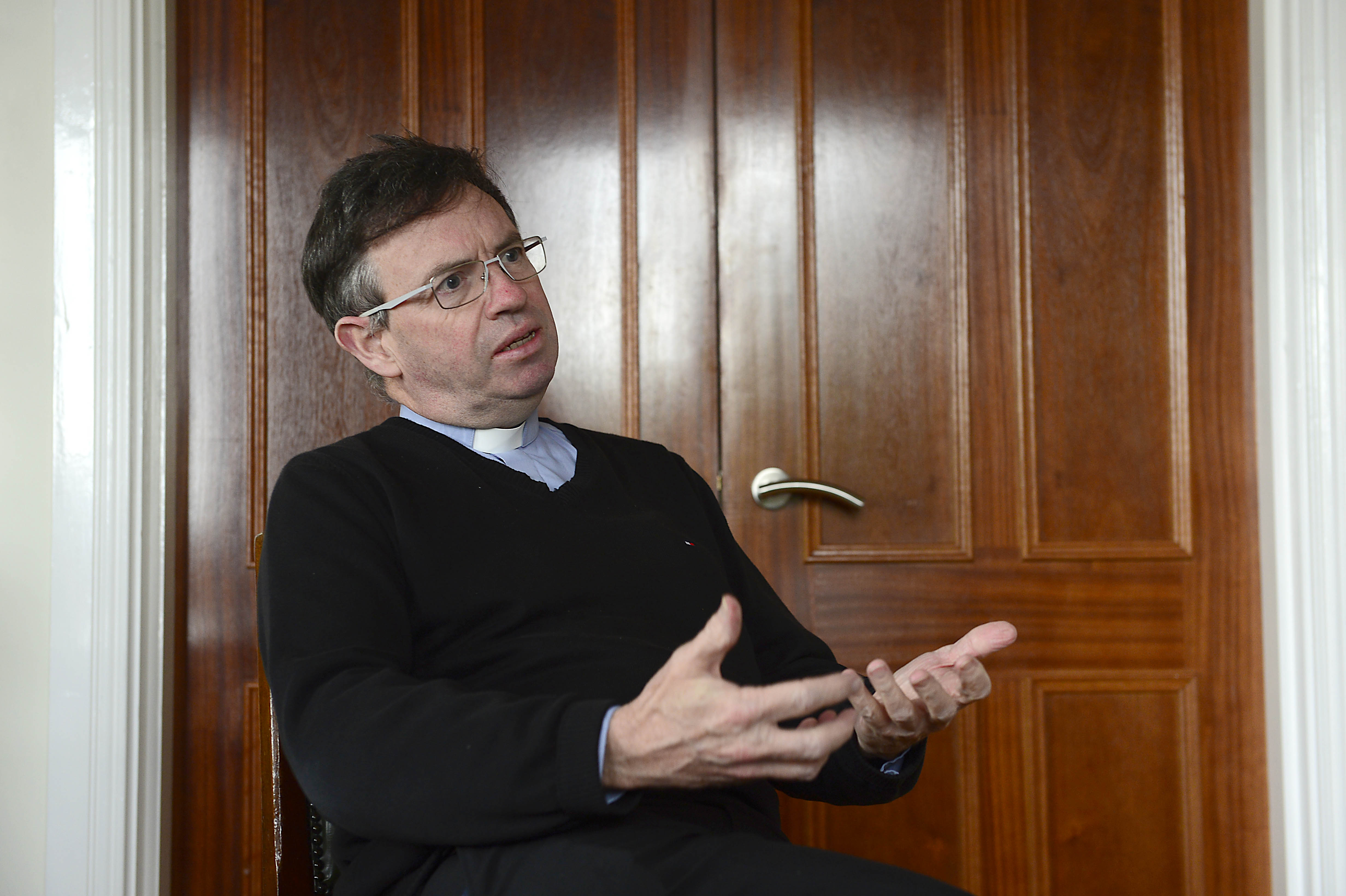 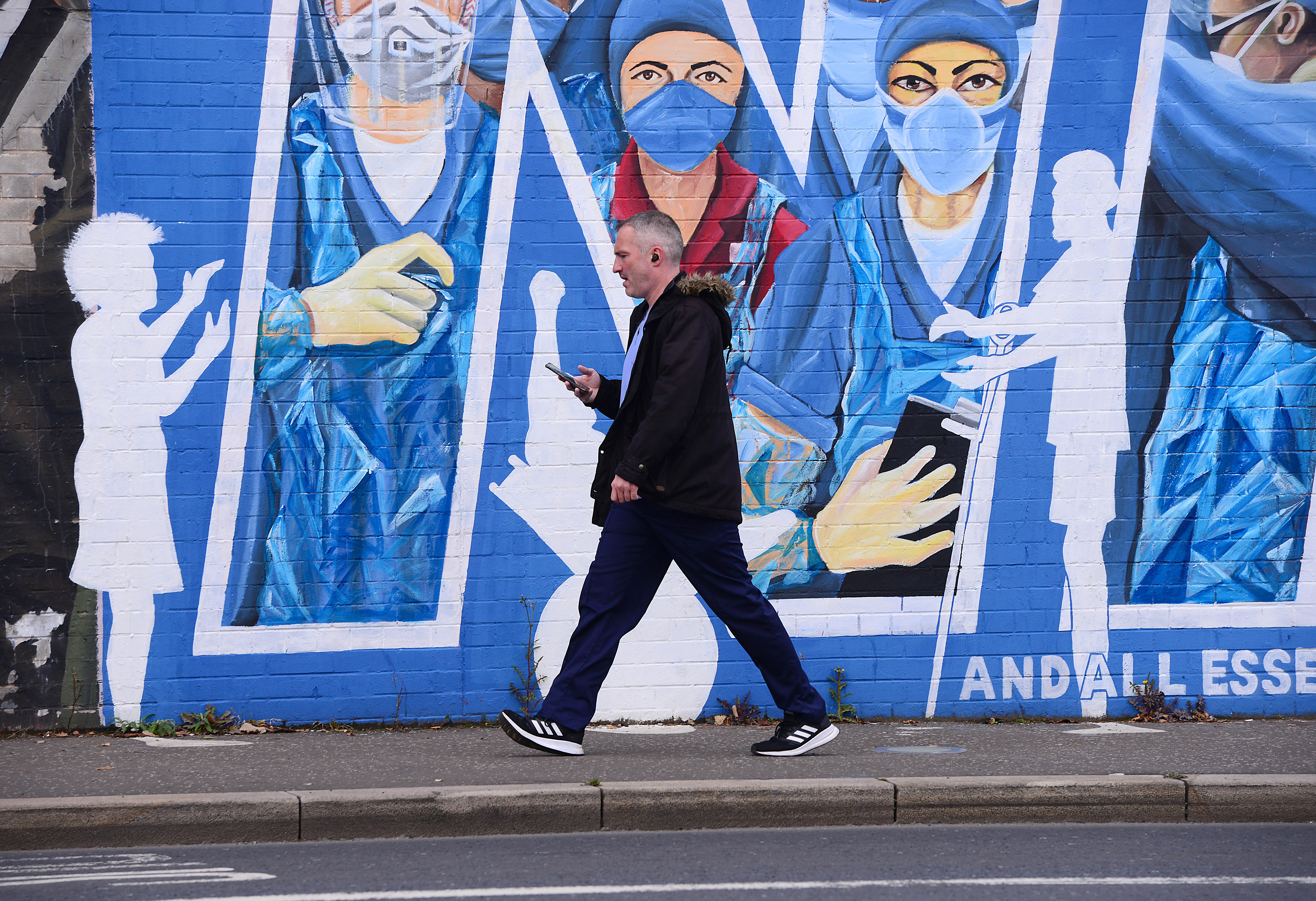 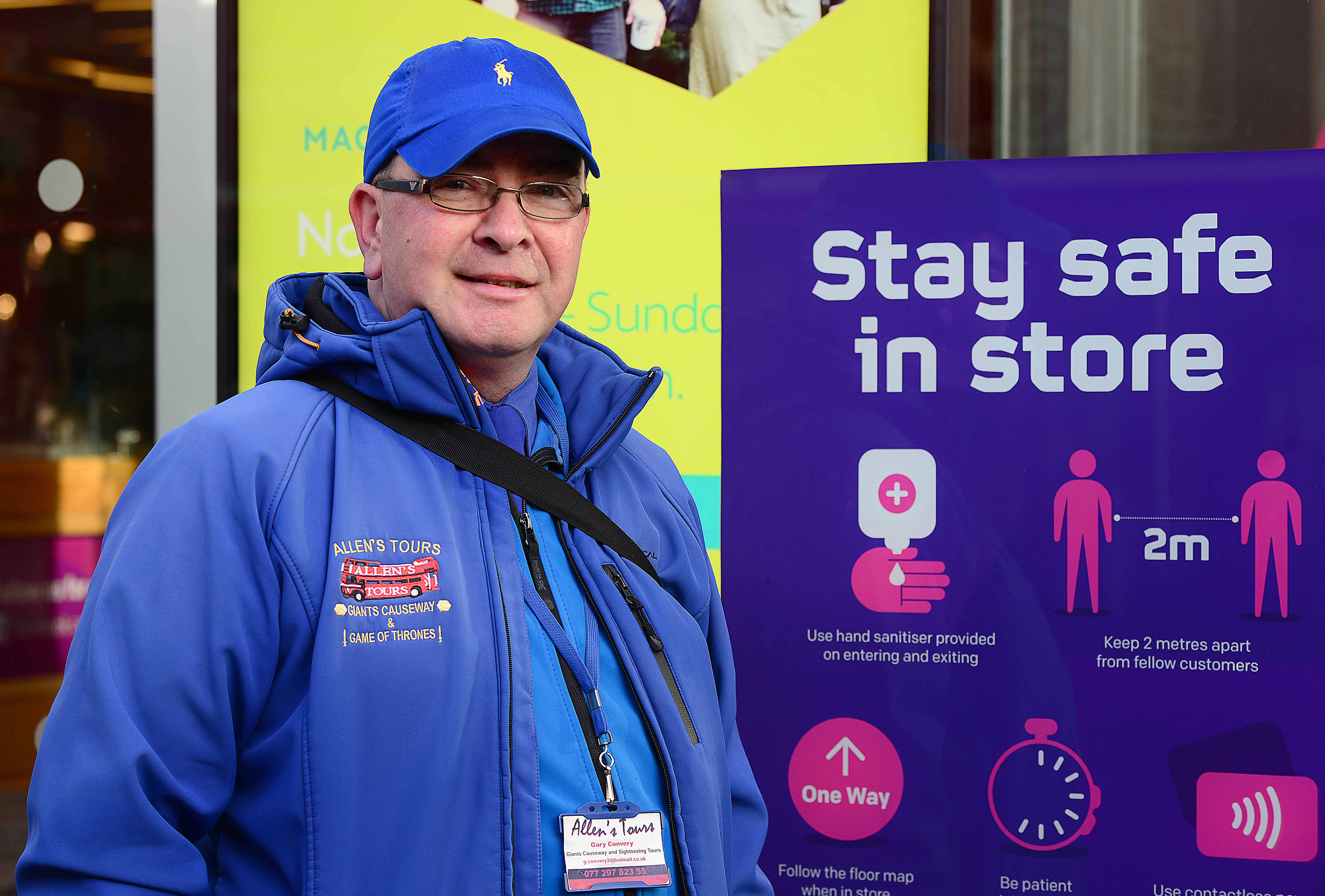 The 59-year-old priest grew up in north Belfast and has seen the violence first hand.

Life is more peaceful now but he reckons the character both communities had to show during the Troubles will help them beat the virus.

He said: “People here have had to be resilient.

“We have been through some really dark days. Some of the older people who came through that had to have a resilience and that will be still there.

“There is also a sense of hope – we have had to get through difficult things before and we will do again.”

Belfast is a transformed city since the IRA ceasefire in 1994 and the 1998 Good Friday Agreement saw an end to hostilities.

'QUIETEST IT'S EVER BEEN'

Tourists visit from all over the world and even the Troubles are a tourist attraction – before the pandemic black cabs would take hundreds of visitors each day on a tour of Republican and Loyalist murals and war memorials.

But cabbie Billy Scott, 60, said: “All the cruises ships have vanished. It’s the quietest it’s ever been.”

The open-topped buses which give visitors a tour of the city are all but deserted and ticket seller Gary Convery, 50, said: “I lost my house over this. I used to work 48 hours a week but my hours have been halved.”

Businesses across the city are worried for the future.

William Suitor, 47, and his brother Chris, 37, run one of the city’s oldest independent tailors and count Van Morrison among their clients.

William said: “The world is circling the plug hole.

“We sell business suits but no-one is going to the office any more so they don’t need suits.

“I am really worried for the future. Will footfall ever recover in the city centre?”

Beautician and hairdresser Denise McCluskey, 49, is furious she has to shut after making a huge effort to make her city centre salon Covid secure.

She said: “We have hand sanitisers, screens, masks and no infections. It’s crazy that we have to close.”

Back at the Duke of York, Willy reveals that despite all the doom and gloom the irrepressible Irish character means there is a glimmer of hope.

He is convinced the city – long divided along religious and sectarian lines – will unite to defeat a common enemy.

He added: “This will bring us together more than ever.

“Our shutters might be down and the lights might be off but we will survive. We will be back, bigger and stronger than ever.” 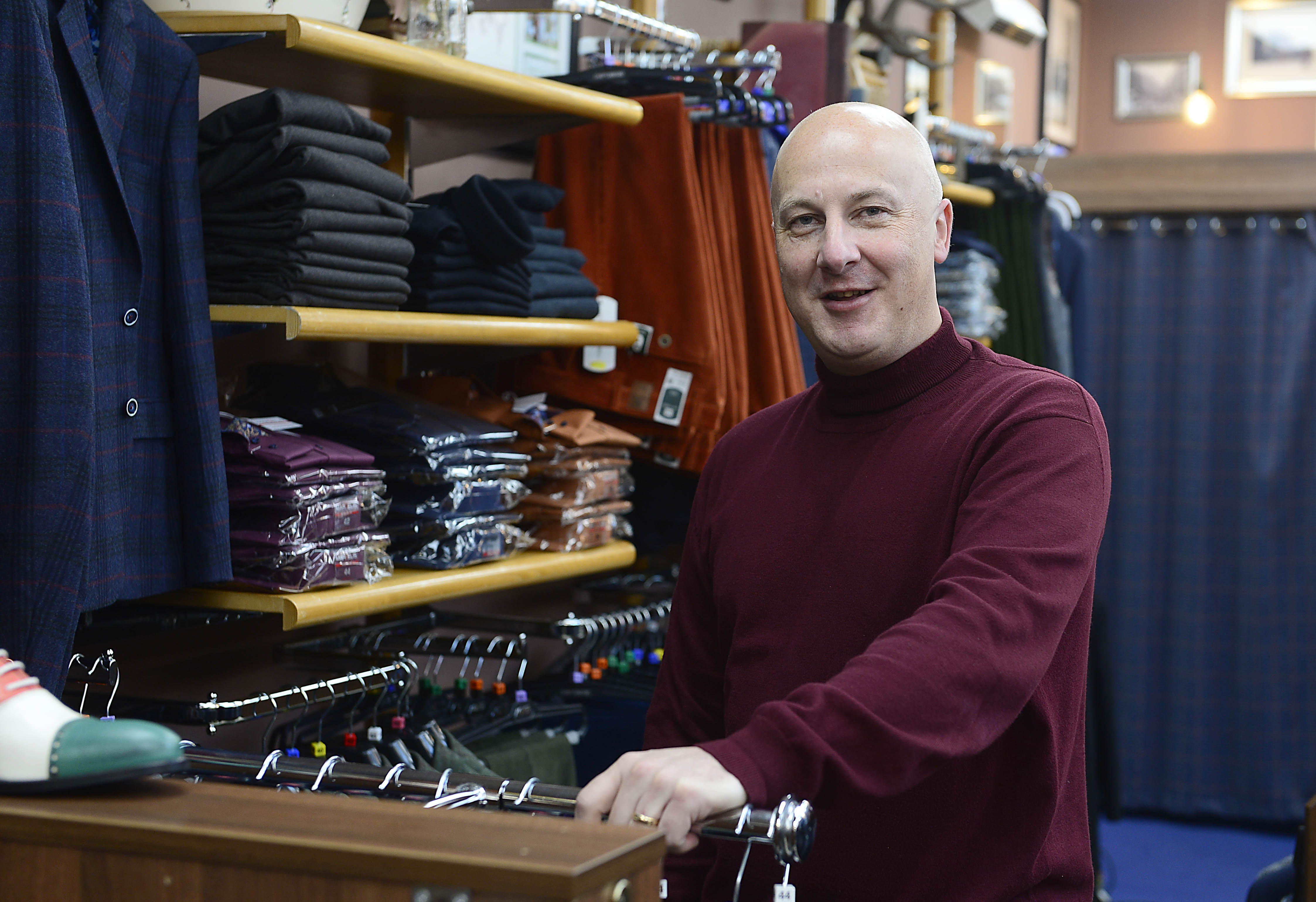 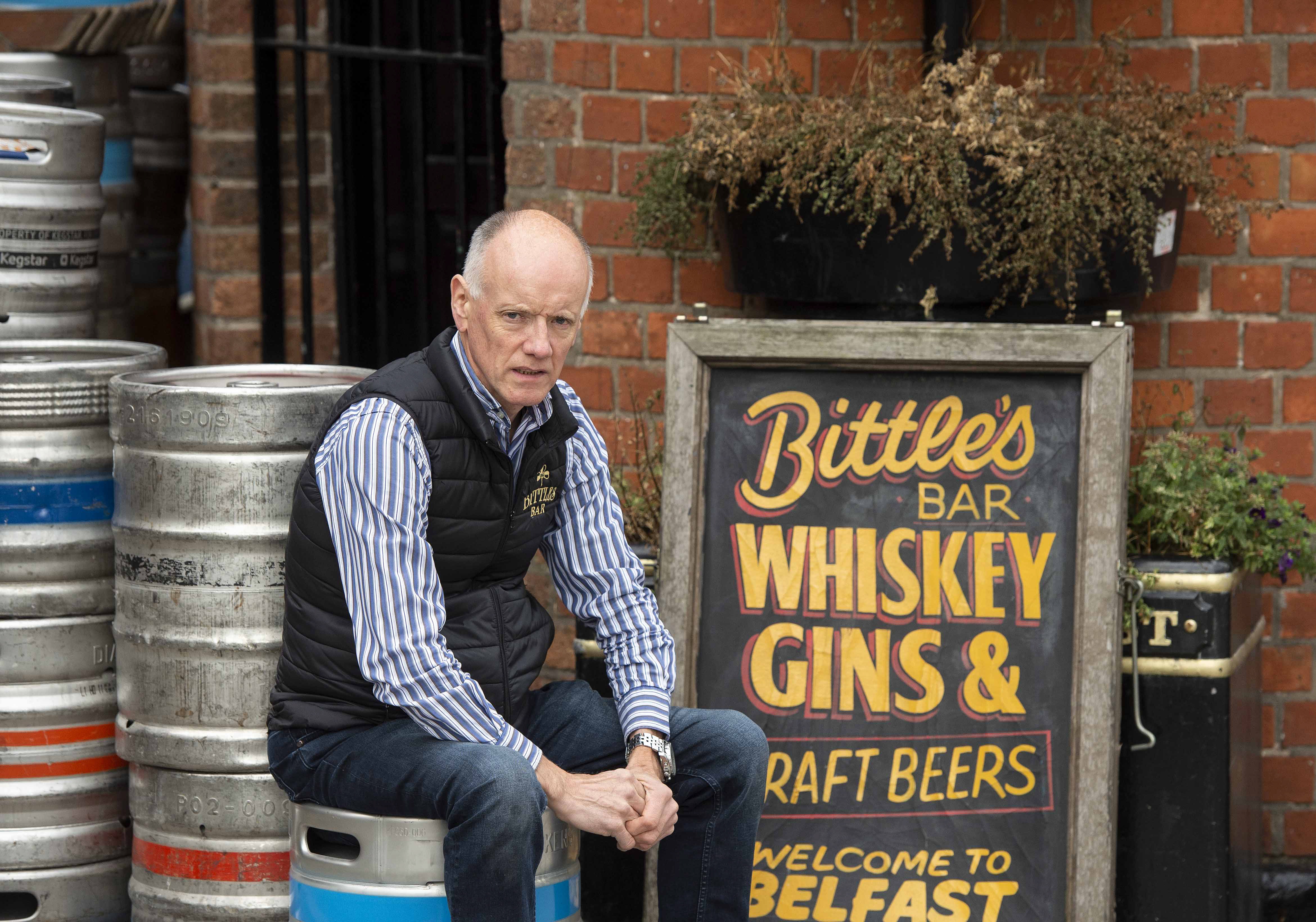 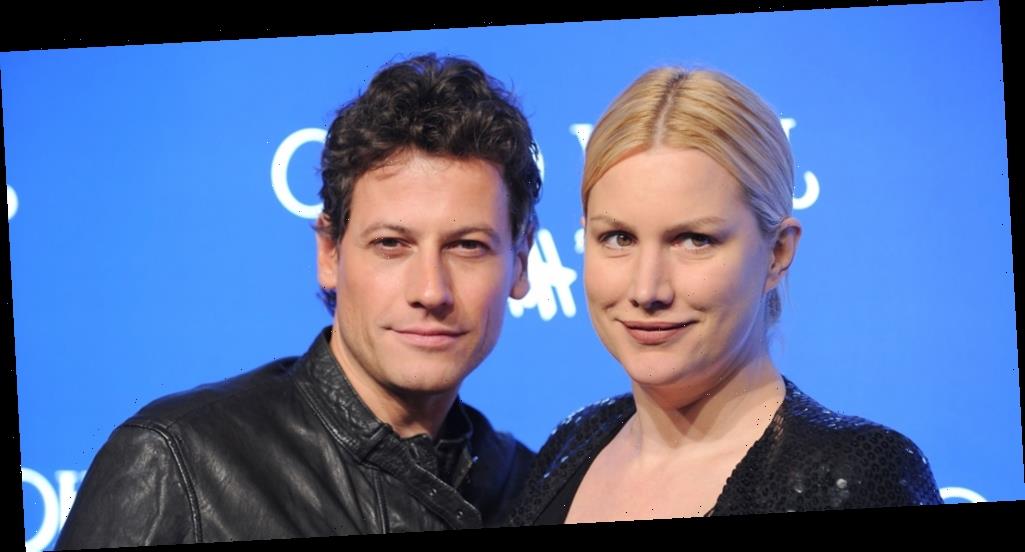 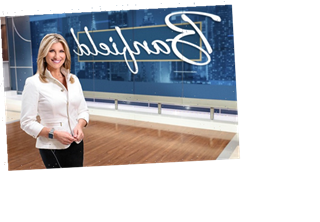