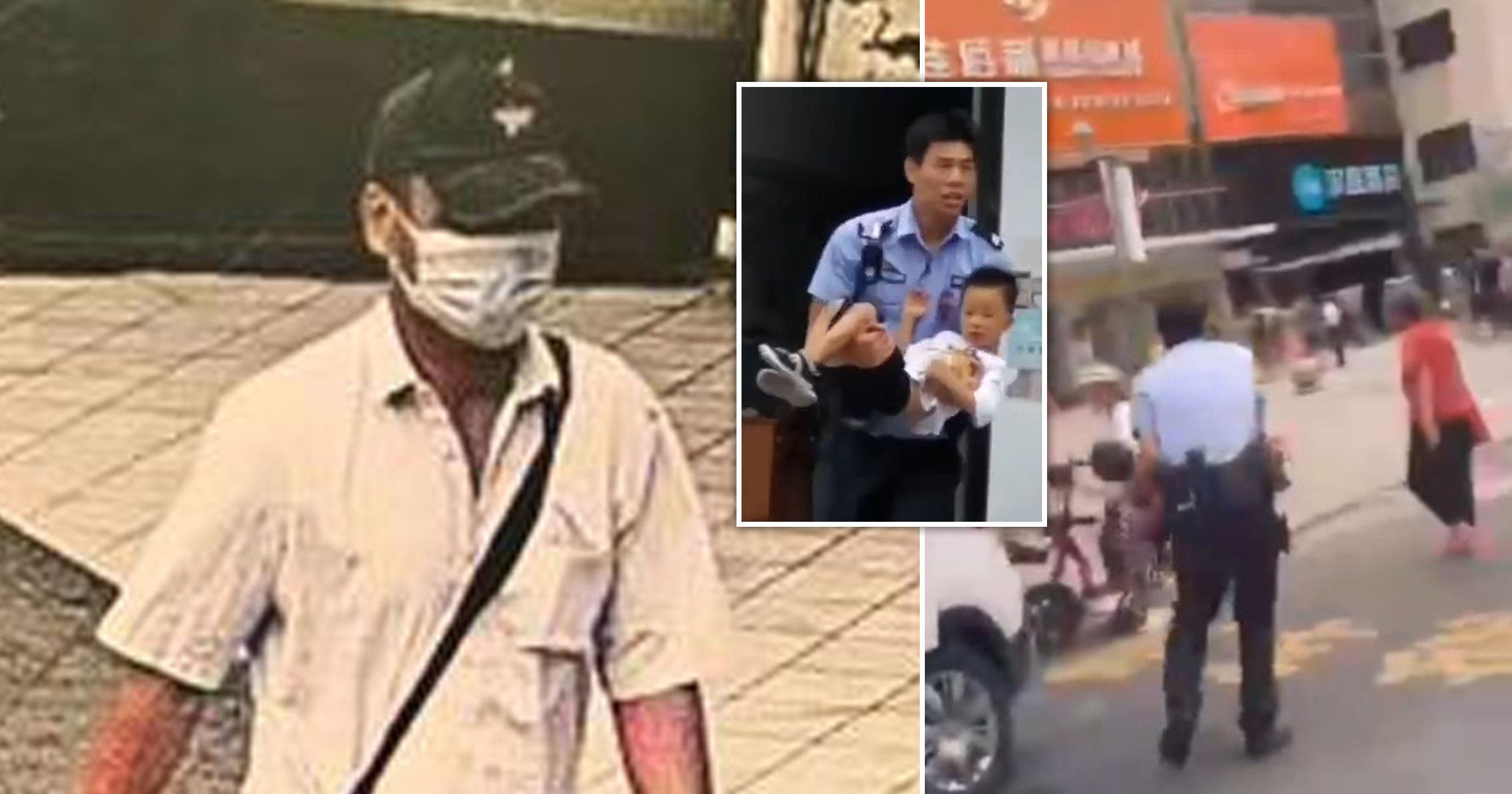 A ‘lone wolf gangster’ being hunted for the knife slaughter of four victims at a private nursery in China was killed on the run from cops when he was struck by a car.

Liu Xiaohui was named as the police’s prime suspect after a masked man was filmed storming a private kindergarten three days ago in China’s Jiangxi province.

Footage believed to be the 48-year-old showed the killer entering the nursery clad head-to-foot in white and cream apart from a black baseball cap.

Two victims were killed on the spot, another two later died in hospital from their injuries and a string of others were hurt.

CCTV shared by state-run Beijing Daily showed a police officer running from the carnage to an ambulance cradling a tiny child in his arms.

While fleeing a state-wide hunt hours after the bloodbath, Xiaohui cowered in a tunnel near a motorway.

Hearing the search party close in, he sprinted out of his hiding hole, scaled a fence and was struck by a vehicle while frantically trying to make his escape across the high-speed road, according to a police statement.

He was sent to hospital for treatment but died from his injuries, authorities added.

The ages of the nursery victims have not been announced.

Cops in Jiangxi last week branded Xiaohui a gangster in a post about the attack on China’s Twitter-style Weibo.

A police statement at the time added: ‘Public security organs are making every effort to hunt down the suspect.’

More CCTV of the attack showed shell-shocked children being carried from the building by adults presumed to be either parents or teachers.

China has ramped up security at schools following a spate of deadly attacks in recent years, mainly blamed on killers wreaking revenge for grudges against society or suffering mental illnesses.

Knife and axe attacks on children are distressingly common in China where private gun ownership is outlawed.

Homemade explosives and petrol bombs have also been used in
previous attacks.

Around 100 children and adults have been killed and hundreds injured over the past decade in apparently uncoordinated ‘lone wolf’ attacks in China in which the motive was unclear.

The mostly male assailants have either been killed, taken their lives or were put on trial and executed.

Acts of violence against China’s young strike particularly hard in the country due to its chronically low birth rate after decades of population control.

The attacks have prompted calls for more research into the causes of the eruptions in savagery on child victims.

Two youngsters were killed and 16 others wounded last April when a
knife-wielding maniac entered a kindergarten in southern China.

In 2020, another blade-carrying savage slashed 37 students and two adults at a primary school in southern China, with local media identifying a security guard as the perpetrator.

Later that year a man was sentenced to death for poisoning dozens of children in an act of revenge against a colleague that left one toddler dead.