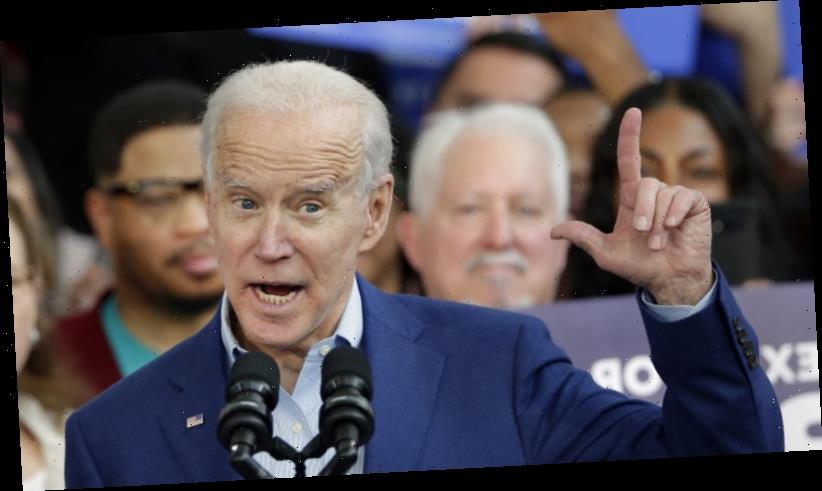 Washington: It's not yet guaranteed that Joe Biden will become the Democratic Party's presidential nominee.

But, regardless of the eventual result, the former vice president has staged one of the speediest and most stunning political comebacks in modern American history.

Just a week ago Biden's campaign was floundering. He'd bombed out with fourth and fifth placed finishes in Iowa and New Hampshire. His polling performance was in freefall, and his campaign was quickly running out of cash. 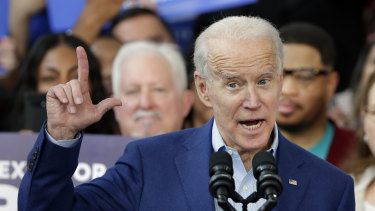 Bernie Sanders looked poised to surf his way to the nomination, riding a tidal wave of support from fired-up younger voters.

Polls showed him leading easily in the big "Super Tuesday" states where a third of total delegates were up for grabs.

Then the mostly black and socially-conservative voters in South Carolina slammed the brakes on Sanders' momentum.

They didn't want a big-spending, big-taxing democratic socialist to be their party's nominee. So they handed Biden, who was Barack Obama's loyal deputy for eight years, a crushing victory on Saturday (Sunday AEDT).

The South Carolina result changed the dynamics of the race instantly.

Moderate voters had previously been bamboozled by a large and fractured field of candidates. Now it was clear they had to unify behind Biden or Sanders would become the party's nominee.

Life, as they say, comes at you fast. 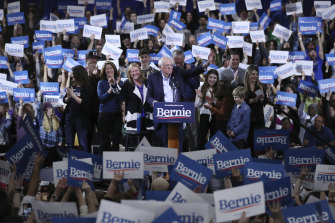 Bernie Sanders’ campaign is being propelled by an army of young voters.Credit:AP

The Democratic Party now faces an almighty generational schism, with older and younger voters starkly divided on both policy and strategy.

More so than race, class or gender, the defining factor in the Sanders-Biden battle is age – a remarkable fact given the men are 78 and 77 respectively.

Democrats under 45 are sick of incrementalism and done with playing it safe. They're drowning in student loans, face an insecure jobs market and find home ownership increasingly out of reach.

Donald Trump's shock victory has emboldened them to dream big and to take a risk on Sanders, who promises a "political revolution".

Democrats over 45 think nominating a far-left figure such as Sanders would guarantee four more years of Trump in the White House. They want practical outcomes, not grandiose promises: solutions, rather than revolutions.

The party is almost evenly split between these two factions, reflected in the close overall delegate count between Biden and Sanders.

Whoever becomes the nominee has a massive challenge ahead of them to unify the party before November, but that's a challenge for another day.

This race has a long way to go, but Biden is running free, the political winds behind his back.

When you eat parsley everyday, this is what happens to your body
Recent Posts