With a job strikingly similar to the hit action movie Taken, Jay Jordan, 39, uses his armed forces skills to reunite missing children with their heartbroken families. 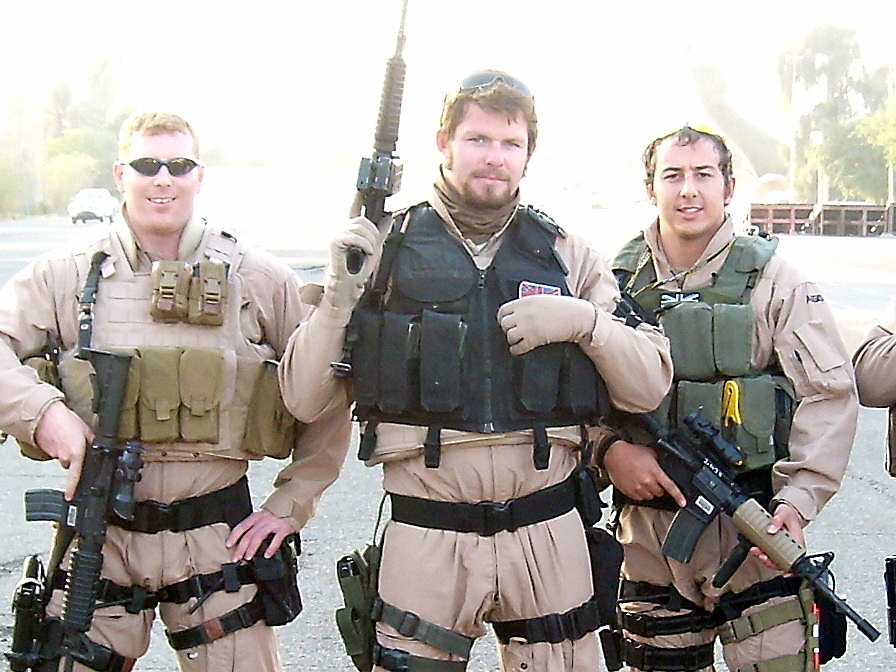 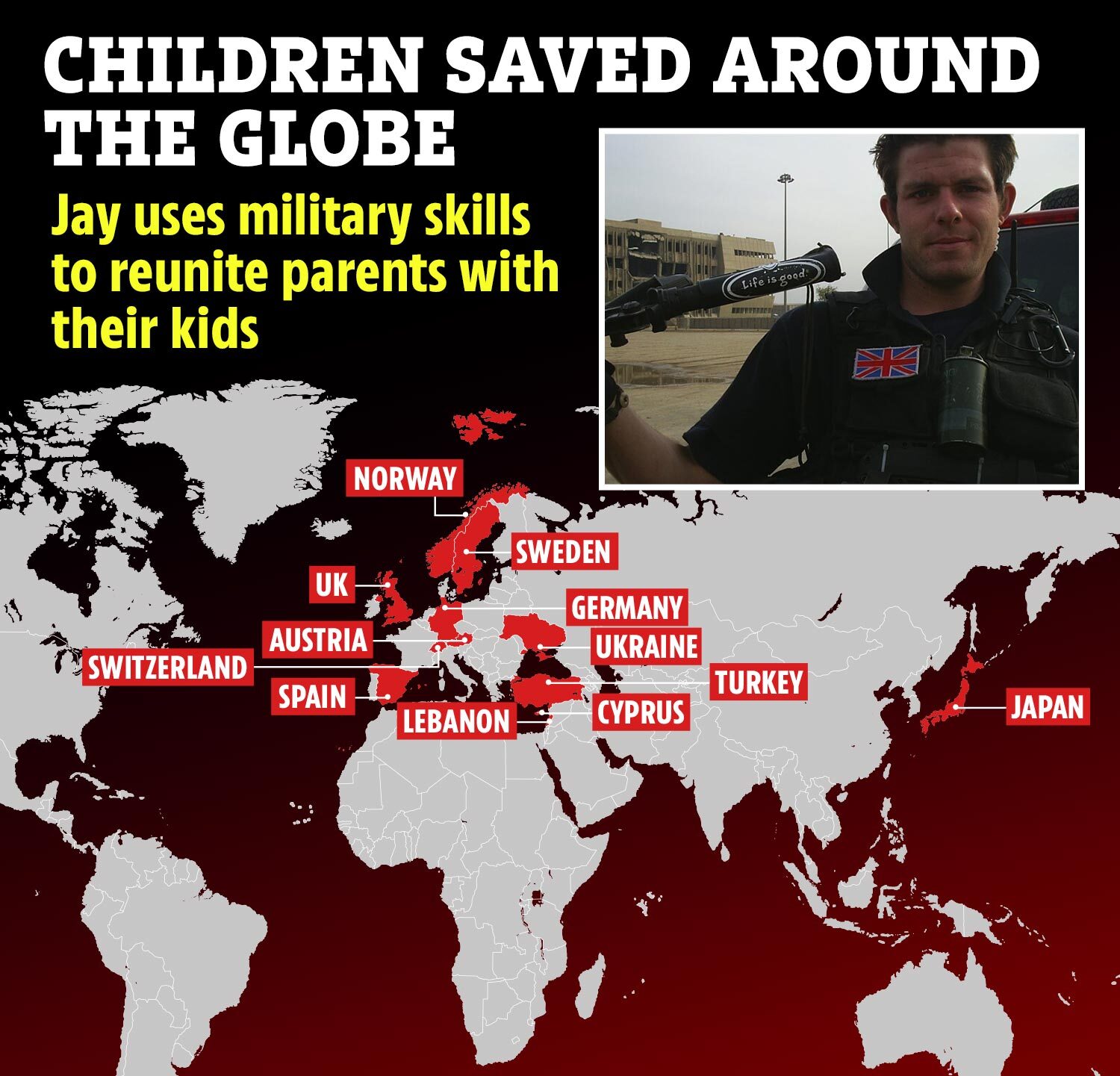 Jay, who served in Northern Ireland and Iraq before becoming a soldier for hire, has rescued children from terrorist-controlled parts of Lebanon as well as saving kids in the Ukraine, Turkey and Japan.

The soldier told The Sun Online how he and his colleagues run military-style operations to help rescue kids who have been snatched by one of their "abusive" parents.

And he does so in missions which are legal and protected under a convention on child abduction laid down by The Hague.

He told how parents who lose custody of their kids will often steal the child away – sometimes taking them to foreign countries, or even to areas controlled by terrorist fighters.

Jay and his team will stake out the kidnappers, plan a rescue mission, and then use multiple vehicles to extract the child and get them to safety – sometimes even with the police pursuing them.

In a case in Lebanon, Jay used a boat to extract a four-year-old child from a neighbourhood controlled by terrorist group Hezbollah.

He said: “The child was being held in a Hezbollah-controlled town by her 'controlling' father who has armed men in the house.

“We went straight into the town but got blocked in the road by a BMW and four guys got out with AK-47s and shotguns.

“We ended up having to smash through their car and getting out of that situation at high speed.

"We could see their lights in the rear view mirror as they unsuccessfully tried to chase us."

Jay knew he had to get the child out of the town in order to bring her to safety. 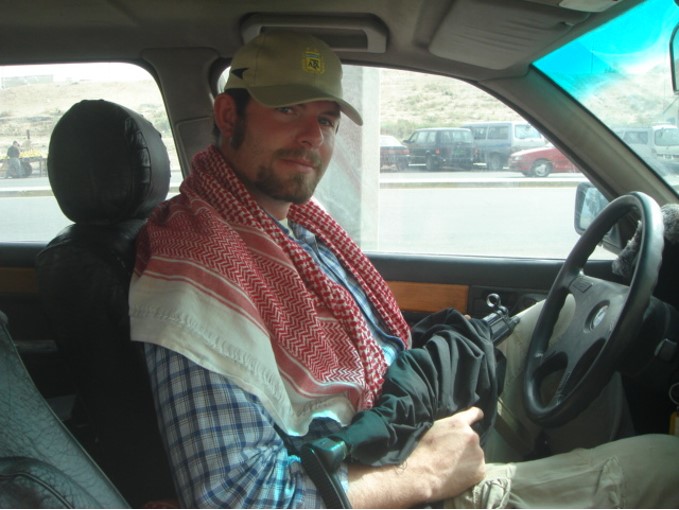 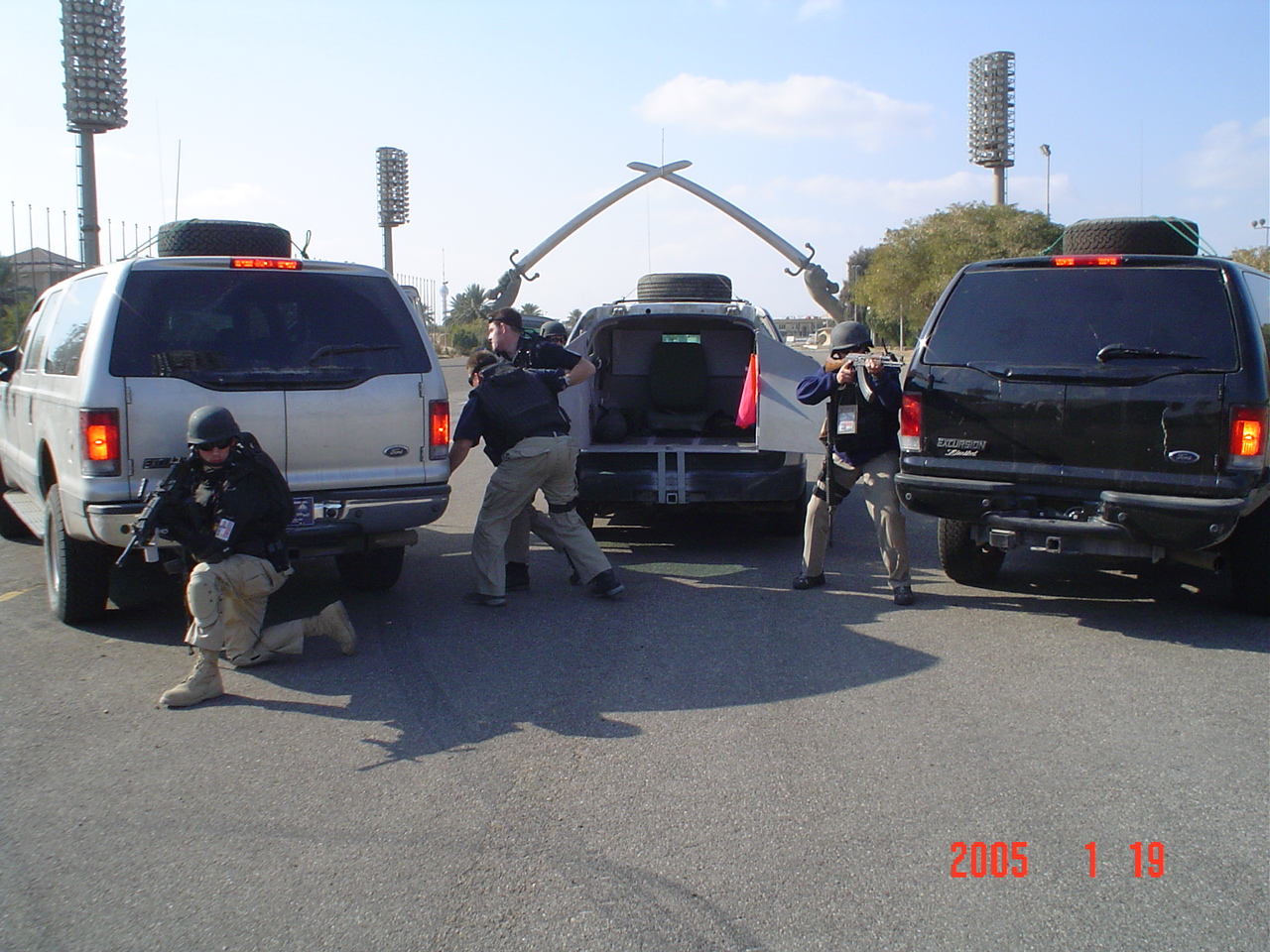 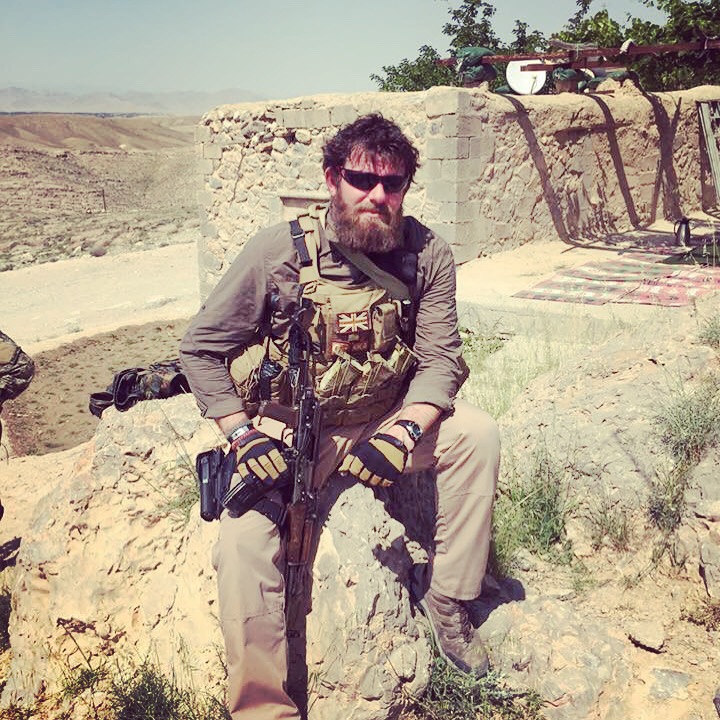 He said: “We arranged the extraction in a hotel in a Christian area of Lebanon called Byblos. The mother arranged to the meet the father and the child there.

"The extraction was in the lobby – the mother managed to take the child to the toilet where she signalled one of the team.

"She and the child were extracted down the fire escape and into a vehicle out the back.”

Jay then took the mum and child to a safe house before extracting them by boat to Cyprus to safety.

The courts know that a child is being used as a weapon, as a pawn in an attempt to traumatise a husband or wife, or for financial gain

Describing the types of abduction cases he takes on, he said: “Most of them have been psychologically abused.

"Sometimes the person who’s stolen the kid is a sexual predator, other times they’re a terrorist.

“The courts know that a child is being used as a weapon, as a pawn in an attempt to traumatise a husband or wife, or for financial gain."

He researches every job he takes on, checking court records, ensuring the distraught parent obtains a court order under the Hague Convention on child abduction of which 101 countries are signed up to. 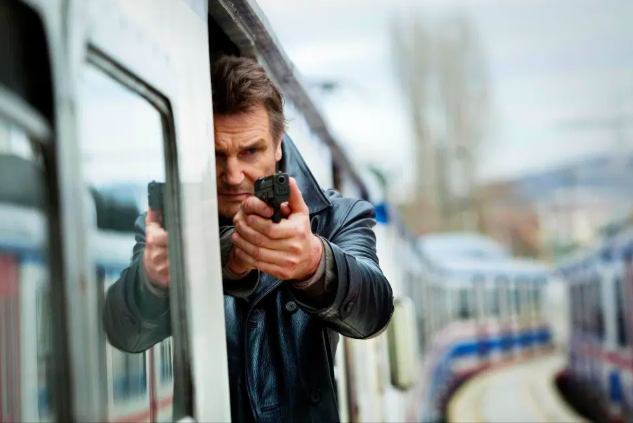 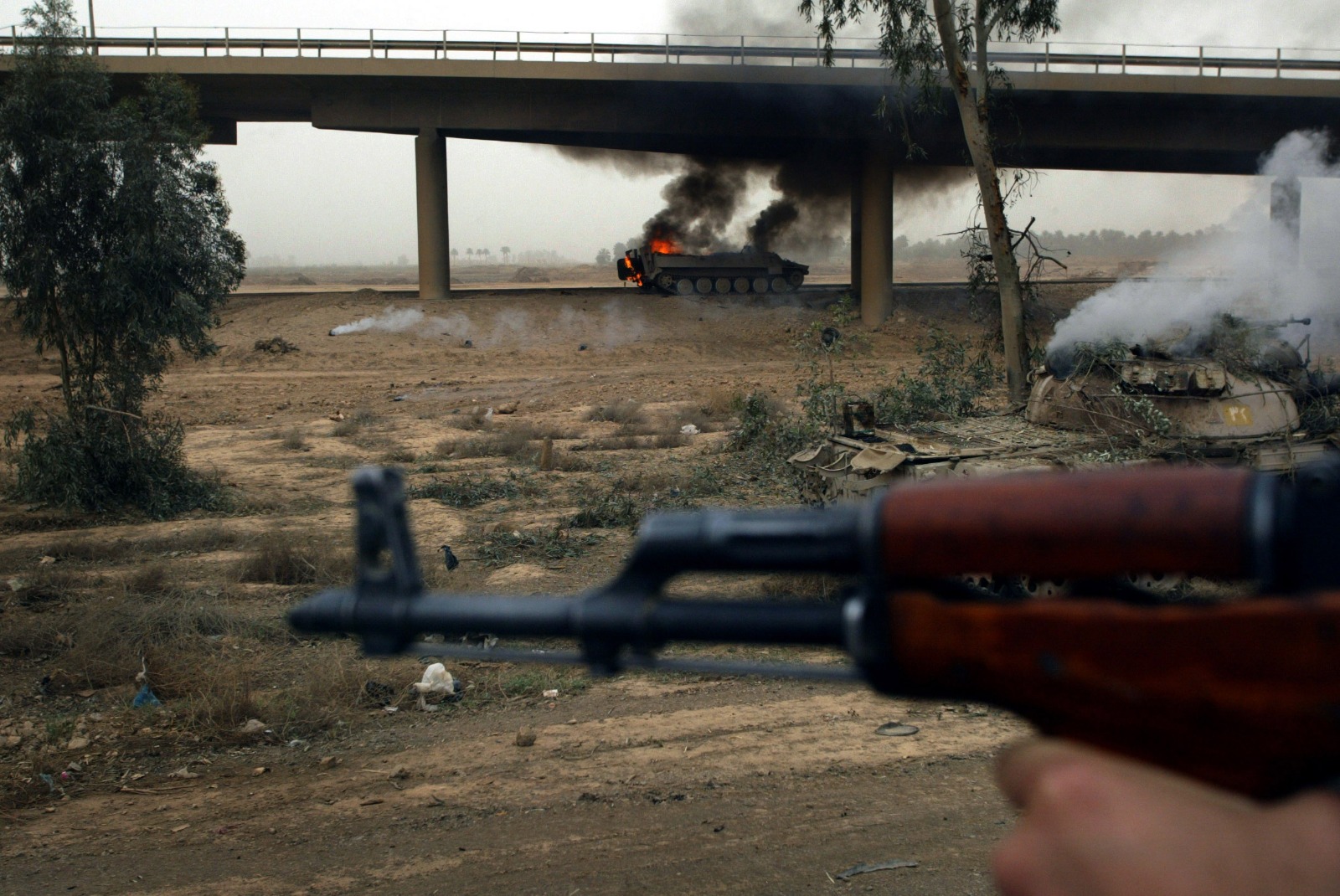 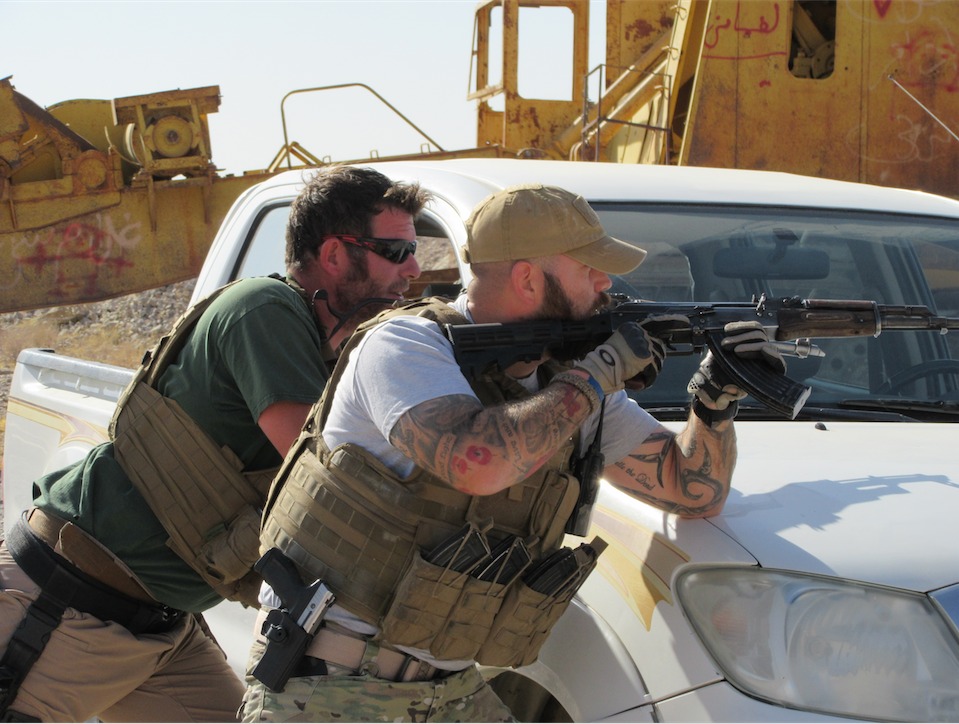 However, in many cases, the child is taken to a country is not signed to the treaty – meaning Jay is forced to launch the “military-style covert operation” to rescue them.

Jay told The Sun Online: "Getting a court order to say that a child should be returned is the easy part. Enforcing it is next to impossible… we simply put the child back to where the child is supposed to be."

And while every job is different, the soldier typically spends two weeks in a town or city learning “every aspect” of the roads as well as surveilling the target.

For the extraction, he uses a team of up to five people using three to four different cars.

He also sometimes uses a "stooge" to distract kidnappers while the kid is rescued.

When we rescue a child, it’s always the parent who runs through and grabs the child.

Jay told The Sun Online: “First of all, we go in and get a location on the child.

“Then, the next phase would be getting a pattern of life, so we'd use trackers on vehicles and we'd use mobile surveillance to be able to track people.

“There is a lot of work that goes into that side of it. Then you get to the operational phase – there's the extraction itself, that's when the team is created.

“Initially, you'd have your initial car which you'd want to get rid of it within the first five minutes.

“Outside of that you'd have a second car and you'd also have a scout vehicle to warn you off of any rapid check points which have came up on the road ahead far enough in front to give you time to allow you to change your route.

“Then you'd have a third car when you cross a border and then you're gone.” 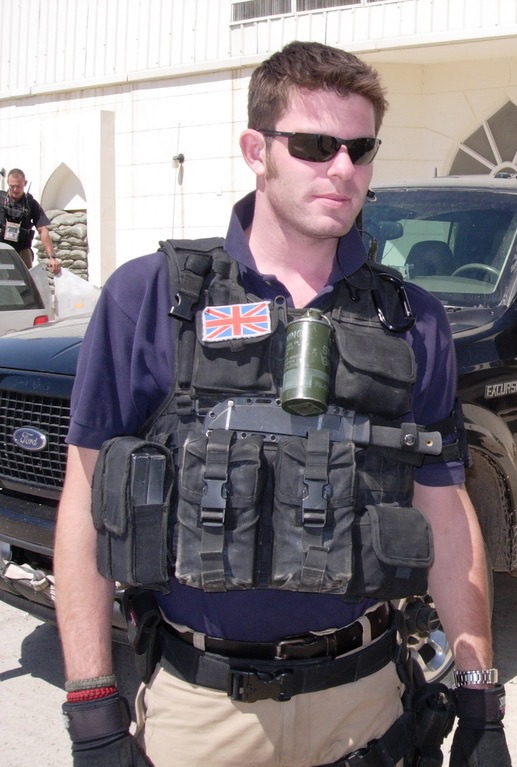 Crucially, in every case, he uses the other parent to rescue the child.

He said: “When we rescue a child, it’s always the parent who runs through and grabs the child.

“Most of the time we’ll do it very covertly because the parent will have some form of access to the child.

“There are plenty of cowboy operators out there who play fast and loose with the rules, but it is the parent who is recovering their child – not me.

“I’m merely providing the operation which enables them to do it.”

Despite, using military tactics, Jay insists he has yet to carry a weapon on a child recovery mission.

He said: "The concept of child recovery in itself is more about brains over brawn.

"If we had a case in Libya, Syria, Iraq or Afghanistan then we would be set up as a full unit with weapons and armoured vehicles for protection of the child and client.

"But we haven't had any cases like that yet. Most cases are very covert – blending into the environment."

Jay hopes that in the future his business Pegasus-ops can be financed through donations rather than cash from families.

He said: "I try to charge as little as I possibly can. I need to live. I don’t need luxury.

"Eventually I’d love to eliminate fees altogether, with charitable-style donations or crowdfunding from the public to enable us to run the service free of charge."

You can follow Jay on TikTok by following this link.

‘The Rookie’ tops early favorites in USA TODAY’s Save Our Shows poll, but it’s not too late to vote
Recent Posts