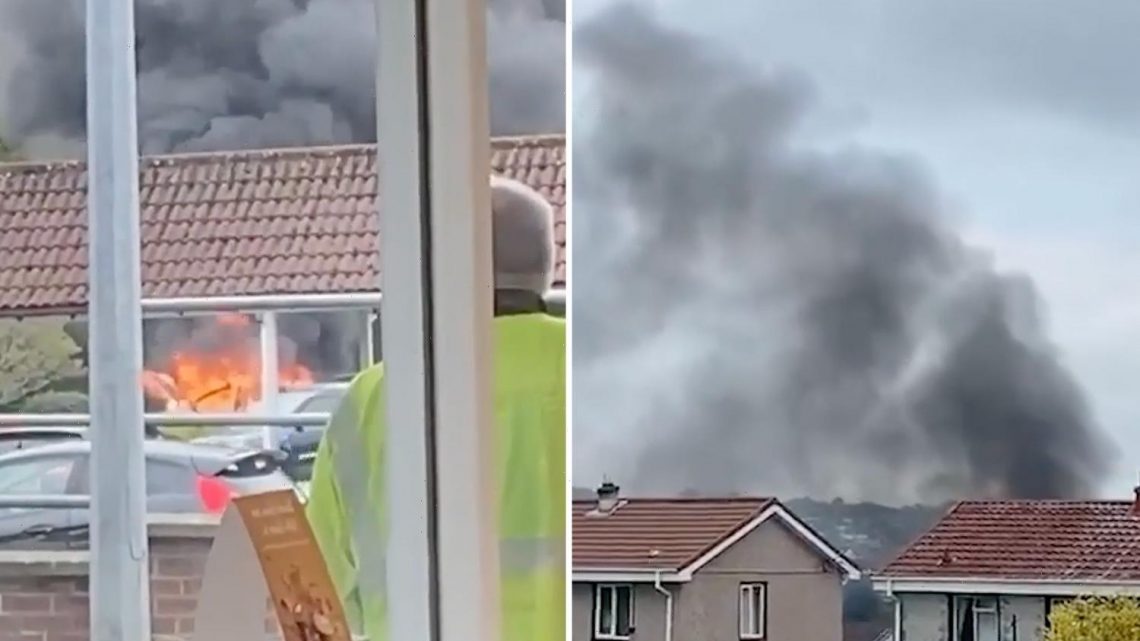 A HERO Tesco shopper bravely moved a burning vehicle away from shoppers moments before it erupted into a fireball in a Tesco car park.

The driver risked injury to move the flaming vehicle away from other cars and customers at the supermarket in Plymouth, Devon, witnesses said. 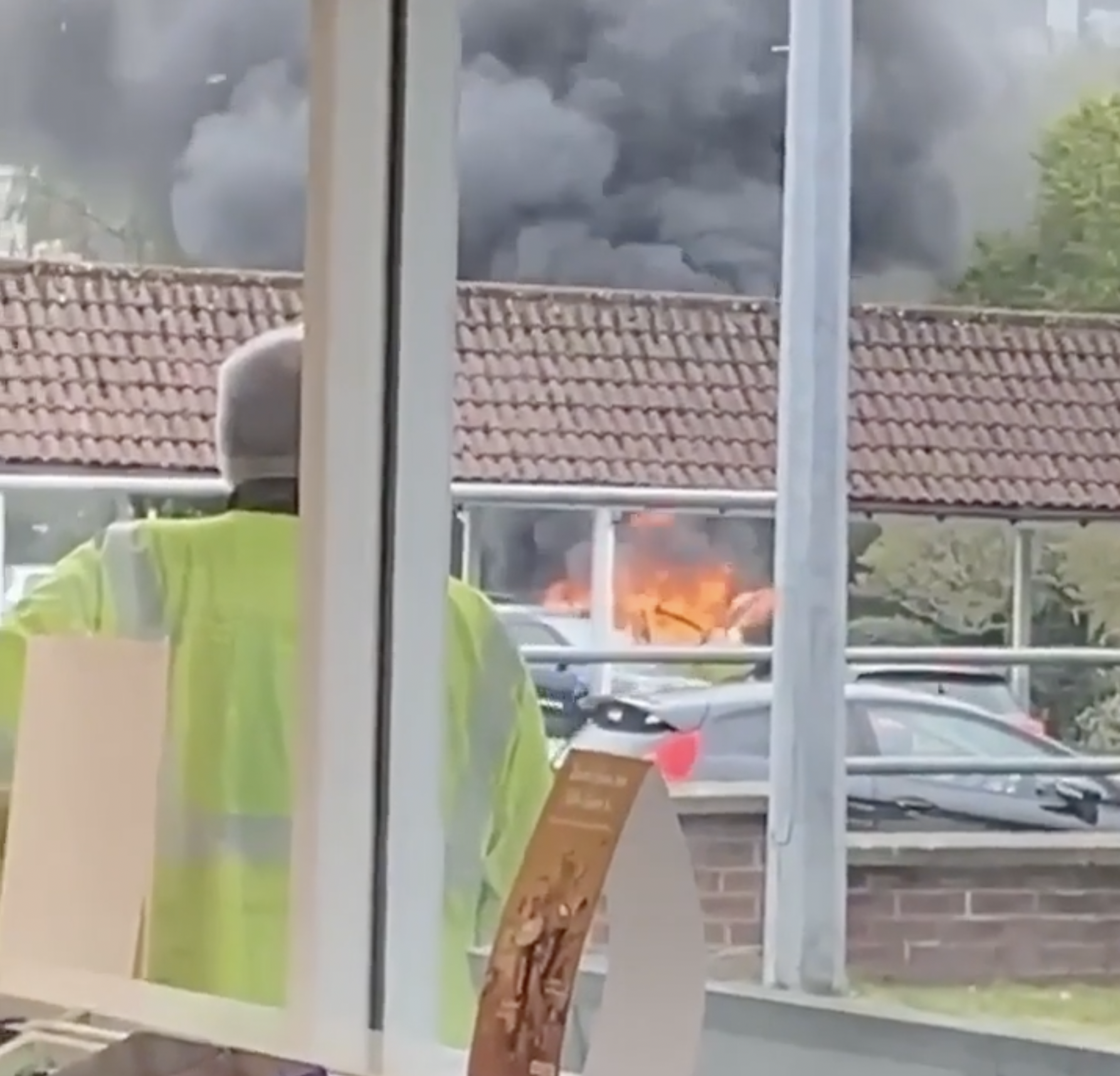 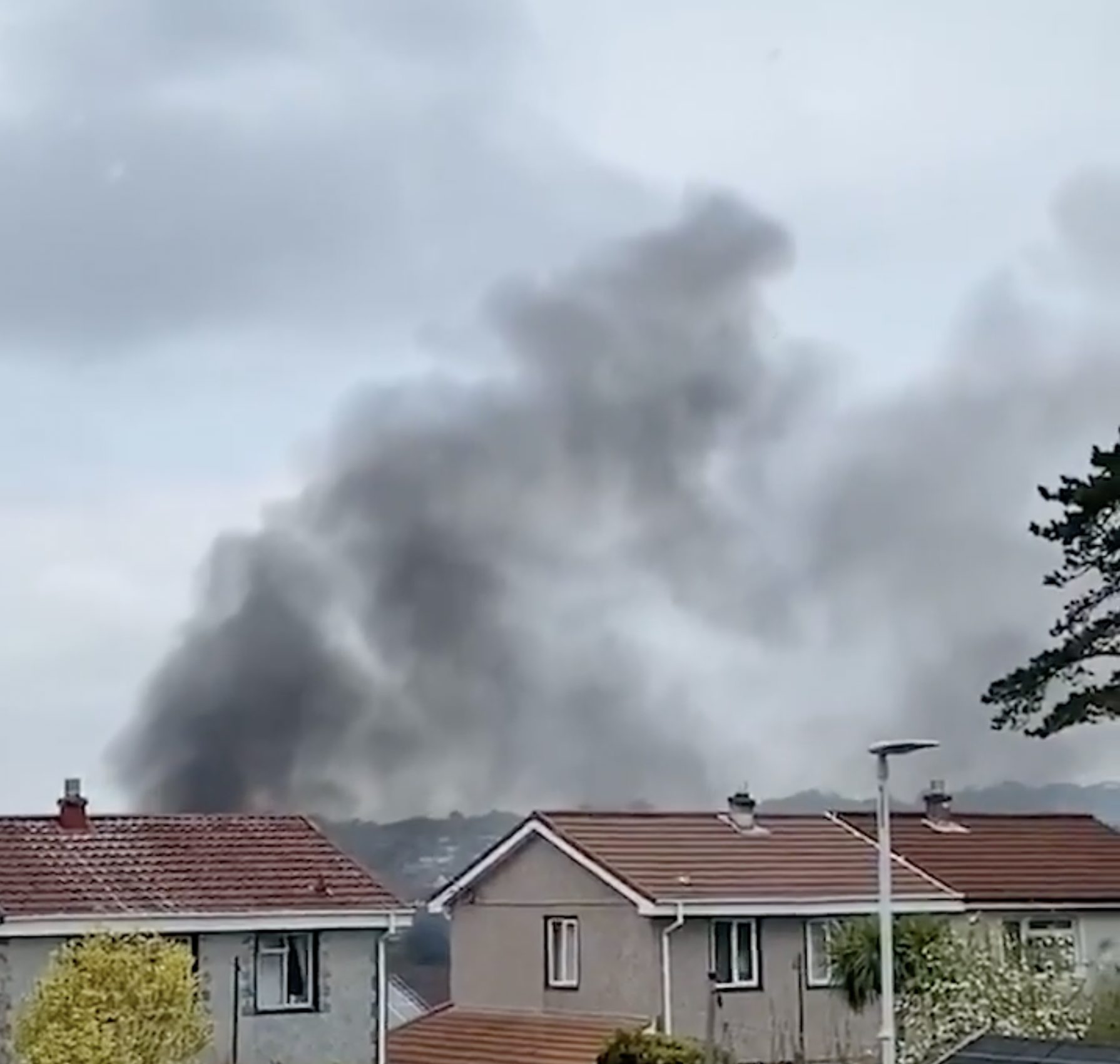 Shopper Katrin Ruth Cummins, who shot a horrifying video of the incident, told PlymouthLive that the owner of the car was standing behind the vehicle.

The were believed to be waiting for an ambulance to arrive, after the fire broke out – shortly after 4pm.

The footage shows the blue car completely engulfed in flames as a huge cloud of black smoke billows into the sky on Saturday afternoon.

"[We were] about to go in Lidl and we saw a fire at the end of the car park in Tesco,” Cummins said, speaking from the scene before the blaze was extinguished.

"The fire is really big,” she added.

"I thought the fire [was coming] from the charity shop so we checked it out to find out if it’s a car.

"Then the owner of the car was standing behind his car and waiting for the ambulance to come."

As the video zooms out, it becomes apparent that the plumes of smoke can be spotted from miles away.

Local residents who spotted the smoke praised the “brave” driver for moving the burning car away from shoppers and other cars, to protect others.

"The car caught alight while it was in a parking bay close to the entrance,” a witness said.

"The guy jumped in and drove it round the back car park where it was clearer so as not to let other cars parked nearby to also catch fire.

"We were parked three spaces away." 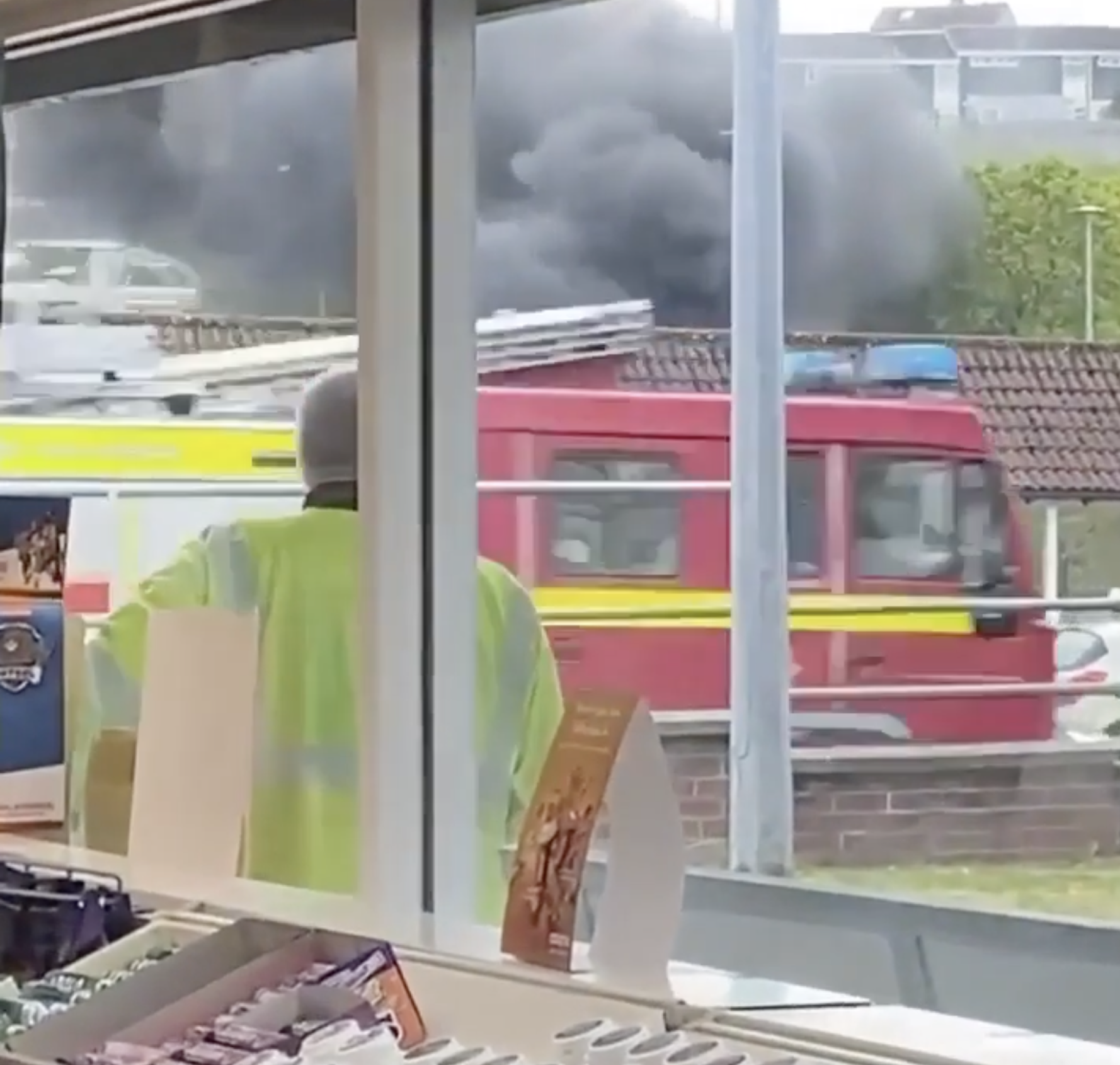 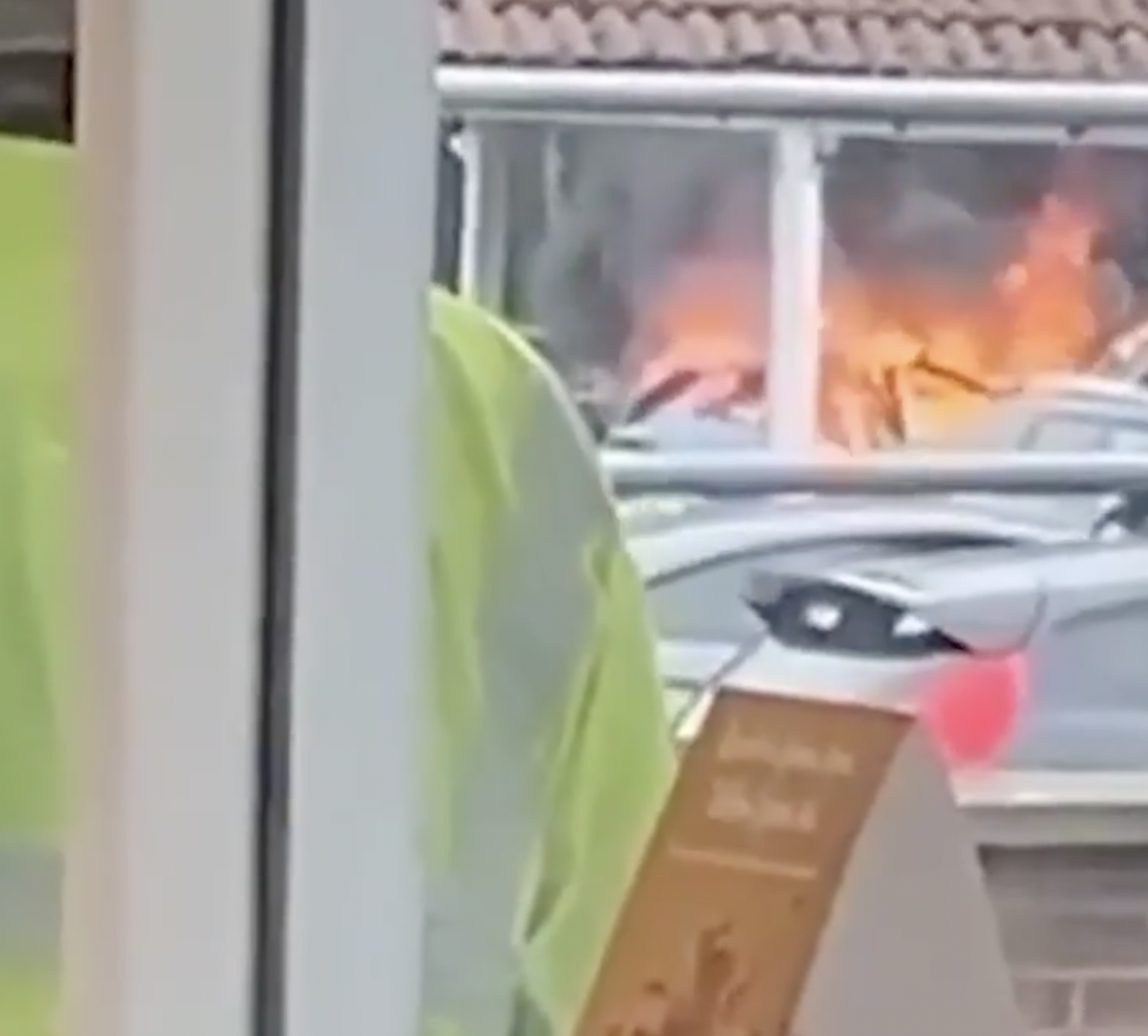