THIS is the hilarious moment a man is raided by Boris Johnson as the smiling Prime Minister said: "How do you do?"

A bizarre Snapchat video shows Mr Johnson in a bullet-proof vest surrounded by several police officers in the property. 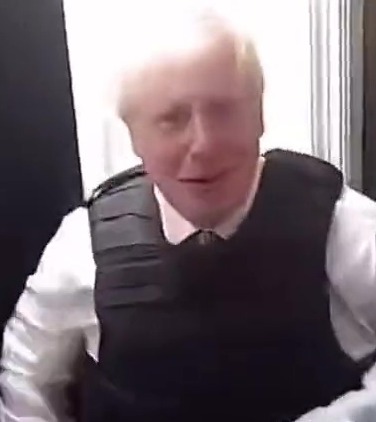 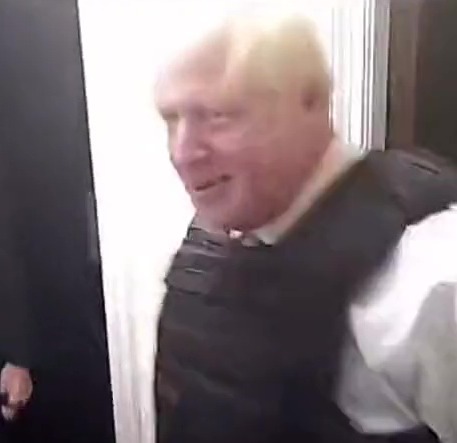 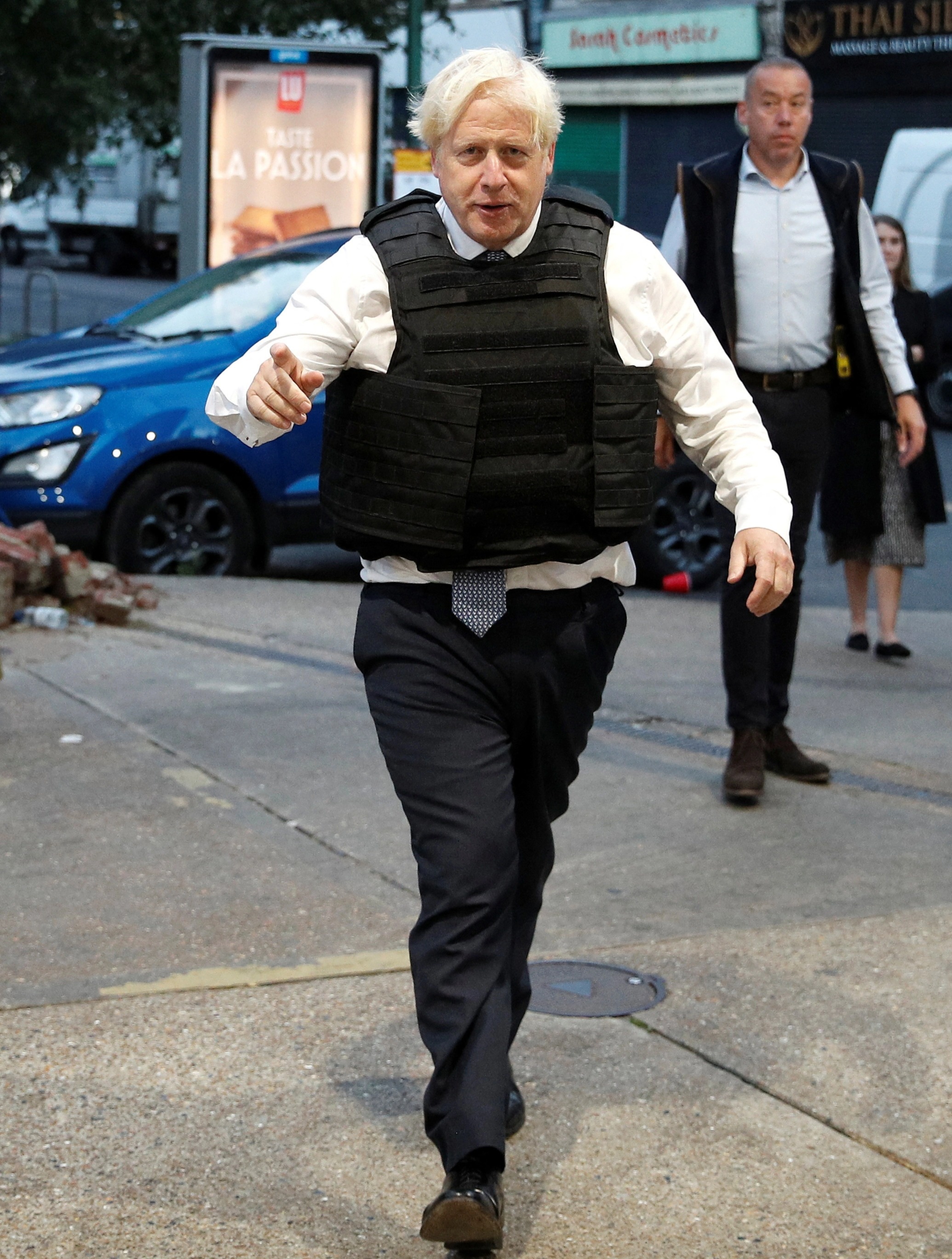 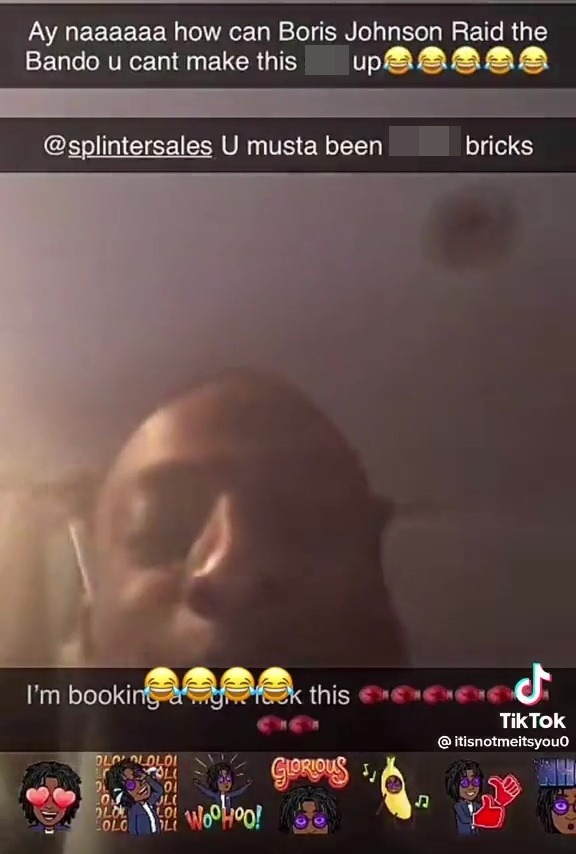 A man recording the video says "wagwan Boris", to which the PM replies: "How do you do?"

In a separate video he said: "This is actually mad. I saw Boris Johnson in my face.

"Do you know how drunk I was last night? I feel like a madman. 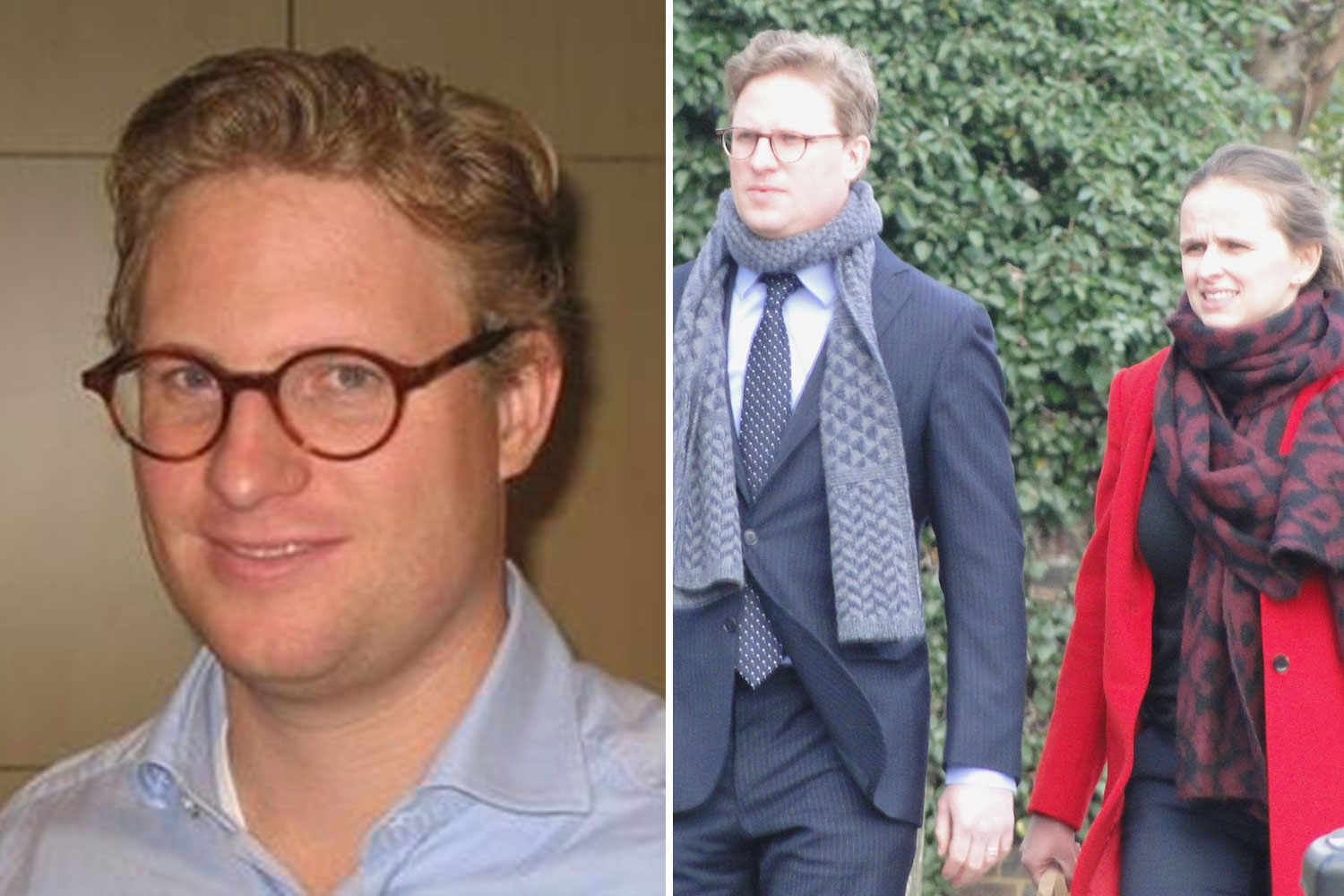 Groom ‘sexually assaulted sleeping student on flight back from honeymoon’ 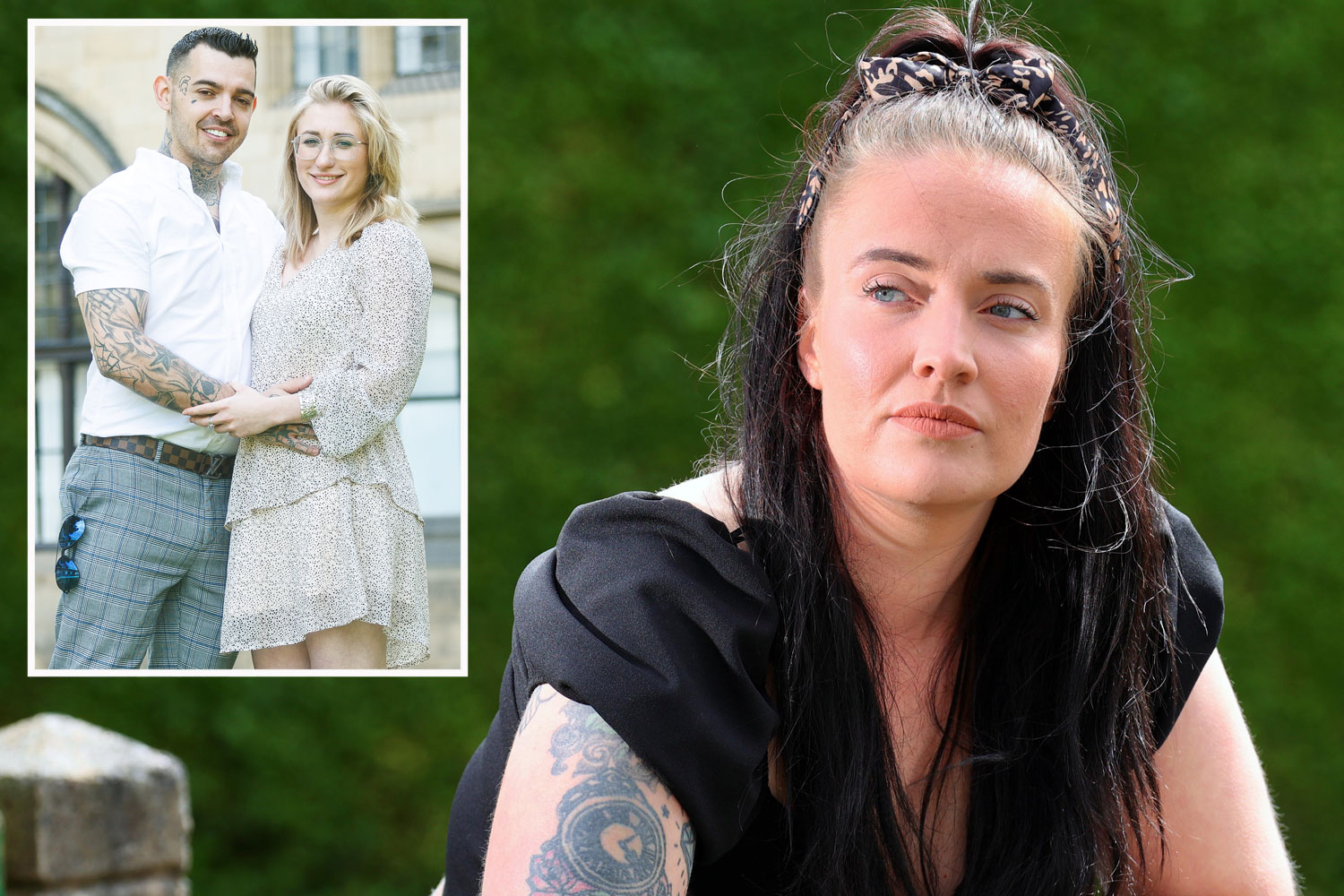 It comes after Boris Johnson appeared to defend the police from accusations of being "too woke", as he used his final days as Prime Minister to stress his record on tackling crime.

The Prime Minister, who leaves office when the Conservative Party's search for a new leader concludes next week, defended his Government's track record on policing and claimed that his premiership had cracked down hard on neighbourhood crime.

Mr Johnson was speaking to broadcasters as he attended a raid with specialist officers near Lewisham, south London, where class B drugs, paraphernalia and a suspected drugs line phone were found, but no arrests were made.

More than 1.1million Brits to get first Cost of Living payment from this week

Kerry Katona banned from TikTok for LIFE after ‘sexual harassment’

It comes as the Telegraph reported that officers are being told to focus on the basics of policing by Home Secretary Priti Patel, with a report by the Policy Exchange think-tank warning that the public feel police are being distracted by "woke" causes.

Mr Johnson said: "Look at neighbourhood crime, which is the thing that really affects the quality of life of most people in this country, and it's down by about 38% on 2019 since this Government came in.

"I think that's a great effort by the police, not just by the Metropolitan Police, by police up and down the country.

"And what you're seeing is 13,700-odd more police now on the streets. That helps, that makes a difference."

The Prime Minister referenced the recently passed Police, Crime, Sentencing and Courts Act as an example of how his Government had empowered officers in tackling crime.

The Government says more than 13,790 extra police officers have been hired across England and Wales as part of Mr Johnson's pledge to put 20,000 additional officers on the streets.

The recruitment drive came after police officer numbers in England and Wales fell by more than 20,000 between 2009 and 2018, with Conservative-led governments in power from May 2010.

He said: "What also makes a difference is giving the police the powers they need to give criminals the tough sentences that they deserve, and that's what we put through in our legislation. I'm pleased to see it having an effect but I'm also pleased to see the activism and the energy of the police here in London.

"Yes, of course, we've got to make our society ever safer, but you look at what they've done: 38% reduction in neighbourhood crime, I think that's a massive achievement."

The Prime Minister also appeared to downplay concerns that the police are distracted by "woke" issues.

"Well, I've just seen them. I tell you what, I've just seen a bunch of police officers who woke quite a lot of drug dealers this morning and they woke them long before they were expecting to have their breakfast," he said.

"I thank them for what they're doing. They're doing an absolutely fantastic job."

Mr Johnson also referenced his record on crime prevention, as he dodged a question on how he would like to be remembered.

He responded: "I think as the Prime Minister who in three years helped to bring neighbourhood crime down by 38%, thanks to the work of the Metropolitan Police and others. Thank you very much."

It comes as a new survey suggests that the experience of police recruits as part of the Government's bid to hire 20,000 more officers is "less positive" for those from ethnic minority backgrounds.

Some 10,206 new police officers from all 43 forces were invited to take part in the Police Uplift programme survey online between March and April last year and 34% (3,462) responded.

It showed that 91% of respondents who were white were satisfied with the role as a police officer, compared to 85% of those from a black, Asian, mixed or other ethnic minority backgrounds.

Overall, around 90% of new recruits were either "very satisfied" or "fairly satisfied" with the job.

Ms Patel said: "I have made it my priority to get more police onto our streets, cut crime, protect the public and bring more criminals to justice.

"This survey shows that the 20,000 officer uplift is delivering the next generation of highly motivated officers, and supporting forces like Thames Valley Police in the fight against serious violence.

"With an extra 13,790 officers already recruited and a high level of job satisfaction, this unprecedented recruitment drive will help to protect communities, keep homes and streets safe and bear down on violent criminals." 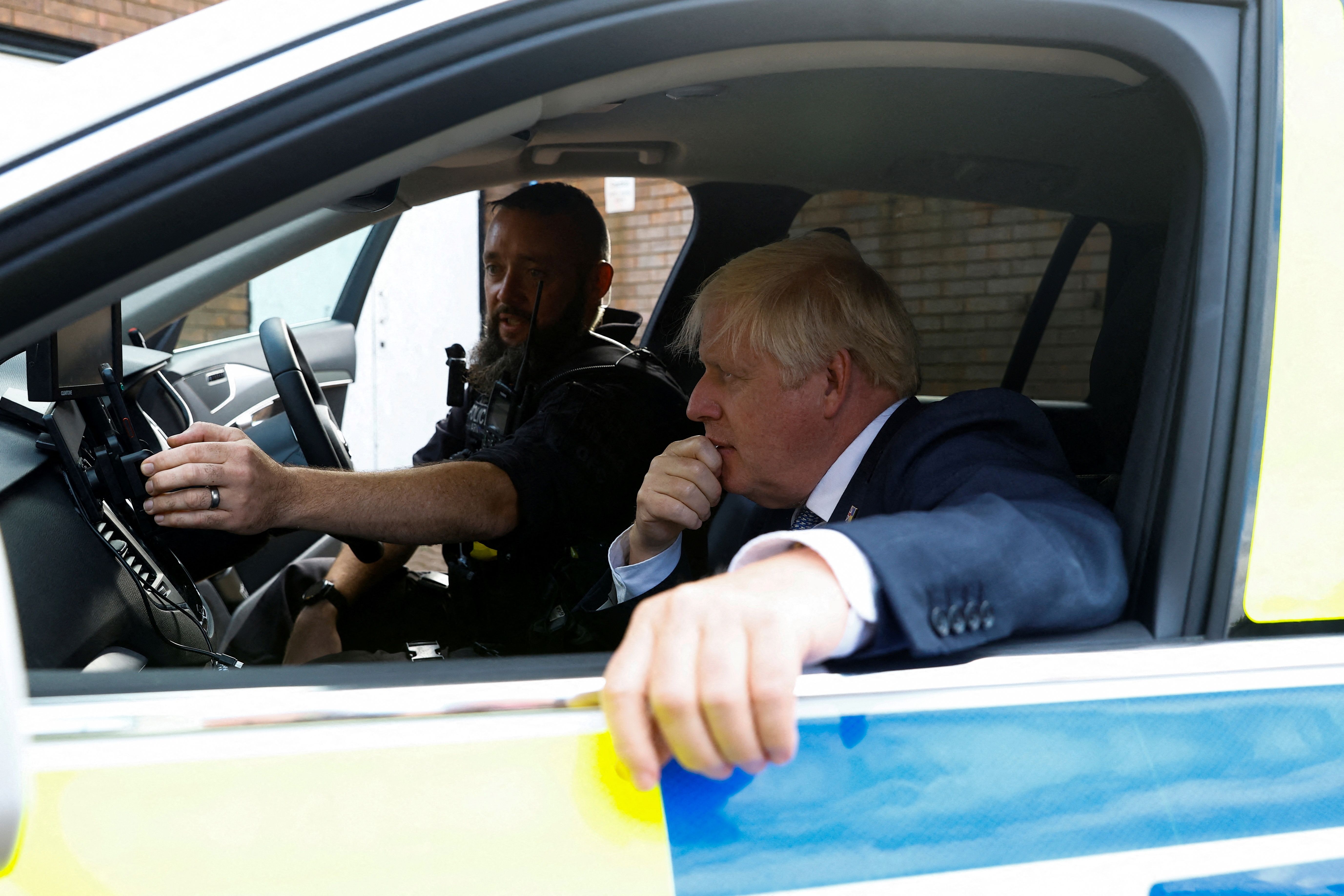 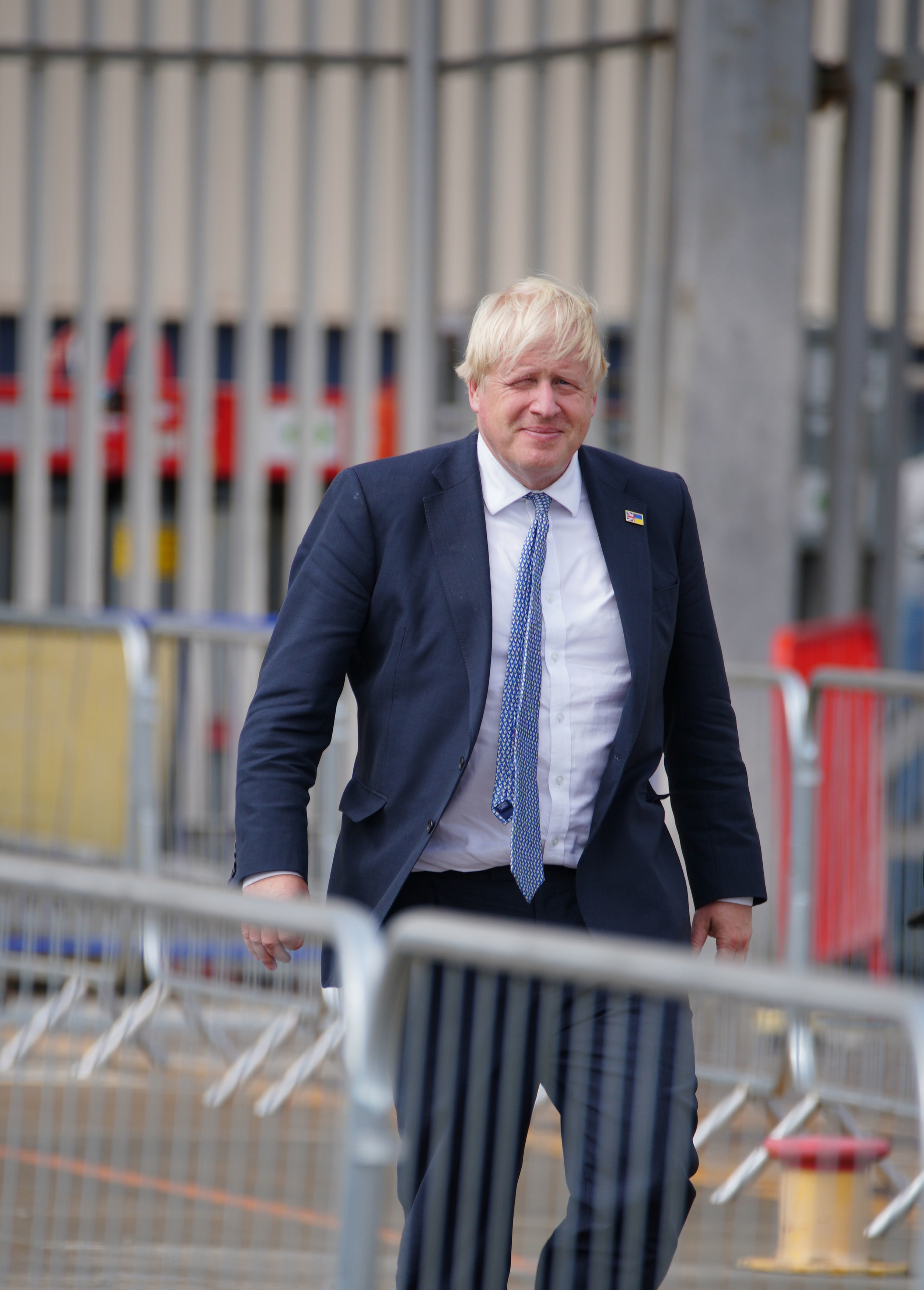