History teacher on OnlyFans: How my ex exposed my ‘dirty little secret’ 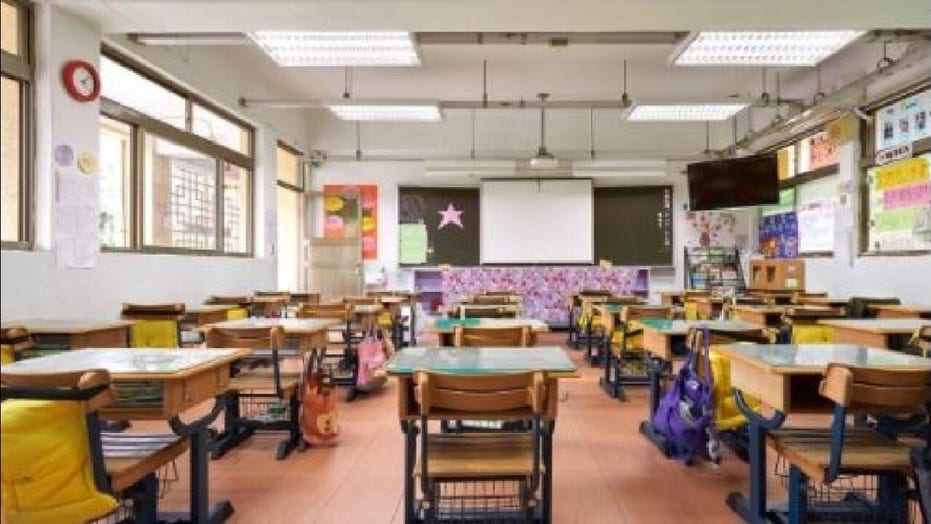 There will be ‘hell to pay’ if teachers unions push not going back to school: Bennett

When history teacher Amy Kupps was ordered by the school principal to attend a Zoom meeting with him and members of the board, she knew she was in trouble.

“It was awkward,” she recalled. “I was trembling with fear and embarrassment.”

The shame was caused by the panel confronting her with evidence of her secret side gig on OnlyFans, the digital platform specializing in adult content — a sexpot role that flew in the face of the school’s moral code.

“They made me feel so small and disgusting,” added Kupps, 32, who swiftly admitted the offense and was suspended from her job. She subsequently opted to resign from her full-time position instructing 13- and 14-year-old kids.

“I wasn’t embarrassed about doing it, but knowing my colleagues knew about it made me cringe,” the brunette from Charlotte, North Carolina, told Jam Press. “I was so mortified, I felt I had no choice but to step down.”

Her sorrowful feelings about quitting her job were in stark contrast to the thrills she experienced while performing on OnlyFans.

“I loved that I had this side to me that no one at school knew about,” Krupps said. “I felt like a naughty superhero — teacher by day, temptress by night.

After the bust, it wasn’t long before she began to wonder how the authorities had found out about her X-rated appearances on the subscription-based website. Could the principal have been one of her paying gentleman clients?

But then she identified the chief suspect — her ex-husband, Theodore, who had long resented the attention she got from other men. In fact, his jealousy was one of the main reasons behind their 2020 divorce.

He had shown her raunchy OnlyFans page to someone on the school board, who had then alerted the principal.

Theodore has since admitted ratting out his former wife, claiming: “She deserved it.”

Nevertheless, he has shown some remorse and said that “part” of him “regrets the betrayal” due to the “embarrassment” he caused.

His motivation was a combination of envy over Krupps’ somewhat intimate relationship with her fans and bitterness that she never gave him half of her significant earnings.

The self-confessed cheater — who is now living with a younger woman — insisted that Krupps’ involvement with OnlyFans was his idea after he spotted the rising popularity of her Instagram posts.

She’d managed to keep the social media account hidden from her co-workers, friends and family in case they frowned upon her risqué stunts. It was a chance she was willing to take due to the stream of compliments and positive reactions to her pictures. “Men absolutely drooled over them,” she recalled. “The comments they would leave were a boost.”

Her decision to join OnlyFans in 2019 seemed like a golden opportunity to garner more attention while monetizing her good looks and hourglass figure enhanced by a breast enlargement. Over the last two years, she has raked in more than $150K. “It was liberating to find men found me this attractive,” said the teacher-turned-model. “I quickly got the hang of it and it was so lovely having my husband supporting me. I really thought it was going well and we were a team.”

At first, she found that the venture transformed the couple’s love life. It would put them in a sexy mood when she posed provocatively as Theodore took the photographs and suggested new content. But the added excitement in the bedroom was short-lived once the green-eyed monster emerged.

They started arguing and Theodore admitted to having an affair with a woman he met at a nightclub. The situation got so strained that the duo split and formally ended their union last December.

Despite becoming the victim of her ex’s vengeful exposure, Kupps has bounced back and said her OnlyFans page is going from strength to strength.

As for teaching, she is still considering going back to the profession — but at a different school.

Kupps is also relieved that Theodore appears to have buried the hatchet and is not planning further spiteful deeds following his mea culpa.

“Best of luck to her in her future endeavors,” he conceded. “She is a beauty but I’m the beast.”