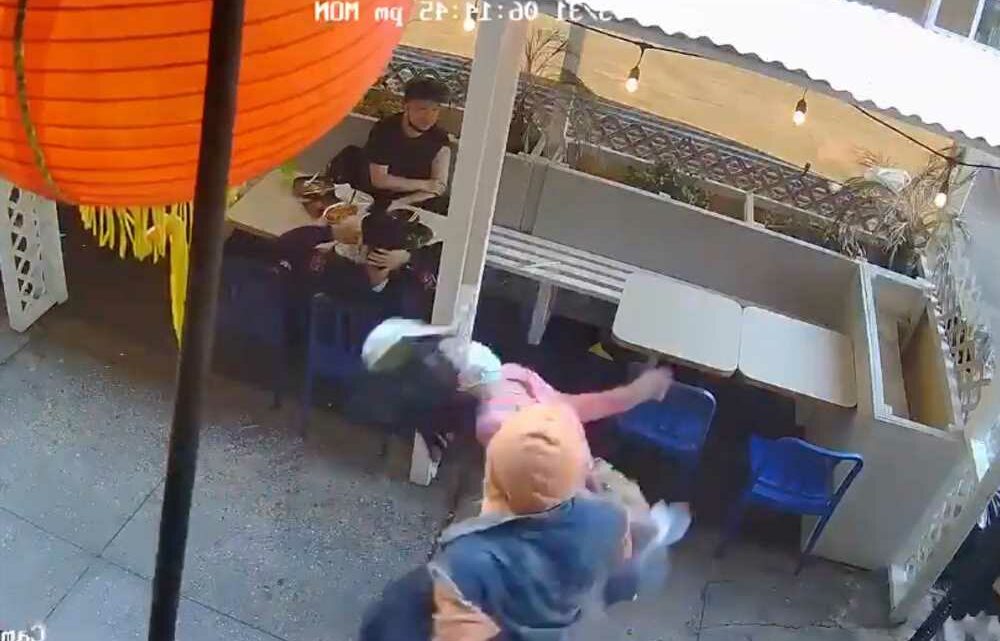 Cops looking for man who launched anti-gay attack in NYC

A homeless man with dozens of prior arrests was busted for slugging an Asian woman in Chinatown on Tuesday — and frustrated top cop Dermot Shea said the suspect was free to put New Yorkers “at risk” because of the state’s revolving door justice system.

“When you have an individual like yesterday’s from Chinatown [who] lives in a shelter, arrested eight times in the last year, randomly assaulting people … What are we doing in society when we are releasing these people right back onto the streets? It’s putting New Yorkers at risk,” Shea railed Tuesday morning on NY1.

Alexander Wright, 48, faces assault as a hate crime and assault charges in the sickening caught-on-camera attack of a 55-year-old woman on Monday, according to police.

The disturbing video shows the victim walking on Bayard Street around 6:15 p.m. Monday when Wright strolls by and allegedly whacks her unprovoked.

“That’s a terrible video to watch,” Shea said. “Thank you to the passersby that aided that victim and pointed the individual out to the cops, who were right there on the corner and took him into custody.”

Wright, who lives in a shelter on Wards Island and is also known as “Disney,” has 40 prior arrests and three prior incidents as an “emotionally disturbed person,” police sources said.

The woman — who was helped by a stranger on the street — was brought to NewYork-Presbyterian Lower Manhattan Hospital in stable condition, police said.

Wright was also charged with criminal possession of a controlled substance for having K2 in his possession, cops said.

Shea said that another man was busted for allegedly shoving a 65-year-old Asian woman down a flight of stairs at the 34th Street subway station Friday — and then released back onto the street.

No further details were immediately available on that incident.