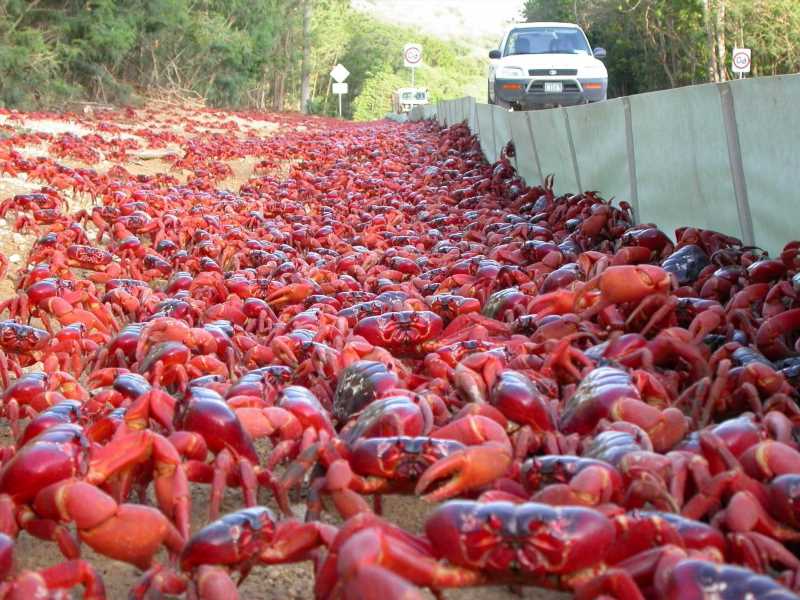 THIS is the jaw-dropping moment a "biblical plague" of 50 million crabs head to the ocean to breed.

The swarm of cannibalistic critters shut down roads from the jungle to the coast on Christmas Island off Western Australia. 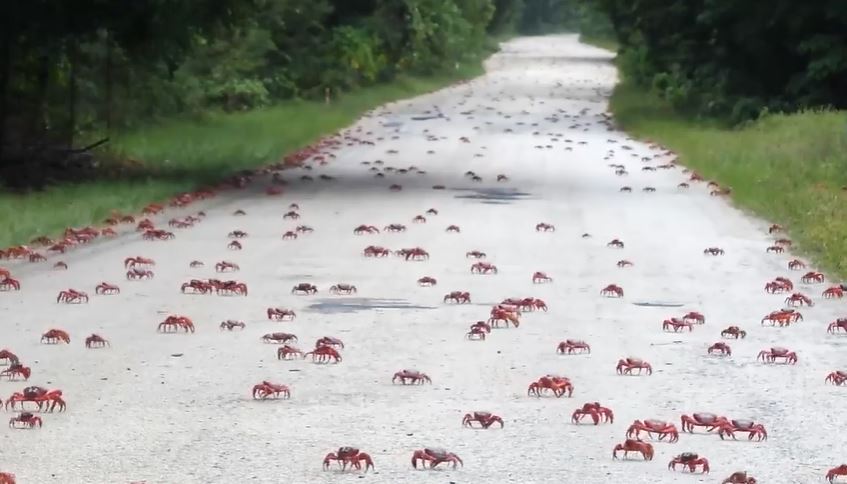 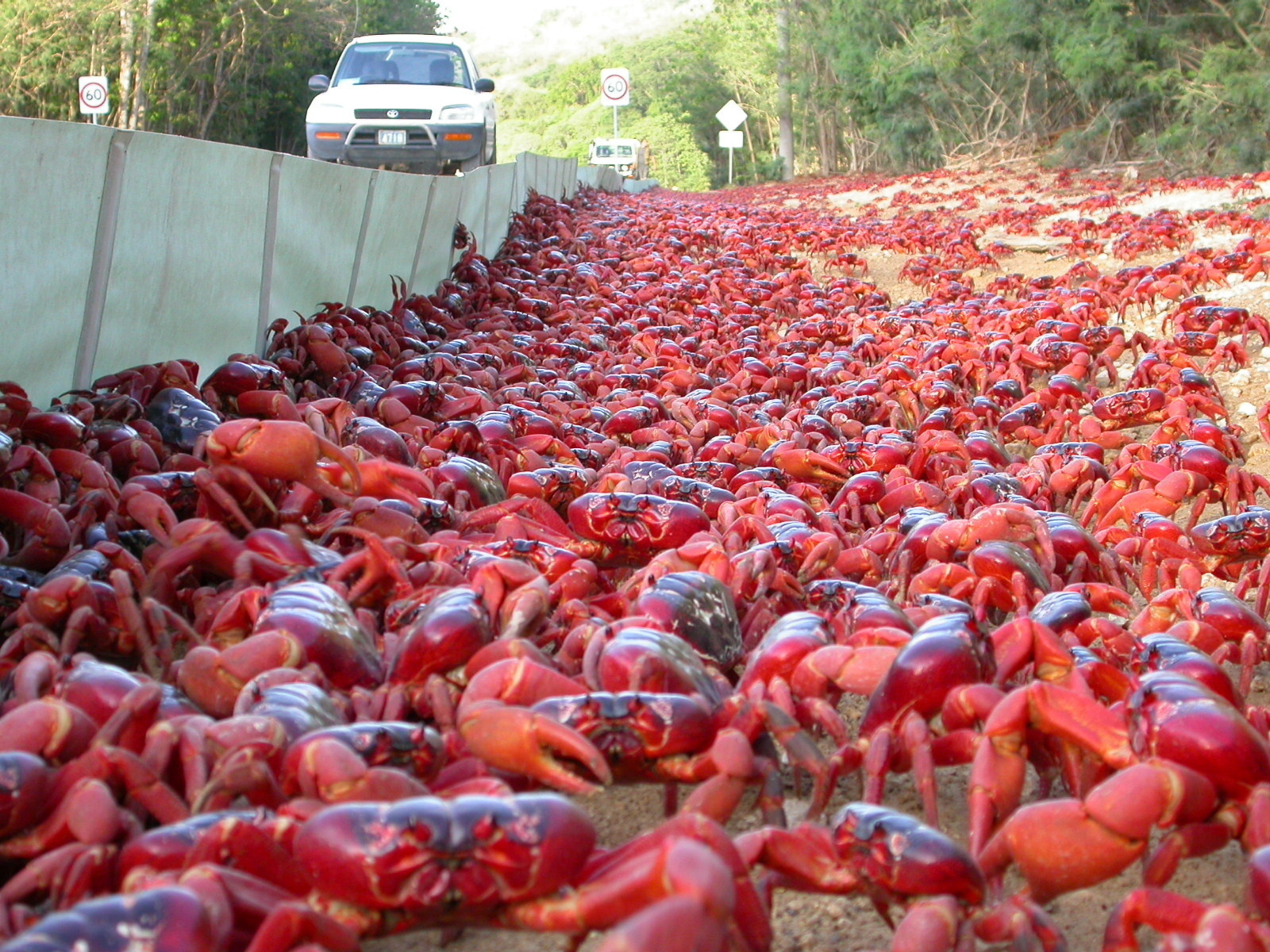 Unbelievable footage shows the bright red creatures descending on townships in what is considered one of the greatest animal migrations on the planet.

Every year, an estimated 50 million crabs make their way from the forest after rainfall in October or November and head to the ocean to mate.

Their journey takes them through residential areas and tourist hotspots through the winter months.

Photos and video shared by Parks Australia show thousands upon thousands of crabs scurrying across roads and specially-constructed bridges.

The animals also turned up at the door of an office block, the organisation reported.

Residents of the Drumsite settlement in the north east were trapped in their homes on Sunday due to the sheer number on the roads.

And workers were forced to rake the crabs off the tarmac in a bid to keep the island moving.

A spokesperson for Parks Australia, which looks after the country's green spaces, said: "With red crab migration in full swing on Christmas Island, the crabs are turning up everywhere, including at the door of an office block.

"Our staff have been out managing traffic, raking crabs off roads, and providing updates to the community on road closures."

National Park acting manager Bianca Priest said the spectacular annual event on Christmas Island, which is popular with travellers, has become an attraction itself.

She said: "World-renowned naturalist Sir David Attenborough described the red crab migration as 'like a great scarlet curtain moving down the cliffs and rocks towards the sea' and considered filming the spectacle as one of his 10 greatest TV moments.

"Over the years visitors have travelled from every corner of the world to witness this wildlife phenomenon." 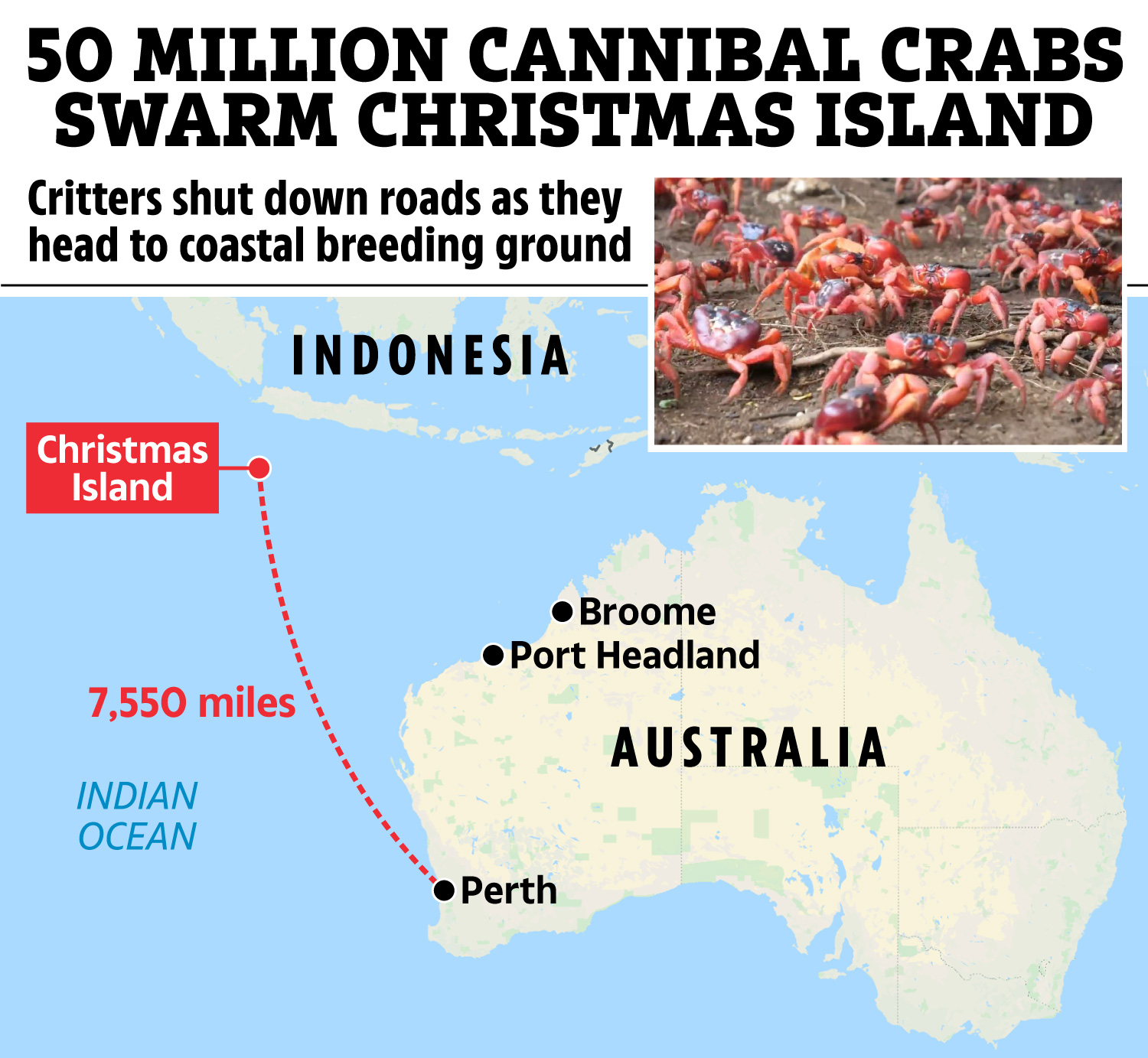 Authorities spend weeks preparing for the migration and visitors are always asked to drive and park their cars carefully.

The male crabs are the first to make the trip to the water, followed by their female counterparts.

After mating, they can produce as many as a hundred thousand eggs in a single season.

This year, the crabs are expected to reach the coast of the island, about 5,550 miles from Perth, by the end of November.

Experts reckon in some areas you could see up to 100 crabs per square metre of beach or rock.

The great floods of crabs, which feed on dead animals, including other red crabs, is reminiscent of scenes elsewhere in Australia where mice have been running rampant.

The country has been gripped by a plague of mice – the worst outbreak in more than 30 years – with Aussies being told to tie string around their trouser legs to stop rodents scurrying up.

Tens of millions of mice have been tormenting farming communities over 1,000km from Brisbane down to Melbourne.

Things got so bad earlier this year that residents called for a "natural disaster" to be declared.

On top of mice and crabs, Australia has also been hit by an invasion of venomous snakes.

Hungry serpents are being lured into homes across the country thanks to this year's devastating mouse plague.

And that was only the beginning of the dreaded 'snake season' – with catchers expected to remove scores of other serpents. 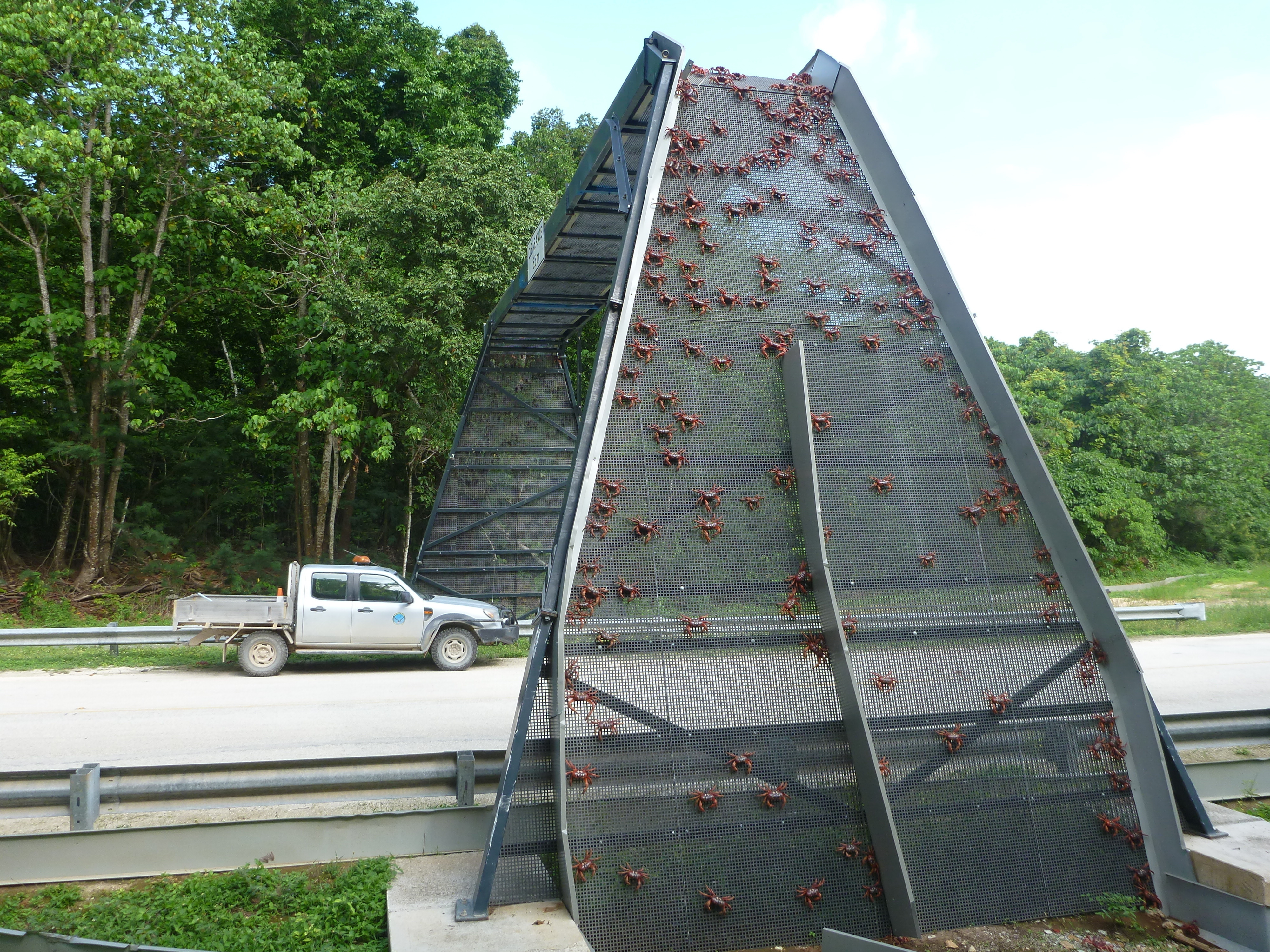 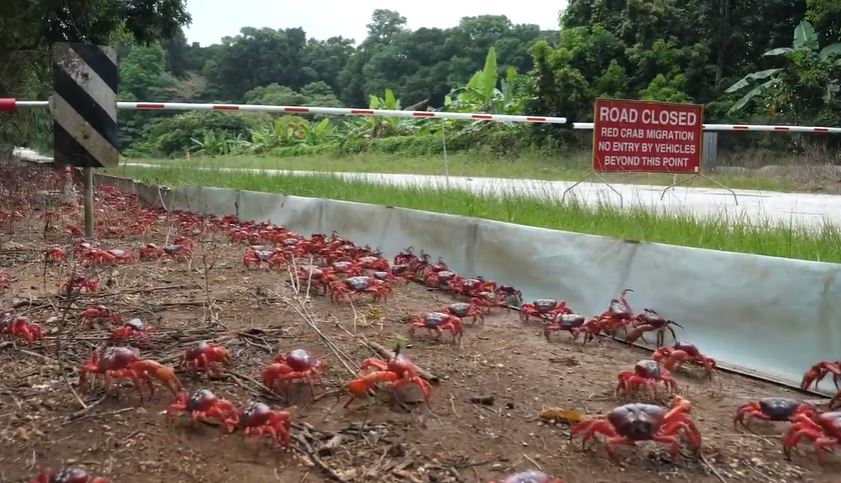 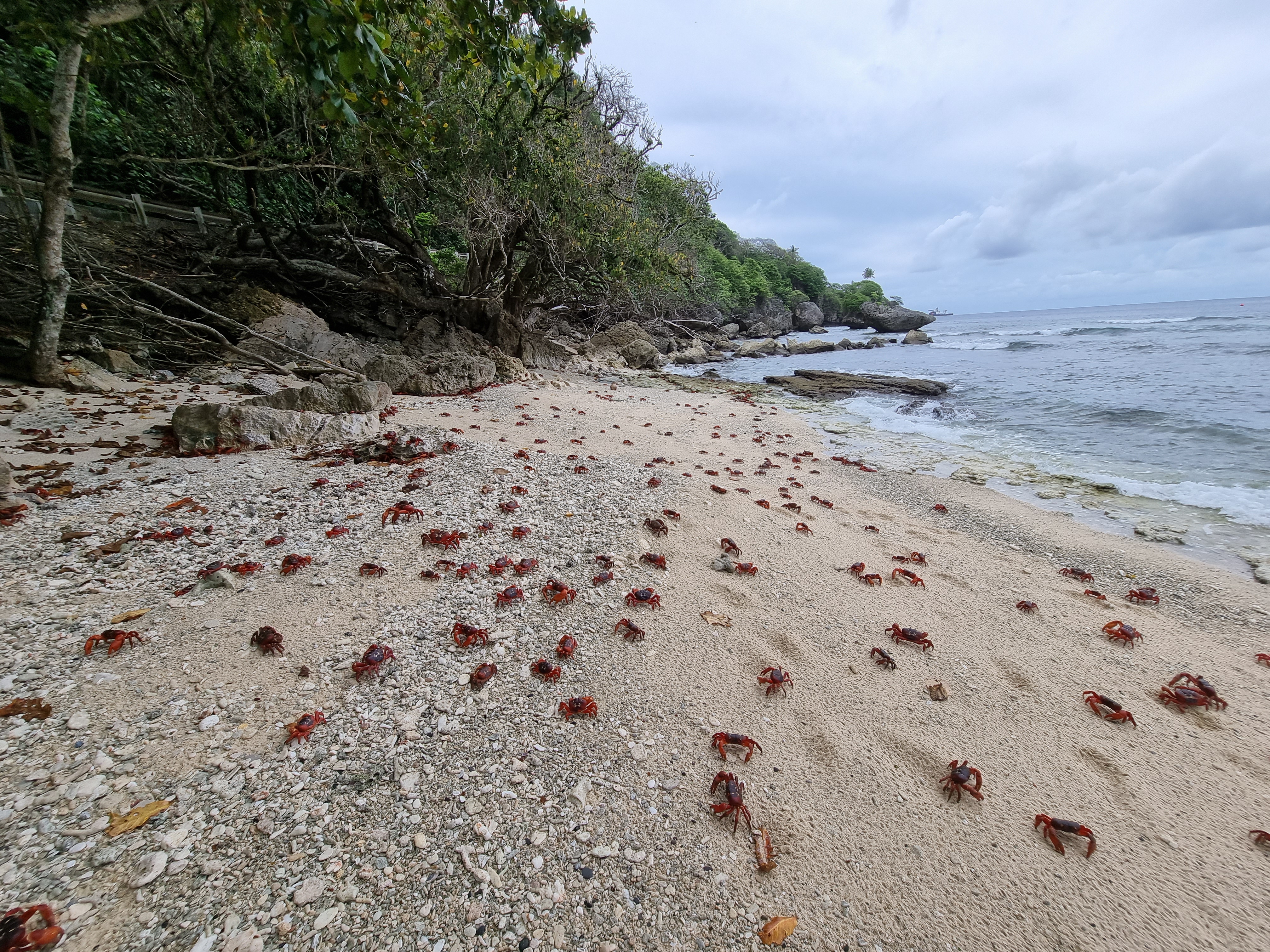 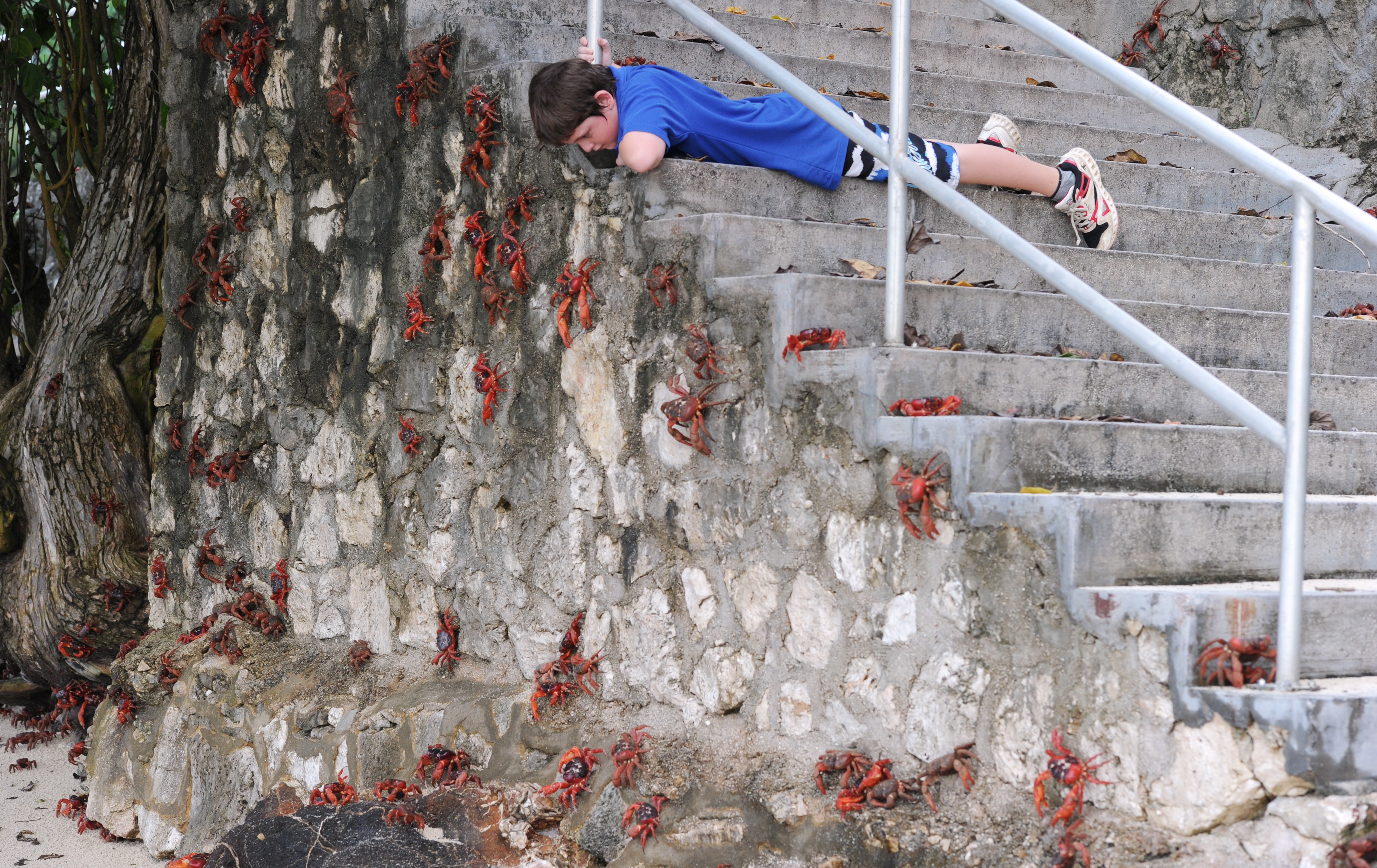 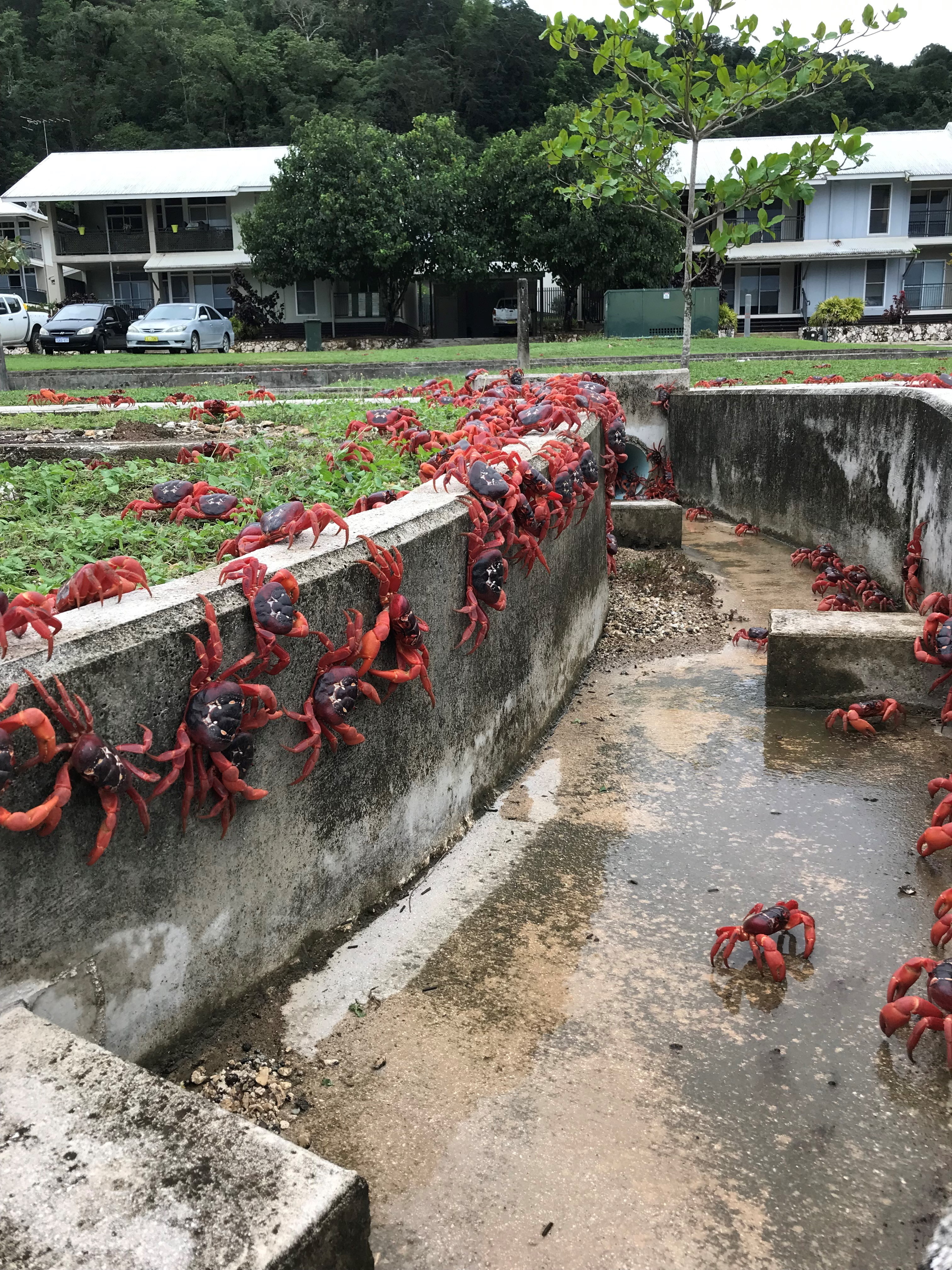 Prince Charles to be a driven and intellectual King, body language suggests