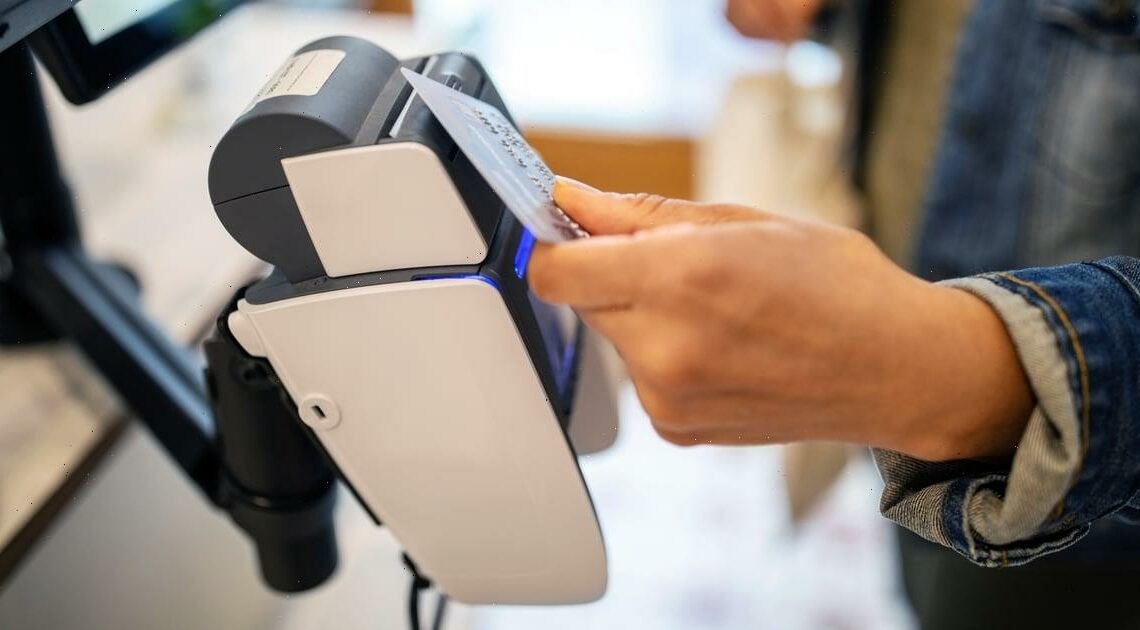 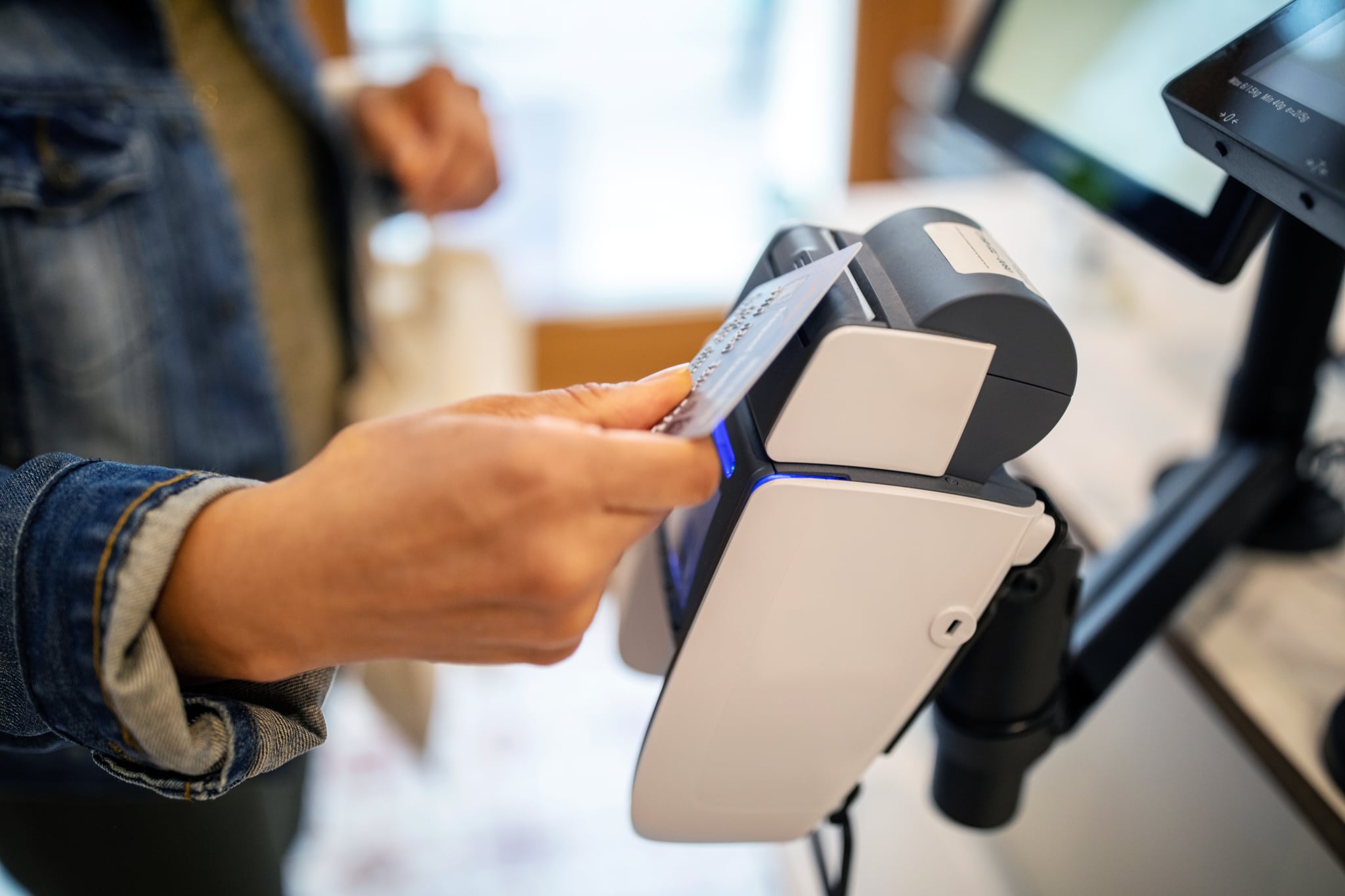 A few months ago, I went to pay for a salad at my local deli with a $20 bill, when the cashier looked at me and said, “We no longer accept cash.” As someone who was always told by my parents to carry cash in case of emergencies, I was a bit startled. Luckily, I was able to swipe a credit card and continue on with my day — but after this encounter, I began to notice that more and more businesses and restaurants had moved away from cash transactions, likely in an effort to limit contact between customers and employees and reduce the spread of COVID-19. Everywhere I looked had a small sign on the door that read: “Card Only, No Cash.”

Immediately, I became concerned for those who do not have a credit or debit card. While about 70 percent of Americans have at least one credit card, there are barriers that keep others out — and in an already challenging economic climate, limiting where one can shop adds yet another lay of hardship that further disadvantages some Americans. Many of the changes that have taken place during the pandemic may shape the way we live, work, and learn for years to come, but the move toward a cashless economy needs to end here. POPSUGAR spoke with experts to find out why.

How Does a Cashless Economy Disadvantage Low-Income Americans?

A cashless economy is when the financial system has no physical cash in circulation; credit and debit cards are the sole form of payment. All transactions are done electronically and digital payment is a necessity. But participation in a cashless economy presumes a level of privilege and financial stability.

POPSUGAR reached out to Aaron Klein, a senior fellow in economic studies at The Brookings Institution, who’s a notable expert in financial technology and macroeconomics. Dr. Klein pointed us to an essay he wrote for The Brookings Institution, a public policy nonprofit organization, in which he explained that “the poorest lack access to basic banking because payment mechanisms are highly segregated by income, by design.” While wealthier Americans are given credit cards with rewards programs, the poorest are shut out entirely.

Unlike credit cards, applying for a debit card doesn’t require a sufficient credit score, but for some Americans, opening a checking account isn’t simple, either. Banks require a government-issued ID, social security number, and proof of address — three forms of identification that underserved communities, including undocumented immigrants and the homeless, may not have available.

Obtaining a bank account — and then maintaining it — can also be expensive. While banks typically don’t charge a fee to open an account, they do require a minimum deposit, which you will need on hand the same day. The minimum deposit varies by bank, but on average, a minimum of $25 is required. And, if a person cannot maintain a balance, the fees just keep piling up. “Every year 30 percent of Americans hit the zero lower balance of their account, triggering an overdraft payment,” Dr. Klein wrote for The Brookings Institution, noting that this charge is usually around $35. That’s on top of the monthly maintenance fees charged by some banks, as well as any fees incurred for not maintaining a minimum balance.

While some banks have policies that allow customers to avoid maintenance fees, these policies usually favor those with a steady income, whose checks are direct deposited into their account — again disadvantaging low-income Americans, who are disproportionately people of color. Yale R. Jaffe, MS, a financial consultant, explained that bank accounts that carry a lower balance and are used more frequently aren’t as profitable for banks as accounts that carry a higher balance. As a result, banks can make it more difficult for customers to maintain a bank account without paying extra fees. By extension, then, “the cashless movement increases the leverage for low-income individuals to be excluded and exploited,” Jaffe told POPSUGAR.

To skirt the banking system and still make cashless payments, some people lean on prepaid cards, which can be purchased at a local pharmacy or grocery store, loaded with money, and used almost like a gift card. But prepaid cards are expensive, too. On average, it costs about $7 to buy a prepaid card and then $1.50 for every purchase. So, if you purchase a $100 Visa card at your local store, it will cost you about $107 up front. If you then use the card to buy a $3 bottle of water, it’s going to cost you about $4.50. “Access to digital payments is costing millions of people billions of dollars,” Dr. Klein wrote.

Is a Cashless Economy Even Good For Business?

The short answer: no. Not only does a cashless economy limit the consumer, but it also disadvantages small businesses. Teresa Strauss, the business manager of Chikaming Dental Center in Sawyer, MI, explained that her office is required to pay substantial fees in order to process credit and debit card payments: $65 a month, plus 2.95 percent on the dollar and 25 cents for every transaction processed. “The cost to go cashless is expensive itself,” Strauss told POPSUGAR. So, who is a cashless economy truly benefitting? No one, it would seem.

While these measures were initially put in place in an effort to limit both workers’ and customers’ contact with surfaces, experts know more about COVID-19 now than a year ago, and it seems unlikely that cash payments are cause for concern. “COVID-19 is spread mainly through close contact from person to person,” the Centers For Disease Control and Prevention (CDC) website states, noting later that “touching surfaces is not a common way that COVID spreads.” The virus is instead spread through respiratory droplets that become airborne when an infected person coughs, sneezes, or talks. For that, the use of masks and plexiglass barriers should be sufficient, allowing customers and merchants to safely exchange cash — and eliminating the only truly valid argument for a cashless economy.

The bottom line? In already trying times, the cashless movement limits the places those who don’t have access to a debit or credit card can shop, while placing a burden on small businesses, which may already be struggling after months of COVID restrictions. It seems that it’s time, then, to reevaluate the effects of our increasingly cashless demands.