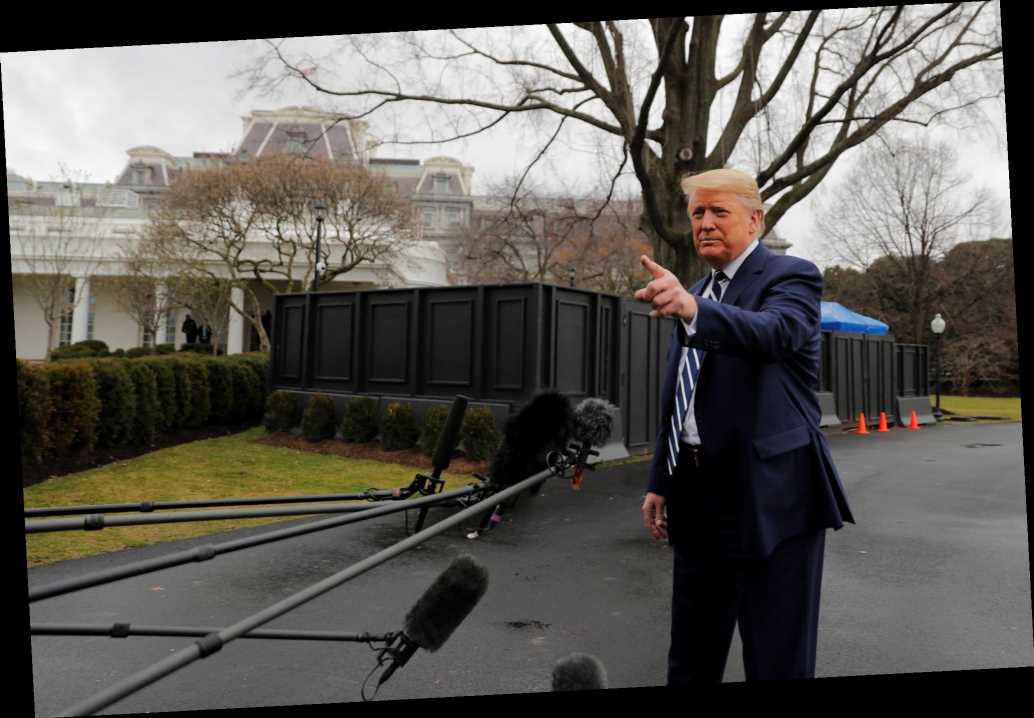 How the White House protects Trump and his staff from coronavirus

WASHINGTON — The White House is holding meetings on how to reduce the threat of coronavirus infecting President Trump and his staff after quietly tightening visitor rules last month, The Post has learned.

In response to the outbreak of COVID-19, the White House has mandated that guests disclose all countries visited in the past 30 days. And further steps are under review by a group led by Tony Ornato, White House deputy chief of staff for operations.

The group was described to The Post by one senior administration official as a “task force” that convenes when necessary to address emerging threat situations.

The biggest visible change in the West Wing has been installation of hand sanitizer stations. But the senior official said temperature checks and ending public tours is possible if the crisis worsens— though neither are imminent.

A different official said that on Feb. 21, the Secret Service began requiring non-pass-holding visitors to the White House complex to submit a list of countries visited in the past 30 days.

The Secret Service and the White House Medical Unit review the information and follow up with people who visited countries with coronavirus outbreaks.

“It’s not a hard and fast ban, but it lets the medical experts know who to talk to with followup questions,” an official said. “People have been very cooperative and understanding, which we appreciate.”

Journalists who do not have a permanent pass and guests entering the adjacent Eisenhower Executive Office Building must supply their travel information as well.

Tourists who visit the White House complete the same form as other visitors, but do so months in advance. It’s unclear if they are being resurveyed as tour dates approach.

The Secret Service did not respond to a request for comment.

Trump in January barred entry to the U.S. by foreign citizens who visited China in the prior 14 days. The ban was expanded this week to Iran, where there is a significant local outbreak. Italy and South Korea also have a large number of infections.

The number of cases in the U.S. soared past 200 this week and a 15th death was reported Friday morning. Nobody has tested positive for the virus in Washington, D.C., but three cases were confirmed Thursday in Maryland.

Trump, eager to tamp down public and market panics, told about 100 people crowded into the White House briefing room last week that he takes the same precautions as he would against the flu.

“You don’t have to necessarily grab every handrail unless you have to,” Trump said. “You know, you do certain things that you do when you have the flu. I mean, view this the same as the flu. When somebody sneezes — I mean, I try and bail out as much as possible when they’re sneezing.”

Trump said his rallies are safe to attend, but joked on Wednesday: “I haven’t touched my face in weeks. It’s been weeks. I miss it.”

“Our policies and procedures remain in line with the president’s guidance to the country — and that is to continue to do everything we can to avoid disruptions to the day-to-day business of leading our nation,” she said.

Grisham said officials look to guidance from federal agencies on issues such as “educating staff on hygiene best practices, existing sick day and telework policies, increased cleaning routines for high-traffic areas, and asking staff to be alert to the CDC & [the State Department’s] current set of international health and travel advisories when scheduling meetings or travel, and inviting people onto the complex.”

The White House complex hosts hundreds of well-traveled staff and guests every day, and many aren’t asked for the travel records under the new policy. For example, regular beat reporters with a “hard pass” do not need to list recently visited countries.

Additional measures to White House security are unlikely to be “foolproof,” the first official said.

“We need to weigh the impact to operations against the benefits,” the official said. “For instance, temperature checks won’t catch someone who is asymptomatic or taking ibuprofen for another ailment.”

In other countries, there are mandatory temperature checks at airports and hotels. The Trump administration adopted additional airport screening of travelers from certain regions this week, but the viral incubation period is believed to be at least 14 days and some infected individuals show only mild symptoms.

Down Pennsylvania Ave. from the White House, Congress faces a more vexing security dilemma. The Capitol and its office buildings remain open to the public with little more than metal detectors at entrances.

Congressional aides tell The Post they aren’t aware of any plans to shut down galleries that overlook the House and Senate chambers or to restrict visitation to Hill facilities.

Florida Rep. Matt Gaetz, the Republican who wore a gas mask on the Hill Wednesday, told The Post lawmakers are more likely than the average citizen to catch the virus.

“Members of Congress are always in airports, taking selfies with other people’s phones,” Gaetz said. “If there’s anybody that’s going to get coronavirus it’s going to be the United States Congress. House rules do not explicitly allow medical headgear even at this time of heightened concern. This is a rule that should be revisited.”