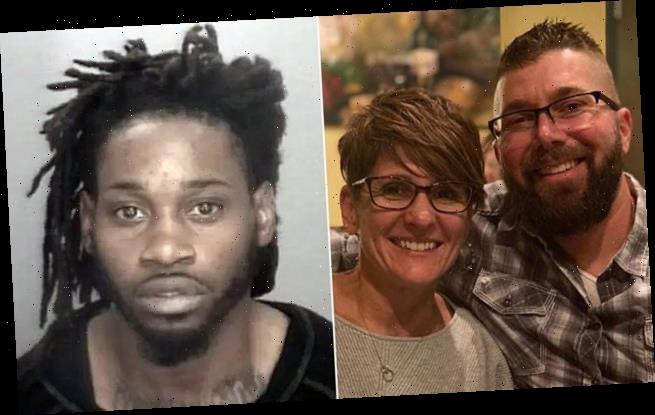 ‘Stay with me Julie’: Heartbreaking 911 call of husband begging dying mother-of-six to breathe after she was shot in road-rage attack

The heartbreaking 911 call from a husband trying to save his dying wife after she was shot in a horrific road rage attack has been released by police.

Ryan and Julie Eberly were driving down Interstate 95 in North Carolina on March 25  when he failed to see a car while merging lanes and accidently cut off another driver.

Dejywan Floyd, 29, allegedly retaliated by firing multiple shots into their car, hitting Julie in the head. 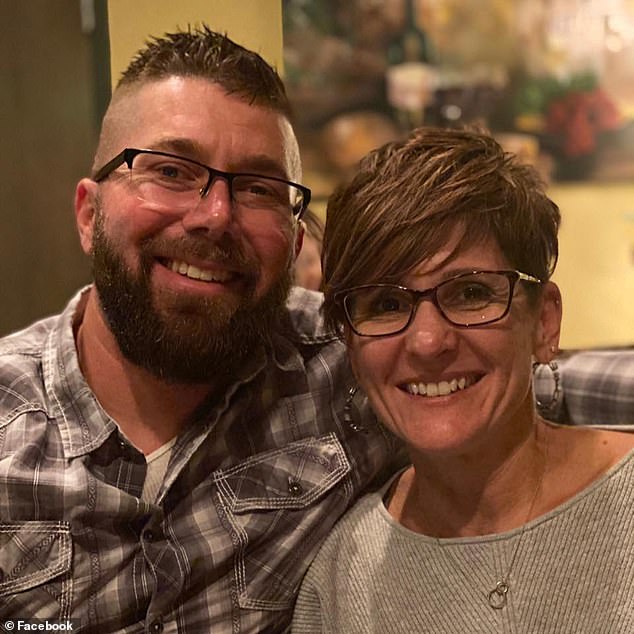 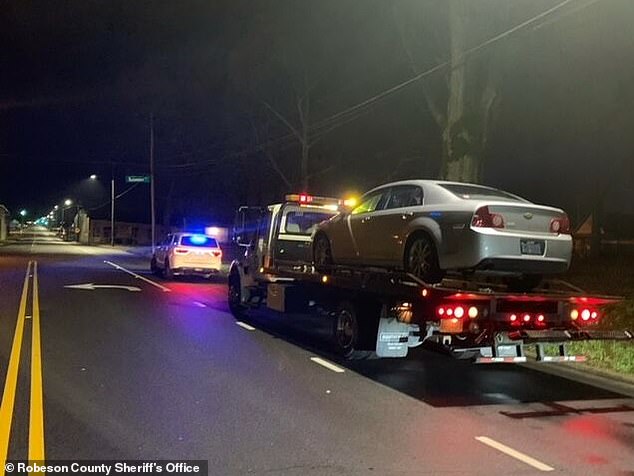 Floyd was arrested on Thursday and charged with first-degree murder of the mother-of-six, 47, who was on her way to a beach vacation.

Robeson County Sheriff Office has released the distressing audio of the call made by Ryan to a 911 handler after the shooting. 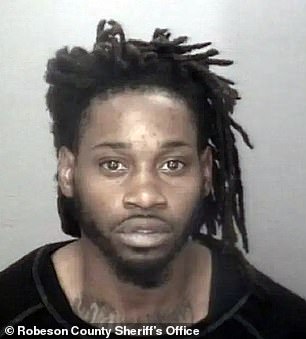 The panicking husband keeps imploring his wife to ‘breathe’ and ‘stay with me’ as she slips out of consciousness.

The recording shows Ryan crying as he said: ‘Some guy just shot into my car in my wife’s head… My wife is shot, she’s bleeding badly, I need help now!’

The handler tells him to lay Julie down flat and listen to her breathing which the husband describes as ‘slow and labored’.

Ryan then describes how he saw one man in a white or silver sedan carry out the attack.

He said: ‘Keep breathing, dear. I am right here. We’re getting help.’

Police took around ten minutes to arrive on the scene and took Julie to UNC Health Southeastern in Lumberton where she died. 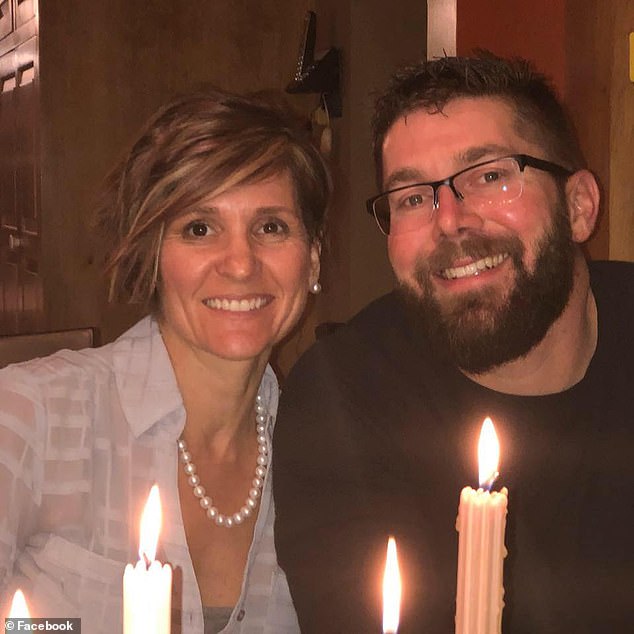 Police say Floyd immediately retaliated by firing multiple shots into the passenger side of the couple’s car.

According to Julie’s husband, there was no confrontation leading up to the fatal shooting.

‘I didn’t give him the finger or beep my horn at him or anything to heighten the situation at all,’ Eberly told Lancasteronline.

Eberly says that switched into the right lane to get around a slower driver when he became aware of Floyd’s Malibu driving on the shoulder.

He says the driver then rolled down his window and gestured to which he responded with an apologetic gesture and returned to the left lane. 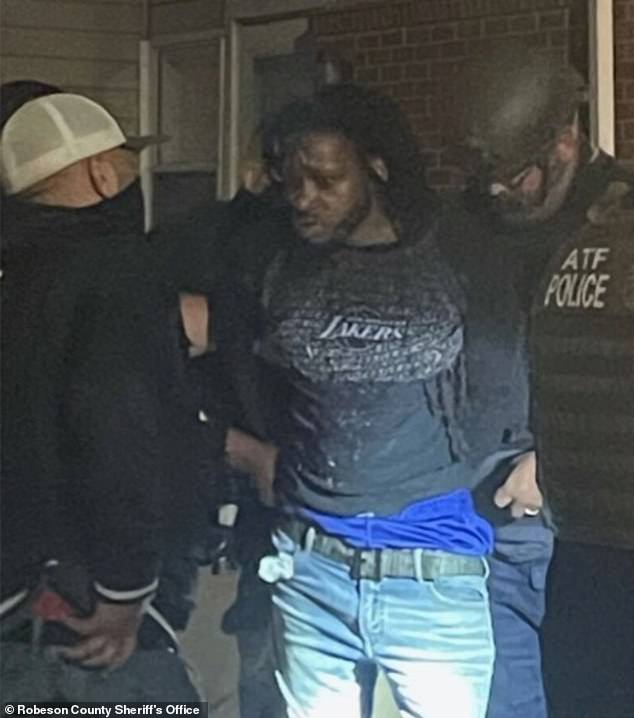 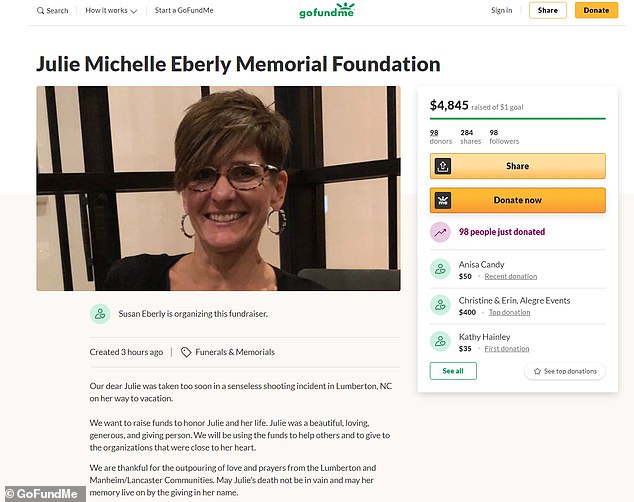 A GoFundMe campaign launched to help the family start a memorial foundation in Julie Eberly’s name has raised over $65,000 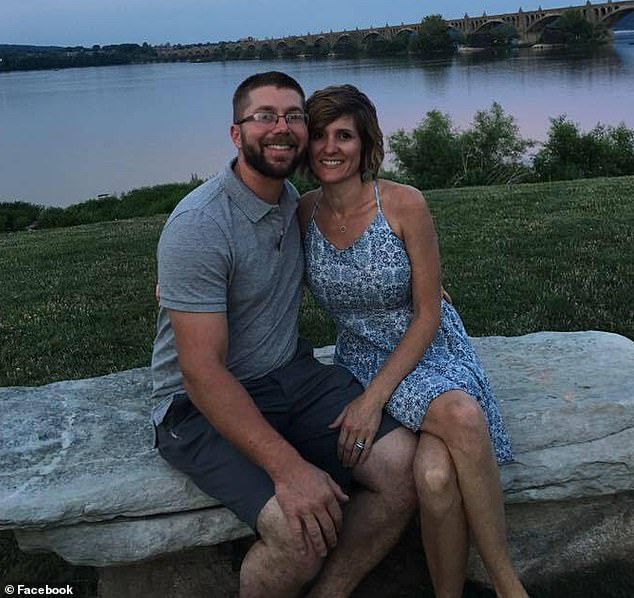 According to Eberly, shortly after he noticed the Malibu tailing him before pulling up to the side, rolling down the window and firing into his car.

‘I looked over. The passenger window of my car was shattered. My wife called my name,’ Eberly told Lancaster Online.

Police said after the shooting Floyd sped away and took Exit 22 before crossing the bridge into Lumberton.

‘This was an innocent family from Pennsylvania headed to the beach for a vacation. Thankfully they had left their six children at home with grandparents but now these kids have to live with the thought of their mother being murdered … in such a cowardly and senseless way,’ Sheriff Wilkins said.

A GoFundMe set up by Julie’s mother-in-law to help start a memorial foundation in her name has raised over $65,000.

‘We want to raise funds to honor Julie and her life,’ the description reads. ‘Julie was a beautiful, loving, generous, and giving person. We will be using the funds to help others and to give to the organizations that were close to her heart.’