‘I was petrified’: scammers impersonate federal agents in bid to rob Australians

Angela was alarmed when she received a phone call informing her that 10 bank accounts had been created under her name without her knowledge. But ‘Henry’, an Australian Federal Police officer said he could help rectify the situation.

Little did Angela know that he was a scammer.

Henry directed Angela to go to the closest bank and withdraw money from her account. He would then help put it into another account where it would be safe. She withdrew about $8500, leaving only a few hundred dollars in her account. 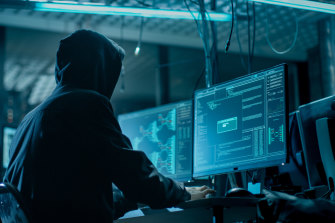 Between January 1 and August 15 this year, Scamwatch has received over 28,900 reports of scammers impersonating government agencies via the phone, with losses of more than $3.88 million. Credit:

“I was petrified. I was so scared,” the 24-year-old, who has been in Australia for two-and-a-half years, said.

But when Henry asked what kind of notes she had withdrawn, Angela saw a red flag. She hung up and called her husband. When he dialled Henry’s number he was connected to the real AFP where an officer told them it was a scam

“I don’t want anyone else going through this,” Angela said. “All of [someone’s] savings could be going in a minute.”

Angela is one of many Australians who have been contacted by scammers impersonating federal agents from the AFP and the Australian Tax Office. In many cases, the scammers make it appear that the number they are dialling from is that of an official government agency, also known as spoofing.

In addition, scammers have issued fake arrest warrants via email and social media to victims, which can be cancelled by depositing money into a nominated bank account or purchase online vouchers.

People have paid thousands of dollars believing these calls were real.

The AFP has received hundreds of calls in the past few months from people who have been contacted by scammers. But authorities fear the true number is much higher, with many victims reluctant to come forward.

“This scam isn’t new, but we haven’t seen the AFP brand used quite so much. It’s a pretty bold move to use the AFP in this way,” Superintendent Crossling said. “We are very concerned by the volume of these scams.”

Police believe the calls are originating from overseas, but investigations are ongoing.

“From a law enforcement perspective, it is challenging to chase money down. Sometimes we can get lucky on the timing if the money hasn’t gone from Australia,” she said.

During the pandemic, the Australian Competition and Consumer Commission has seen an increase in the number of government impersonation scams being reported.

ATO Assistant Commissioner Tim Loh said that, while it was common for scammers to impersonate ATO employees, there had been an influx of scams demanding payments.

“What’s most alarming about these methods is the implication that these scammers are collecting funds on Australian soil,” he said.

Australia and New Zealand’s national identity and cyber support service IDCARE founder David Lacey said some scammers worked in groups of hundreds and tended to target Australia, Britain, Canada and the US.

“The nature of many Australians is laid back, trusting and relaxed. Scammers love that,” he said. “We estimate that 99 per cent of these crimes go unsolved and in 99 per cent of occasions, people don’t get their money back.”

“We are now in a world where you’ve got to assume any communication is a scam. Unless there is a context shared with you that it is not, make your own enquires. Scammers prey on fear or positive incentive, they play on people’s emotions and want people to respond without thinking.”

“Be wary when answering calls from unknown numbers. It is okay to let a call go to voice mail if you think it may be a scammer,” the spokesperson said.

“Be suspicious if you receive a call out of the blue asking you for personal information, financial information or requesting access to your computer or any other device. Stop and consider whether they could be a scammer.”