Home » In Rwanda, France tries to reset relations with Africa in China’s shadow 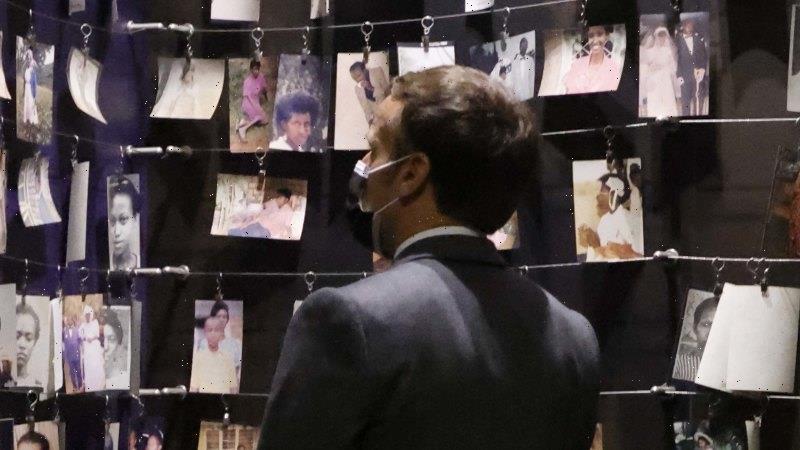 In Rwanda, France tries to reset relations with Africa in China’s shadow

Paris: After nearly three decades of recriminations over France’s role in Rwanda’s genocide of 1994, the leaders of the two countries have stood side by side in the Rwandan capital, Kigali, declaring a new chapter in their relations.

After laying a wreath at the Kigali Genocide Memorial and observing a minute of silence, French President Emmanuel Macron said his country had “a duty to confront history”. Rwandan President Paul Kagame later said the visit was “about the future, not the past”.

Macron said he recognised his country’s role in the Rwandan genocide and hoped for forgiveness, seeking to reset relations after years of Rwandan accusations that France was complicit in the 1994 atrocities. 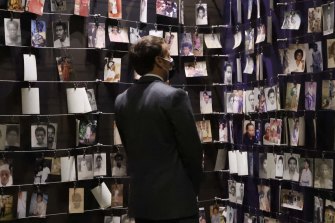 French President Emmanuel Macron looks at the images of genocide victims on display during his visit to the Kigali Genocide Memorial, where some 250,000 victims of the Rwanda massacres are buried, in Kigali.Credit:AFP

“Only those who went through that night can perhaps forgive, and in doing so give the gift of forgiveness,” Macron said at the memorial, where more than 250,000 victims are buried. Rows of skulls lie there in a mass tomb and the names of the victims are inscribed on a black wall.

Macron’s two-day visit to Rwanda was the fruit of a long and tortuous process of reconciliation between the two countries, one that amounted to his most successful attempt at an often stated goal of finding friends and potential business partners in new corners of Africa.

It also clinched something far rarer: a shared understanding by an African nation and a former colonial power of a historical crime — the genocide that led to the deaths of 800,000 ethnic Tutsis and moderate Hutus. 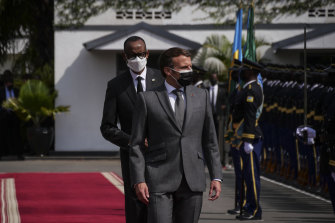 At a time when statues of colonial-era figures are being toppled in European cities, Macron has championed the reexamination of painful chapters of history as a way to reset relations with African nations, and he has found a willing partner in Kagame.

“A common history is now emerging,” said Vincent Duclert, a French historian who led the commission that produced a damning report on France’s role in the genocide for the French government.

The report absolved France of direct complicity in the killings – an accusation that Kagame has sometimes made and a point Macron was careful to note.

“The killers who stalked the swamps, the hills, the churches, did not have the face of France. France was not an accomplice,” Macron said, nevertheless saying “I come to recognise the extent of our responsibilities.” 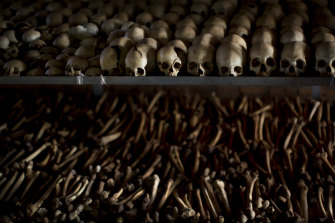 The skulls and bones of some of those slaughtered are laid out on shelves in an underground vault as a memorial to the thousands who killed in and around the Catholic church in Nyamata, Rwanda, during the 1994 genocide. Credit:AP/File

France still derives much of its international standing from the influence it retains in its former African colonies. But Russia is expanding its presence in former French colonies like the Central African Republic and Madagascar. Russia and Turkey, France believes, are waging social media campaigns to inflame anti-colonial sentiments against its interests in the continent.

China is grabbing more business interests in the Ivory Coast, the crown jewel in France’s former colonial empire. In a two-pronged challenge, China financed the construction of a $US30 million Museum of Black Civilisations in Senegal that will house African art that was plundered by European colonial powers and is slowly being restituted. China also opened its first overseas military base in Djibouti and has invested heavily in the nation’s infrastructure including upgrading ports and building a railroad extending into Ethiopia.

For Kagame, the rapprochement is expected to attract French investments and strengthen ties with other Francophone countries while reinforcing Rwanda’s policy of diversifying its alliances, said Jean-Paul Kimonyo, a former adviser to Kagame.

And it also burnishes his leadership at a time when people in Africa are clamouring for greater accountability from their leaders. Kagame’s once golden reputation has been tarnished in recent years as the Rwandan government faces scrutiny over its human rights record, its campaign of assassinations and kidnapping of exiled dissidents and its long entanglement in conflicts in neighbouring states.

Experts say Macron is drawn the most to African countries with strong economic potential that happen to be outside France’s traditional sphere of influence.

Airbnb Extends Party Ban Through the End of Summer