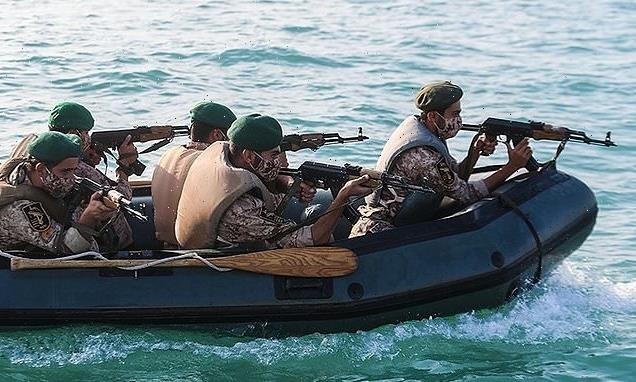 Iran’s Revolutionary Guard has staged what it called a ‘major’ military drill around the Strait of Hormuz amid tensions with the US over its nuclear programme.

Military chiefs said the five-day drill will involve ground, navy and airborne forces training in the strategic waterway through which a fifth of the world’s oil passes.

The drill, dubbed Exercise of the Great Prophet, takes place two days after nuclear talks between Iran and other world powers broke up without agreement – following clashes over new demands from Tehran. 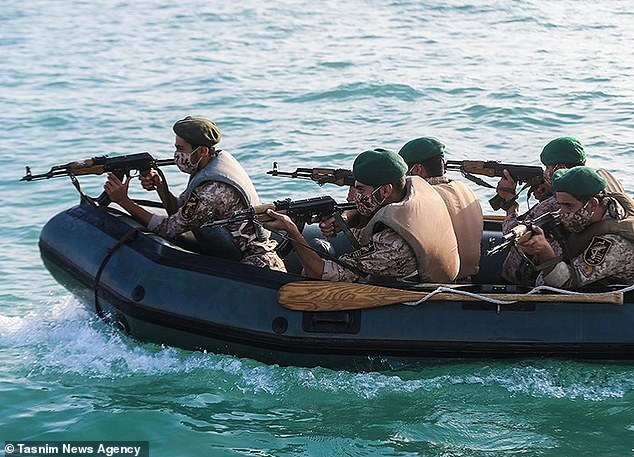 Iran is holding military drills in the Strait of Hormuz, a strategic waterway through which a fifth of the world’s oil passes each day 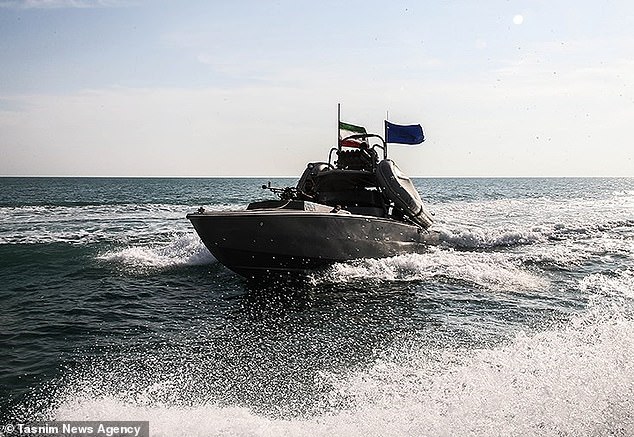 The drills involved land, sea and air forces and will take place over five days, according to the Revolutionary Guards

China, Britain, France, Germany and Russia are trying to negotiate new limits to Iran’s nuclear programme amid fears it is trying to develop weapons, with America participating indirectly.

A previous deal, signed by President Obama, was torn up by Donald Trump  – prompting Iran to significantly advance its nuclear technology including enriching uranium close to levels needed for a bomb.

Joe Biden has signalled that he would be willing to sign some kind of deal that would mean Iran giving up the weapons-grade material and putting in place curbs to ensure no weapons can be built, in return for relief from economic sanctions that have crippled the ruling regime.

But, since Obama negotiated his deal, leadership in Tehran has been handed over to hardliner Ebrahim Raisi who is striking a harder tone than predecessor Rouhani.

Against that backdrop, drills by the Islamic Revolutionary Guard Corps took place around the Strait of Hormuz starting Monday.

Pictures of the drill showed commandos in dinghies and two gunboats taking part in landing drills in the strait.

Iranian forces will launch ‘a crushing attack on all bases, centers, paths and space used to carry out the aggression without delay,’ the semi-official Mehr news agency quoted him as saying.

‘Any threat to Iran’s nuclear and military bases by the Zionist regime is not possible without the green light support of the United States,’ he said.

Earlier on Monday residents in Bushehr, where Iran’s nuclear plant is located, reported hearing loud explosions and seeing lights in the sky – sparking fears it could be under attack by arch nemesis Israel.

The Iranian military later said this was part of the drill, while vowing to give a ‘crushing response’ to any Israeli attack.

Negotiations over Iran’s nuclear technology have been taking place in Vienna, but broke up on Friday without agreement as Iran’s top diplomat went back home to seek further guidance on measures to be put in place.

European diplomats said it was ‘a disappointing pause’ and that negotiators in Vienna are ‘rapidly reaching the end of the road.’

However, they did point to ‘some technical progress’ so far.

‘It was better than it might have been, it was worse than it should have been, which leaves us in an uncertain position as to whether we can get to where we need to go in the short time that we have left to get there,’ the official said.

Participants said they aim to resume quickly, though they haven’t yet firmed up a date. China’s chief negotiator, Wan Qun, said the talks will ‘resume hopefully before the end of the year.’

Enrique Mora, the European Union diplomat who chaired the talks, echoed that, saying: ‘I hope it will be during 2021.’

The United States has participated indirectly in the ongoing talks because it withdrew from the accord in 2018 under then-President Donald Trump.

President Joe Biden has signaled that he wants to rejoin the deal. 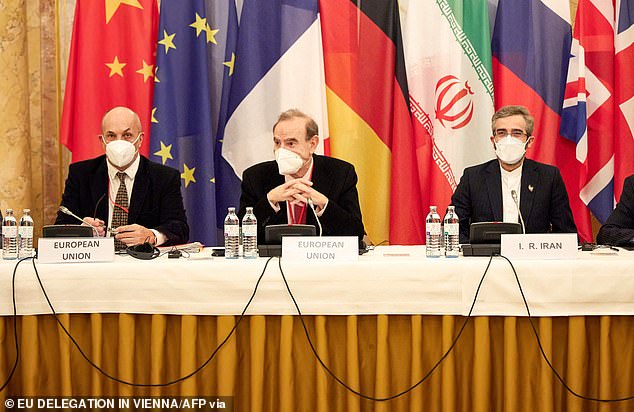 ‘For the eighth round, we have a lot of work ahead, a very complex task, I have to say,’ Mora said. ‘Difficult political decisions have to be taken.’

The original accord was meant to rein in Iran’s nuclear program in return for loosened economic sanctions.

Britain, France, Germany, Russia and China are still part of the agreement.

Negotiators from the three Western European powers said they ‘respect’ Iranian negotiator Ali Bagheri Kani’s decision to return to Tehran ‘though it brings a disappointing pause in negotiations.’

They said the other participants were ready to continue the talks, and stressed that ‘this negotiation is becoming ever more urgent.’

After twice expressing frustration during the recent talks, they said that ‘there has been some technical progress in the last 24 hours, but this only takes us back nearer to where the talks stood in June.’

‘We hope that Iran is in a position to resume the talks quickly, and to engage constructively so that talks can move at a faster pace,’ the European negotiators said.

Iran’s nuclear program ‘is now more advanced than it has ever been,’ making it critical that Tehran refrain from taking further steps that escalate the situation, they said.

‘As we have said, there are weeks not months before the JCPOA’s core non-proliferation benefits are lost,’ they added. ‘We are rapidly reaching the end of the road for this negotiation.’

Russia’s delegate to the talks, Mikhail Ulyanov, said the latest round has set a ‘sound basis for more intensive negotiations.’

‘The negotiators now much better understand each other,’ Ulyanov wrote on Twitter.