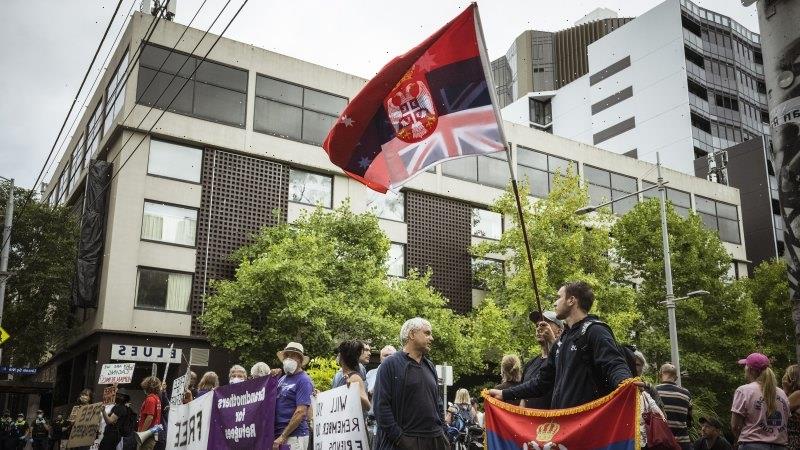 It’s no Djoke: The chequered history of the hotel holding the world’s best tennis player

When refugee advocate Jane Salmon was first asked about the world’s top tennis player, 20-time grand slam winner Novak Djokovic, being taken to the Park Hotel, she thought The Age was joking.

“Thanks for the laugh,” she said. 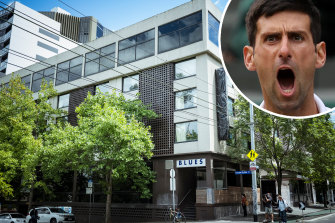 The Park Hotel in Melbourne’s Carlton neighbourhood, where Novak Djokovic is being held after having his visa cancelled. Credit:Chris Hopkins, Getty

Nestled at the edge of Melbourne’s CBD, on Swanston Street in Carlton, the hotel has, for more than a year, been used by Australian Border Force as a makeshift immigration detention centre, mainly for asylum seekers transferred to Australia from Papua New Guinea and Nauru.

The building has been the site of COVID-19 outbreaks and fires broke out there in the last week of 2021, with detainees alleging they were evacuated while handcuffed. Police have told The Age that a 39-year-old man is expected to be charged on summons with criminal damage by fire and reckless conduct endangering life. 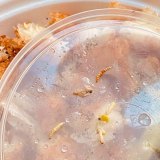 Detainees said there were maggots in their meal of chicken and broccoli in December.Credit:Mohammad Joy Miah

Days later, detainees said they were given maggot-infested food.

Djokovic is notoriously strict about his diet, which is outlined in the book Serve To Win, the 14-day Gluten-Free Plan for Physical and Mental Excellence.

Before reopening as the Park Hotel at the end of 2020, the hotel was known as the Rydges on Swanston. It was the source of a COVID-19 outbreak that triggered the devastating second wave of coronavirus in Victoria that led to hundreds of deaths. More than 90 per cent of infections during that wave were traced back to international arrivals at the hotel.

Mr Miah and more than 30 other asylum seekers, most of whom were brought to Australia for medical treatment and have been detained for eight or more years, were joined at the Park Hotel by the male world tennis No.1 Djokovic on Thursday. Djokovic’s brother Djordje said he was taken to a “dirty room without any belongings” while Serbian tennis reporter Sasa Ozmo, who has a close working relationship with the superstar, said there were “bugs” in his room.

Serbia’s foreign affairs secretary Nemanja Starovic has now urged Australia’s ambassador to the country to demand Djokovic be moved to “accommodation befitting the best sportsman in the world”. 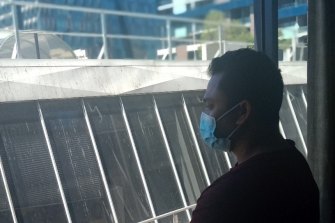 Djokovic will remain there until at least Monday while he appeals his deportation in the Federal Circuit Court. At a hearing on Thursday Judge Anthony Kelly asked if Djokovic would have access to a tennis court for practice at the Park Hotel. Answer: no.

Since a fire on December 23, detainees have had no access to any gym facilities or the outdoor smoking terrace, which normally would provide their only access to the open air. Tinted bedroom windows do not open, asylum seekers said.

“I just want fresh air. We need fresh air and light. We have no access,” Mr Miah said. “We can’t get any fresh air from outside … Sometimes I can’t breathe in this room.”

Mr Miah was one of more than 20 asylum seekers who contracted COVID-19 in an outbreak at the hotel in October. He spent two weeks in isolation on the first floor and said no laundry was provided.

“The room was unclean. I was in that room 15 days [wearing] same clothes, I have no laundry for 15 days.”

He said it took six hours to be provided with Panadol, and his requests for ginger to soothe his throat while infected with COVID-19 went unanswered.

The Human Rights Commission has repeatedly lobbied the government to end the use of hotels for prolonged detention. It has described quarantine in hotels as even more restrictive without access to appropriate facilities, noting reports of people not being able to access toiletries or a spare change of clothes.

Home Affairs last year, responding to a scathing report by the Human Rights Commission, said suspected COVID-19 patients had access to personal items, such as clothes, toiletries, their phones and devices, and could request a laptop, books or activity packs.

Home Affairs Minister Karen Andrews on Friday rejected Djokovic was “being held captive” at the hotel, saying he could leave the country at any time.

Anti-vaccine mandate and “freedom” protesters and refugee advocates separately gathered outside the Park Hotel on Friday.

The Department of Home Affairs has been contacted for comment.