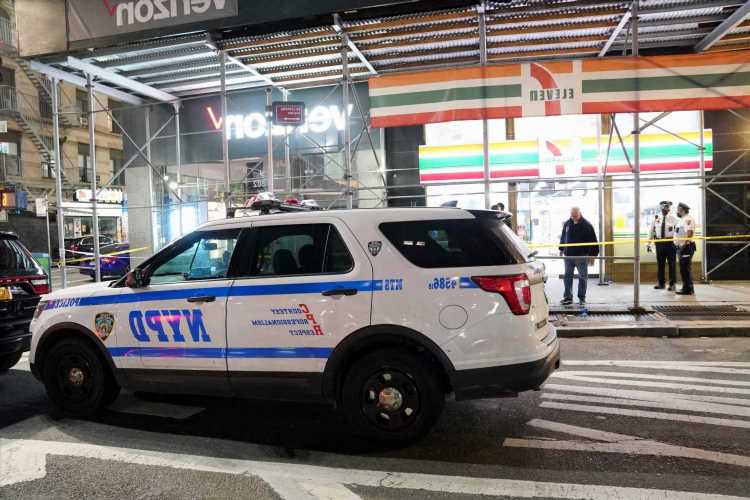 It’s stray-zy out there! NYC needs new war on guns

Learn to live with filth, disorder and crime in de Blasio's NYC

Stringer disgraced himself by accepting the NYC teachers union's endorsement

Andrew Cuomo's insidious lies are finally catching up with him

Is anyone too old, too young or too frail to be immune to Bill de Blasio’s signature contribution to contemporary New York life — the stray bullet?

Andres Rodriguez of The Bronx — 80 years old, an Army vet and in the grip of Alzheimer’s — became another de Blasio statistic Monday afternoon when he was struck in the buttocks by a bullet the cops say was meant for someone else as he walked in East Morrisania.

The wound was not life-threatening, though the affront to personal dignity, and to the neighborhood’s diminished sense of safety, was considerable.

The NYPD reports that shootings in East Morrisania, and also shooting victims, have more than doubled from 2020. “It’s out of control,” says the victim’s son, Miguel, with considerable understatement. “More police presence would help.”

As indeed it would, and not only in East Morrisania. Even more helpful would be a coherent citywide anti-gun strategy, which it had until this pernicious notion took hold: That the NYPD is the enemy, and not the depraved young men — and sometimes even children — who blindly fire sophisticated weapons into public spaces for fun, profit and maintenance of turf.

Then, overlying the blood spatter, come the street-corner memorials: The candles, the balloons and the teddy bears — and especially the teddy bears when the stray-bullet victim is a toddler, or a baby in a crib.

But what doesn’t usually happen next is community cooperation with the police. Neighbors who know full well who did what to whom stand mute before the detectives — and who can blame them?

When de Blasio and his police commissioner, Dermot Shea, dismantled the city’s hugely successful anti-gun street crime units, when the City Council embraced the defund rhetoric, and when Gov. Cuomo and the Legislature bought into the anti-cop zeitgeist and obnoxiously did away with most bail, the message to law-abiding New Yorkers became clear: You’re on your own, chumps.

Cooperative witnesses? Get serious. Much safer to look the other way and to pray for peace.

And so now it’s not safe for an 80-year-old to cross a Bronx street, or to wheel a toddler through Times Square. Now you need a clicker to keep the stats straight.

One thing’s for sure: Andres Rodriguez deserved better. So does New York City.