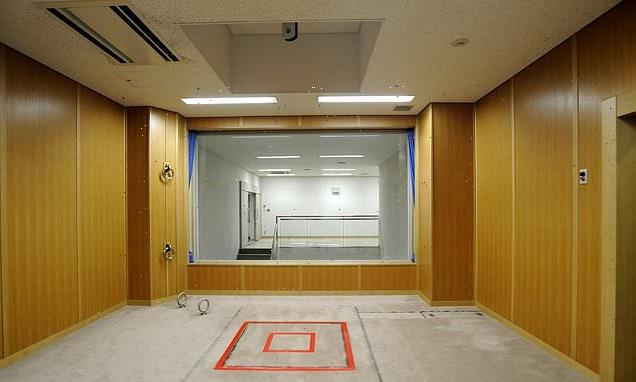 Japan has hanged three prisoners in the country’s first executions for two years and the first under new Prime Minister Fumio Kishida.

Yasutaka Fujishiro, 65, was hanged as punishment for killing his 80-year-old aunt, two cousins and four others during a hammer and knife rampage in 2004.

Tomoaki Takanezawa, 54, and Mitsunori Onogawa, 44, were also hanged for killing two clerks at an arcade game parlour in 2003.

The Japanese government defended its use of the death penalty, saying it is necessary to deal with ‘atrocious crimes’. 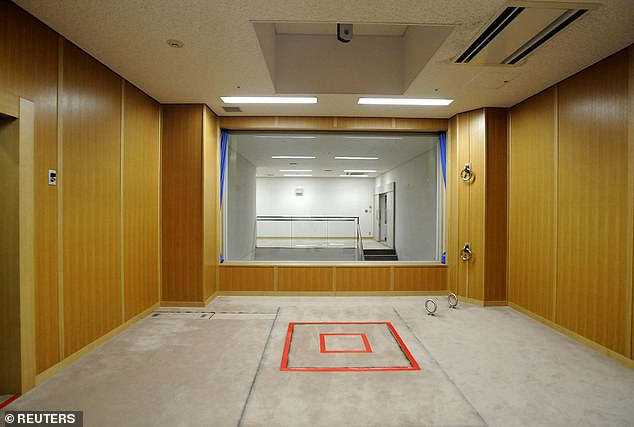 Japan is one of only a few developed nations to continue using the death penalty and currently has around 100 prisoners on death row, mainly for mass murders.

It carries out the penalty by hanging, using a purpose-built chamber in Tokyo with a trap door below the prisoner and a rope attached to the ceiling.

The executions were the first under Prime Minister Fumio Kishida, who took office in October.

‘Whether to keep the death sentence or not is an important issue that concerns the foundation of Japan’s criminal justice system,’ deputy chief cabinet secretary Seiji Kihara said.

‘Given that atrocious crimes keep occurring one after another, it is necessary to execute those whose guilt is extremely grave, so it is inappropriate to abolish capital punishment.’

His comments come against the backdrop of an arson attack on a mental health clinic in Osaka last week, which killed at least 25 people.

The suspect, a 61-year-old patient, is accused of deliberately starting a blaze on the clinic’s fourth floor and of trying to seal the exits using tape to stop people escaping.

Japan executed three prisoners in 2019 and 15 in 2018 – including 13 from the Aum Shinrikyo cult that carried out a fatal 1995 sarin gas attack on the Tokyo subway.

For decades, authorities have told death row inmates just hours before an execution is carried out.

Two prisoners are suing the government over the system, which they argue is illegal and causes psychological distress.

The pair are also seeking compensation of 22 million yen ($194,000) for the distress caused by living with uncertainty about their execution date.

Documents and news archives show that Japan used to give death row inmates more notice, but stopped around 1975.

In December 2020, Japan’s top court overturned a ruling blocking the retrial of a man described as the world’s longest-serving death row prisoner, raising new hope for the now 85-year-old.

Iwao Hakamada has lived under a death sentence for more than half a century after being convicted in 1968 of robbing and murdering his boss, the man’s wife, and their two teenaged children.

But he and his supporters say he confessed to the crime only after an allegedly brutal police interrogation that included beatings, and that evidence was planted.

Worldwide, at least 483 people were executed last year in 18 countries, according to rights watchdog Amnesty International.

That represents a drop of around a quarter from the year before, and fits a downward trend since 2015.

The figure does not, however, include the ‘thousands’ of executions believed to have been carried out in China, which keeps such data secret, along with North Korea and Vietnam.

Japan and the United States are the only members of the G7 group of developed countries that still use the death penalty.