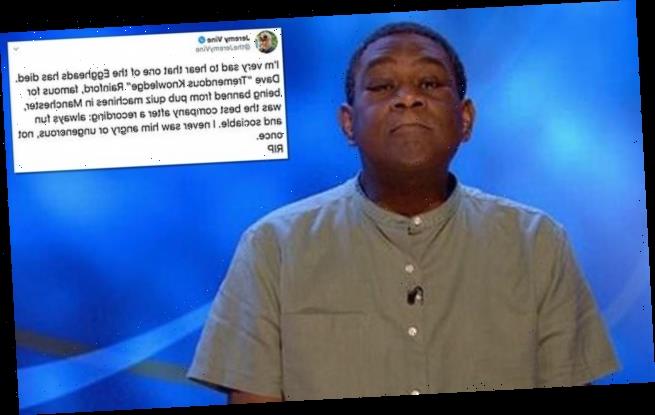 The brainbox had been a regular on the BBC tea time quiz show since 2012 after taking over from CJ de Mooi.

But he was forced to step down last year following an unconfirmed illness.

Vine shared his devastation on Twitter, saying: ‘I’m very sad to hear that one of the Eggheads has died. 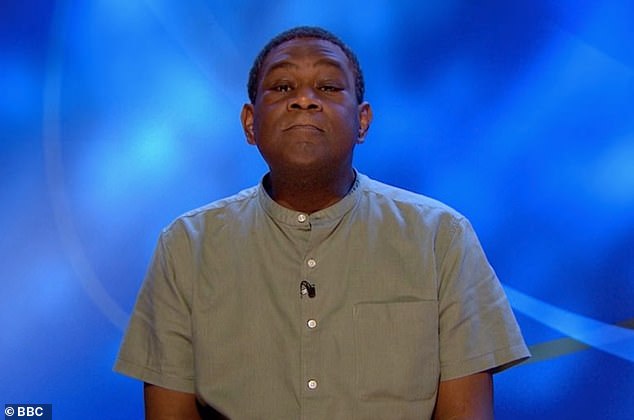 ‘Dave “Tremendous Knowledge” Rainford, famous for being banned from pub quiz machines in Manchester, was the best company after a recording: always fun and sociable.

‘I never saw him angry or ungenerous, not once.’

In 2018, the star announced that he was taking a break from the series to ‘recuperate’, leaving fans concerned about his health.

He said at the time: ‘Brand new Eggheads starting on Monday. I was still recuperating when these programmes were recorded, but I can promise you that there are some great shows coming up with excellent challengers that will keep you on the edge of your seats. Keep watching.’

The professional quizzer landed a spot on the show after he won £250,000 on Who Wants To Be A Millionaire in 2005.

And with his fame came notoriety, as he was famously once banned from entering pub quizzes in Manchester. 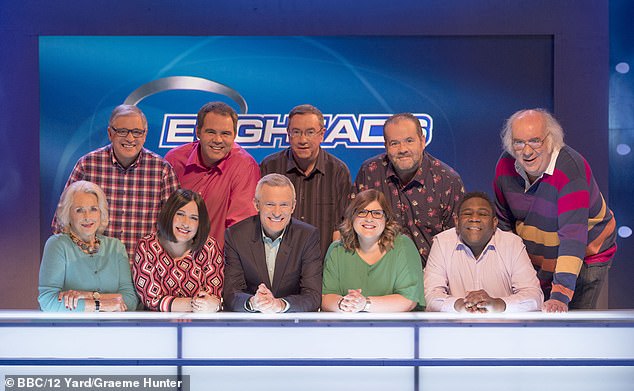 The Chase’s Paul Sinha tweeted: ‘Devastated at the loss of my friend David Rainford.

Fellow Chaser Anne Hegerty added: ‘Very sad to learn that Tremendous Knowledge Dave Rainford of #Eggheads has died. One of the nicest people I ever knew. Never a bad word about anyone.’