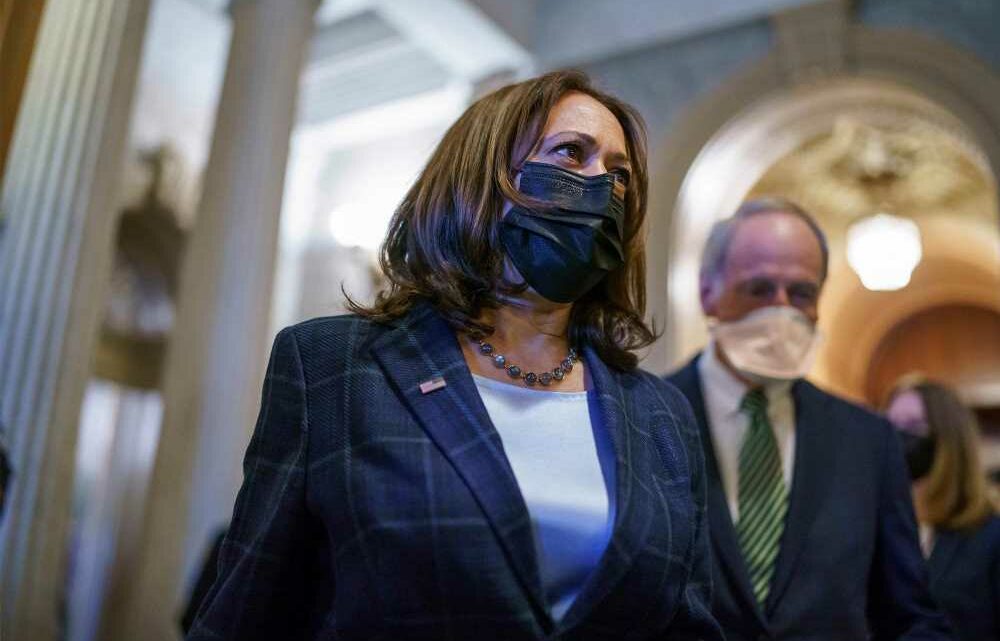 Kamala Harris is utterly flubbing her job as veep

Kamala Harris isn’t very good at this. The vice president has never won an election on her own outside of the hothouse of California politics, and it shows.

On paper, she was a strong contender for the Democratic presidential nomination in 2020. Once the campaign started, she flip-flopped on health issues and couldn’t take a punch from Tulsi Gabbard. Harris flopped out of the race before the voting began. At the time, she was polling at 3 percent nationally and 7 percent in the Golden State.

Nominee Joe Biden got backed into putting her on the ticket even after she effectively called him a segregationist in a nationally televised debate. He had promised a female running mate. Then, after the George Floyd ­riots, he came under public pressure to pick a black woman.

Amy Klobuchar pulled out of the veepstakes, saying that a white woman shouldn’t accept the job. There was only one black woman among the nation’s Democratic senators and governors. Guess who got the call?

Harris was hardly a big asset on the campaign trail. Her convention speech was overshadowed by following Barack Obama’s speech the same night. In her debate with Mike Pence, she spread mistrust of the COVID vaccines; she was barely visible otherwise.

Harris’ judgment is terrible. During the Brett Kavanaugh hearings, she was one of the senators pushing Michael Avenatti’s lurid and swiftly discredited gang-rape yarn, which backfired on Dems.

Polls regularly show that more voters disapprove of Harris than approve of her. Only Pence’s ­approval ratings were that bad at this point among modern vice presidents, but Pence was more popular than then-President Donald Trump at the time. He was likely dragged down by his boss.

Harris is polling this badly at a point when President Biden is still enjoying a more traditional honeymoon period with voters. This is all on her. The polling news only gets worse when you look at how badly she polls with independent voters, or track how many people have strongly unfavorable opinions of her.

Besides being bad at politics, she is bad at governing. In California, she pushed a policy to force nonprofit groups to turn over their donor lists to the state. She mishandled it so badly that the Supreme Court ruled against her after a vast array of her own political allies filed briefs saying that her policy had violated their First Amendment rights. Even the Biden administration’s legal brief threw her under the bus.

Everything Harris has touched in the vice presidency has been a fiasco. She scrambled to backtrack when Biden made her the face of the administration’s border policy, ­ensnaring her in weeks of ­embarrassing efforts to answer when she would visit the border. Her lame excuse to NBC’s Lester Holt: “I haven’t been to Europe,” either.

On a trip to Central America, she tried to talk tough on immigration — “Do not come,” she declared, in terms that she would have ­denounced as heartless and worse coming from Trump — while the president of Guatemala reminded her that people were coming because of her administration’s own messages.

Harris has faced a barrage of bad press even from outlets like CNN that typically lavish Democrats with praise. Those ­reports often deliver barbs from sources inside the administration who obviously loathe and disdain Harris. CNN reported that her team had been in a “panic” over the border assignment. A Politico report based on interviews with 22 current and former staffers detailed the dysfunctional and unhealthy ­atmosphere on Harris’ staff.

One former Harris staffer ­reportedly forwarded that ­report to the staffer’s therapist, commenting, “Rarely in life are we publicly vindicated.” The White House was compelled to go into damage-control mode to defend her with the press.

The latest news is that a group of high-powered Democratic women, led by a prominent public relations specialist, gathered over dinner to strategize how to rehabilitate the vice president’s public image. That is generally not a sign that things are going well.

Democrats in 2024 may have a Joe Biden problem. Biden has visibly slowed already, and he will be 82 by then. But they might prefer that to having a Kamala Harris problem on top of the ticket. We should all hope for Biden’s good health in the meantime.

Dan McLaughlin is a senior writer at National Review.