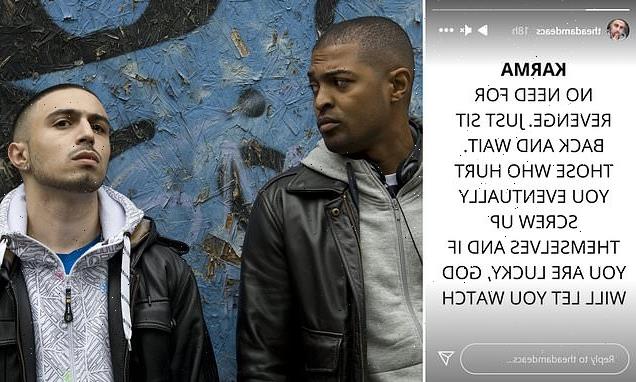 ‘Karma’: Noel Clarke’s Kidulthood co-star Adam Deacon takes to social media in wake of sex allegations after the pair fell out in row over film copyright

A former co-star of Noel Clarke has posted a message about ‘karma’ after the Kidulthood director was accused of sexual harassment and bullying by 20 women.

Adam Deacon fell out with Clarke when the Bafta award-winning star claimed that Deacon had ‘infringed on copyright’ by calling his 2010 spoof film Anuvahood.

Clarke, 45,  went onto accuse Deacon of waging an online trolling campaign against him, claiming at the 2015 trial that the 38-year-old had made death threats.

Deacon was found guilty of harassment without violence, banned from contacting Clarke and ordered to pay £500.

Last night, he posted a message on Instagram which said: ‘Karma. No need for revenge. Just sit back and wait. Those who hurt you eventually screw up themselves and if you are lucky, god will let you watch.’ 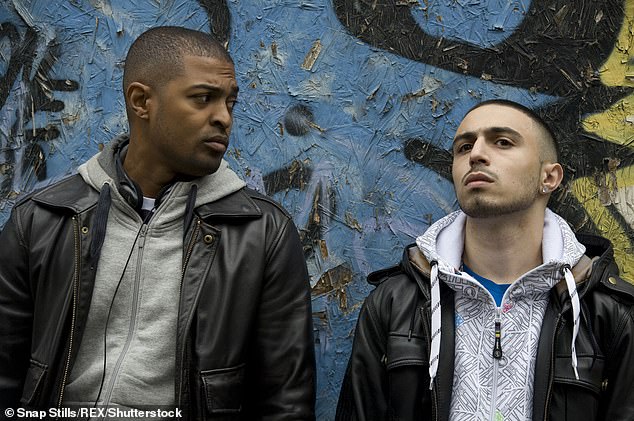 Noel Clarke and Adam Deacon appearing in Adulthood together, released in 2008 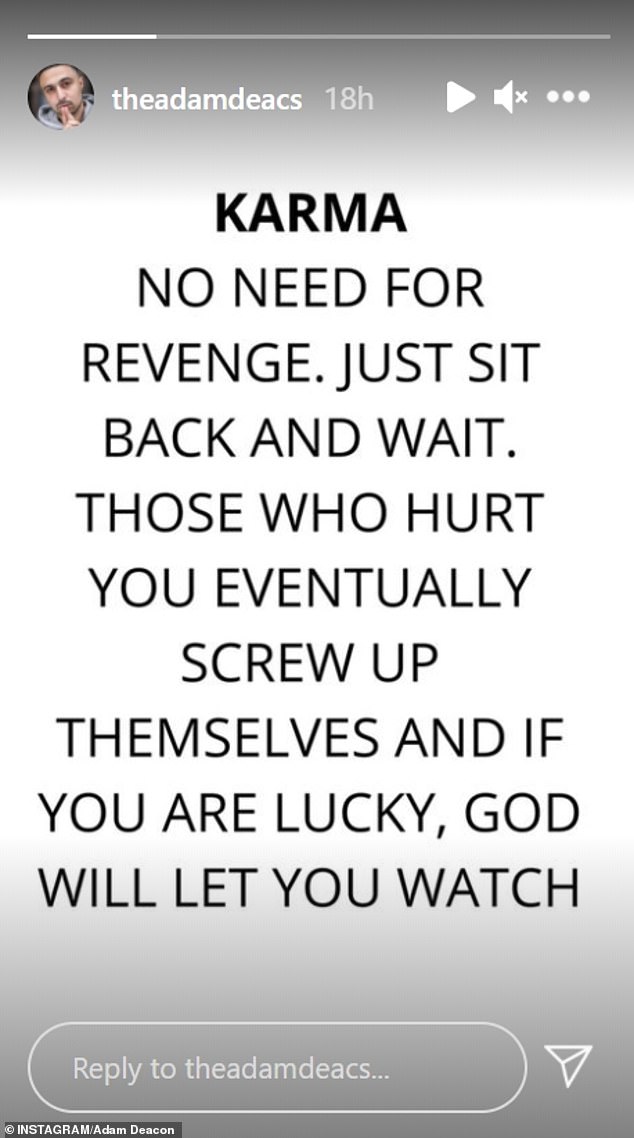 Last night, Deacon posted a message on Instagram which said: ‘Karma. No need for revenge. Just sit back and wait. Those who hurt you eventually screw up themselves and if you are lucky, god will let you watch’

Clarke had set in motion Deacon’s acting career, picking him to star in Kidulthood, released in 2006, and Adulthood, which came out two years later.

When Deacon later decided to make a spin-off, Clarke supported him but insisted he not use the name Anuvahood.

Deacon made the movie and won a Bafta for it, but the pair ended up at Hammersmith Magistrates’ Court in 2015 as their row escalated, with Clarke accusing him of harassment.

Deacon denied the allegation, claiming instead the Clarke was trying to sabotage his career.

In one message to Clarke, Deacon had sent a picture of his former co-star’s children with a gun emoji pasted onto it.

Clarke said: ‘I supported him with that [contract] as long as he didn’t call that film Anuvahood which is what he did.

‘Since that point we haven’t spoken every now and again I would receive a barrage of abuse but essentially nothing massive happened until 2014 when I started getting massive abuse every time I opened my [Twitter] account to see people calling me a bully.

‘He released a barrage of abuse in a blog for on Instagram claiming I’d been bullying him for as long as he could remember and claiming I had stopped him getting an agent in the business.

‘None of these things were true in any way, shape or form, but things just continued from there.

‘Many of his fans believed the lies and were abusing me via Twitter.’

Deacon’s lawyer argued that he was ‘profoundly ill’ and suffering a ‘full mental breakdown’ at the time of the abuse.

He had used ‘skunk cannabis as a form of self medication,’ the lawyer said.

On Thursday night, The Guardian reported that 20 women were accusing Clarke of a range of sexual misconduct, which included sharing naked photos without their consent. 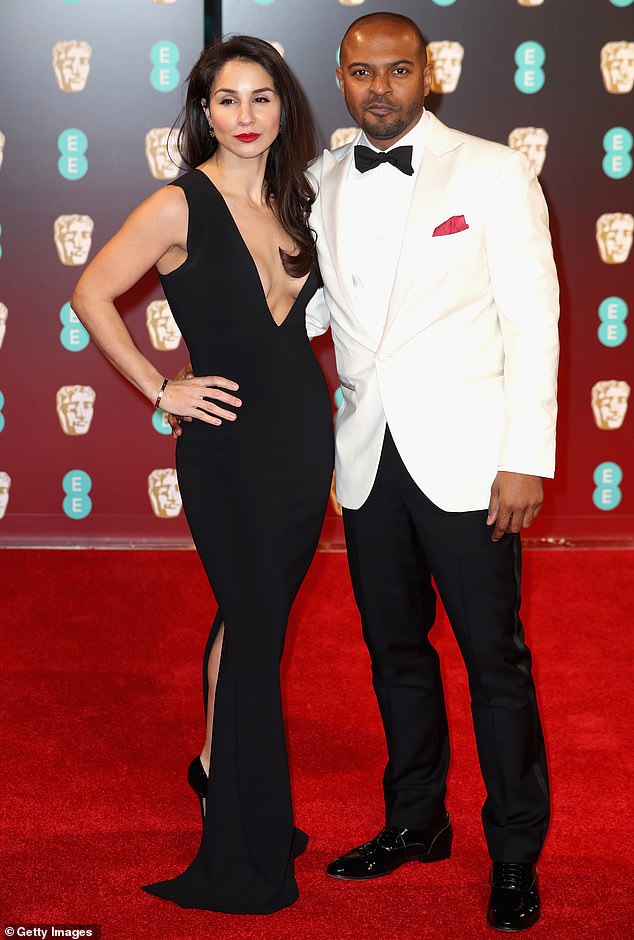 Clarke yesterday apologised ‘deeply’ for his actions and said he will be seeking professional help, but has ‘vehemently’ denied sexual misconduct or criminal behaviour.

The actor and producer, who is married to make-up artist Iris Da Silva, said it has become clear to him that ‘some of my actions have affected people in ways I did not intend or realise’, and offered an apology to those affected.

His comments came amid reports that Bafta spent two weeks deciding how best to respond to allegations against Clarke prior to presenting him with one of its highest honours, the Outstanding British Contribution to Cinema Award.

The father-of-three was suspended from Bafta following the allegations, while Sky took the decision to ‘halt’ filming of the latest series of his east London crime drama Bulletproof.