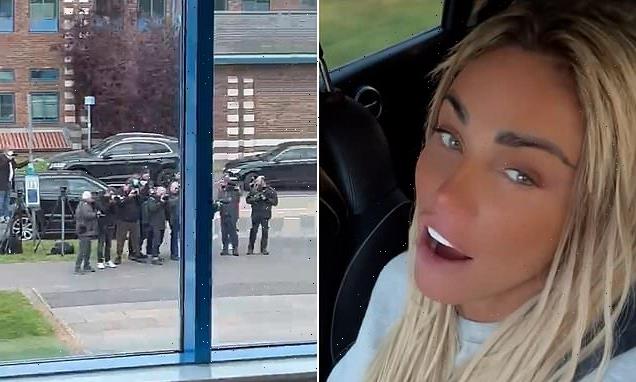 Katie Price risked being in contempt of court today by filming inside a magistrate’s court building and posting it on Instagram.

The 43-year-old former glamour model appeared at Crawley Magistrate’s Court on Wednesday where she denied breaching a restraining order against her ex-husband’s fiancée over a message in which she accused the pair of having an affair.

During her brief appearance, she filmed a five second video from inside the court building showing photographers outside, and posted it to her Instagram story for her 2.7million followers.

However, filming inside court and publishing such a video is illegal under section 41 of the Criminal Justice Act and could be regarded as contempt if it amounts to an interference with the administration of justice.

Punishment for contempt is at the judge’s discretion but could result in fines up to £1,000 or a prison sentence. 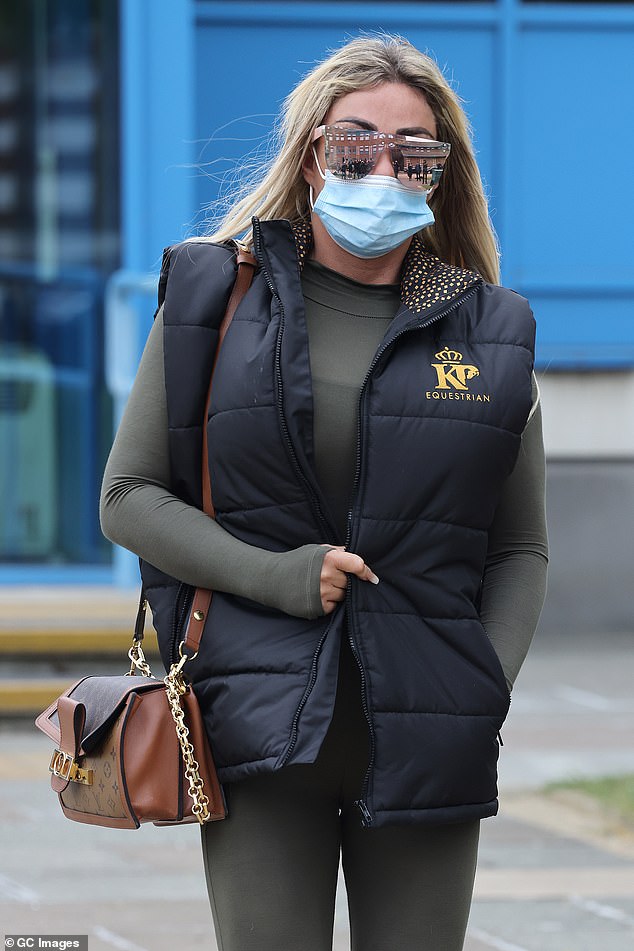 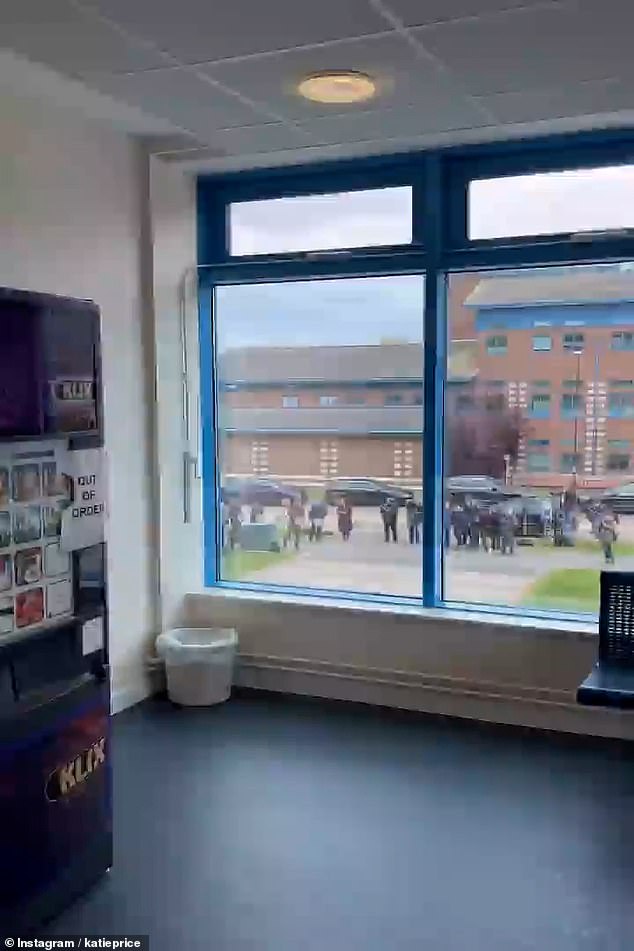 During her brief appearance at court, Price filmed a five second video from inside the court building showing dozens of photographers outside, and posted it to her Instagram story for her 2.7million followers 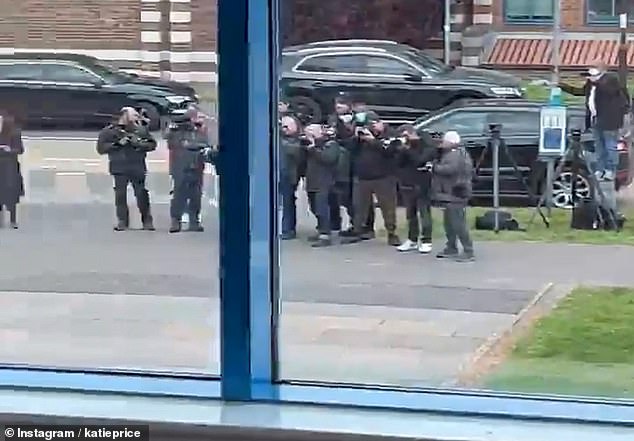 However, filming inside court and publishing such a video is illegal under section 41 of the Criminal Justice Act 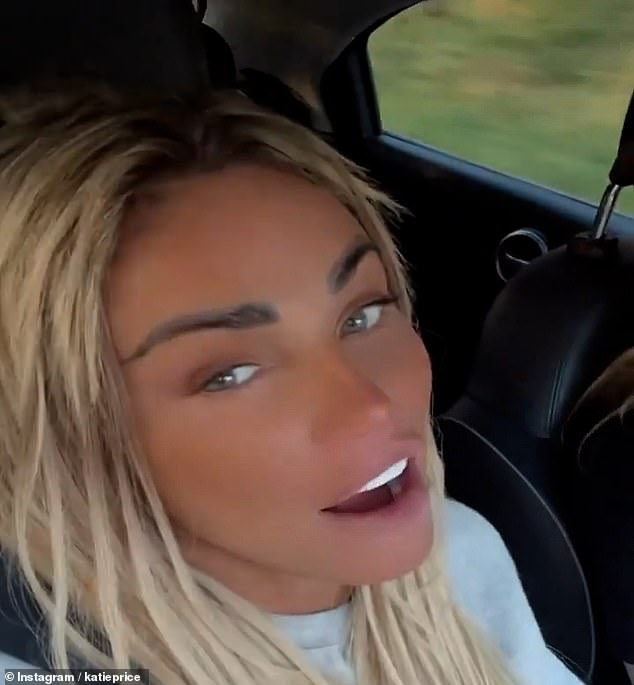 The law against filming in court buildings

Parliament banned photography in courts in 1925 and case law meant the ban was extended to include filming in courts.

Section 41 of the Criminal Justice Act 1925 makes it illegal to:

Section applies to all criminal and civil courts, as well as inquests.

Breaches of section 41 can lead to fines of up to £1,000. A court may deem photography or filming in court to be a contempt of court in common law.

The punishment for contempt is at the judge’s discretion but could include a fine or prison sentence.

In the video, Price could be heard saying ‘that is my life today’, referring to the dozens of photographers positioned outside who had taken pictures of her arriving at court.

The former glamour model is said to have sent Kieran Hayler a message on January 21 this year in which she branded his new partner, Michelle Penticost, a ‘c***ing whore’ and a ‘gutter slag’.

Price, who was known professionally as Jordan, was banned from contacting Penticost directly or indirectly on June 3 2019, under the terms of a five-year restraining order.

She was fined hundreds of pounds for hurling a foul-mouthed ‘tirade of abuse’ at her during a row in a school playground.

Price, wearing white trainers, a green tracksuit and a black gilet, appeared at Crawley Magistrates’ Court on Wednesday, accused of contacting Penticost indirectly in breach of the restraining order.

She was supported by her reality TV star fiance Carl Woods, 33, who sat in the public gallery.

The court heard that her message to Hayler may have been triggered by an Instagram post by Penticost, which she denies was aimed at Price.

Price’s message read: ‘Tell your c***ing whore, piece of shit, girlfriend not to start on me.

‘She has a restraining order so shouldn’t try antagonise me as she is in breach and I’m sure she doesn’t want people knowing that she was having an affair with you behind my back. That gutter slag.’

Price, who became a household name around the turn of the millennium, stood in the dock to confirm her name, address and date of birth, before pleading not guilty to the single charge, which can be tried in either the magistrates’ court or the Crown Court.

Joe Harrington, defending, said: ‘The issues relate to her mental health and the triggers which led to sending that message.’

Asked where she wanted the trial to be heard, Price said: ‘The Crown Court please.’

District Judge Amanda Kelly said the offence carries a maximum sentence of up to five years’ imprisonment and warned Price: ‘You are in really grave danger of going to prison.’

She said: ‘This is a very serious allegation in which it is alleged you used indirectly vile and nasty language towards Ms Penticost, someone you were prohibited from contacting directly or indirectly by a restraining order.’ 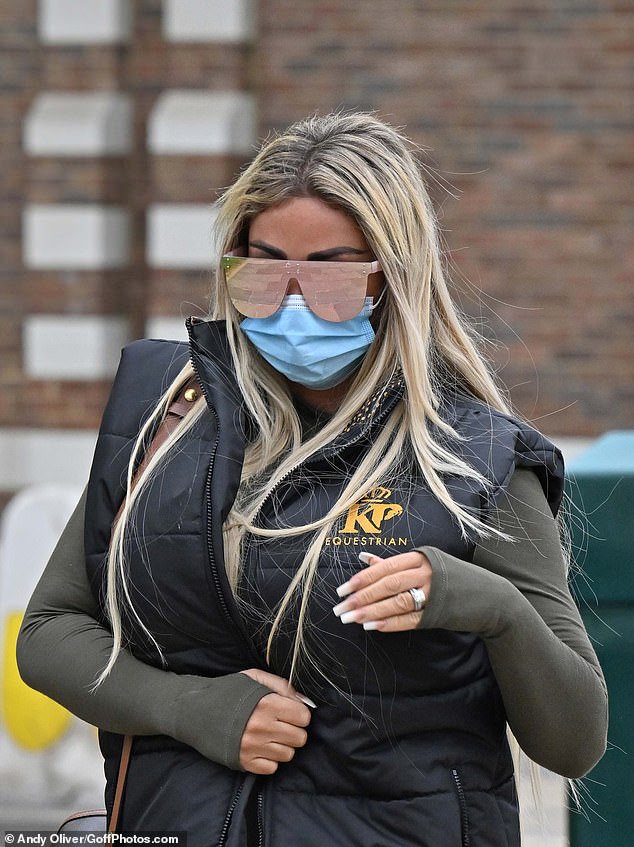 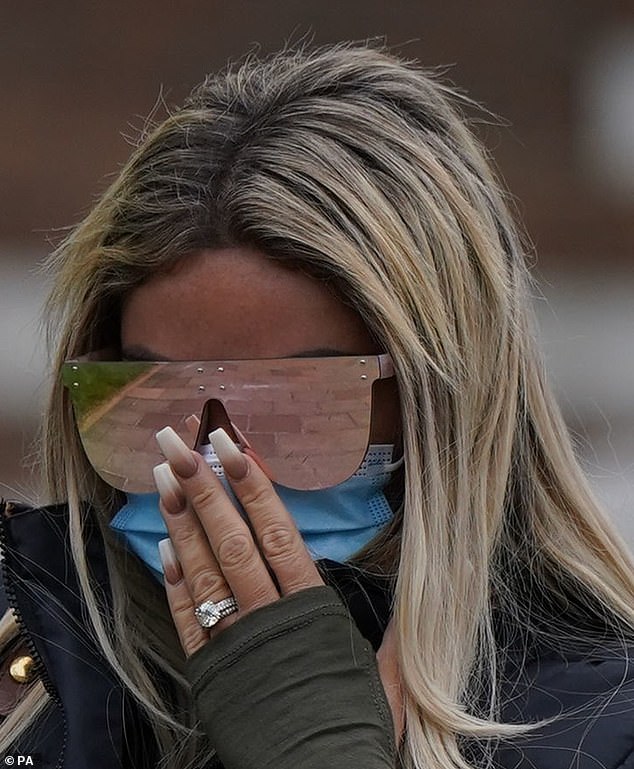 The OnlyFans model, 43, was also donning some unusual-looking reflective sunglasses 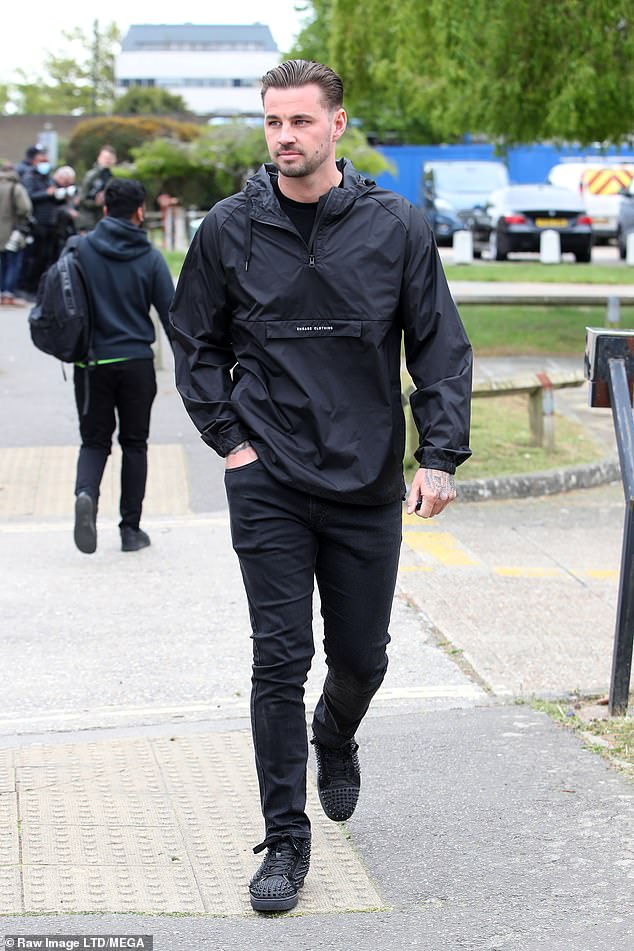 The judge granted Price bail ahead of a plea and trial preparation hearing on May 25 at Lewes Crown Court on condition she does not contact Ms Penticost either directly or indirectly, except for handing over children.

‘It seems to me, Ms Price, that all of the children caught up in your relationships past and present need their adults to behave like adults,’ the judge said.

Price avoided jail in December when she was handed a 16-week prison sentence, suspended for a year, as well as a two-year driving ban after admitting drink-driving while disqualified in December.

She also tested positive for cocaine after she rolled her BMW near her home in Horsham. 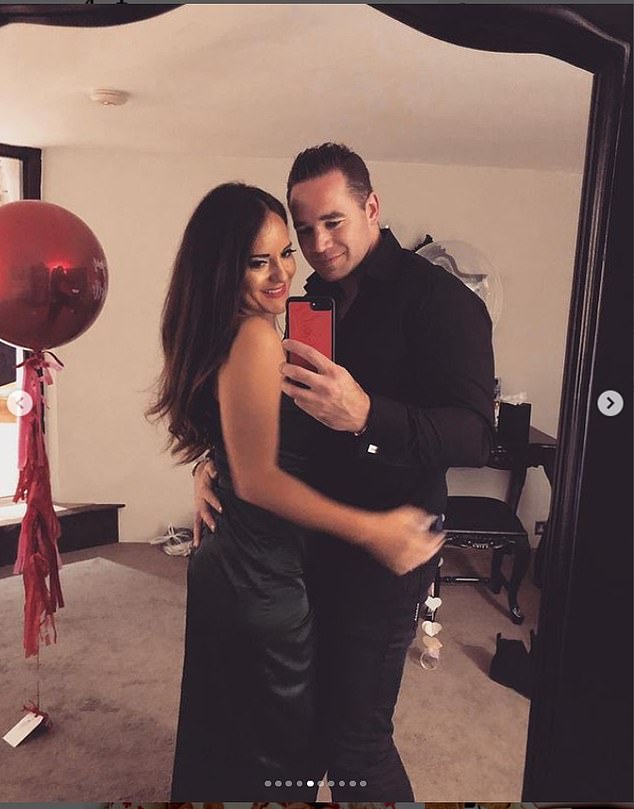 Kieran and Michelle, who Katie is banned from contacting directly or indirectly under law

Last month, fiancé Mr Woods issued a public denial on Instagram over abuse claims, saying he ‘didn’t lay a finger’ on Price and said he had ‘black and white proof’ to clear his name after he was charged with using threatening and abusive behaviour towards her in an incident at their house in Essex.

Mr Woods is Price’s first serious major relationship since her split from Mr Hayler in 2019.

They were together for seven years, marrying in 2013 in the Bahamas, but their romance was marred by Mr Hayler’s two flings with two of Price’s close pals.

She was previously married to Peter Andre, father of her two children Junior, 16, and Princess, 14, for four years, before her ill-fated marriage to husband number two Alex Reid, which lasted just 11 months.