Acquitted socialite Lady Nourse says the ‘stain’ of sex abuse allegations made against her will tarnish her whole life.

A jury last month found the 77-year-old not guilty of abusing a boy under the age of 12 in the 1980s, and she now says she ‘desperately’ wants the law for those charged with such offences to be given anonymity until convicted.

Lady Nourse’s gilded life as the wife of one of the UK’s most senior judges, Sir Martin Nourse, who wined and dined former Cabinet Ministers at their £2.75m county house came crashing down when the allegations were made against her, a court was told. 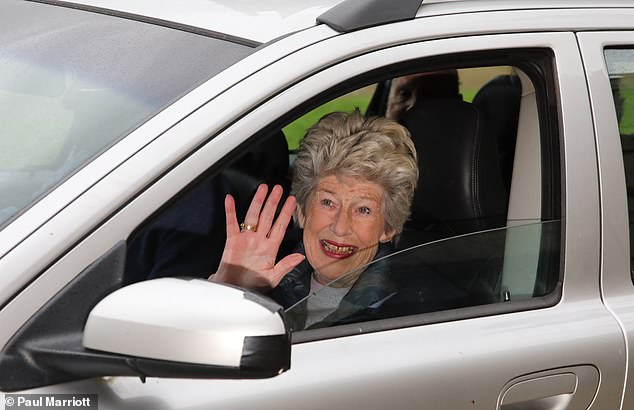 Lady Lavinia Nourse waves from her car as she leaves court in Peterborough, after being cleared of historic sex offences last month 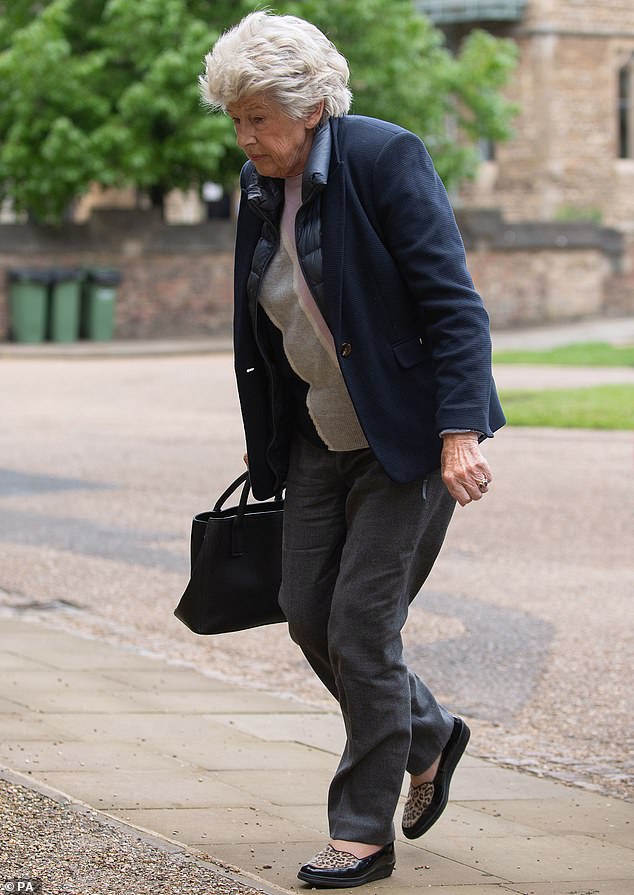 Lady Lavinia Nourse (pictured outside court last month), was found not guilty of sexually abusing a boy in the 1980s

She defiantly denied the historic offences had taken place, claiming that her accuser, who is now an adult, was ‘very psychologically disturbed’ and was trying to extort money from her, nearly three decades after they were said to have taken place.

Lady Nourse, from Newmarket in Suffolk, said that he only came forward to ‘blackmail’ her after her husband died aged 85 in 2017.

Lifting the lid on the ordeal three weeks on, the socialite revealed how she is suffering from post traumatic stress disorder, and now has to think twice about doing simple tasks like going to her local butcher or fishmonger.

‘It was just the worst nightmare anyone could find themselves in,’ she told the Telegraph.

‘That information is going to be there for the rest of my life, because of the very lasting terrible stain that it leaves on the accused.’

‘They always say there’s no smoke without fire, and some people even now will, I’m sure, be saying ‘oh well, the jury got it wrong’. I have to live with that.’

Lifelong anonymity is granted to anyone who makes an allegation that they are the victim of a sexual offence, but suspects can be named when charged, even if they ultimately end up being found not guilty.

As a result, she is joining the likes of Sir Cliff Richard and Paul Gambaccini – two other falsely accused public figures who saw their reputations tarnished regardless – in backing the FAIR pressure group, which campaigns for those accused of child sexual abuse to not be named in the press until and unless found guilty.

‘It can’t be right that the accuser has anonymity for life, and judgment has to be made by my friends on me,’ she added.

Following the conclusion of the trial last month, Lady Nourse’s barrister claimed the victim had made a ‘determined and coordinated’ attempt to ‘obtain money from her’ before going to police in the hope that he could later ‘sue her as a convicted paedophile’.

She told the police that the claims were ‘completely repulsive’ and that her accuser’s evidence was a ‘fantasy’ and ‘beyond belief’.

Giving evidence in the witness box, the defendant wept as she repeatedly denied indecently touching him.

As she left the Nightingale court, in the Knight’s Chamber at Peterborough’s cathedral after being cleared, she told reporters: ‘It’s a happy result. Finally some good news.’

Burglars who target places of worship will face tougher punishment