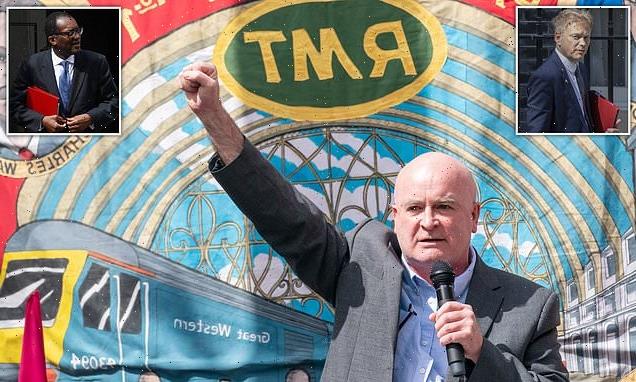 Law change to stop ‘militant’ unions bringing Britain ‘to a standstill’: Ministers hail end of ban on using agency workers to prop up services – but admit it WON’T help with rail strikes next week

Ministers today hailed the end of the ban on using temporary staff to prop up services when ‘militant’ unions go on strike.

The ‘burdensome 1970s-style’ restrictions on bringing in agency staff to ease disruption have now been formally repealed.

It follows a wave of industrial action on railways, while there have also been threats from unions demanding double-digit pay rises to match soaring inflation.

However, the government admitted that although the measures should help ‘honest hardworking people to get on with their lives’, it has not come in time to offset the impact of rail strikes due next week.

Unions have reacted with fury to the move and dismissed the impact, saying temporary workers cannot fill safety-critical roles. 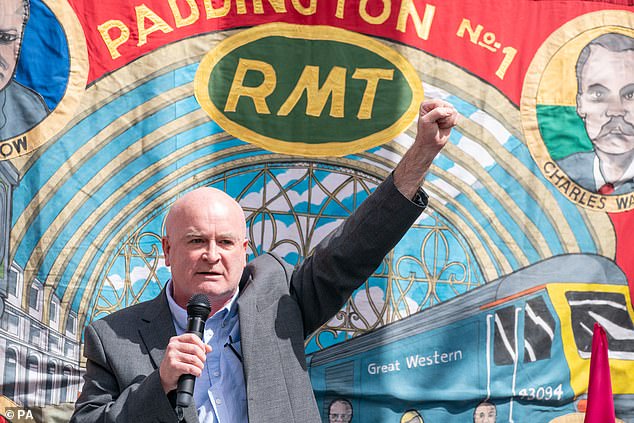 The government has changed the law following a wave of industrial action on railways (pictured, the RMT’s Mick Lynch at a rally) 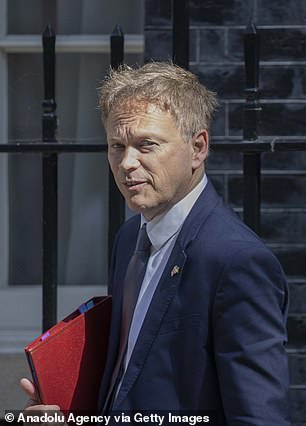 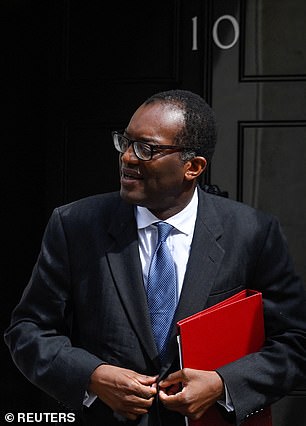 Business Secretary Kwasi Kwarteng said: ‘In light of militant trade union action threatening to bring vital public services to a standstill, we have moved at speed to repeal these burdensome, 1970s-style restrictions.

‘From today, businesses exposed to disruption caused by strike action will be able to tap into skilled, temporary workers to provide the services that allow honest, hardworking people to get on with their lives. That’s good news for our society and for our economy.’

Grant Shapps said: ‘While next week’s rail strikes will come too soon to benefit from this legislation, it’s an important milestone reflecting the government’s determination to minimise the power of union bosses.

‘For too long unions have been able to hold the country to ransom with the threat of industrial action but this vital reform means any future strikes will cause less disruption and allow hardworking people to continue with their day to day lives.’

The Government has also changed the law to raise the maximum damages that courts can award against a union when strike action has been found to be unlawful.

How old is Ruth Langsford and when did she marry Eamonn Holmes? – The Sun | The Sun
Recent Posts