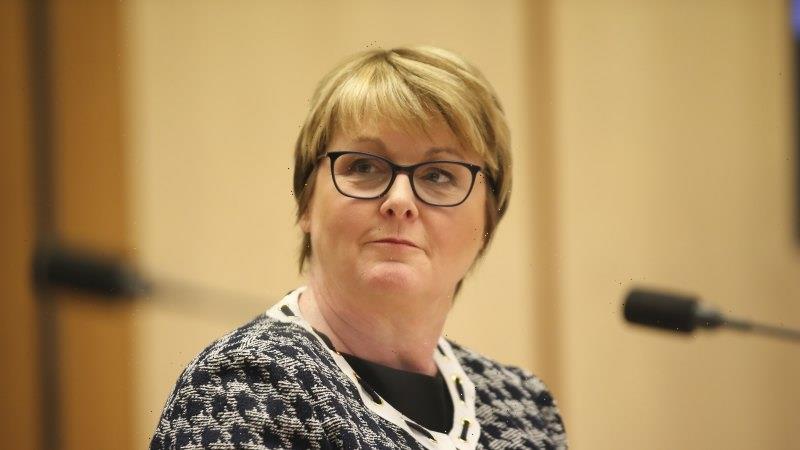 NDIS Minister Linda Reynolds has warned the National Disability Insurance Scheme faces serious sustainability issues ahead of a meeting with the states on Friday to discuss a controversial overhaul of the scheme.

Senator Reynolds said a report released by the National Disability Insurance Agency on Saturday provided greater insight into sustainability pressures. It forecast NDIS expenditure to grow to $40.7 billion in 2024-25, $8.8 billion above estimates.

“These are serious sustainability issues that we face and there is no single lever to pull to place the scheme on a sustainable long-term growth trajectory,” Senator Reynolds said. 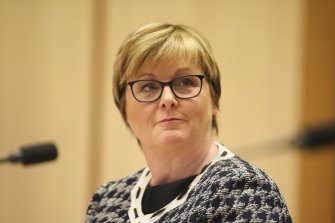 However there is some scepticism among the states about the projected figure given the agency’s 2019-2020 annual report said scheme projections for the current financial year were in line with the estimates shown in the 2017 Productivity Commission report.

“Pressures on the scheme have been identified and are being responsibly managed,” the annual report said.

Senator Reynolds is seeking support from the states including over a controversial plan to introduce independent assessments to determine eligibility and funding for the $26 billion scheme.

“The NDIS is not a Federal Scheme, but a federated scheme,” she said. “The NDIS was established with bipartisan support, and after eight years of operation the scheme must now be reformed on a bipartisan basis and with the support of all state and territory governments.

“I very much look forward to discussing the collective challenges we face with my counterparts … and also to start identifying solutions we can implement to ensure the NDIS endures for generations to come.”

The NDIS has conducted trials of independent assessments, where participants are interviewed by a government-contracted allied health professional instead of submitting reports from their own medical specialists.

The Independent Advisory Council to the NDIS this week recommended the independent assessments not proceed in their current form.

The federal government argues independent assessments will make the scheme fairer and more sustainable. However, disability groups and participants fear they won’t give a true picture of people’s needs, will be conducted by professionals with no expertise in their disability and are designed to cut costs.

“The contested view of the purpose of the reforms heightened distrust and when independent assessments were described as a process to achieve equity and support Scheme sustainability, many participants feared a loss of support or that they would be ‘exited’ from the Scheme,” the advisory council said.

It said the independent assessment model should be co-designed with the council and disability organisations and the draft legislation should be released for at least eight weeks’ consultation because “secrecy erodes trust”.

An earlier draft of proposed legislative changes, leaked to The Age and The Sydney Morning Herald in March, canvassed denying funding to Australians with acquired brain injuries and fetal alcohol spectrum disorder as well as reducing avenue of appeal for participants as part of secret plans to save costs.

Senator Reynolds later stressed that she had no intention of excluding Australians from the scheme on the basis of a diagnosis such as Acquired Brain Injury or Fetal Alcohol Spectrum Disorder.

Victorian Minister for Disability Luke Donnellan said he remained very concerned about the independent assessment proposal and would voice this at Friday’s meeting.

“This ‘robo-planning’ approach attacks the very principles on which the NDIS was built, forcing people to re-prove their disability and jump through hoops to get the support they deserve,” he said.

NSW Minister for Disability Services, Alister Henskens, said NSW was committed to preserving the integrity of the NDIS so that it was “sustainable and delivers choice and control for people with disability and enables them to access the services and supports they need”.

“The voices of people with disability, their families and carers are very important to be heard with respect to the NDIS,” he said. “They will continue to inform the NSW government’s advocacy to our Commonwealth, State and Territory counterparts as we work to improve this important social reform.”

Opposition NDIS spokesperson Bill Shorten accused the Morrison government of hiding its information. “It is selectively drip-feeding nightmare scenarios to scare people,” he said. “Minister Reynolds and the government have got experts offside, their own advisory council, the states, opposition, and most importantly they have got the participants and their families offside.”

Every Australia Counts campaign spokesperson El Gibbs called on the states to reject the federal government’s attacks on the NDIS.

“The evidence is growing that the pilot of independent assessments was so flawed that Minister Reynolds needs to stop this damaging process and start again,” she said.