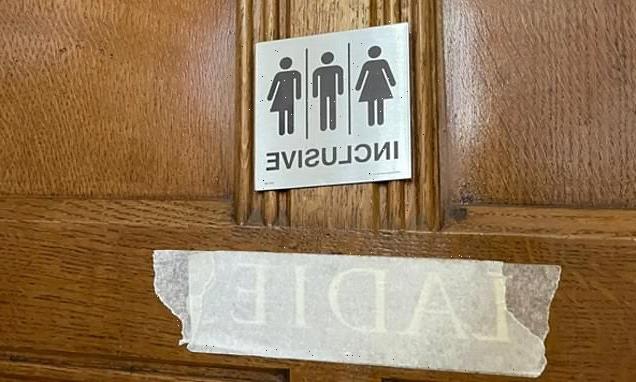 Loodunnit? Anger after Commons toilet is changed to gender neutral

Parliamentary authorities are under pressure to explain how a women’s lavatory was surreptitiously turned into an ‘inclusive’ facility open to anyone.

A sign appeared on the toilet door in the House of Commons in recent weeks, stating that men and transgender people could now use it, while the word ‘ladies’ was taped over.

The sign featured the traditional silhouettes of a man and a woman plus an third, gender-neutral figure.

It was installed by maintenance workers during the summer recess, but MPs and peers say they were not consulted. 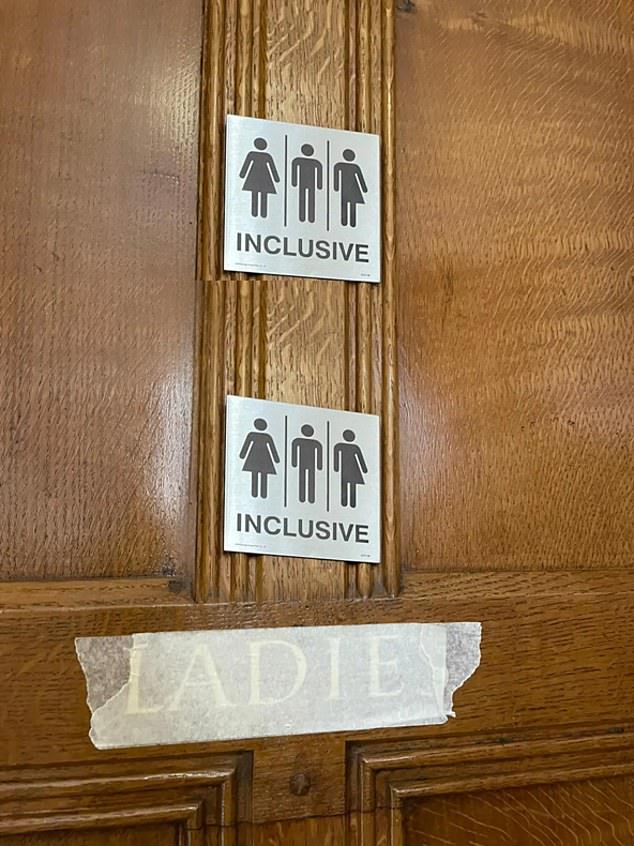 A sign appeared on the toilet door in the House of Commons in recent weeks, stating that men and transgender people could now use it, while the word ‘ladies’ was taped over

Sources said some Commons staff members on one floor of the building had asked for a change of signage, but it was not part of a wider plan.

Last night the offending sign had been taken down while enquiries were under way to work out how it had been put up in the Grade I-listed building without proper approval. A Commons spokesman said: ‘We’re currently looking into the matter.’

It is understood a cross-party group of female MPs is planning to write to the Speaker to ask if the sign was authorised, and if so why they were not asked for their views on the removal of a lavatory that had been only for women.

One senior MP said: ‘It is concerning that this seems to have been done without consultation with any women.

‘And, as usual, women are just expected to make way when the men’s facilities retain their original door sign.’

It comes despite ministers speaking out against the spread of woke ‘gender-neutral’ toilets.

In July the then-equalities minister Kemi Badenoch announced that all new public buildings would have to have separate male and female lavatories, and told how she had had to fight against civil servants who tried to oppose the move.

Then Attorney General Suella Braverman declared that schools would be breaking the law if they let boys who identify as transgender go into girls’ toilets, because they had a duty to provide single-sex facilities.