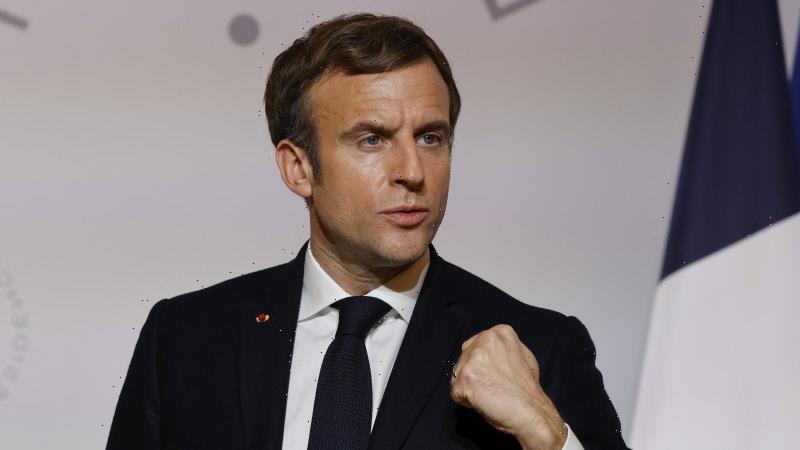 Macron, as president of EU, wants more military power for the bloc

Paris: Emmanuel Macron, as President of the EU Commission, has called for a stronger European defence strategy, declaring the time has come to turn the bloc into a standalone military power.

As France takes over the six-month rotating presidency of the Council of the European Union this month, Macron made it clear he wanted to ramp up the Continent’s strategic and defence autonomy. 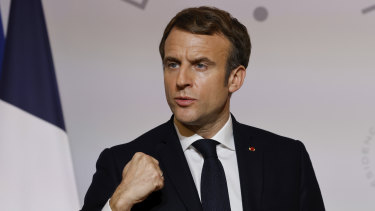 France’s President Emmanuel Macron has previously said Europe should have its own army, separate to NATO.Credit:AP

Since Britain left the EU, France has become the only remaining major military power and French companies would be in pole position to benefit from bumper defence contracts handed out by Brussels. Paris is still smarting from losing a multi-billion dollar Australian submarine contract to Britain and the US.

After a meeting with Ursula von der Leyen, president of the European Commission, Macron said the EU would finalise its so-called “Strategic Compass” in the coming months.

“It will allow us to have a common European position at NATO and to act together in a more coordinated way,” the French President said. It meant “having a stronger European defence and stronger technical, technological autonomy”, he added.

He said France would ensure the EU takes concrete steps towards a “culture of common intervention”.

Von der Leyen said: “I believe it is high time for defence in Europe to move up a gear.”

Macron has long pushed for a “true European army”, first outlining his ambitions in 2018 during a speech to mark the centenary of the World War I armistice.

On a visit to the former Western Front in Verdun that year, he said Russia had shown it could be a threat and Europe had to be able to “defend itself better alone”.

He has proposed a joint intervention force for crisis missions.

The UK, while favouring such a force, opposes a European army because of the potential risk of creating a parallel structure to NATO, which Macron controversially dubbed “brain dead” in 2019.

He has warned that Europeans can no longer rely on the United States to defend them, particularly since the expiry of its 1987 nuclear treaty with Russia banning medium-range ground-launched missiles.

Macron touched on this issue as a reason why the EU must forge ahead with autonomy.

The Strategic Compass mentioned by von der Leyen is the closest thing the EU has to a military doctrine and is akin to NATO’s “Strategic Concept” that sets out alliance goals.

A draft document leaked in November put forward controversial plans to allow the bloc to deploy a joint military force without the unanimous support of all its member states.

The EU Rapid Deployment Capacity would be able to “swiftly deploy a modular force of up to 5000 troops, including land, air and maritime components”, according to the plans.

Von der Leyen has been a staunch supporter of more military autonomy for the EU, calling in her State of the Union speech in September for the 27 member states to “step up to the next level” and send soldiers to the world’s conflict zones independently of NATO.

“There will be missions where NATO or the United Nations will not be present but where Europe should be,” she said. “Europe can and clearly should be able and willing to do more on its own.”

With the coronavirus pandemic flaring in Europe and diplomatic tensions at the external borders of the EU, von der Leyen said she was pleased “that a country with the political weight and experience of France assumes the presidency of the council at such a delicate moment”.

“Because the voice of France speaks loud and clear, and France has Europe at heart,” she said.

Among other main themes France wants to promote are the introduction of an EU minimum wage, a carbon tax on imported products and the reform of the bloc’s fiscal rules.

France also wants to accelerate discussions between member states to find a consensus on the stalled overhaul of the EU’s asylum system.

Veil was a Holocaust survivor who repeatedly broke barriers for women in politics. She spearheaded the fight to legalise abortion in France and was the first female president of the European Parliament. Monnet was a founding father of the EU.

5 Plus Size Activewear Brands That Are Truly Size-Inclusive