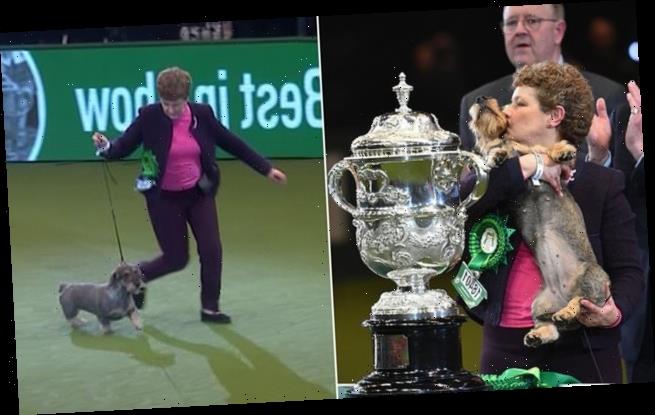 The winner of Crufts 2020 has been crowned as Maisie the Wire Haired Dachshund after she scooped this year’s Best in Show award.

As Maise took her victory lap with owner Kim McCalmont, the dog went to the toilet on the green turf.

Ms McCalmont then took out a blue plastic bag and picked up the small pile left by the champion canine.

The Best in Show contest was whittled down to seven dogs across seven breed classes with Maise, known as Ch Silvae Trademark, crowned the winner as well as claiming the top Hound category.

Ms McCalmont shook hands with the judges as she and the two-and-a-half-year-old dog went up to collect their trophy. 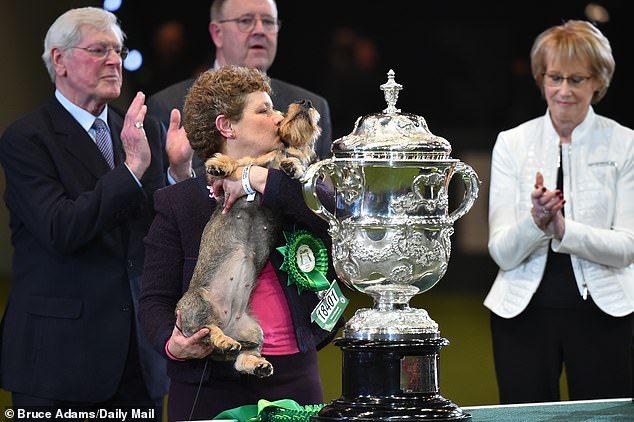 Maise the winner of Best in Show at the 2020 Crufts dog show, and her owner Kim McCalmont 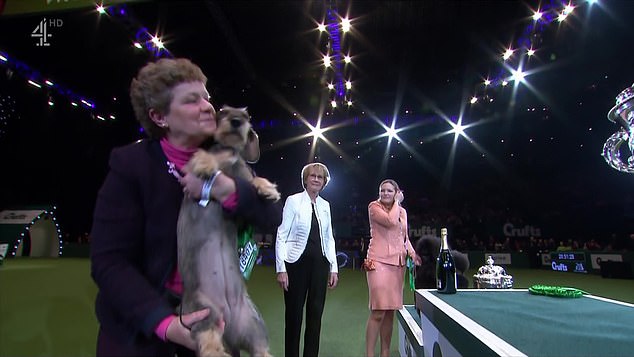 Maise beat around 26,000 other dogs to be crowned queen of Crufts 2020. Pictured Kim McCalmont congratulatting her dog after triumphing today

She kissed Maise as the pair were presented with the Best in Show silver cup.

Television presenter and actor Peter Purves, described the dachshund as ‘gorgeous’ as he presented Maisie and her owner, Ms McCalmont from Gloucestershire, with the award.

The World’s Greatest Dog Show saw around 26,000 dogs take part in the four-day event, including just over 3,000 overseas. 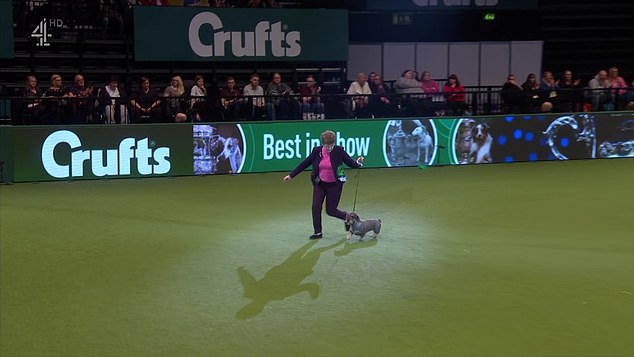 Maise, known as Ch Silvae Trademark, was also crowned the winner of the Hound breed class 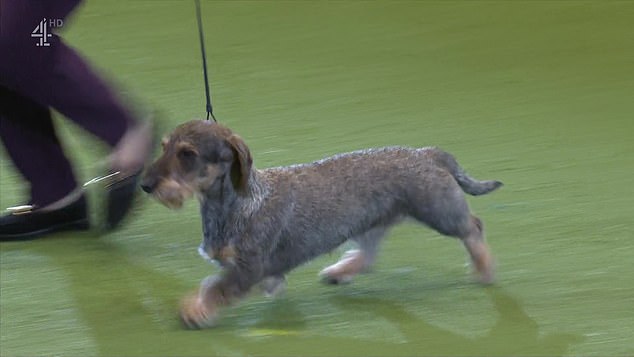 Best in Show 2020 winner Maise. Clare Balding presented the coverage of the world’s largest dog show live from the NEC in Birmingham

The event could see its lowest ever turnout amid fears over coronavirus, though the Kennel Club introduced extra measures to control the spread of infection.

Earlier today saw judging for the terrier and hound breeds, plus a number of other activities including agility and flyball.

Judging of the various groups produced seven finalists to take part in Best In Show – the grand finale of the event.

Clare Balding presented the coverage of the world’s largest dog show from the NEC in Birmingham.

After the result, the presenter praised Maise, tweeting: ‘I admire #Maisie so much to have been able to move well enough to win Best in Show at #Crufts with such a big load inside her little tummy. What a star!’