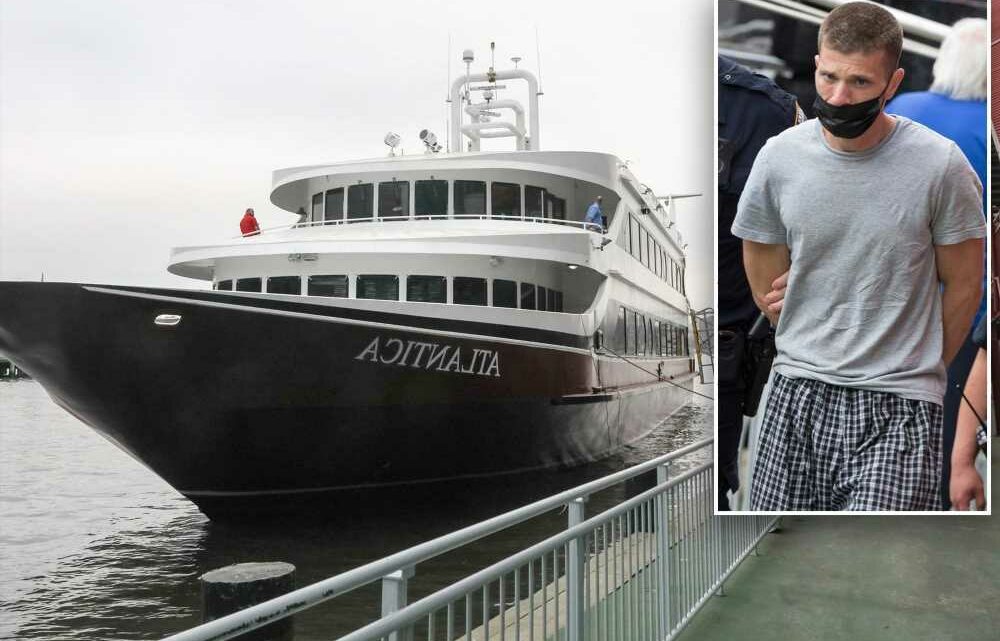 Seas the day: This $5.5M floating mansion is not your average houseboat

A party boat pirate hopped aboard a private, 145-foot yacht at the Chelsea Piers and in an apparent attempt to set sail, police and a witness said Wednesday.

The unnamed scallywag allegedly shoved a worker out of the way and tried to free The Atlantica — a 3-deck luxury boat with a dance floor and cocktail lounge — before locking himself in a room at around 7:30 a.m., cops and the worker said.

“He pushed me aside,” said Winston Duggin, a mate on the vessel. “He jumped the rail and ran up the gangway.”

When he tried to stop him, the wannabe sailor allegedly growled, “I’ll drop you right here,” Duggin said. “He was so calm it was scary.”

Duggin grew frantic as the 145-foot boat began to float away from the dock, he said, though there was still one line keeping it from heading out to the Hudson River.

“He unspliced the line for the anchor. The boat was drifting,” Duggin said. “I said, ‘You can’t do that!’”

But the suspect quickly found himself in deep water when cops arrived and hauled him away in handcuffs, wearing pajama-style pants and a rumpled T-shirt, photos show.

The man was allegedly “emotionally disturbed” and believed he was hitching a ride on the boat to Bellevue Hospital, which treats mentally ill patients — and is ultimately where police took him, according to cops.

He had not been charged with a crime as of Wednesday afternoon.