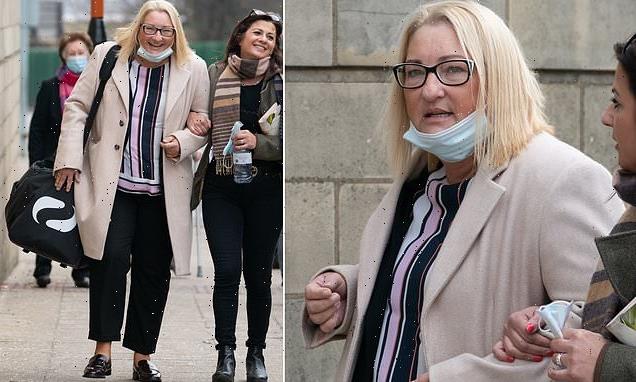 Married prison boss, who had 'intimate liaison' with inmate, jailed

Married female prison governor, 47, who enjoyed ‘intimate liaison’ with inmate she called ‘babe; is jailed for eight months after he was caught with mobile phone in his cell containing picture of her

A prison governor who had ‘intimate liaison’ with an inmate and sent him messages calling him ‘babe’ has been jailed for eight months.

Married Victoria Laithwaite, 47, was caught sending prisoner James Chalmers, 30, messages which suggested a relationship between the pair while he was banged up.

She was working as head of safer custody and equalities when the texts were discovered on a mobile phone found inside the prisoner’s cell at HMP Onley.

A court heard in one exchange she said ‘I thought you’d ditched me’ while in another she wrote: ‘I was thinking all sorts babe’.

A photograph of Laithwaite was also found saved on the phone discovered inside Chalmers’ cell.

The sentencing judge told Laithwaite that her offence was aggravated by her ‘serious breach of trust’  in her role as a prison governor – which included responsibility for ensuring the support of the most vulnerable inmates.

Her defence lawyer said she was aware she has ‘destroyed her life’ and put her family ‘through hell’ because of her ‘foolishness’. 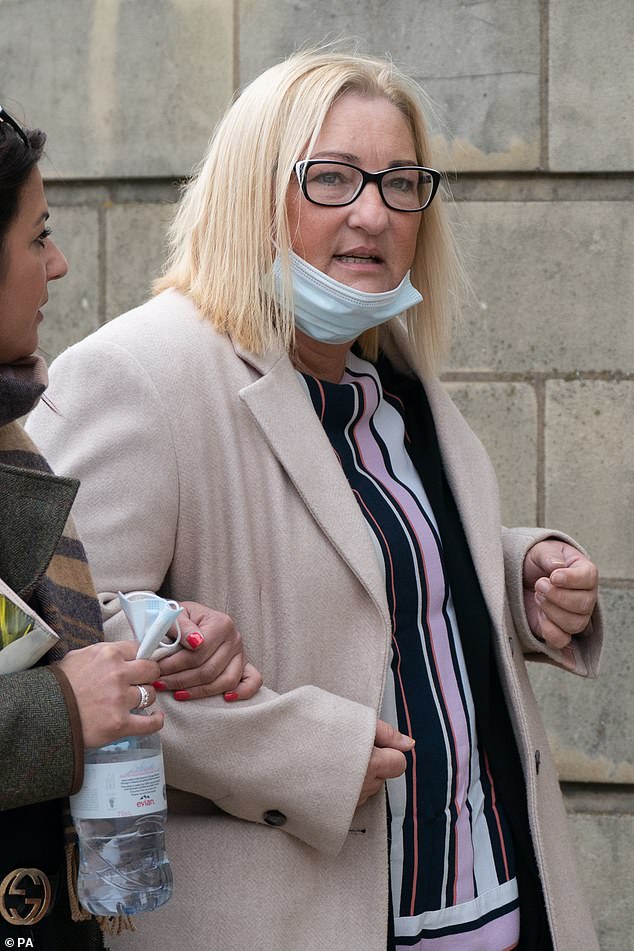 Victoria Laithwaite (pictured), 47,  who was working as head of safer custody and equalities at HMP Onley when she sent messages to and had an ‘intimate liaison’ with an inmate, has been jailed for eight months 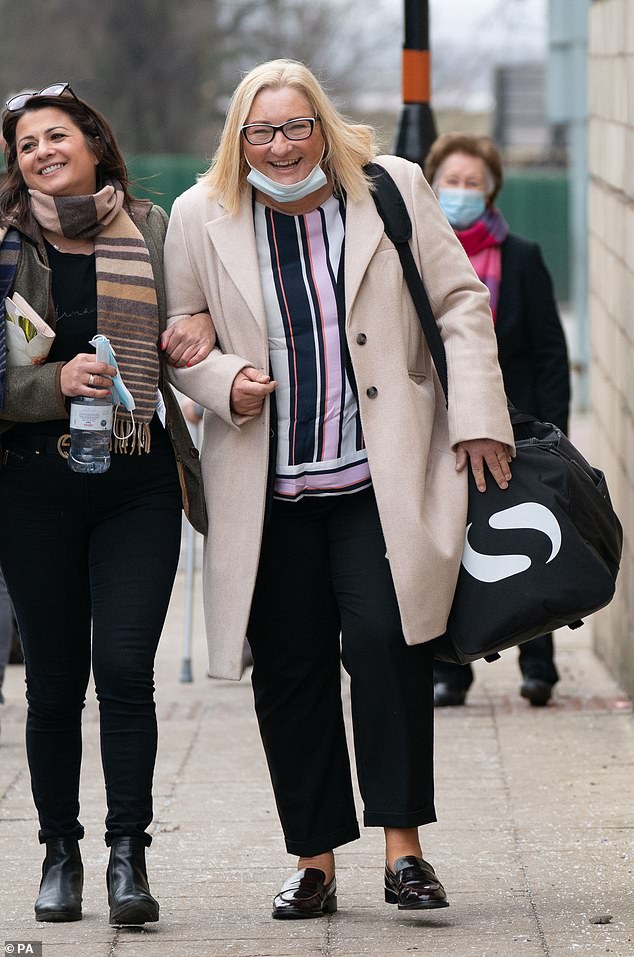 Laithwaite, whose husband also works at the category C jail in Northamptonshire, was arrested following the discovery of the phone on April 7 last year.

She went on to plead guilty to an offence under Section 44 of the Serious Crime Act 2007 of engaging in communications with an illicit mobile.

Today Laithwaite, of Coventry, was jailed for eight months at Northampton Crown Court while Chalmers was caged for 24 months.

Sentencing, Her Honour Judge Adrienne Lucking said: ‘You had been employed at HMP Onley with particular responsibility for vulnerable prisoners.

‘You’ve been in HMP service for over 20 years and had in 2017 passed your exams to attain your grade of governor.

‘The training and requirements for the standard of conduct for governors would have been very clear in your mind.

‘Your offence is aggravated by your serious breach of trust, such conduct undermines the safety and good order of Her Majesty’s prisons.

‘Your culpability was high. Because of the position you are in the only punishment in this case is imprisonment.

‘James Chalmers, at the time of these offences you were serving a sentence of two years nine months imprisonment.

‘On the 7th April 2021, two mobile phones, one memory stick and four sim cards were recovered from James Chalmers’ phone.

‘One phone had sent and received messages to Victoria Laithwaite’s phone. On the 4th and 5th of April an image of Mrs Laithwaite was sent and saved.

‘It was a highly inappropriate relationship that was clear from the messages recovered.’

Prosecutor Sinjin Bulbring earlier told the court the pair were caught after intelligence was received they had been messaging each other at the prison. 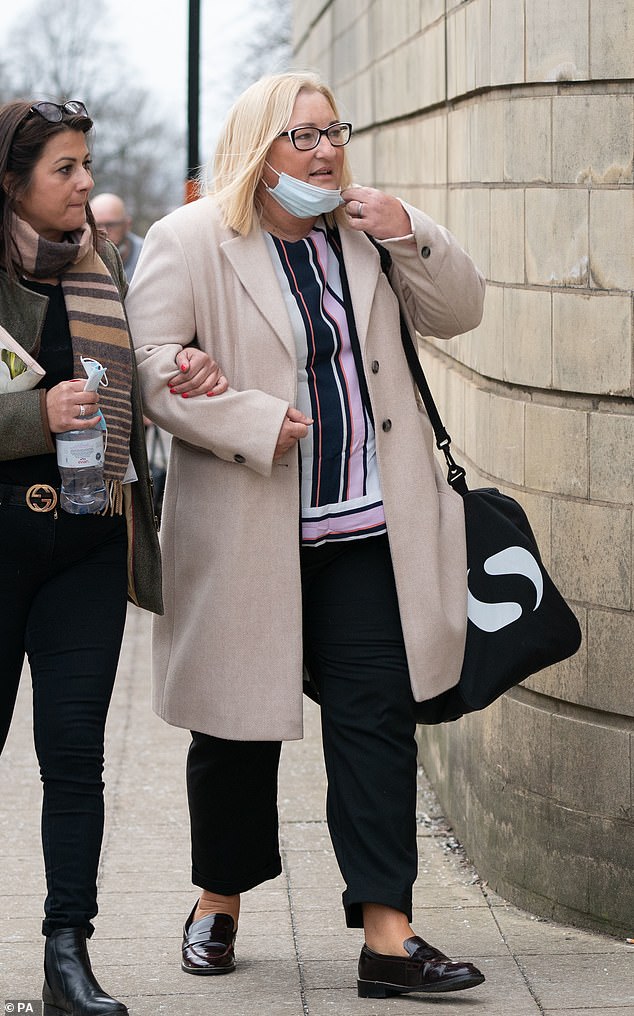 Laithwaite accepted there was intimacy between herself and the inmate, but denied a physical relationship

He added: ‘The nature of the messages is suggestive of a relationship between the two.

‘For example, in response to a message from Chalmers, Laithwaite wrote: ‘Yeah but I was worried when I didn’t hear from you. Thought you’d ditched me. If that’s the case, please just say it, I’d rather know.’

‘With a response she then wrote: ‘I haven’t heard from you in two days, I was thinking all sorts babe.’ with a kiss at the end.

‘Later on the same day, she wrote: ‘Your mum has been worried, too, can you message her. Can you message me on the other phone, I need to talk to you x.’

‘There was also a saved image which was an image of Laithwaite. In interview she answered no comment to all questions in regards to a relationship with Chalmers.

‘In interview, Chalmers denied the items found in his room were his. He admitted that he had used the phones to call his family and denied ever contacting Laithwaite.’

‘She is under no illusions of the severity of the offence. Committing this offence, she has single-handily destroyed her life, the life of her husband and her children.

‘There is no question about it, she has put her family through hell.

‘Both Mrs Laithwaite and her family have been put through utter turmoil because of her foolishness. 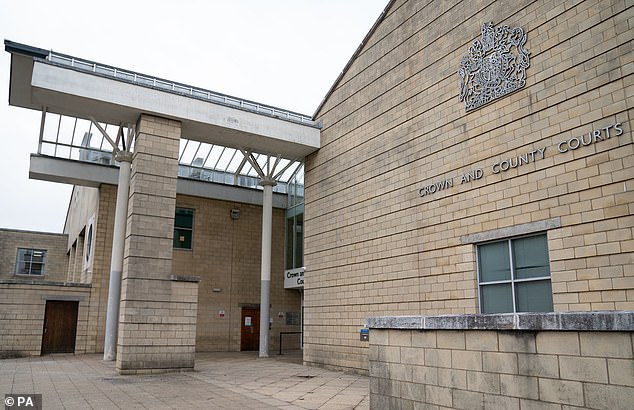 The 47-year-old is the former governor of MP Onley in Northamptonshire (pictured), a category C prison

‘She was relied upon very heavily by a number of very complex prisoners, including Mr Chalmers. She developed a rapport with Mr Chalmers, initially to help him.

‘There were messages sent between the two parties but ultimately only two phone calls.

‘Those two phone calls were attempted phone calls without duration. The messages were only over a finite amount of time.

‘Mrs Laithwaite has said that there is no excuse.

‘This was a mere blip in an otherwise unblemished career. There was not a physical relationship.

‘There had been a breakdown in their marriage, to a point where they thought they could not return from.

‘It is also worth noting that Mr Laithwaite has worked at HMP Onley.

‘He has had to go into work every day knowing that people are talking about this.

‘This is a lady that has lived her life faultlessly where she has sought to help others but she has fallen down the wrong path.’

The court heard Chalmers has 19 court appearances for 44 offences including a variety of thefts, possession of drugs, driving offences and criminal damage.

He pleaded guilty to transmitting and receiving images through electronic communications inside HMP Onley.

Sarah Allen, defending, Chalmers, said: ‘It is accepted that there was a degree of intimacy between them. This liaison started.

‘He had served half of the sentence when the incident happened. He was released and then arrested.

‘It’s a matter of deep personal regret to him, a matter that he now wishes had never happened.

‘This was a very short-lived matter that has come to an end.’

Detective Inspector Dan Evans, of East Midlands Special Operations Unit, said Laithwaite had abused the position of trust and responsibility with the prison.

He said: ‘Laithwaite was a senior figure within the Prison Service, a public servant expected to behave to the highest standards.

‘But this was serious misconduct on her part and only serves to erode confidence in the service as well as potentially undermine the complete security and good order needed to run a prison.

‘Prisons are for rehabilitation, yet she willingly encouraged a prisoner to commit an offence, something which flies in the face of that.

‘Illicit communications have the potential to seriously undermine order in a prison.

‘This was a complex investigation, but working in partnership with colleagues in the Prison Service, I’m pleased we have rooted out a corrupt senior prison officer.’