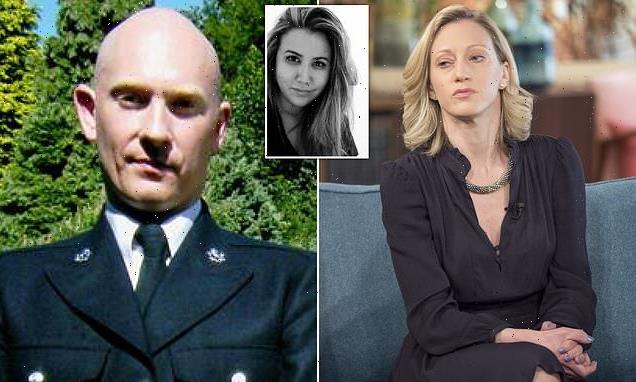 Met Police should NOT offer support to rape victims and are failing women, commissioner warns after string of sex crimes by serving officers

The Met Police should be stripped of their responsibility for caring for rape survivors because they are failing women, London’s victims’ commissioner declared today.

Claire Waxman has accused Scotland Yard of ‘terrible responses from the police to rape survivors’ and says after years of letting them down an independent body should be set up instead.

Ms Waxman says that would allow detectives to concentrate on solving rapes and getting rapists behind bars. One alleged rape victim said last December that reporting it to the Met was the ‘biggest mistake’ they had ever made, as they claimed they were ‘belittled’ and their experiences ‘minimised.’

Rape victims in London have repeatedly said they were ‘not believed’ and were ‘belittled’ by police. A recent study showed the number of people withdrawing rape reports within a month of making them has risen sharply amid already low conviction rates – as a number of officers face sex abuse cases including one charged with 44 counts of rape.

‘I can’t have victims being treated like this any longer,’ Ms Waxman told the BBC.

‘It’s frustrating for me; five years working with the Met as a critical friend to try and move them forward and they just haven’t moved forward, in fact they’ve gone backwards. I was here to improve victims’ experience and if I can’t do that with the Met, then I’ll have to find another way’.

In February 2020 Juliana Terlizzi was raped by her then boyfriend, Hubert Greliak. Waiving her right to anonymity, she said of the police: ‘I felt completely unsupported. At this point, I felt like I was treated as a suspect and not a victim’. 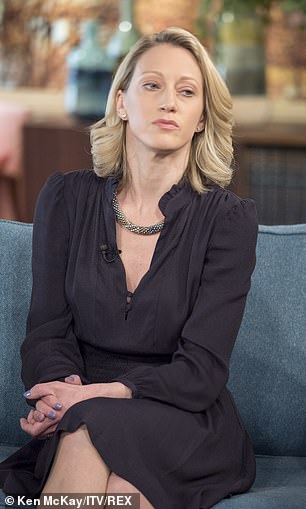 London’s victims’ commissioner Claire Waxman has accused Scotland Yard of ‘terrible responses from the police to rape survivors’. Juliana Terlizzi said that when she was raped she was made to feel like a criminal 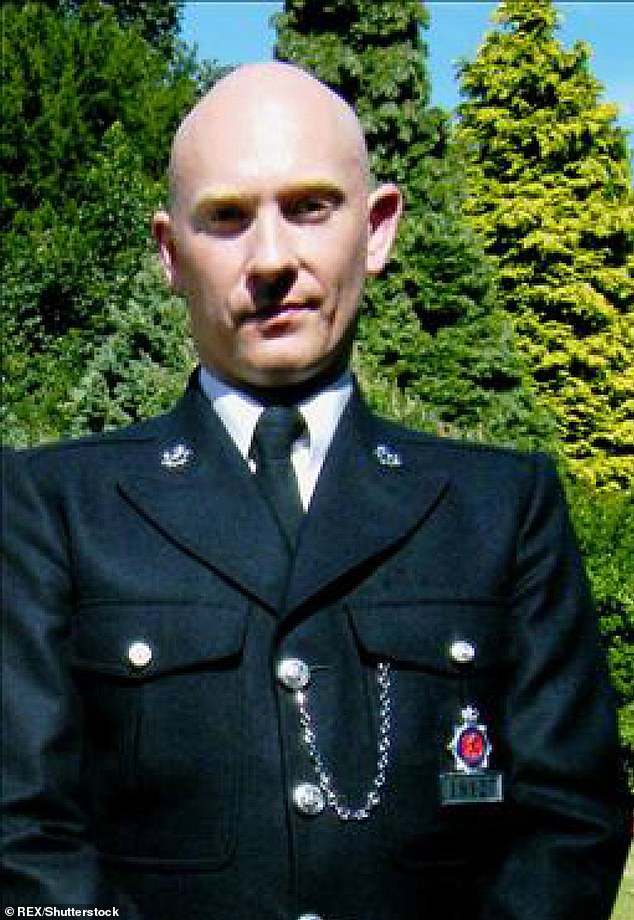 Police officer Wayne Couzens was given a whole life sentence for the rape and murder of Sarah Everard. The case badly damaged confidence in the police

Dame Cressida Dick was dramatically ousted as commissioner in February by London Mayor Sadiq Khan following a succession of scandals. They included the rape and murder of Sarah Everard by serving officer Wayne Couzens; the exposure of a cadre of officers at Charing Cross police station who swapped jokes about raping women and killing black children; and the jailing of two officers who photographed dead bodies at a cordon.

Last Friday Sir Mark Rowley was named the next Commissioner of the Metropolitan Police by Priti Patel and Sadiq Khan who have backed him to turn around the failing force.

The Met was put into special measures last month after a devastating inspection revealed a catalogue of new failures including officers failing to record tens of thousands of crimes, ignoring almost all victims of anti-social behaviour, letting down vulnerable victims and neglected a huge backlog of online child abuse referrals.

He replaces Cressida Dick, who was forced to quit in February following a torrid year of scandals which saw the murder of Sarah Everard by one of her officers, the force being branded ‘institutionally corrupt’ by an independent inquiry and two officers jailed for photographing bodies of murder victims.

Sir Mark said: ‘Our mission is to lead the renewal of policing by consent which has been so heavily dented in recent years as trust and confidence have fallen.

‘We will deliver more trust, less crime and high standards for London and beyond and we will work with London’s diverse communities as we together renew the uniquely British invention of ‘policing by consent’.’ 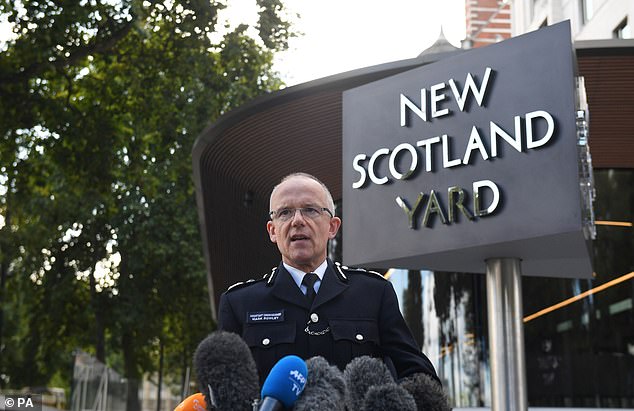 Mark Rowley, pictured in 2017 when he was Metropolitan Police Assistant Commissioner in charge of counter-terrorism, will replace Cressida Dick

At a glance: The Met’s string of calamities

XR protests: In 2019, the force was widely condemned for its ‘light-touch’ policing of Extinction Rebellion protests, which blocked several key areas of London;

Daniel Morgan: The force was described as ‘institutionally corrupt’ following an inquiry into the botched investigation into the private investigator’s murder;

Stephen Port: An inquest jury ruled in December that failures by Met detectives contributed to the deaths of a serial killer’s three final victims;

Bianca Williams: In April it emerged that five Met officers are to face a gross misconduct hearing over their stop and search of the Team GB athlete;

Strip searches: Last month the IOPC confirmed it was investigating a series of cases which involved teenage girls who were on their period being strip-searched by Met officers.

Sir Mark said he was ‘deeply honoured’ to take up the role.

He said: ‘Our mission is to lead the renewal of policing by consent which has been so heavily dented in recent years as trust and confidence have fallen.

‘I am grateful that the Home Secretary and Mayor are both determined to support the urgent reforms we need to deliver successful community crimefighting in today’s fast moving world. These reforms include our use of technology and data, our culture and our policing approach. We will fight crime with communities – not unilaterally dispense tactics.

‘I also know that the majority of officers and staff retain an extraordinary sense of vocation and determination and want us to do better. It is my job to help them do that, whilst also being ruthless in removing those who are corrupting our integrity’.

His appointment has been agreed by Tory Home Secretary Priti Patel and Labour’s London Mayor Sadiq Khan after they clashed over Ms Dick’s departure when Mayor Khan pulled the plug and forced her to resign.

Ms Patel said: ‘Sir Mark Rowley is a distinguished and exceptionally experienced police officer, having served the people of the West Midlands and Surrey before guiding the capital through some of its most challenging moments in the wake of the 2017 terror attacks, as the Met’s then head of counter-terrorism.

‘He now takes on one of the most important and demanding jobs in policing, leading the country’s largest force at a time when public trust in the Metropolitan Police has been severely undermined by a number of significant failings. Rebuilding public trust and delivering on crime reduction must be his priority’.

Mayor Khan said: ‘A series of appalling scandals have not only exposed deep cultural problems within the Met, but have contributed to a crisis of confidence in London’s police service.

Sir Mark has made clear to me that he is determined to be a reforming Commissioner, committed to implementing a robust plan to rebuild trust and confidence in the police and to drive through the urgent reforms and step change in culture and performance Londoners deserve.

‘As Mayor, I will support and hold him to these promises as I continue to hold the Met to account’.

The news comes less than two weeks after the force was put into special measures by the police watchdog.

A letter from HMICFRS cited numerous fiascos at Britain’s largest force, including the murder of Sarah Everard by serving officer Wayne Couzens, the ‘racially profiled’ stop and search of the Team GB sprinter Bianca Williams, and the strip-search of a 15-year-old black schoolgirl known as Child Q.

It follows further scandals, including the failure to properly investigate serial killer Stephen Port and the revelation of racist WhatsApp messages exchanged by officers at Charing Cross Police Station.

Other calamities included the jailing of two officers for taking photos of the corpses of murdered sisters Nicole Smallman and Bibaa Henry, and Operation Midland – the disastrous probe into fake claims of VIP paedophilia.

The force was also heavily criticised for failing to stop Extinction Rebellion protests from shutting down London, with videos of officers dancing with protesters sparking claims the force was not taking the issue seriously. 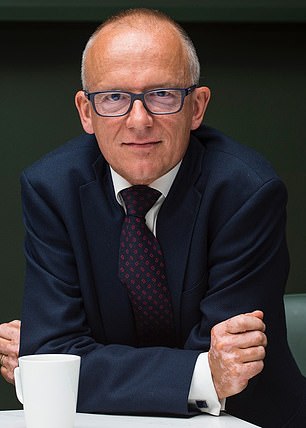 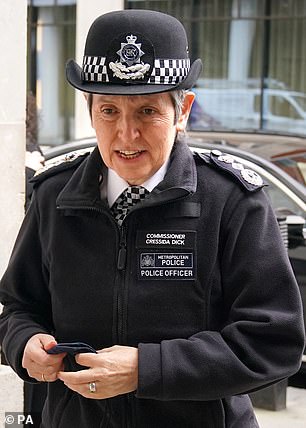 Sir Mark replaces he Met’s scandal ravaged former commissioner, Cressida Dick, who stepped down in February after Sadiq Khan said he no longer had confidence in her 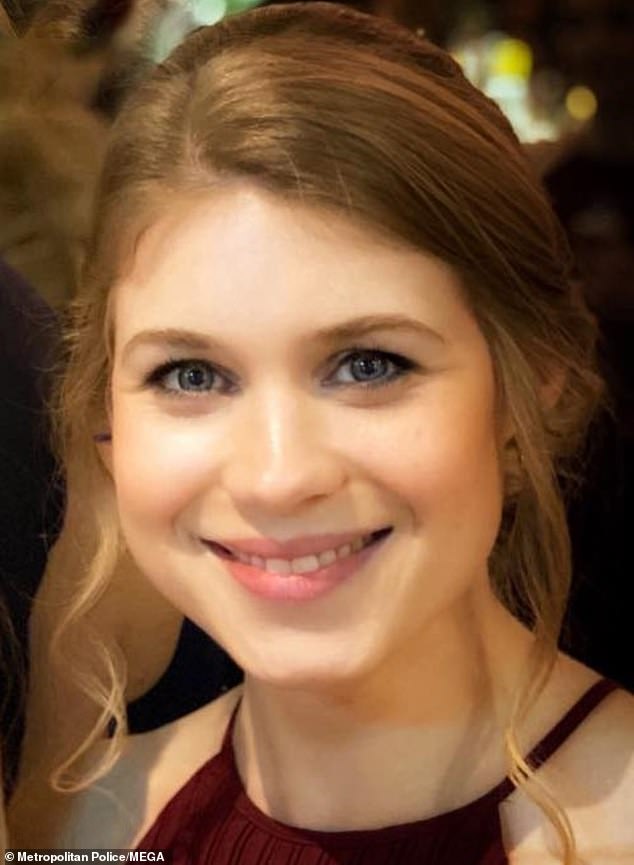 Sarah Everard was murdered by Metropolitan Police officer Wayne Couzens, in a crime that appalled Britain.

What does ‘going into special measures’ mean?

The HMICFRS has two stages of its monitoring process for police forces – the ‘scanning’ phase and the ‘engage’ phase.

The scanning phase ‘uses data and information from a range of sources to highlight poor or deteriorating performance and identify potential areas of concern’.

At this point, forces develop an ‘improvement plan’ to address concerns and must meet with inspectors regularly to ensure improvements are being made. It may also be given specific targets.

The Met has been escalated straight to ‘engage’, suggesting HMICFRS is particularly concerned about its performance.

A spokeswoman for the HMICFRS said: ‘We can confirm that we are now monitoring the Metropolitan Police Service through our Engage process, which provides additional scrutiny and support to help it make improvements.’

The chairman of the Metropolitan Police Federation hailed the arrival of Sir Mark Rowley as the force’s new Commissioner.

Ken Marsh, who heads the union of the rank-and-file Met officers, said: ‘I welcome Sir Mark Rowley as the new commissioner, I think he’s the right man for the job.

‘I, and my colleagues, are pleased that the position has been filled because the void was harming us during a very difficult period, especially with the force being put into special measures.

‘What we would ask for now is for the Mayor and the politicians to back off and stop the incessant attacks and let Sir Mark get on with the job in hand to deliver results for the people of London.’

Sir Mark is a familiar figure after leading the Met’s counter-terrorism operations for four years. Although he resigned from the police in 2018, Sir Mark is still only 58 and has been tempted back by the biggest job in British policing.

He served as chief constable of Surrey for three years to 2011 before he joined the Met as an assistant commissioner for seven years having starting on the beat in Birmingham in 1987.

When at Surrey he was the lead officer in the hunt for Milly Dowler.

He later admitted that his detectives were aware at the time of Milly’s disappearance that her mobile phone was hacked by someone working at the News of the World.

Sir Mark said a call made from the paper to the operation room leading the investigation in 2002 made it clear her voicemail had been accessed.

But officers merely ‘focused on retrieving any evidence the NotW had that could assist in the investigation into Milly Dowler’s disappearance’ as that was the priority, he said.

His career in policing spans over 30 years, during which time he has transformed national security and policing.

As Chief Constable, he lifted the public confidence levels in Surrey to the highest in the country.

After joining the Metropolitan Police Service, Sir Mark transformed the approach to UK counter-terrorism and policing gangs, increasing community engagement and workforce diversity, leading the police response to the London terror attacks of 2017 and reducing shootings and murders in London to an all-time low.

He also led reform in policing of public order, organised crime and fraud, launching the 200 strong Op Falcon team to combat the growth of online fraud and cybercrime.

Since leaving policing in 2018 he has worked in specialist security projects and on technology/data led transformation with ‘start-ups’ and the world’s largest professional services company. He has focused on: countering extremism and racism, online safety, institutional integrity and illicit finance.