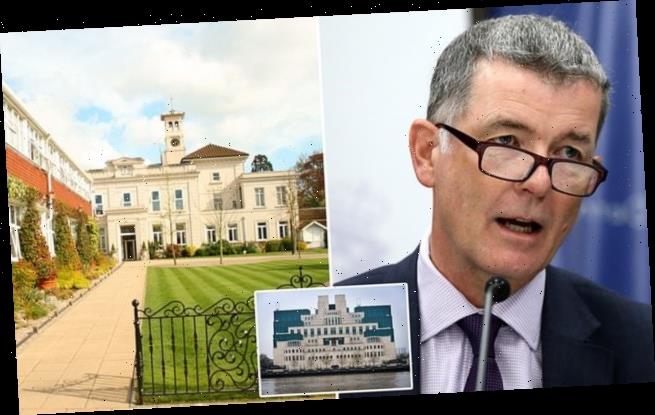 Confessions of a spy boss: MI6 chief Richard Moore admits he only went to ‘half a dozen lectures’ while at Oxford University as he wanted to play hockey and see his girlfriend

As one of the country’s top spies, intelligence is part of his job description.

But the head of MI6 has admitted he wasn’t a ‘perfect student’, attending only ‘half a dozen lectures’ in his three years at Oxford.

‘I had too much else to do,’ said Richard Moore, 57, in his first personal interview as ‘C’, as he is referred to in Whitehall. 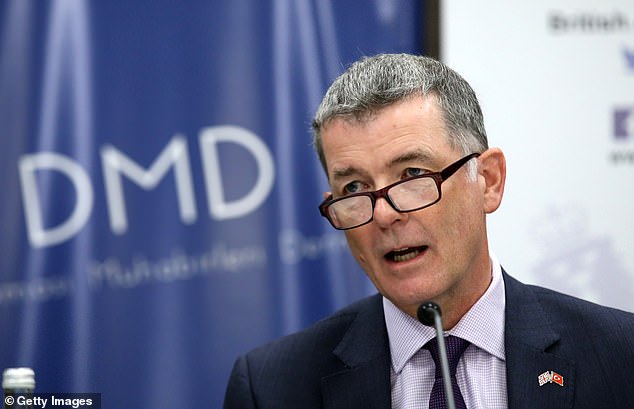 The head of the country’s foreign intelligence service revealed he tried to spend only two days a week doing academic work.

The rest of the time, he focused on playing hockey and seeing his girlfriend.

Mr Moore told the magazine of his old private school, St George’s College in Weybridge, Surrey, that he experienced ‘impostor syndrome’ while he was Oxford.

Surrounded by ‘cleverer dons’, he wondered if he was in the right place.

He revealed he started studying economics but hated it and dropped it after his first year.

‘I’m barely numerate, as a succession of maths teachers at SGC [St George’s College] can testify,’ he said.

He described his research for university essays as ‘sketchy at times’.

Mr Moore revealed that he loves ‘trashy thriller TV box sets’ but insisted real spies are not like those in James Bond films or TV series such as Spooks.

He said it was a ‘curse’ of popular culture that intelligence officers were portrayed as amoral and violent, ‘frequently on the wrong side of the law’.

‘The reality is the polar opposite,’ he added, saying that his staff were ‘extraordinarily idealistic and committed’ to doing ‘the right thing – we don’t cut ethical corners’. Mr Moore, pictured, told how he met his wife Maggie, who is blind and with whom he has two children, on a pilgrimage to Lourdes in France in 1981.

Even though she was unable to see him in action, she used to follow him playing rugby during his time at Worcester College, Oxford.

He was president of the Junior Common Room and remembers Boris Johnson being elected secretary when he was there.

He advised pupils at his former school not to over-plan their careers, saying they should develop a ‘can-do’ attitude and be ‘prepared to go for opportunities as they arise’.

He told the magazine: ‘Once you’ve been in working life for a decade, you can think about how you shape the years ahead. 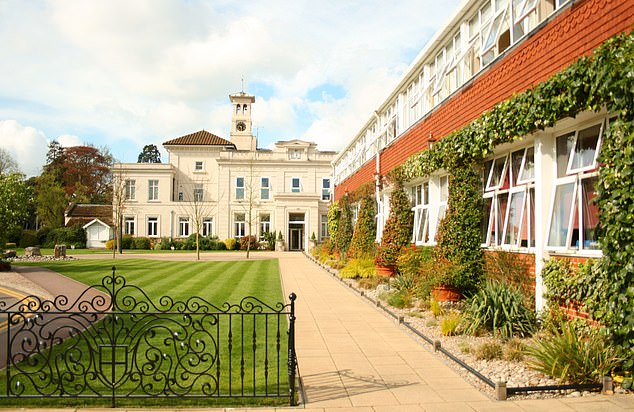 ‘But don’t miss out on great opportunities early on because you don’t think they fit the plan for world domination.’

Mr Moore revealed he had thought about becoming a journalist or a banker but became a spy after being approached by a ‘talent spotter’ from the Secret Intelligence Service.

After he became head of MI6 last October, he launched a drive to recruit new staff via his social media account.

A former ambassador to Turkey, Mr Moore admitted he had made many mistakes in life, adding it was important to learn from them.

In his spare time, besides enjoying box sets, he plays golf and watches rugby and cricket.