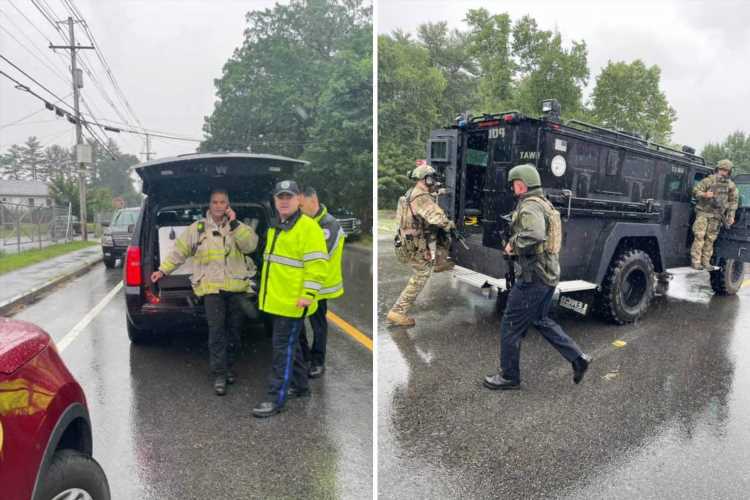 A GUNMAN in fatigues allegedly fired several shots inside of a transport depot before fleeing into the woods.

The Middleborough Police Department confirmed that there was an active shooter on Friday morning and asked residents to shelter-in-place. 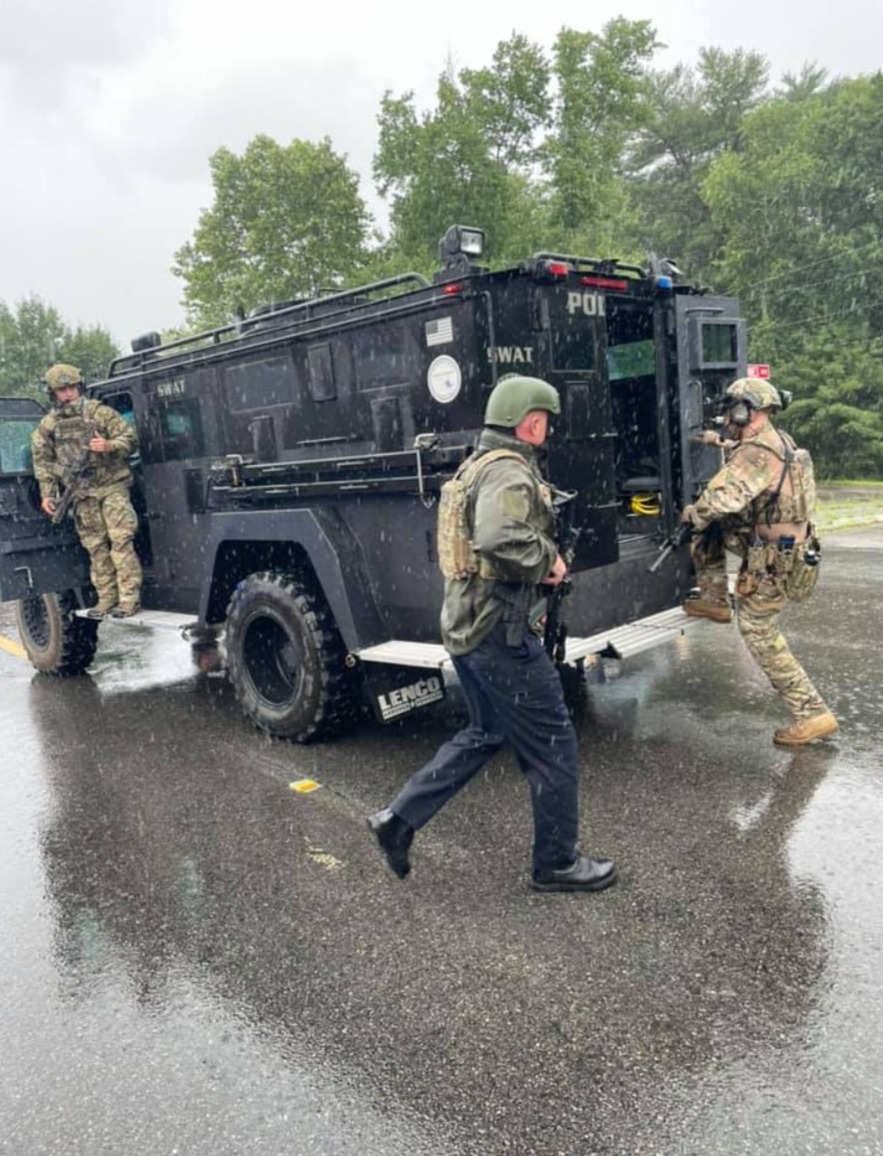 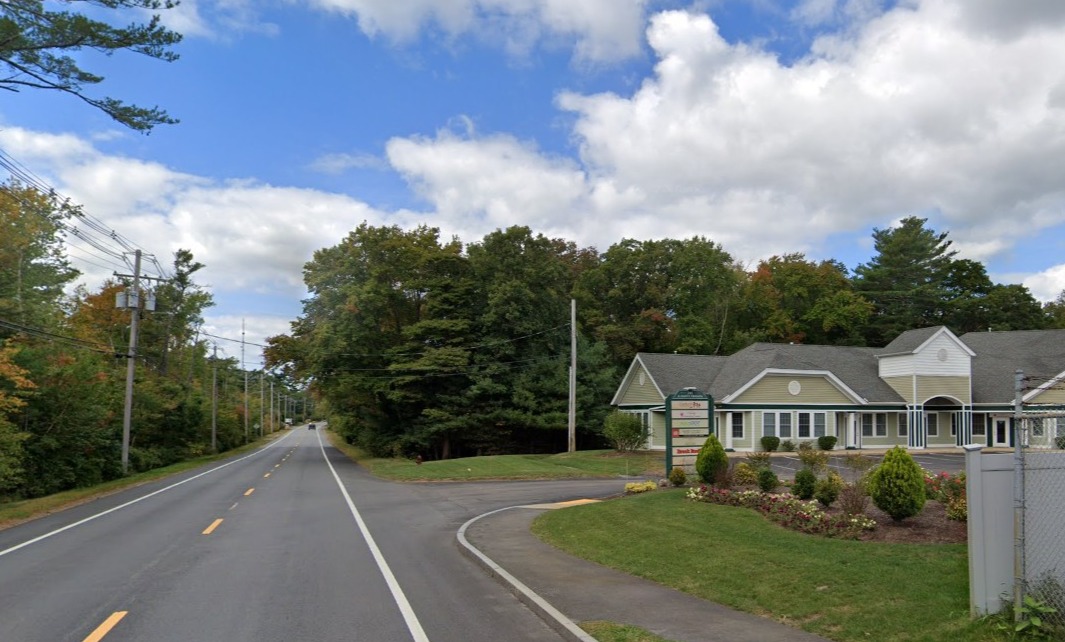 "STAY AWAY FROM THE AREA !!!!! Anyone living on Evergreen shelter in place !," the department wrote in a Facebook post.

Officials said that approximately four to five shots were fired inside of the Massachusetts Department of Transportation public works depot.

No injuries have yet been reported, according to police.

Massachusetts State Police said that the incident was reported at 9.14am. It said that a male suspect reportedly wearing fatigues fled into the woods. 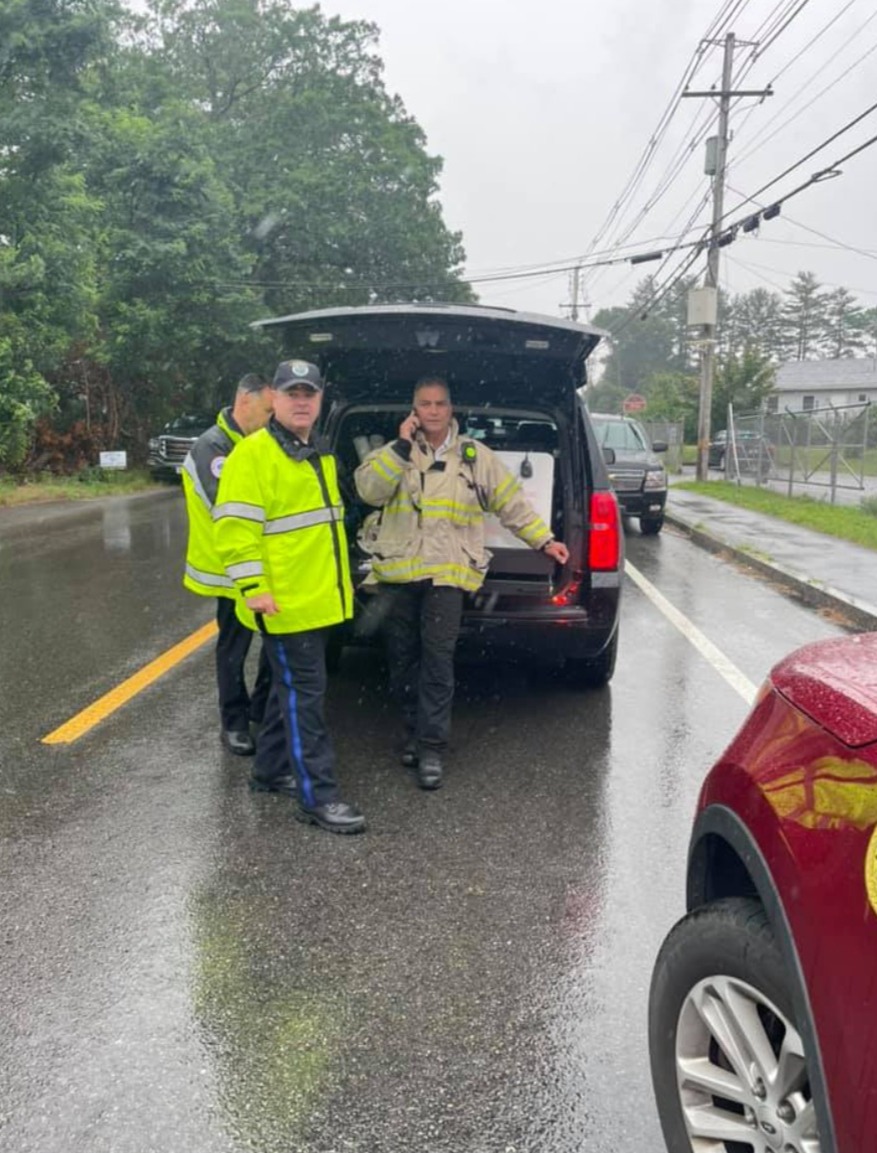 Fatigues are most commonly known as the casual clothes that military personnel wear, however there is no confirmation that the suspect is in the forces.

Cops said the suspect was described by witnesses as a light-skinned black or Asian male, approximately 5 feet 10 inches tall, wearing a bucket hat.

State troopers were alongside the fire department in aiding police.

The suspect was reportedly in custody just before 12pm on Friday.

They described the situation as a "reported shots fired incident."

The fire department shared photographs of a SWAT team at the scene.

Middleborough is south of Boston and west of Plymouth. The scene appeared to be near Interstate 495.

I was fat-shamed by a stranger for exercising in my garden & it’s not the first time, people have laughed at me before