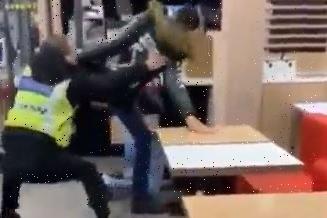 A MCDONALD'S customer has been caught on camera in a dramatic brawl with a security guard at a McDonald's in East London.

Shocking footage shows two men wrestling on the floor – with a security guard jumping in to desperately try to control the fisticuffs. 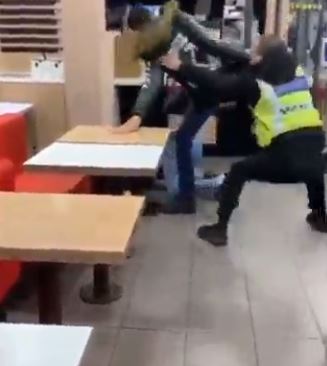 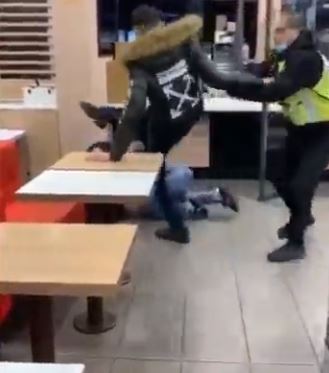 In the clip, the security guard can be seen trying to pull the men apart before another customer rushes over.

He can then be seen trying to kick the two fighting on the floor but misses both of them.

In violent scenes, the security guard chases the customer around a wooded beam, who then heads back to the other two men.

After being fought off once, the relentless man tries again at getting involved with the action on the floor, but is pushed back by the security.

The aggressive customer is caught trying to throw a punch which is then followed up by a kick to the guard's groin area.

The security guard eventually managed to fend off the aggressor who left the restaurant. It is not yet known what caused the outburst. 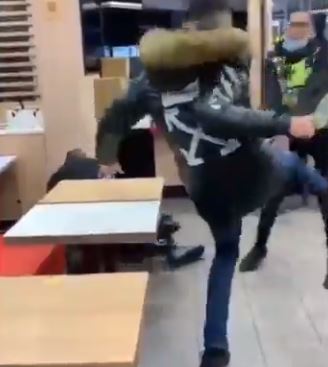 The attacked was captured at a McDonald's, believed to be in Canning Town, East London.

It is not clear when the attack unfolded.

It's not the first time there has been violence at the popular takeaway chain.

In one dramatic video, a worker was seen battering a customer with a burger spatula.

And another brawl unfolded after two customers allegedly did not pay for their food. 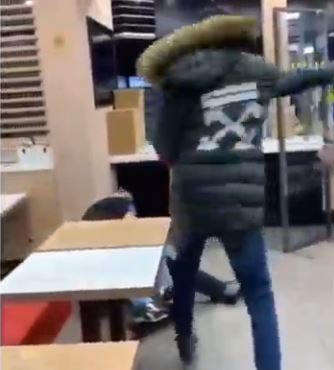 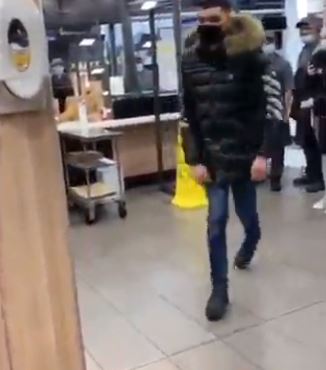