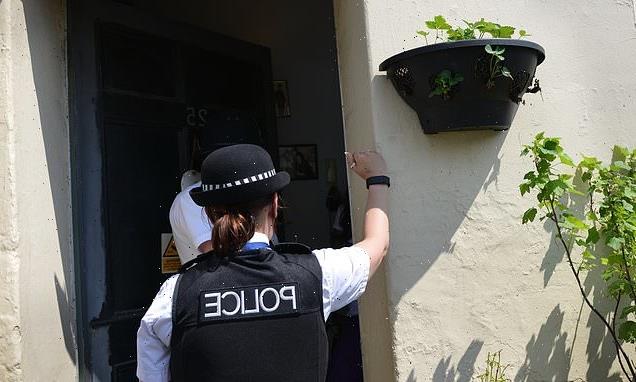 More than 3,000 children aged between 10 and 17 were strip-searched last year and more than a third were black, figures reveal

More than 3,000 children aged between 10 and 17 were strip-searched last year – and more than a third were black – figures revealed.

There were 65,336 strip-searches carried out by 28 of 43 forces in England and Wales in the year to March, of which five per cent (3,133) were on 10 to 17-year-olds, according to data published for the first time on Thursday.

The ‘most notable differences’ between adult and child strip-searches were that ‘higher proportions’ of children were black or from a black British background (35%), compared with adults (19%), the Home Office report said.

‘Less than half (43%) of all children strip-searched were of a white ethnic background, compared with 65% of adults strip-searched,’ it added.

The release follows the Child Q scandal earlier this year, in which a 15-year-old schoolgirl was strip-searched by police while on her period, after being wrongly suspected of carrying cannabis at school. 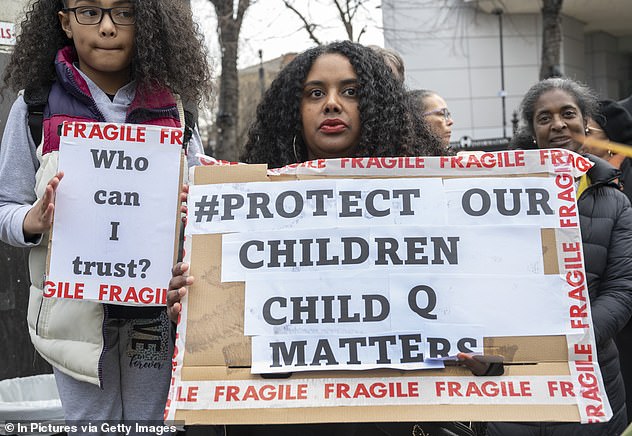 Child Q’s case sparked a wave of protests, with hundreds gathering at Hackney town hall (pictured), after it emerged the teenager was searched without another adult present and in the knowledge that she was menstruating 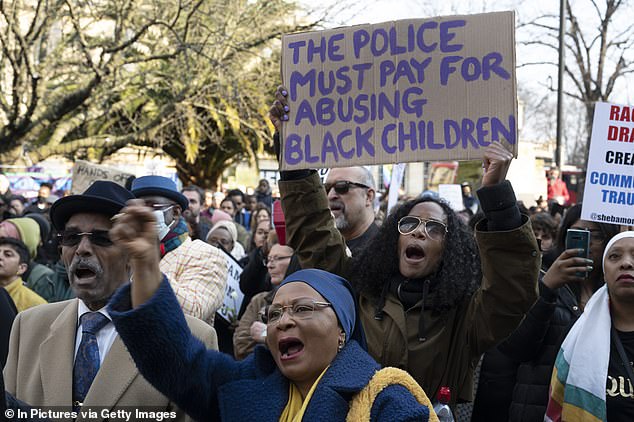 The search, by female Metropolitan Police officers, took place in 2020 without another adult present and in the knowledge that she was menstruating, a safeguarding report found.

A review conducted by City & Hackney Safeguarding Children Partnership (CHSCP) concluded the strip-search should never have happened, was unjustified, and racism ‘was likely to have been an influencing factor’.

Four Metropolitan Police officers are being investigated for gross misconduct by the Independent Office for Police Conduct (IOPC) in connection with the incident.

Scotland Yard has apologised and said it ‘should never have happened’.

The law firm Bhatt Murphy said in March that the teenager was taking civil action against the Met and her school to obtain ‘cast-iron commitments to ensure this never happens again to any other child’.

Since then, the IOPC has confirmed it is investigating four further strip-searches of children between early 2020 and 2022, and is considering whether to look into three more.

Figures later obtained from Scotland Yard by the Children’s Commissioner showed 600 children underwent ‘intrusive and traumatising’ strip-searches by the Metropolitan Police over a two-year period, with black boys disproportionately targeted.

At 12, they treated me as an adult – I still have nightmares

Georgia Wood was just 12 when she was strip-searched by two policewomen with no appropriate adult present.

She is now 25 and still suffers from nightmares, panic attacks and a distrust of anyone in authority.

Georgia was ‘shocked’ to discover that on average more than 1,000 children are strip-searched each year by UK police forces. She said: ‘Why is this still going on? I thought things had changed, it’s crazy that this is happening.

‘The police are treating young and sometimes vulnerable children like adults – they don’t consider the harm this does every time a child is put through it. Even now, if I’m in a small room at work with strangers it brings back the memories of what happened.

Terrified Georgia was bundled into a police car in South Wales over a drug investigation. Her mother Karen Archer was put in another car and the pair were driven ten miles to Neath police station to be strip-searched separately.

No drugs were found and no charges were ever brought against the mother or daughter, who live on a five-acre smallholding near Pontardawe, Swansea. Georgia, who works as a civil servant, said: ‘What happened to me that day was a life-changing event.

‘The police had a duty to protect me that day but instead I was made to strip in front of strangers. They scared me.

‘I understand the police sometimes have to strip-search under-18s but there are strict protocols and they are not always being followed. A relative, a friend or an independent chaperone should always be present. But that doesn’t always happen.’

Georgia says she was treated ‘no differently to a grown-up’ and was left needing therapy for PTSD. She doesn’t see herself as a campaigner but is compelled to speak out to help children.

She said: ‘It is just shocking that this is going on. The children involved often can’t speak out for legal reasons so I feel I have to say and do something. The police go into situations treating children the same as adults. That has to stop, things have to change.’ 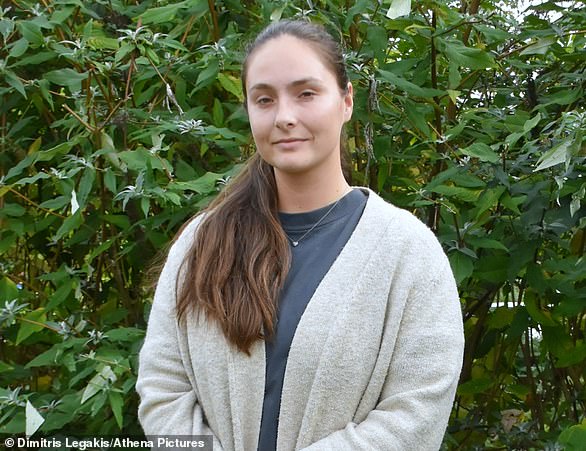 Georgia Wood was just 12 when she was strip-searched by two policewomen with no appropriate adult present. She is now 25 and still suffers from nightmares, panic attacks and a distrust of anyone in authority