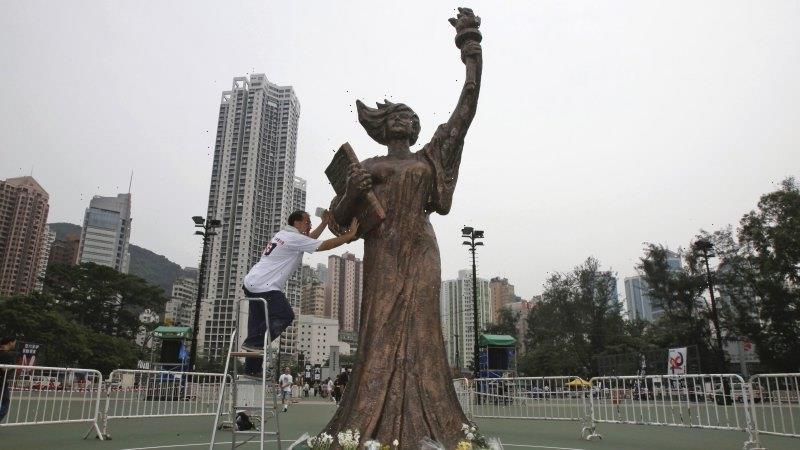 Hong Kong: Universities in Hong Kong are removing memorials to the bloody suppression of the 1989 Chinese pro-democracy movement centred on Beijing’s Tiananmen Square.

The Chinese University of Hong Kong early on Friday (local time) took down the “Goddess of Democracy,” a statue based on a figure created by art students and brought to the square shortly before the crackdown in which hundreds, if not thousands, of people were killed. 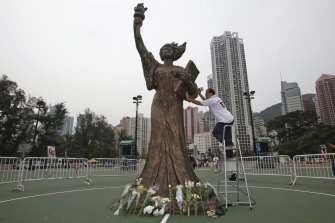 The Goddess of Democracy statue, pictured in 2010.Credit:AP

The removal of the monuments testifies to the ruling Communist Party’s efforts to erase the bloody events from the public consciousness. It also comes as the party snuffs out democratic challenges in Hong Kong to its rule.

On Thursday, a monument at the University of Hong Kong was dismantled, wiping out one of the city’s last remaining places of public commemoration of the crackdown.

The government has never provided a figure on casualties and the pro-democracy movement remains a taboo topic in mainland China. Hong Kong and Macao, the two semi-autonomous territories, were the only places on Chinese soil where commemorations of the crackdown were allowed until authorities banned annual candlelight vigils for two consecutive years.

In a statement, Chinese University confirmed the removal of the statue and said it had never authorised its display and that no organisation has claimed responsibility for its maintenance and management.

The university’s decision was predicated on the “overall protection of the university community after a recent assessment,” government-run Hong Kong Radio Television reported.