Home » Mother, 26, gives birth to boy in the footwell of her CAR 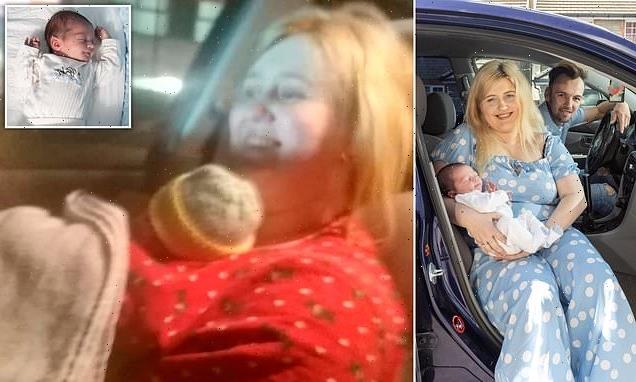 Mother, 26, gives birth to boy in the footwell of her CAR

Baby on board! Mother, 26, gives birth to boy in the footwell of her CAR – and her husband catches him in a cardigan

This mother gave birth to her baby boy in the footwell of her car – and her husband caught him in her cardigan.

Leah Kemp, 26, felt the urge to push on the drive to hospital, and she told her husband Jordan, 26, he was going to have to be the midwife in the car park.

They didn’t have time to make it inside, and despite protesting ‘he didn’t know how’ quick-thinking Jordan stepped up and caught his tot in his wife’s cream cardi.

Newborn Jenson Jordan Rhodes Kemp was named after his father because of his heroic delivery.

Tot Jenson is now fondly known as ‘car park baby’, after he joined the world in Leah’s blue Mazda 3. 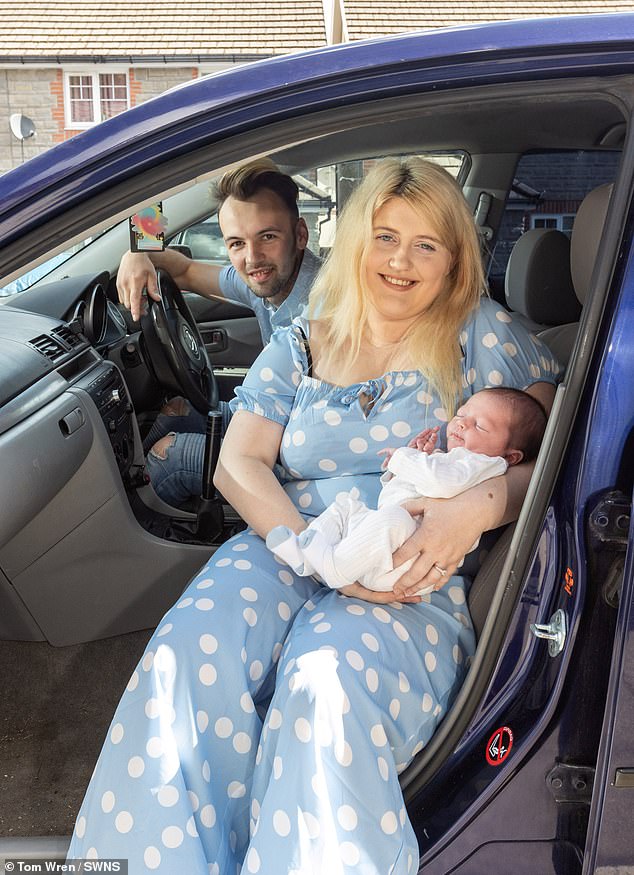 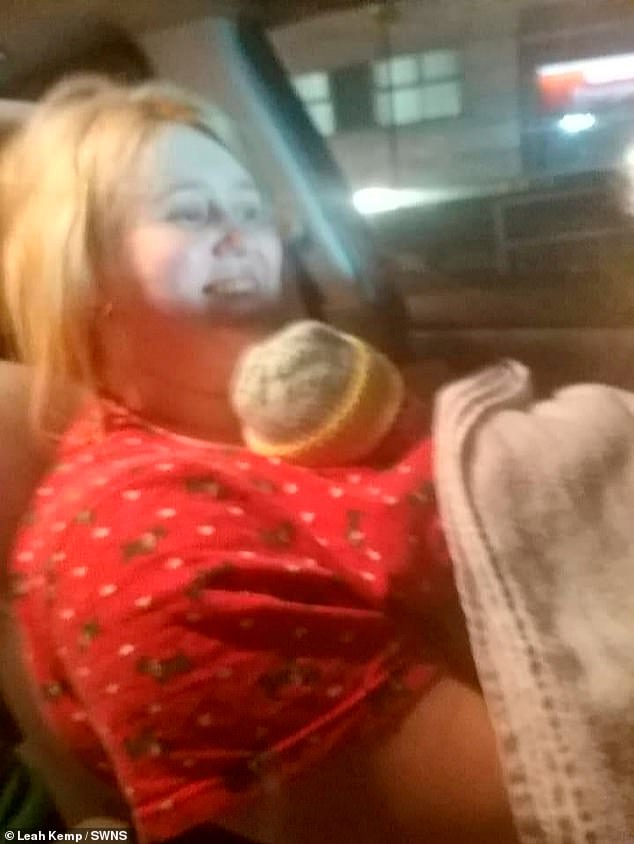 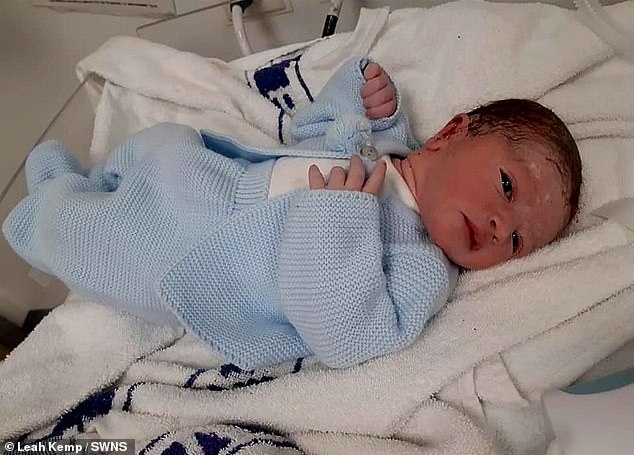 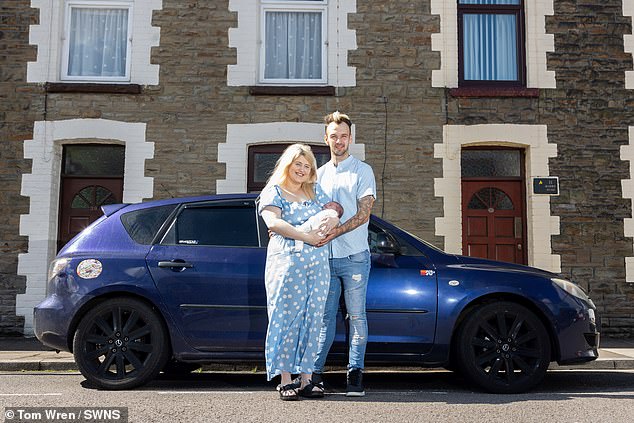 Tot Jenson is now fondly known as ‘car park baby’, after he joined the world in Leah’s blue Mazda 3

Leah, from Pontypridd, South Wales, said: ‘It all happened so fast, I have had previous quick labours but never this quick.

‘I was having constant pain and slight urges to push but I never imagined that I would be giving birth in the car.

‘I told him the baby was coming now and he would have to deliver and he said he couldn’t, he didn’t know how to,

‘But he did it anyway and delivered our son perfectly.

‘How we did it I have no idea, it was a miracle because me and the baby didn’t have a mark on us after delivery.

‘He had no help from anyone while delivering, it was just us two by ourselves in the car working as a team to deliver our son, not thinking about what could go wrong and just concentrating on getting the baby out.’

Leah found out she was pregnant with her third child in September 2020 after trying for a few months and on a whim picking up a pregnancy test from Home Bargains.

The trainee beauty therapist started to get strong pains in her back when she was browsing garden lights in ASDA at 10.40pm on May 6.

She knew her labour was starting and rushed home to get in the bath to help ease the pain, while Jordan took two daughters Mercedes-Elise Kemp, five, and Autumn Kemp, two, to their grandmother’s.

When he returned to Leah at their Pwllgwaun home, they knew it was time to go to hospital so hobbled towards the car. 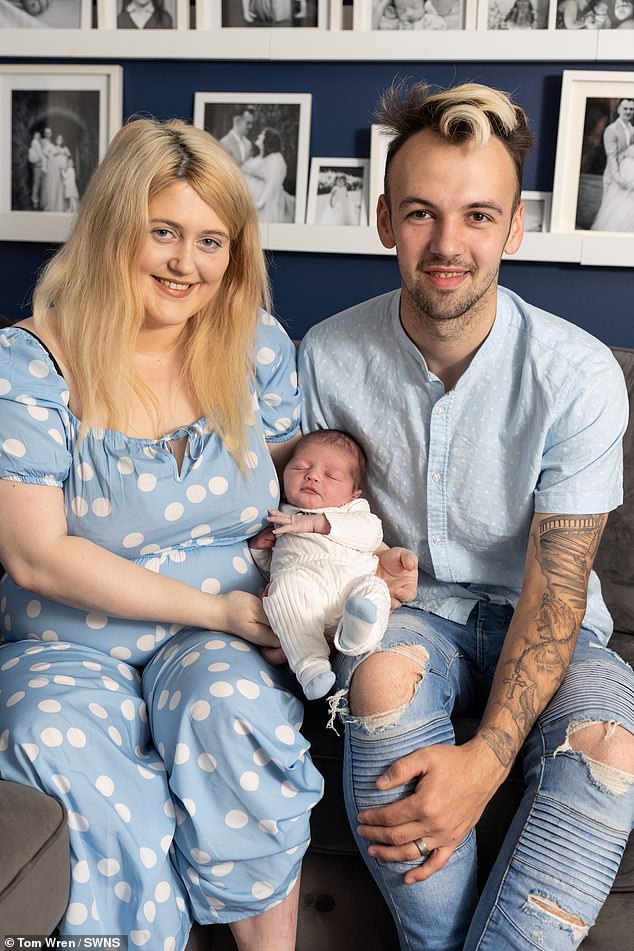 Leah, 26, felt the urge to push on the drive to hospital, and she told her husband Jordan, 26, he was going to have to be the midwife in the car park 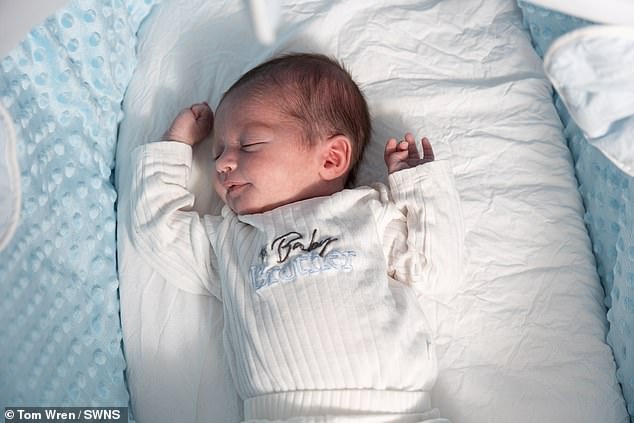 The birth of Jenson Jordan Rhodes Kemp was recorded as 00:40 on May 7, weighing 7lbs 5oz 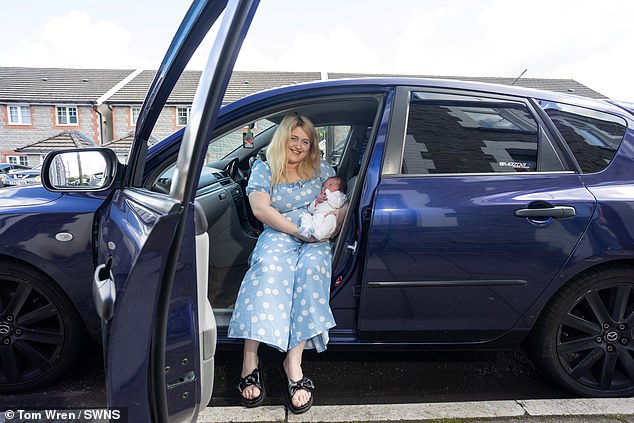 Leah said: ‘During the car ride I was having stronger pains and slight urges to push.

‘All I kept thinking was ‘you’re almost at the hospital now, you’re nearly there just hold on, it will be over soon’.’

They arrived outside the A&E department at Prince Charles Hospital in Merthyr Tydfil just after midnight, but realised they were at the wrong entrance.

Leah said: ‘My husband went to try and find a wheelchair for me as I wasn’t able to walk by this point.

‘When he returned back with the wheelchair I told him that I could feel the baby’s head and that the baby was coming now and he would have to deliver our son.

‘He told me he needed to get me into the hospital. He told me I couldn’t deliver the baby in the car.’

The couple started arguing, with Jordan clutching the wheelchair outside the car, insisting that they go inside, and Leah making herself comfortable in the passenger seat.

After just a 90 minute labour, the baby was coming.

Leah said: ‘I shouted to my husband to push the seat back as far as it would go.

‘By this point I had started pushing and told my husband to grab the head, to which he did, he then told me one more big push and his shoulders will be out.

‘Sure enough the baby’s shoulders came out and then the rest of his body.

‘My husband then knelt down in the footwell and caught our baby boy.’ 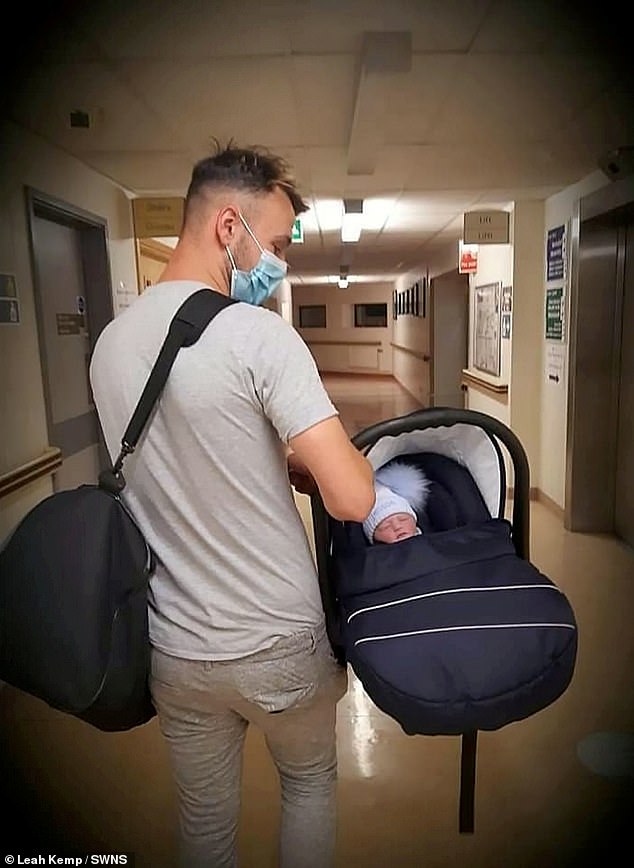 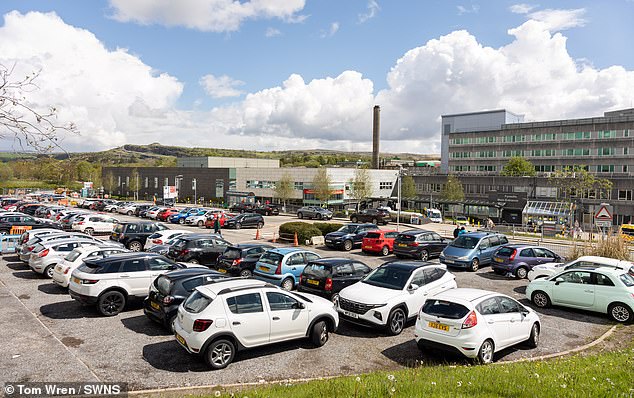 Plasterer Jordan then wrapped up the newborn in Leah’s cardigan and put the baby on her chest while he went into the hospital for help.

Two midwives arrived about three minutes later who wheeled exhausted Leah inside where they checked everyone over and cut the umbilical cord.

The birth of Jenson Jordan Rhodes Kemp was recorded as 00:40 on May 7, weighing 7lbs 5oz.

Leah said: ‘I asked the midwife caring for me if this happens often and she replied ‘this is my first car park baby’.

‘We still have the car and we have no plans to get rid of it as it is such a special keepsake for us now and a great story to tell our son when he is older.’

Jordan began cleaning the Mazda with wipes provided by a paramedic whilst his wife was still in the hospital.

The family-of-five are enjoying life at home and sharing Jenson’s unusual story with friends.

Leah said: ‘Every time a midwife or health visitor calls to the house they say to us ‘are you the ones that gave birth in the car?’ which always makes us laugh.

‘Looking back at the birth now I still can’t believe that we actually delivered our son by ourselves in the car and how lucky we are that there were no complications.

‘It really was a miracle birth in the sense that nothing went wrong given the circumstances. I joke to my husband that his occupation now is plasterer/midwife.

‘I hope my story makes people smile and to encourage those who are ever in a similar situation to trust their body and their instinct.’