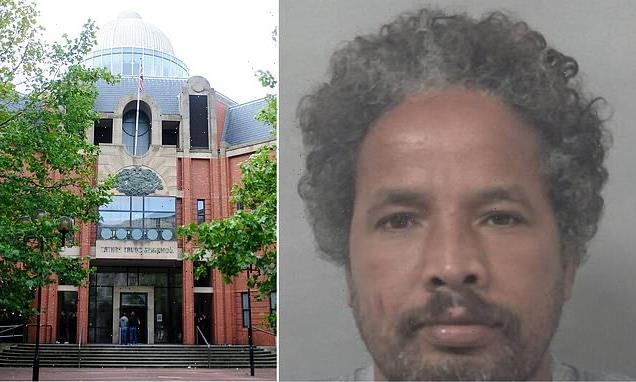 My daughter was sexually assaulted – I tracked the man down and had him jailed: Quick-thinking mother confronts Sudanese asylum seeker who grabbed her 16-year-old girl and takes his picture – helping convict him

A quick-thinking mother tracked down a Sudanese asylum seeker who had just sexually assaulted her 16-year-old daughter, before confronting him and taking his picture.

The sex offender approached the girl just minutes after she left work. Mother and daughter then looked around the area for the man and their amateur detective work paid off when he was later jailed for a year.

He was originally jailed for one year by Hull magistrates on December 1, but he appealed against that sentence at Hull Crown Court. 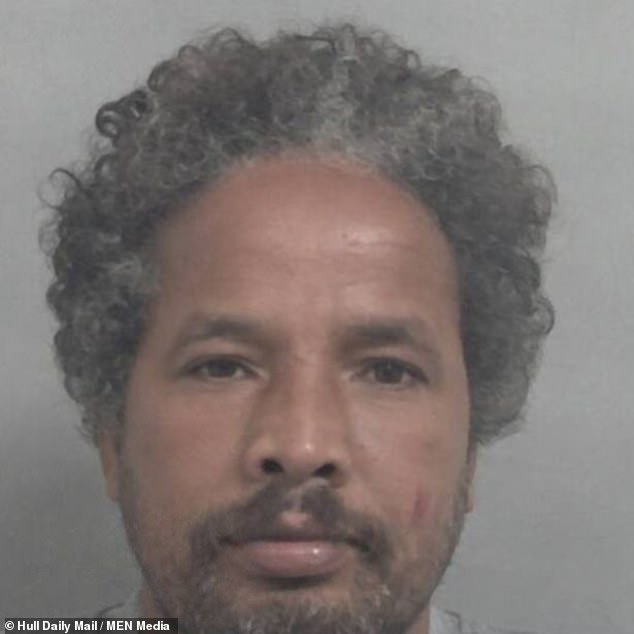 During the appeal hearing, a judge said Noor Ibrahim posed a high risk of serious harm to the public, particularly females.

However, he was granted a two-month cut in his prison term because magistrates had not given him enough discount for his early guilty plea.

Rachel Scott, prosecuting, told the hearing that the 16-year-old girl had finished work late in the evening and was walking through Paragon Interchange, in Hull city centre, to meet her mother, who was due to pick her up.

Noor Ibrahim approached her and asked her: ‘Where have you been?’

She said that she had been at work and he asked her ‘if she had been with anyone’, to which she answered innocently and said she was waiting for her mother to pick her up.

Ibrahim then grabbed her and sexually assaulted her.

Miss Scott said: ‘She was left feeling scared and unsafe and, a minute or so later, her mum arrived to pick her up.

‘She told her mum what had happened. They drove along the road looking for the male.

‘They found the male on Paragon Street, which is very close to where the incident had taken place.’

The girl’s mother got out of the car and approached the man and took photographs of him on her mobile phone.

‘He had a pint of alcohol in his right hand,’ said Miss Scott.

The mother asked him: ‘Have you just grabbed my daughter? You’re not going to get away with this.’

Noor Ibrahim did not reply and continued walking down South Street.

The matter was reported to the police the next day and, as a result of inquiries, police went to the address where Noor Ibrahim was staying. He was arrested. 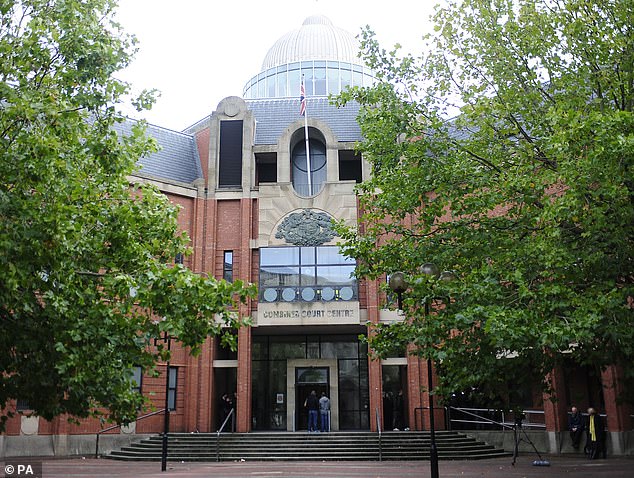 Rachel Scott, prosecuting, told the hearing at Hull Crown Court (pictured) that the 16-year-old girl had finished work late in the evening and was walking through Paragon Interchange, in Hull city centre, to meet her mother, who was due to pick her up

Noor Ibrahim admitted kissing the girl, but would not comment on whether it was consensual, the court heard.

The girl later said that the incident had upset her and made her feel really uncomfortable.

‘She feels scared and unsafe now,’ said Miss Scott. Noor Ibrahim had no previous convictions in this country. He had been here for two years, the court heard.

Marc Luxford, representing Noor Ibrahim, said that it was ‘disgusting behaviour’ involving a vulnerable 16-year-old girl late at night, but the defendant had been drinking.

He had tried to minimise the offence in an interview with the probation service, but had shown remorse.

‘He is sorry for the offence,’ said Mr Luxford. ‘He was in drink.’

Noor Ibrahim was seeking asylum from Sudan and still had family living there.

Recorder David Gordon, sitting with two magistrates, allowed the appeal and reduced Noor Ibrahim’s sentence from one year to 10 months because the magistrates had not given him enough discount for his early guilty plea.

But Recorder Gordon said that Noor Ibrahim had been assessed as posing a high risk of serious harm to the public, particularly females, and especially sexual harm.

A future offence could happen ‘at any time’, according to the assessment. ‘That’s concerning,’ said Recorder Gordon.

‘This offence was extremely upsetting for that young girl, who in law is regarded as a child.

‘She said this incident upset her and made her uncomfortable and has left her feeling scared and unsafe.

‘This offence has had a serious detrimental effect on the complainant.

‘You are assessed as posing a high risk of serious harm to the public, particularly females.

‘You are an asylum seeker in this country. The victim was particularly vulnerable, a lone female, 16, on her own in Hull city centre late at night.

‘You specifically targeted a vulnerable victim.’

Noor Ibrahim was given a 10-year sexual harm prevention order and will have to register as a sex offender for 10 years.

'I have NINE cups of coffee a day!' Susanna Reid dons pyjamas on TV
Recent Posts