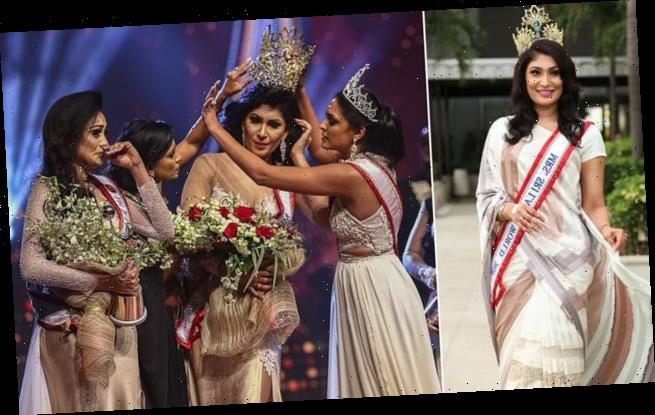 Mrs World has been arrested on charges of assault after she yanked the crown from the new Mrs Sri Lanka’s head while claiming she should not have won the pageant because she was divorced.

Beauty queen Pushpika De Silva, 31, was awarded the 2020/2021 title during the ceremony at Nelum Pokuna Mahinda Rajapaksa Theatre, Colombo, which was also broadcast on national TV on Sunday.

But Caroline Jurie, 28, who won the crown in 2019 and is the current Mrs World, snatched the crown from her head in the bizarre on-stage intervention.

De Silva was reportedly left with head injuries and needed hospital treatment after the incident, seen by stunned spectators in a packed theatre as well as a live social media audience.

The prize has since been returned to Ms De Silva after the event organisers confirmed that she is not a divorcee. 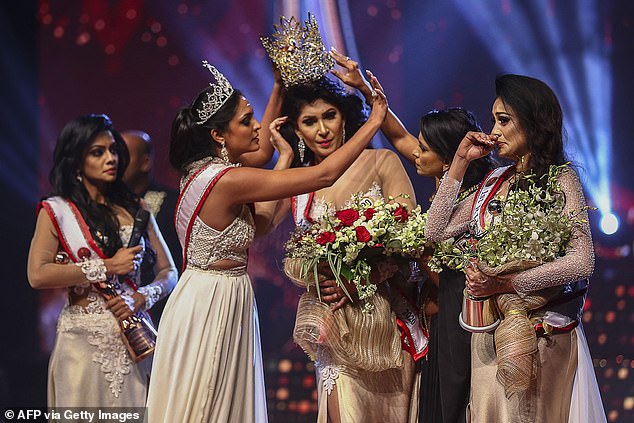 Mrs World Caroline Jurie, 28, (second left) has been arrested after she  took the crown off the head of Mrs Sri Lanka winner Pushpika De Silva, 31, (centre) after stepping on-stage to accuse her of being divorced 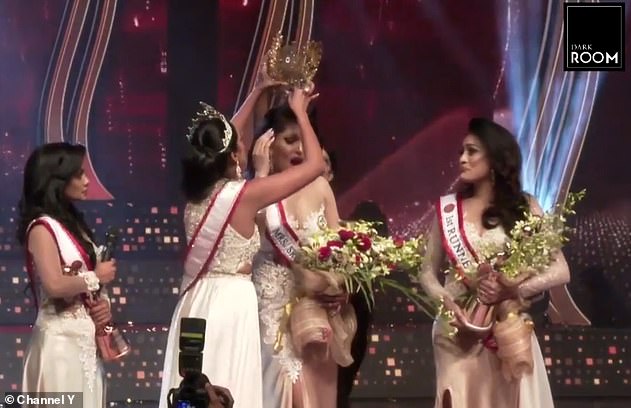 De Silva was awarded the title during the ceremony at Nelum Pokuna Mahinda Rajapaksa Theatre, Colombo, on Sunday before the crown was snatched from her head 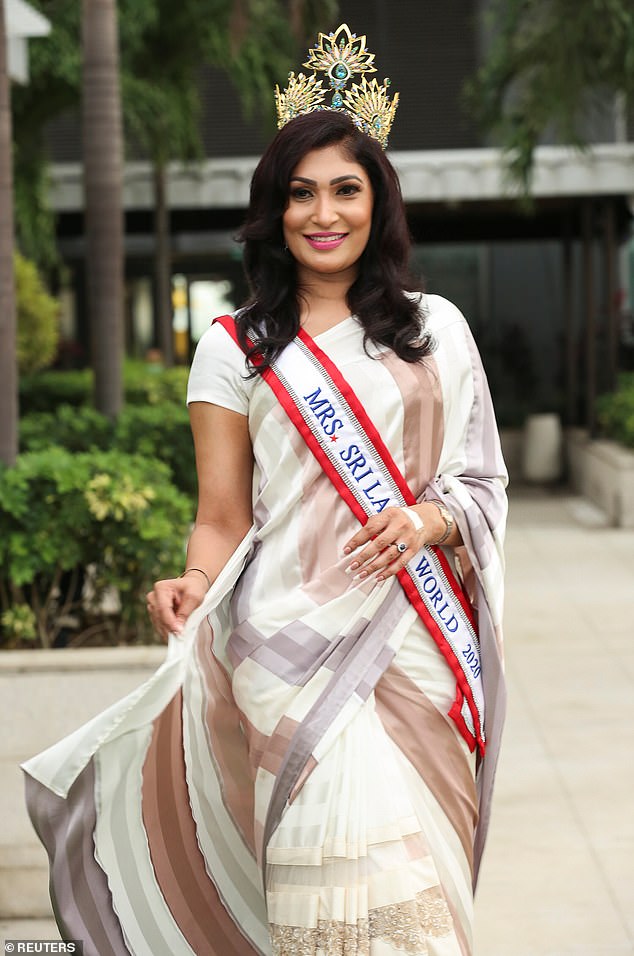 Police confirmed Jurie and another model involved in the on-stage fracas were arrested.

‘We have arrested Jurie and (her associate) Chula Manamendra in connection with a charge of assault and causing damage to Nelum Pokuna (theatre),’ senior police official Ajith Rohana said.

In astonishing footage, Ms Jurie can be seen with a microphone in hand as she tells the audience: ‘There is a rule that prevents women who have already been married and are divorced, so I am taking steps to make the crown go to second place.’

She then strides over to Ms De Silva who is already wearing her crown and sash with a bouquet of flowers in hand.

Ms Jurie grabs at the golden crown which appears to get caught in Ms De Silva’s hair.

It is finally pulled free and Ms Jurie places it on to the head of the runner-up which prompts a tearful Ms De Silva to walk off stage. 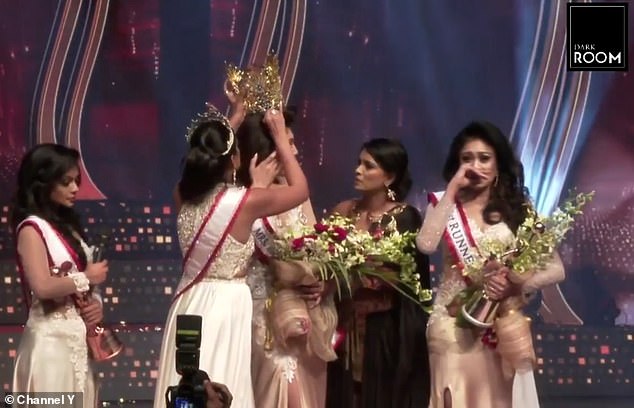 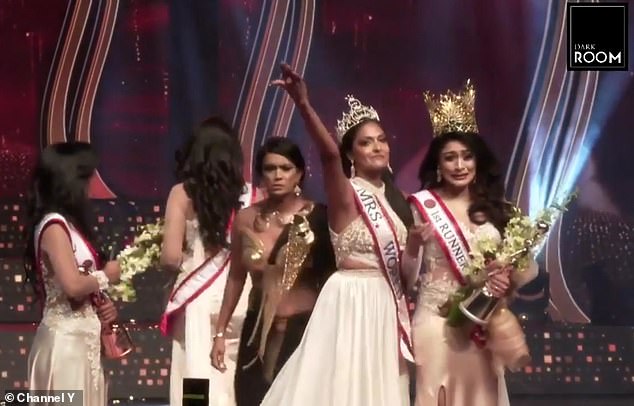 Caroline Jurie has been arrested

The organisers have apologised to Ms De Silva, who won Miss Sri Lanka World in 2011, and she has since had her title restored.

De Silva told reporters outside the Cinnamon Gardens police station in Colombo today that she was ready to drop charges if Jurie made a public apology, but she had refused.

‘I tried to end this out of court, but she has refused,’ De Silva said. ‘I can forgive, but not forget.’

There was no immediate comment from Jurie or her lawyer.

Police sources said a court hearing was likely next week and Jurie and her associate who crashed onto the stage on Sunday could be granted bail later Thursday.

Ms De Silva, who says she is separated but not divorced, posted on her official Facebook page just a short time after the incident to challenge Ms Jurie’s actions.

‘Living separately and being divorced are two completely separate things,’ she wrote.

She also claimed that she went to hospital to be treated for head injuries after the incident and said that she would take legal action for the ‘unreasonable and insulting’ way she was treated.

She later told a press conference: ‘There are a lot of single mums like me today who are suffering in Sri Lanka.

‘This crown is dedicated to those women, those single mums who are suffering to raise their kids alone.’ 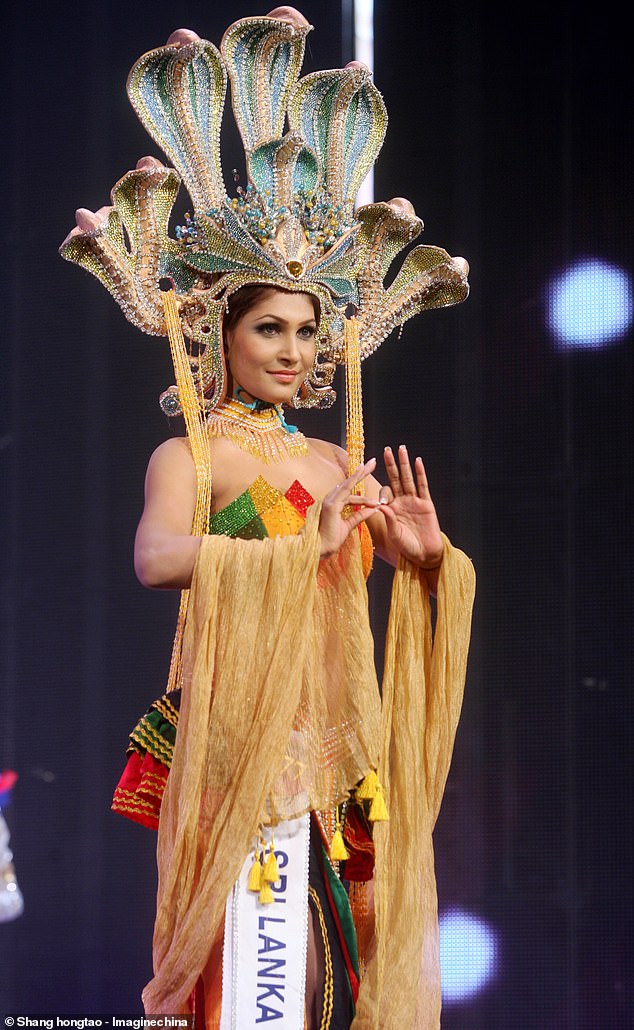 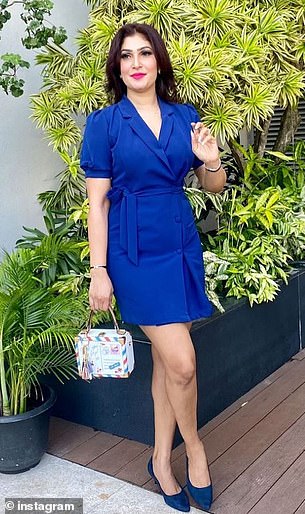 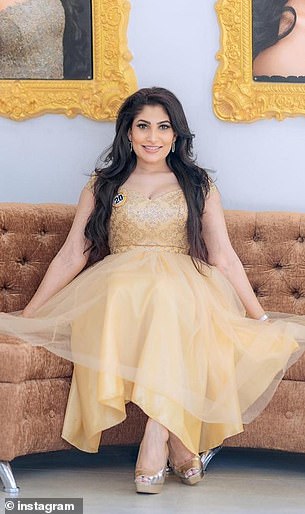 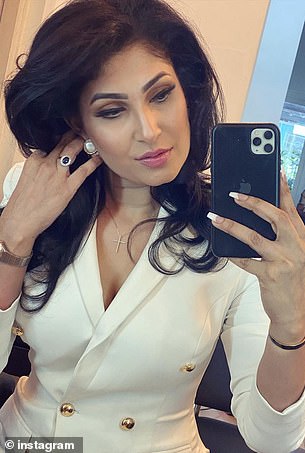 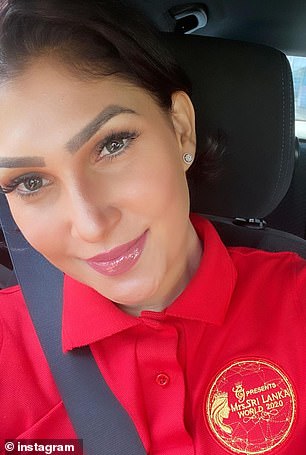 Beauty queen Pushpika De Silva, 31, was awarded the 2020/2021 title during the ceremony at Nelum Pokuna Mahinda Rajapaksa Theatre, Colombo, which was also broadcast on national TV

Chandimal Jayasinghe, the national director of Mrs Sri Lanka World, told the BBC: ‘We are disappointed.

‘It was a disgrace how Caroline Jurie behaved on the stage and the Mrs World organisation has already begun an investigation on the matter.’

Jurie had claimed that de Silva was divorced and therefore ineligible for the prize.

To qualify for the title, contestants must be married. De Silva is estranged from her husband, but they are still legally married.

Organisers said they were claiming compensation from Jurie for damages to the stage and backstage dressing rooms where several mirrors had been smashed.

Jurie has also been accused by organisers of bringing disrepute to the event.

The local franchise holder for the pageant, Chandimal Jayasinghe, said they were ‘deeply disturbed and sincerely regret’ the behaviour of Jurie.

Social media calls have been mounting to strip Jurie of her ‘Mrs World’ title, with one meme calling for her to be rebranded as ‘Mrs Under World.’ 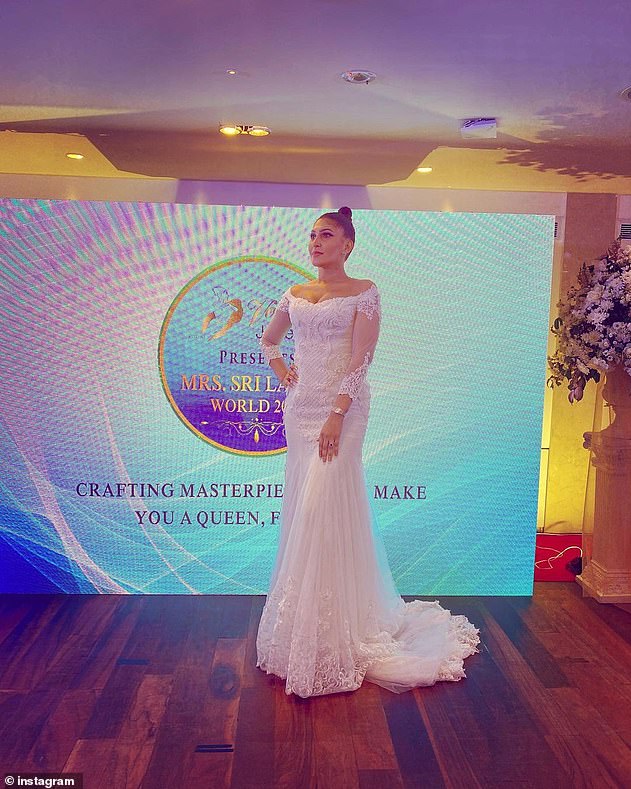 The organisers have apologised to Ms De Silva, who won Miss Sri Lanka World in 2011, and she has since had her title restored