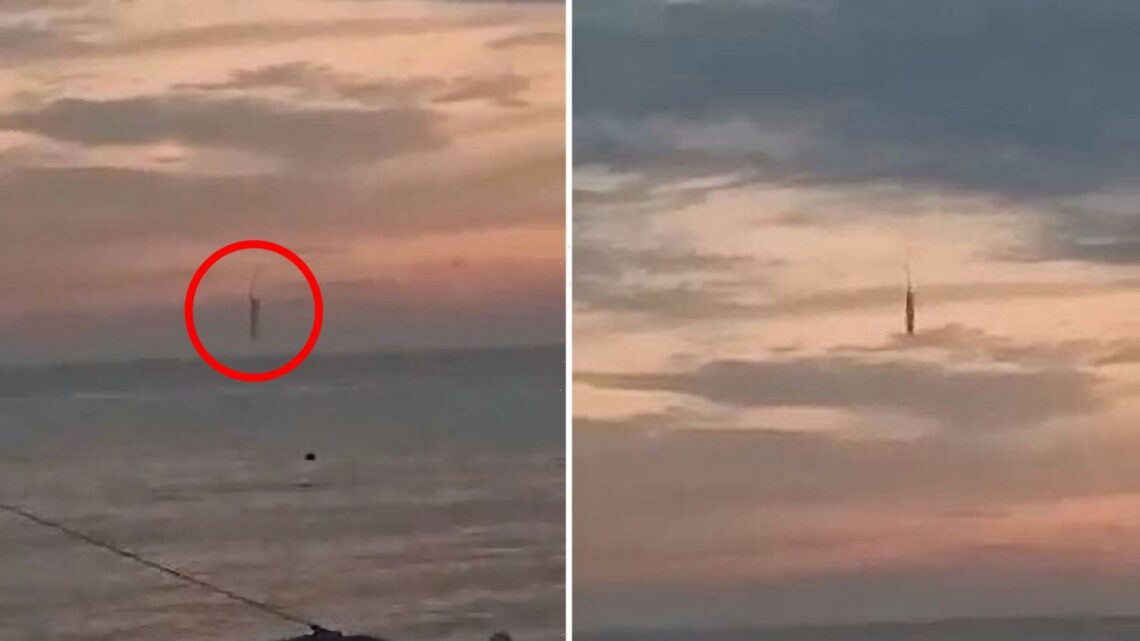 THIS is the mysterious moment an anchor-shaped UFO left a trail of smoke in the sky before crashing into the sea in Indonesia.

The bizarre footage of the long, black object plunging into the water was filmed at Jangkar Beach in East Java – with some people claiming it was a damaged UFO. 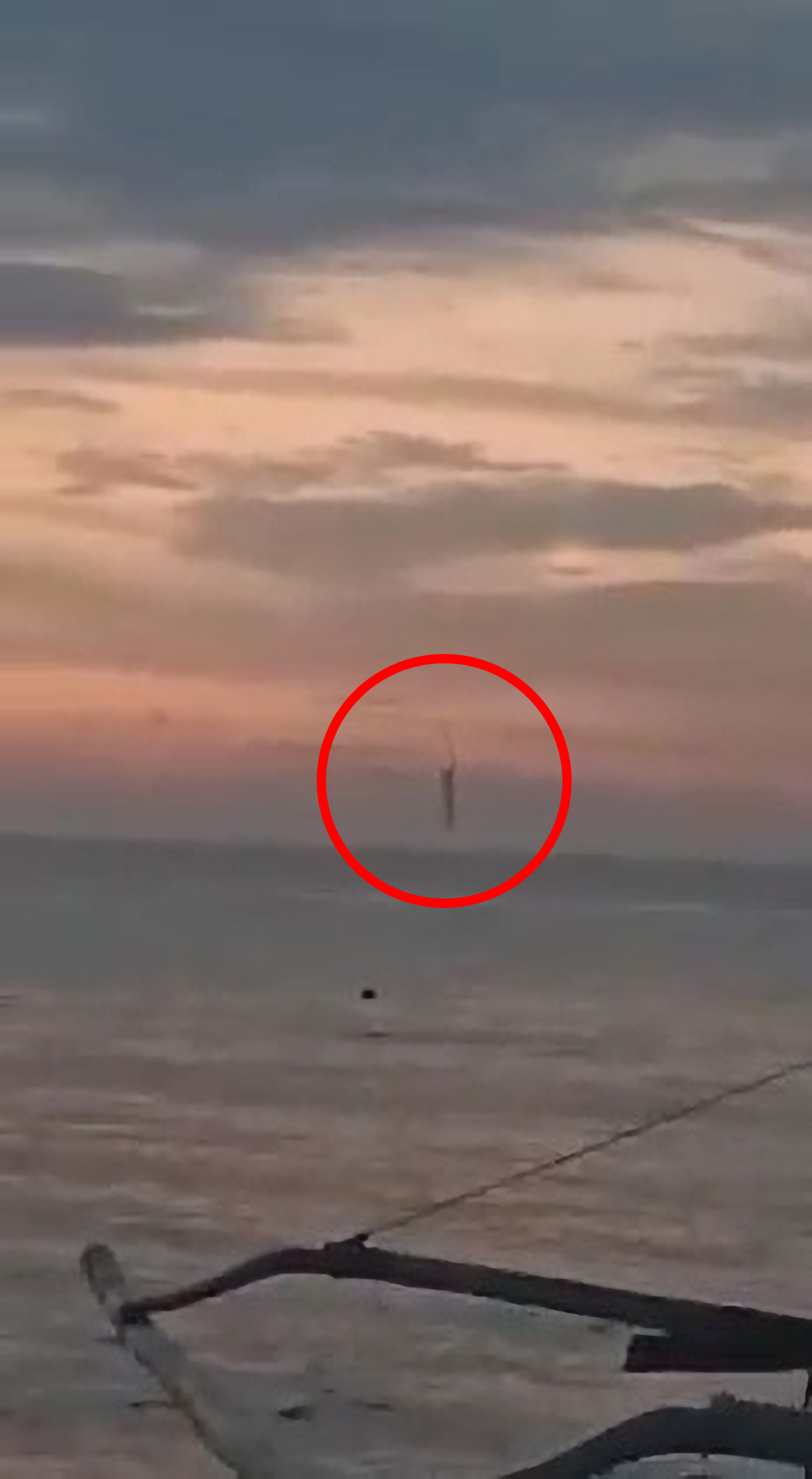 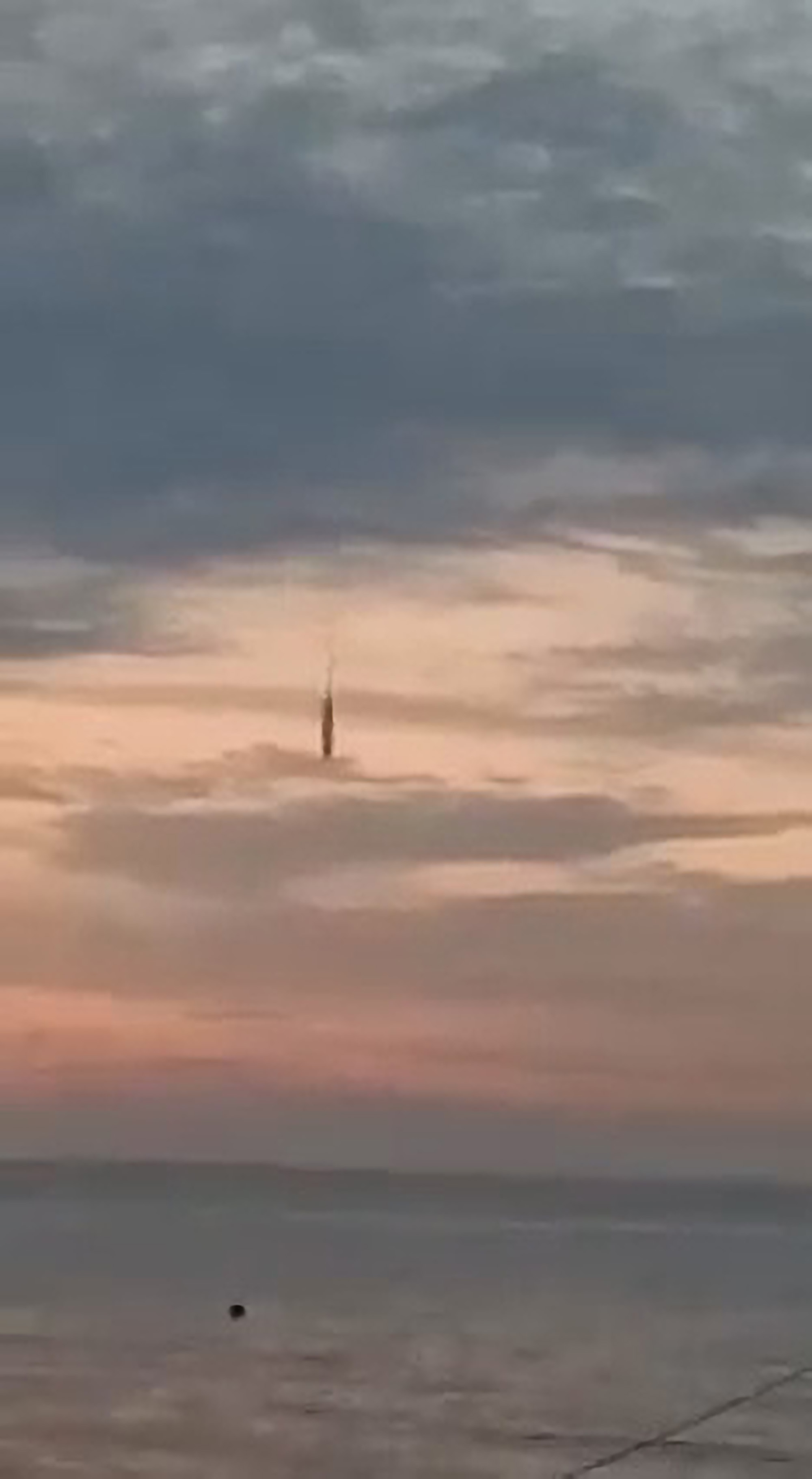 The spooky object was swallowed by the waves shortly after crashing into the sea.

Facebook user Kh Popeye Watermelon shared the clip and asked netizens: "What is this anchor-like thing that fell from the sky?"

Gabriel Notonegoro said: "Maybe it was fairy who lost her wings and forgot her way home? Lol."

Emanuel Sungging Mumpungi, from Indonesia's government space agency, said it was aware of the footage and a team had been sent to the location.

"We are still waiting for the location team to confirm," Mumpungi said. 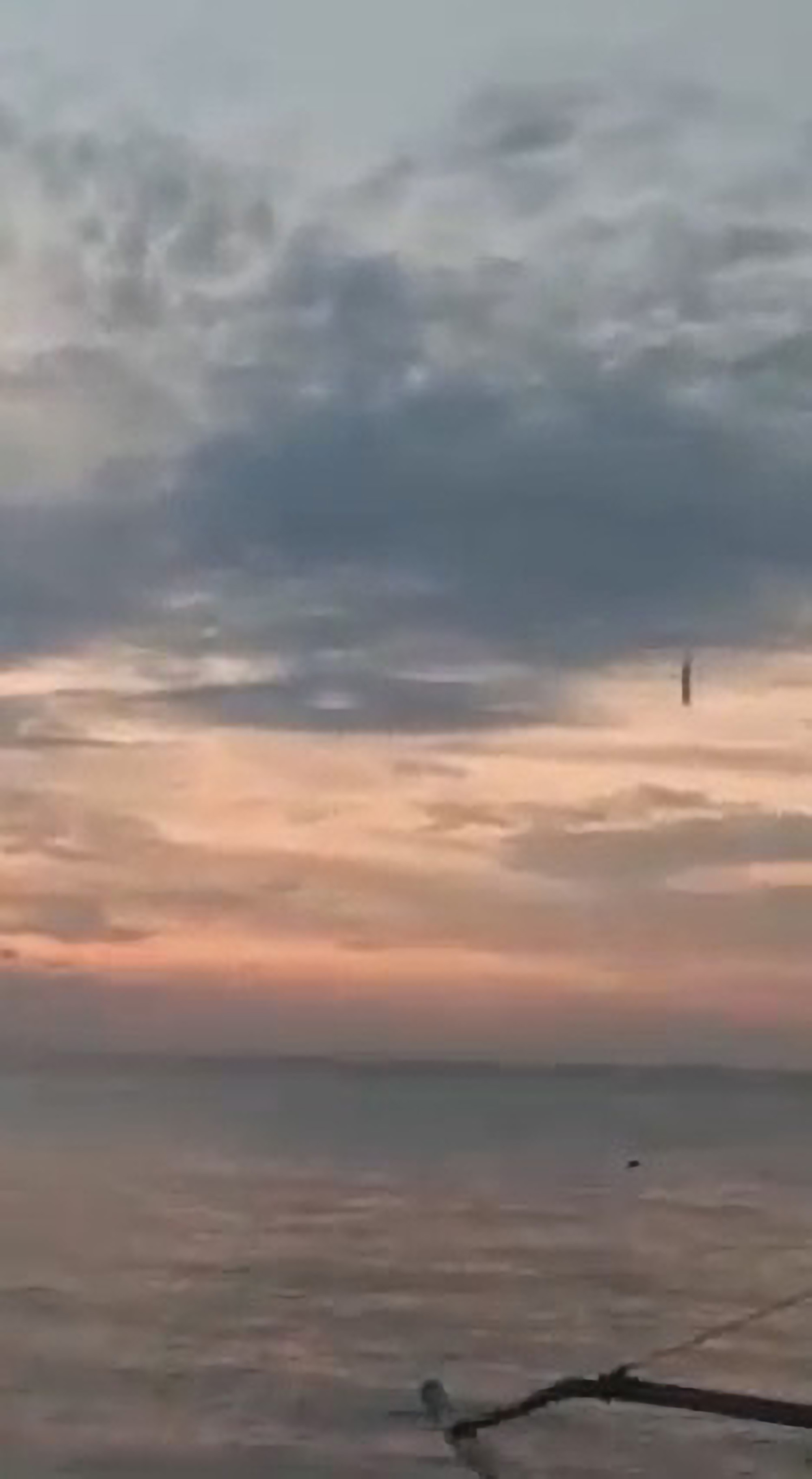 The aeronautics expert said it could have been a type of balloon – and added it "it was too slow to be a falling object from space".

It comes after an ex-astronaut weighed in on footage of mysterious UFO sightings released by the US Navy.

Former International Space Station commander Chris Hadfield claimed that the unidentified phenomena are not the work of aliens – adding that if you think they are, you're an idiot.

"But to see something in the sky that you don’t understand and then to immediately conclude that it’s intelligent life from another solar system is the height of foolishness and lack of logic."

In the last three years, the Pentagon has taken the unprecedented steps of releasing three stunning UFO videos filmed by the US Navy.

It has also confirmed the existence of its secretive UFO investigation unit.

Some experts have suggested technologically advanced craft created by Russia or China could be behind the phenomena, while others have claimed they could be the work of aliens.

According to Hadfield, even if aliens aren't responsible, we might not be alone in the universe.

Hadfield's comments came days after footage emerged of what was alleged to be UFO sightings near San Diego, back in July 2019.

Republican Senator Marco Rubio has warned that the US should take UFOs entering the country’s airspace seriously and shouldn’t "laugh them off".

Former US President Barack Obama said confirmed sightings by the military "must be taken seriously".