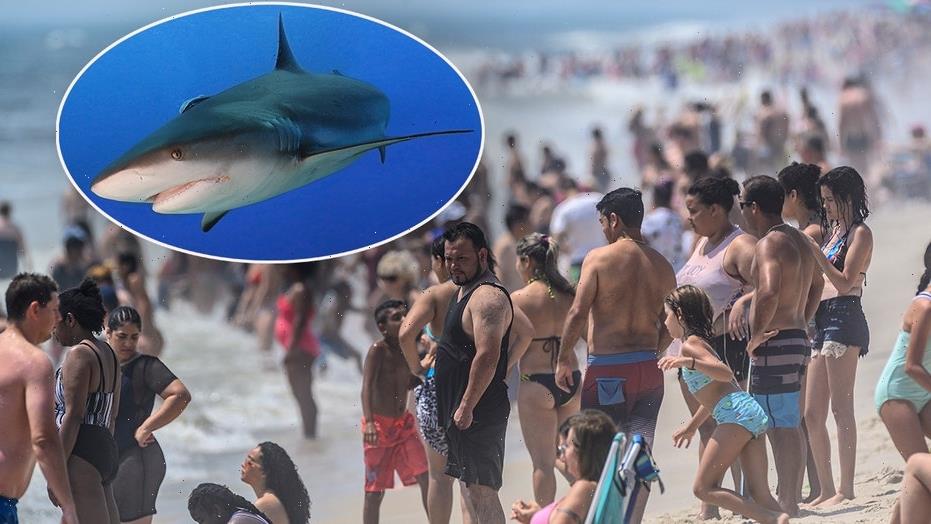 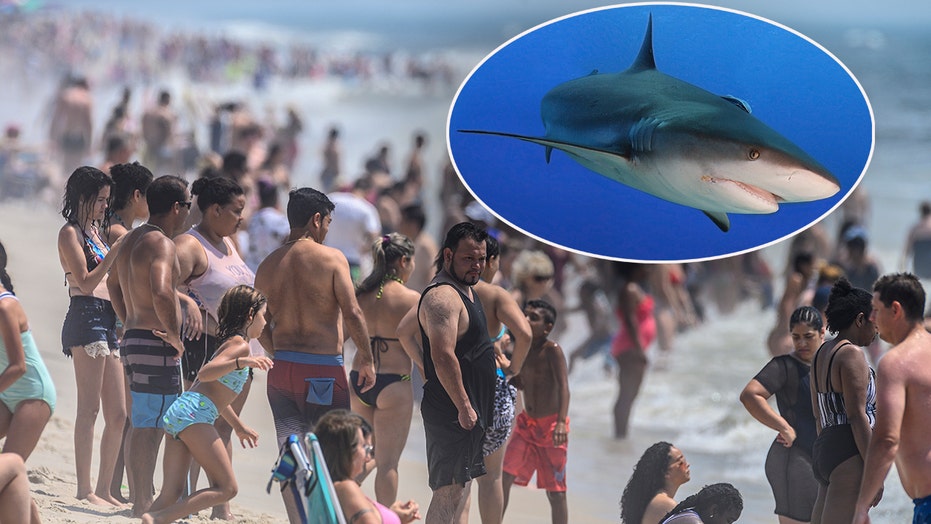 Shark sightings in NY have beach patrols on lookout

For the first time, beaches in New York’s Nassau County will fly a purple and white shark warning flag.

During an especially active summer, officials have beefed up shoreline security, using drones and patrolling the sky, sand and water.

All of this comes after officials have spotted a record 26 sharks on county beaches, according to FOX 5 New York.

That tally is six greater than Nassau saw during the summer of 2020.

“Our goal, of course, is not to scare people,” she told reporters in a Monday news conference at Nickerson Beach. “But, we do have an obligation to warn our residents and our visitors how to avoid danger.”

It’s not just Nassau County swimmers that have had to tread lightly.

In Suffolk County, multiple sightings by lifeguards forced the temporary closure of its beaches.

There, lifeguards use paddleboards, surfboards and jet skis to patrol for sharks.

“This is not a common occurrence,” County Executive Steve Bellone said following the decision. “Our lifeguards are on alert. They are watching very closely.”

Notably, the flag, which will fly at Nassau County beaches for a period of 24 hours following a shark sighting, has already been adopted elsewhere on the East Coast.

In Maine and Massachusetts, the same flag has served as a cautionary symbol to beachgoers.

The flags also came into play last Friday when a great white shark nicknamed “Tuck” was detected by a tracking device off of Cape Elizabeth at Crescent Beach State Park. However, there was no sighting and people ignored the warning.

In the tourist destination of Cape Cod, the flag continuously flies and the New England area has seen an increase of Atlantic great white sharks in recent years as seal populations have continued to rise.

Scientists have explained that recent activity on Long Island shores this summer has been spurred by warmer waters, bringing different kinds of fish to the area.

Shark expert Greg Skomal told “America’s Newsroom” in July that as sharks migrate along the eastern seaboard, the aquatic predators feed close to shore, leading to the potential for more sightings.

Stony Brook University’s Southampton Marine Science Center manager Christopher Paparo was born and raised on Long Island and has been exploring its wilds for more than 30 years. 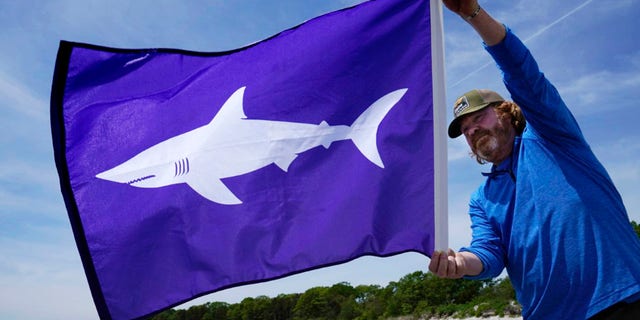 Jim Britt, communications director with the Maine Dept. of Agriculture, Conservation and Forestry, holds a new flag that will fly if sharks are detected near Maine beaches.
(AP Photo/Robert F. Bukaty)

The naturalist told Fox News that the local sharks are fish eaters, targeting thriving populations of “bunker fish” near beaches.

“They’ve been all over the place right now from Montauk to Brooklyn and they’re eating bunker … and that’s really their only focus,” he said, though noting that he understands the “hysteria” because “none of the public officials want to be the mayor from ‘Jaws.’”

Paparo noted that, as oceans become warmer, “a lot of fish populations are shifting north.”

“So, not just spinner sharks … but a lot of people are catching cobia, black drum, red drum, sheepshead. These are all subtropical … [But,] their population is shifting north a little bit because we’re seeing again … ocean temperatures [that] are rising,” he said.

Sandbar, dusky and other native shark populations are also starting to make a comeback after years of overfishing. 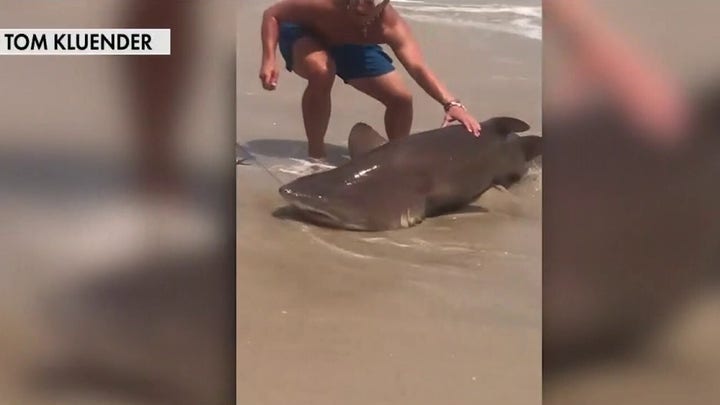 “Their populations, at one point, almost crashed, but due to protections and federal regulations, many of these species are starting to make a comeback. So, as things make a comeback, they’re going to kind of show up where they used to be. And, that also ties in with the bunker,” Paparo said.

While seeing more sharks is a sign of a healthy ecosystem, Paparo warns humans to be wary of the creatures and not go swimming around their prey.

“What I tell everybody is, ‘I wouldn’t be afraid of sharks, but I would respect sharks,'” he said.

Shark bites off of Long Island are rare and officials said that since 1837 there have only been around a dozen attacks in the area.

A possible shark attack near Central Mall a couple of weeks ago was under investigation.

In 2020, the Florida Museum of Natural History’s International Shark Attack File reported that the U.S. experienced 33 unprovoked shark bites, the most in the world.

According to National Geographic, the recovery of shark prey species is leading to an increase in shark bites around the world, rising from 157 incidents between 1970 and 1979 to almost 800 between 2010 and 2019.