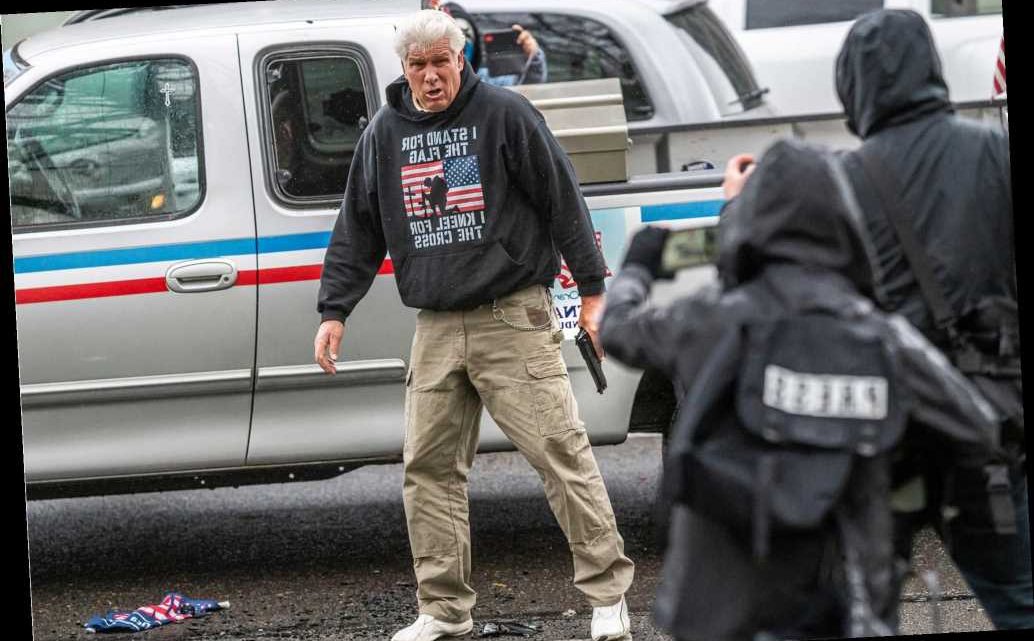 No charges for man who drew gun at dueling Oregon protests; four others arrested

A man who drew a gun during Sunday’s dueling statehouse protests in Salem, Oregon, was not arrested after complying with police officers.

The incident was captured in dramatic video, as Antifa protesters clashed with demonstrators taking part in a “Freedom Rally.”

The white-haired man got out of his American flag-adorned pickup truck to look at the damage allegedly caused by Antifa protesters. That’s when he was attacked with pepper spray, by a mob that was surrounding him, police said.

He dropped his weapon at the orders of police, the video showed.

“After being assaulted with pepper spray, the person pulled a handgun from his waistband to defend himself,” Oregon State Police said in a statement.

“He did not point the weapon at anyone and dropped it when ordered to do so by Law Enforcement. This person has a valid concealed handgun license. This person was detained, interviewed and then released.”

Four men were arrested during the demonstration and counter-protest. Two were charged with disorderly conduct, one was charged with interfering with an officer, and another is accused of unlawfully pointing a laser, police said. 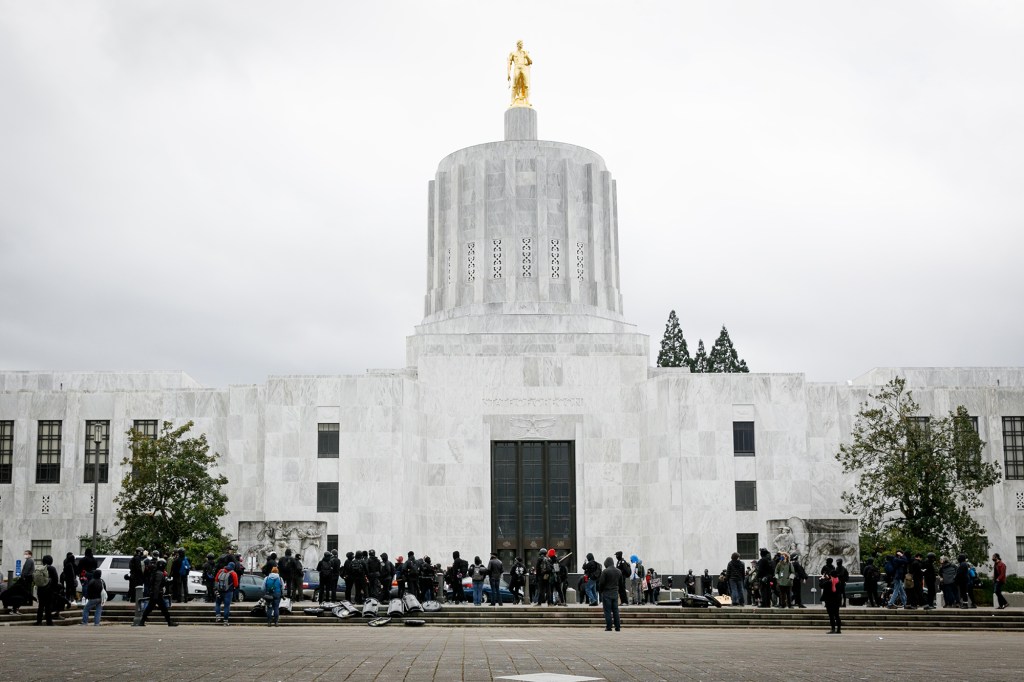 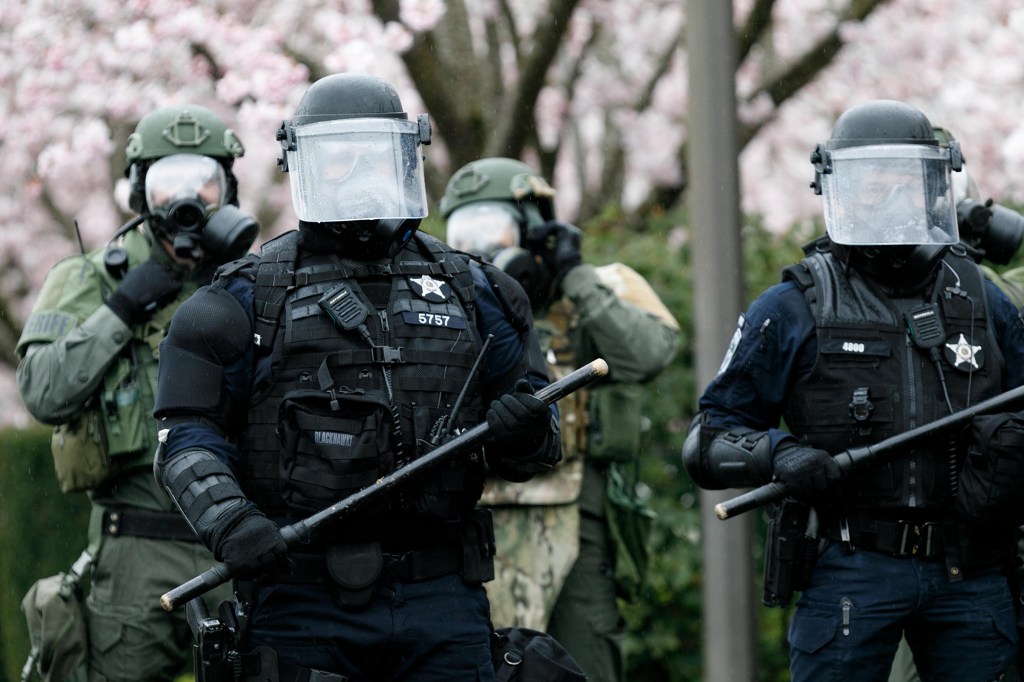 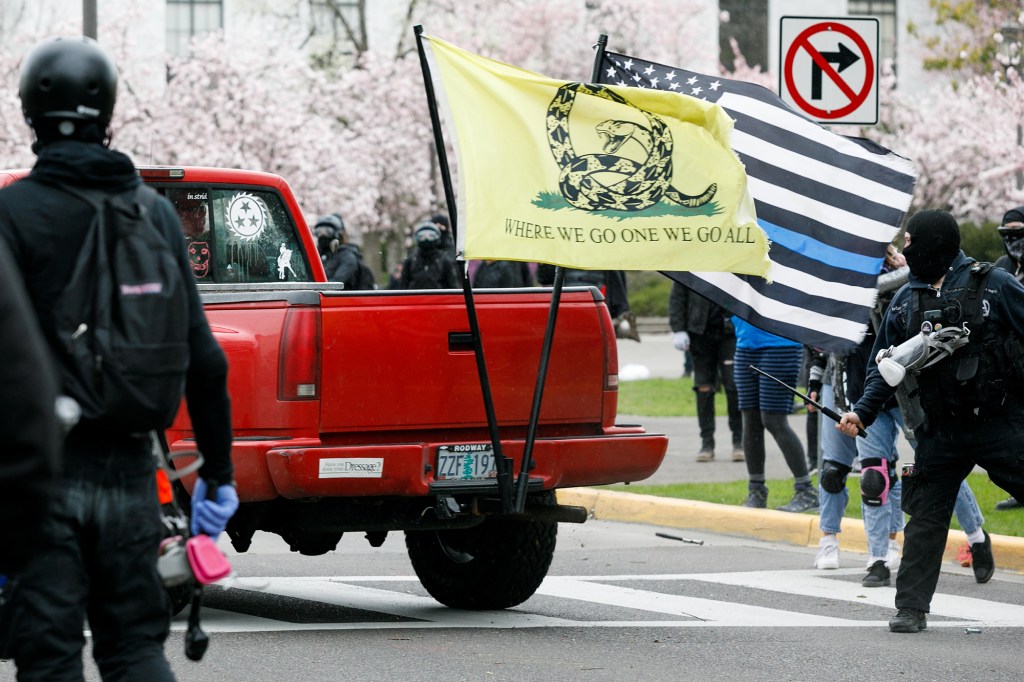 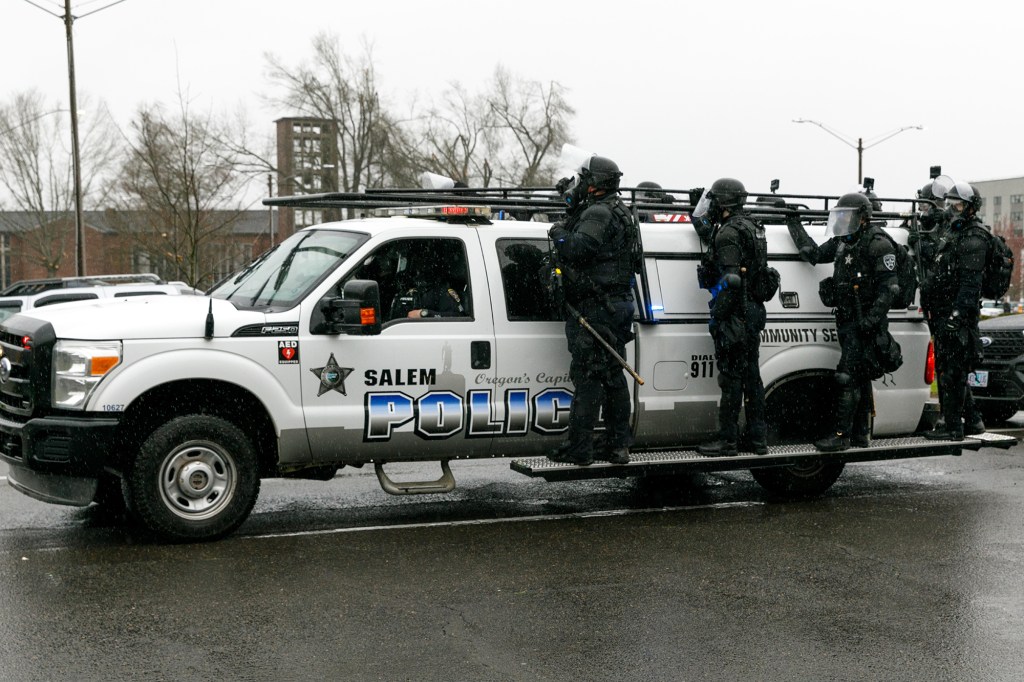 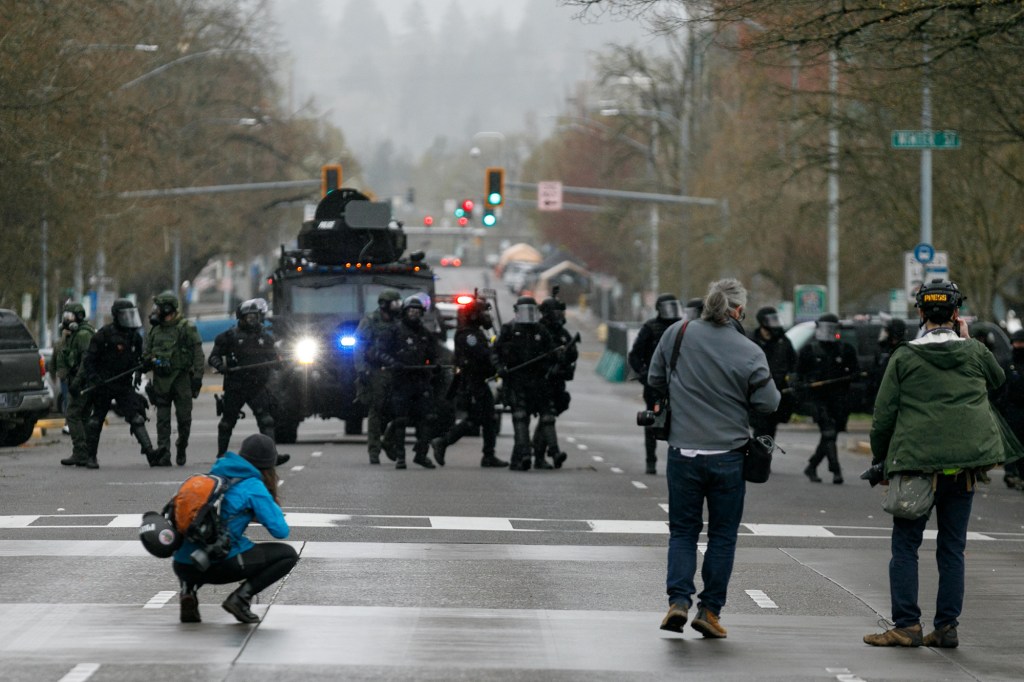 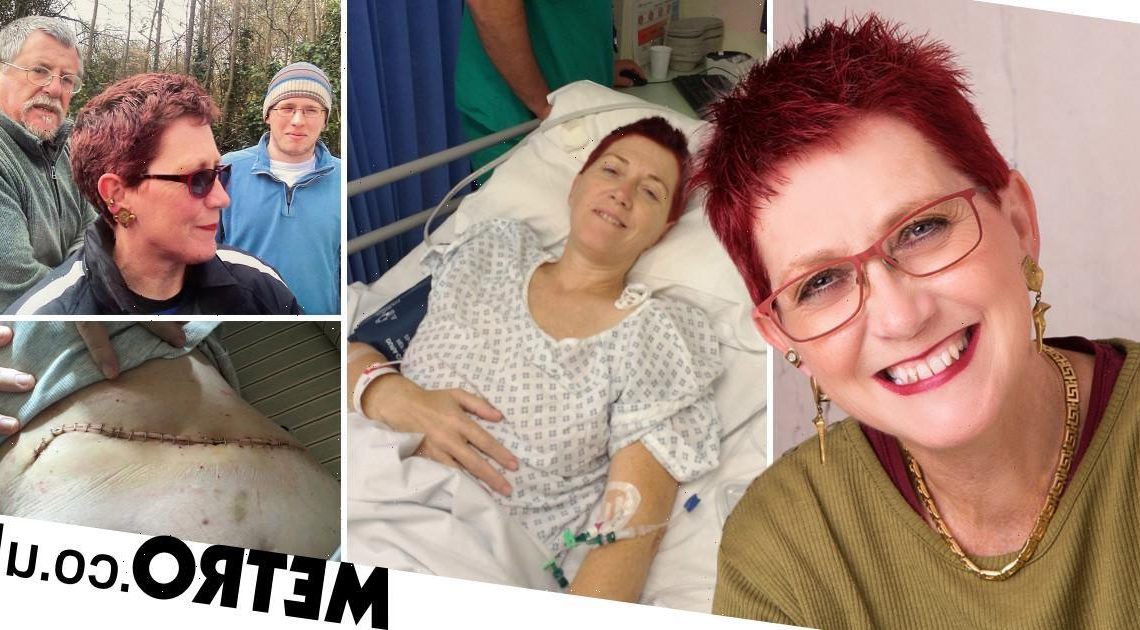