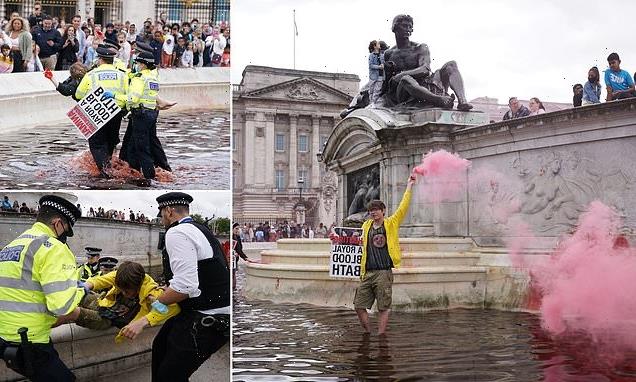 Police were seen sloshing through the fountain at the Queen Victoria Memorial to grab several young protesters from activist group Animal Rebellion before carting them away.

The organisation, which campaigns for a ‘plant-based food system’, is affiliated to Extinction Rebellion, whose two-week campaign of ‘civil disobedience’ is currently causing chaos in central London.

Spokesman Harley McDonald-Eckersall today claimed the Royal Family was guilty of eco-crimes for allowing hunting on its land.

‘The Crown Estate is the biggest landowner in the UK and they choose to use this land for animal agriculture and hunting, which not only decimate our environment but cause the deaths of millions of lives every year,’ she said.

‘It’s time for a new system based on justice and compassion and the royal family should be leading the way.’

Some may question the timing of the group’s decision to target the Royals, which comes just days after Prince Charles made his most powerful intervention in the debate over climate change to date. Addressing business leaders, the heir to the throne urged them to help or the planet is ‘done for’. 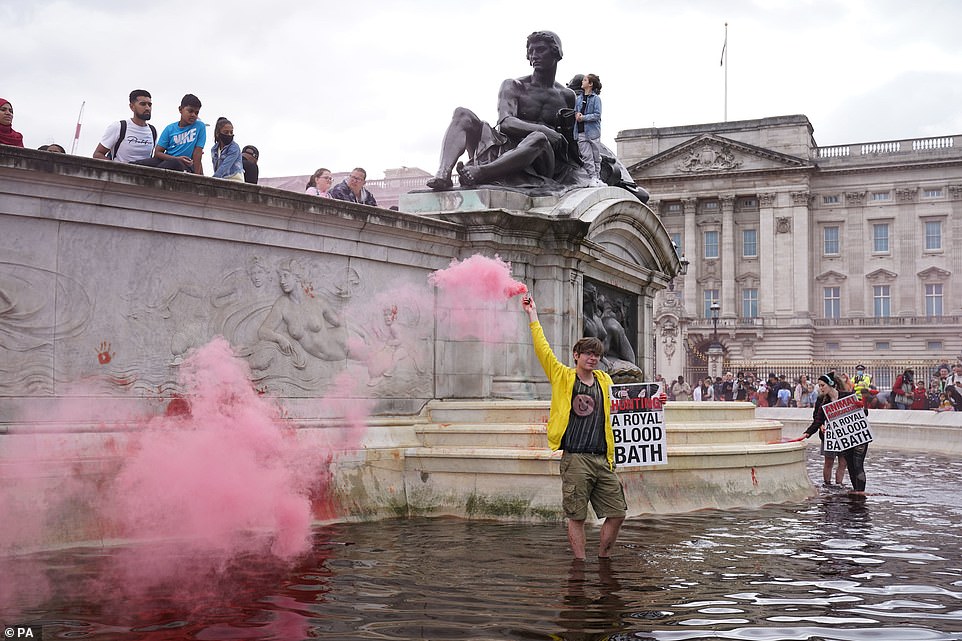 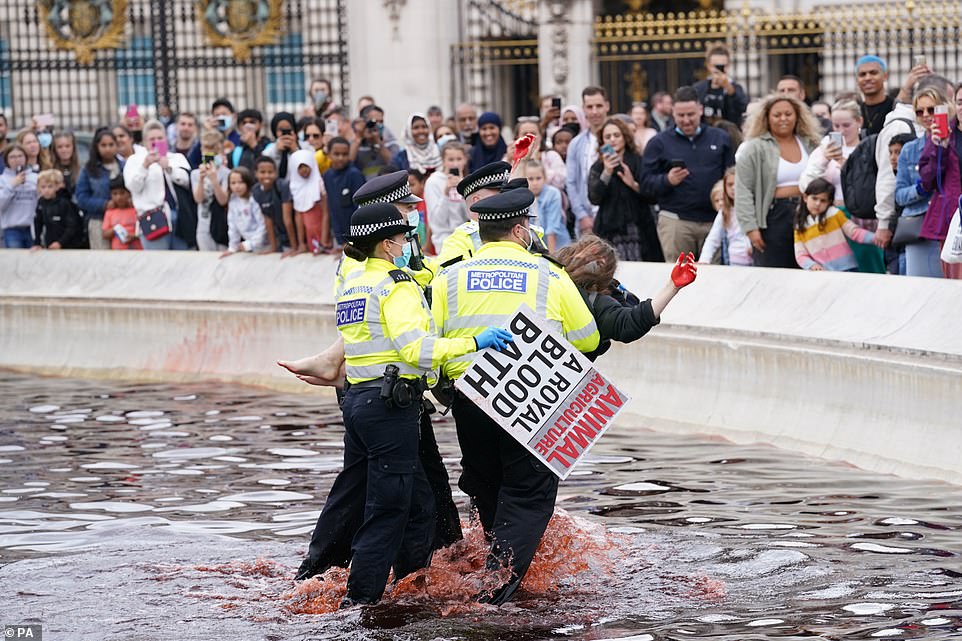 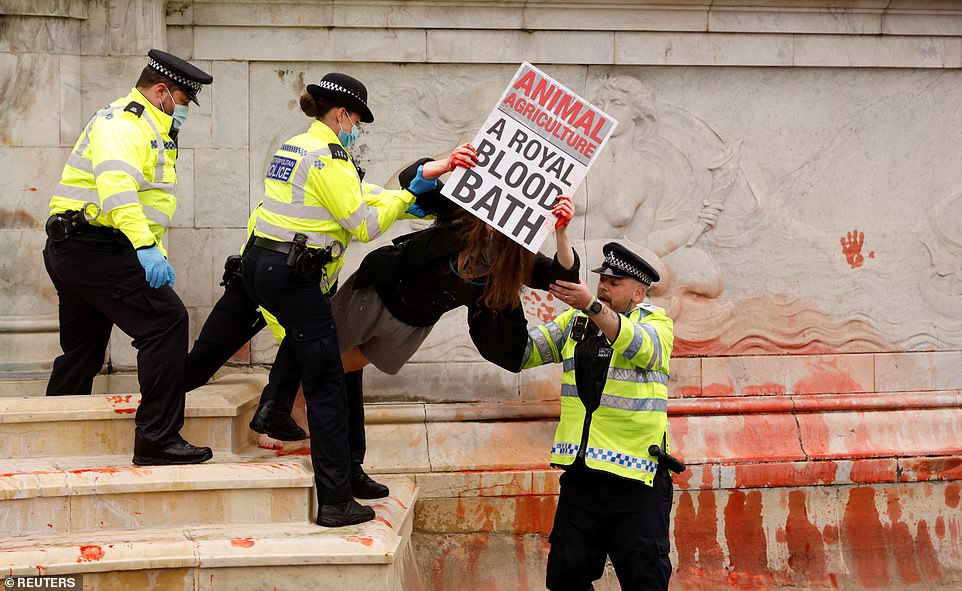 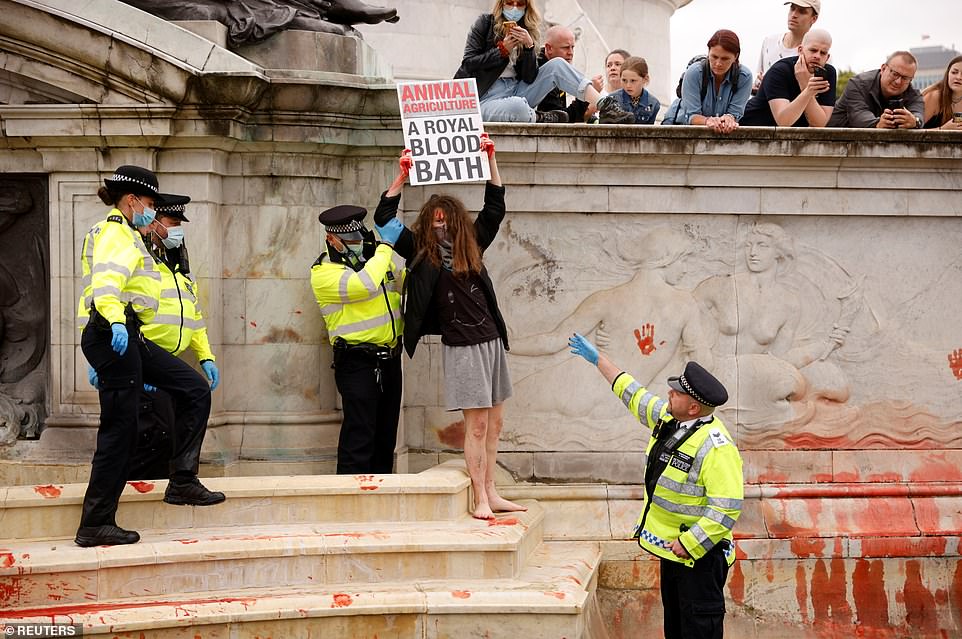 Extinction Rebellion, the environmental campaigning group, left 120 tonnes of rubbish on London’s streets when they last took over the capital, an MP has warned.

The mess cost taxpayers £50,000 to clean up after they shut down major roads and streets in London in October 2019 in a bid to encourage the Government to tackle climate change.

Nickie Aiken, Conservative MP for Cities of London and Westminster, revealed the cost of the demonstration to her constituency as the activists target London’s streets again.

The former leader of City of Westminster Council told the Telegraph: ‘The disruption to local people and businesses is immeasurable.

‘I was told by the council that last time Extinction Rebellion were here for two weeks, they cleared 120 tons of rubbish left behind.

Drawing emotionally on his family connections to wildfire-racked Greece, the prince issued a robust challenge to big business to join his crusade for action ‘before it’s finally too late’.

Writing in the Daily Mail, the heir to the throne said that humanity’s ‘only hope’ was for business chiefs to join world leaders in an ‘epic battle’ to avert ‘climate catastrophe’.

The Prince of Wales declared that business ‘with its trillions of dollars’ has an ‘absolutely critical’ role to play. He said that unlocking this private sector investment could bring about a ‘game-changing green transition’.

The number of people arrested at Extinction Rebellion events in London in four days of protests has almost reached 200 as the environmental group also targeted the Oxford Circus area.

The Metropolitan Police said as of 6pm yesterday, a further six had been arrested for a ‘variety of offences’.

It brings the total number of arrests made over the four days of protests to 196.

However, dozens of people could be seen being dragged away by officers on Wednesday afternoon after a large group blocked off the surrounding roads near Oxford Circus with a partially-built pink sculpture – putting traffic at a standstill.

The Met moved in after a van dropped off the sculpture and protesters formed a human chain to stop it being taken down, according to Extinction Rebellion (XR). 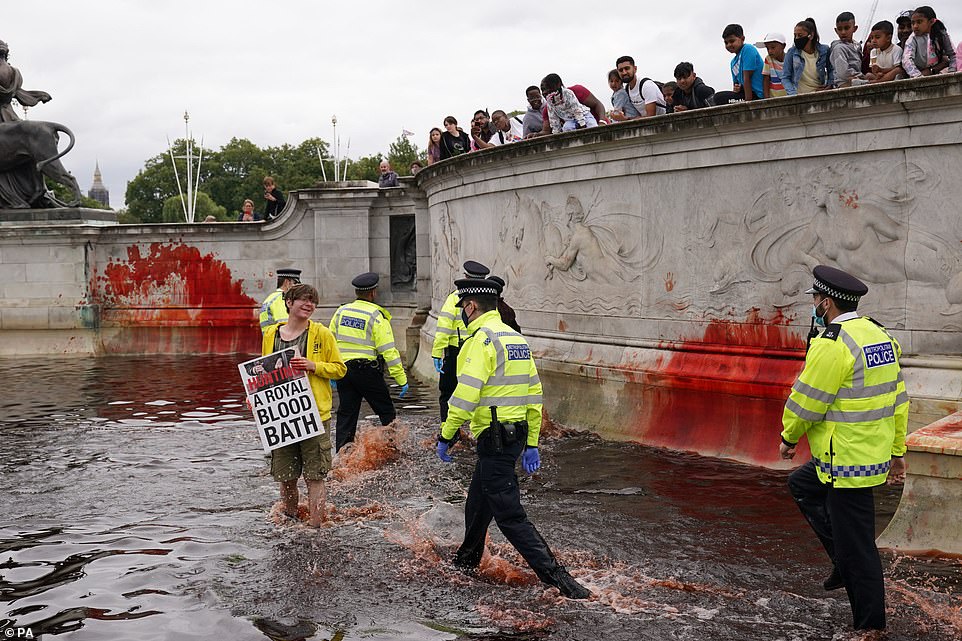 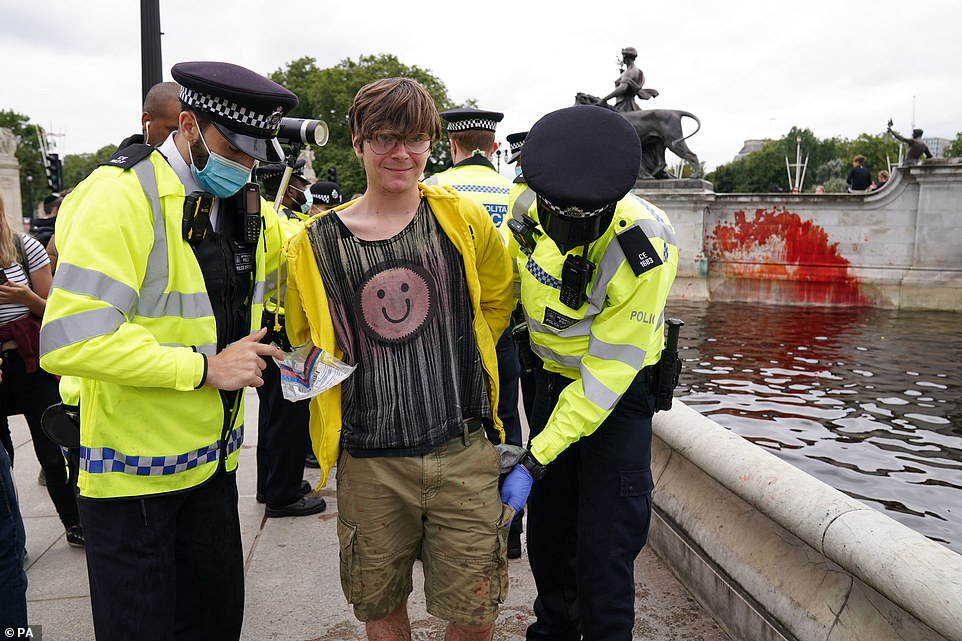 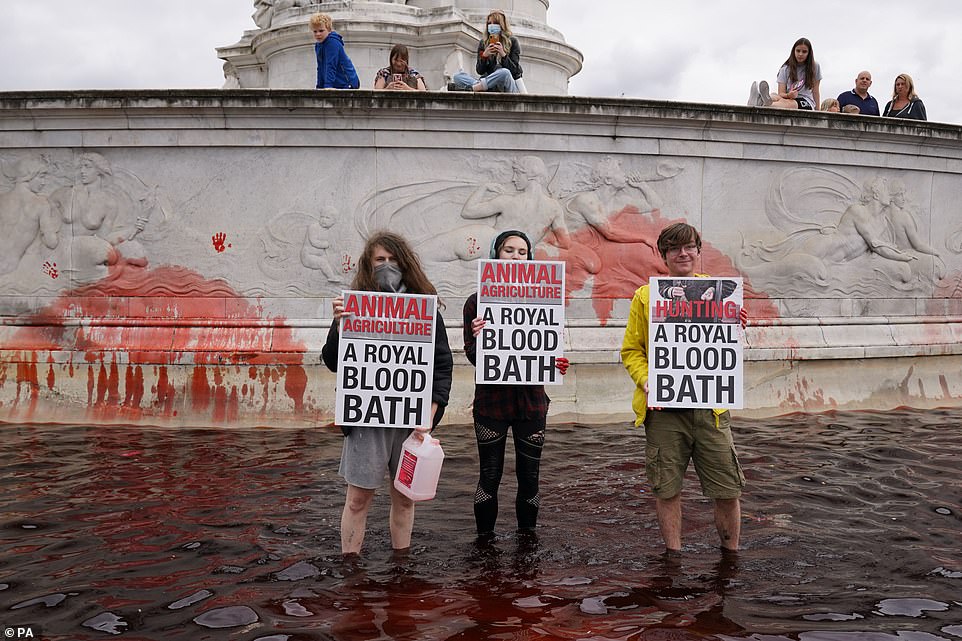 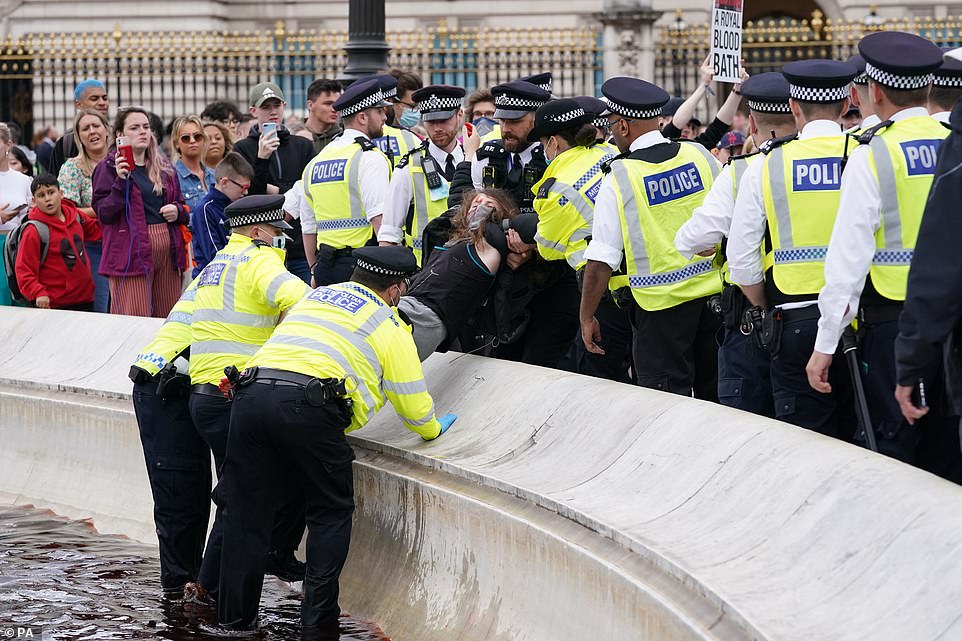 A spokesman for the group said: ‘The van pulled up and everything was unloaded, including a partially-assembled pink structure.

‘Some women then came and formed a ring to allow the structure to be built by holding hands and gluing their hands together.

‘The police came charging in to try and stop it being built and rushed through the women to get to it, but the structure was already built by that point.

‘Some people then began gluing themselves to the structure.’

Police had warned XR protesters to leave the area or face being arrested.

Using a loudspeaker, a police officer said: ‘You must this area immediately or you may be arrested.’

Topless women with climate messages written on their bodies were among the protesters in the area.

Officers formed a cordon close to where they were located and began carrying away dozens of them to police vans parked nearby. 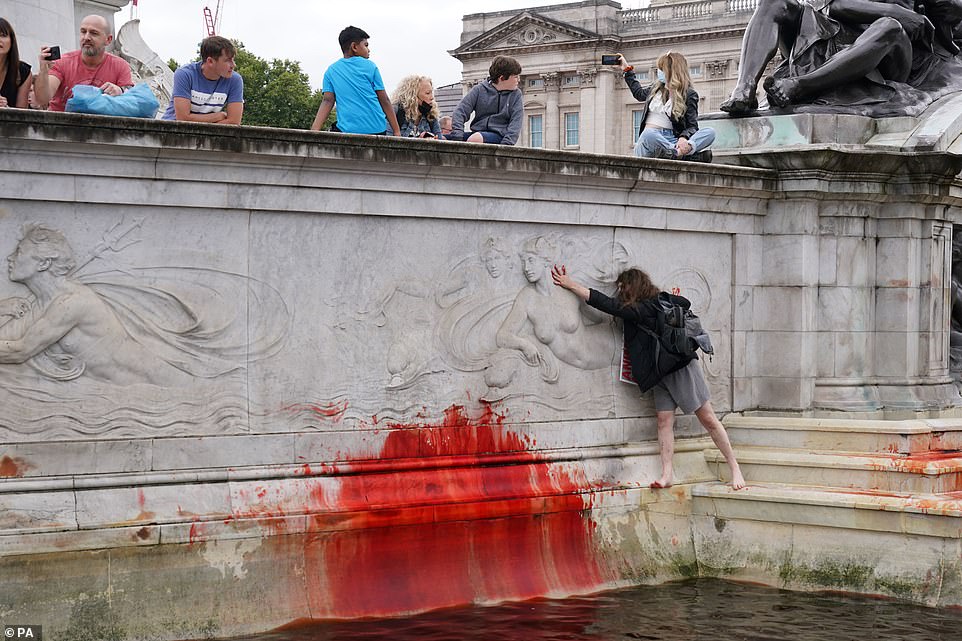 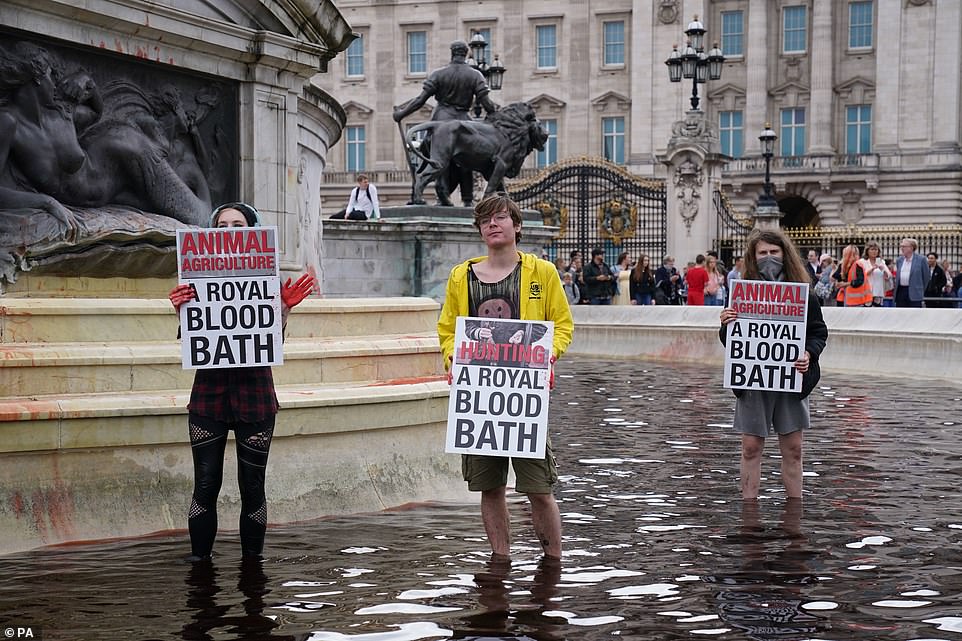 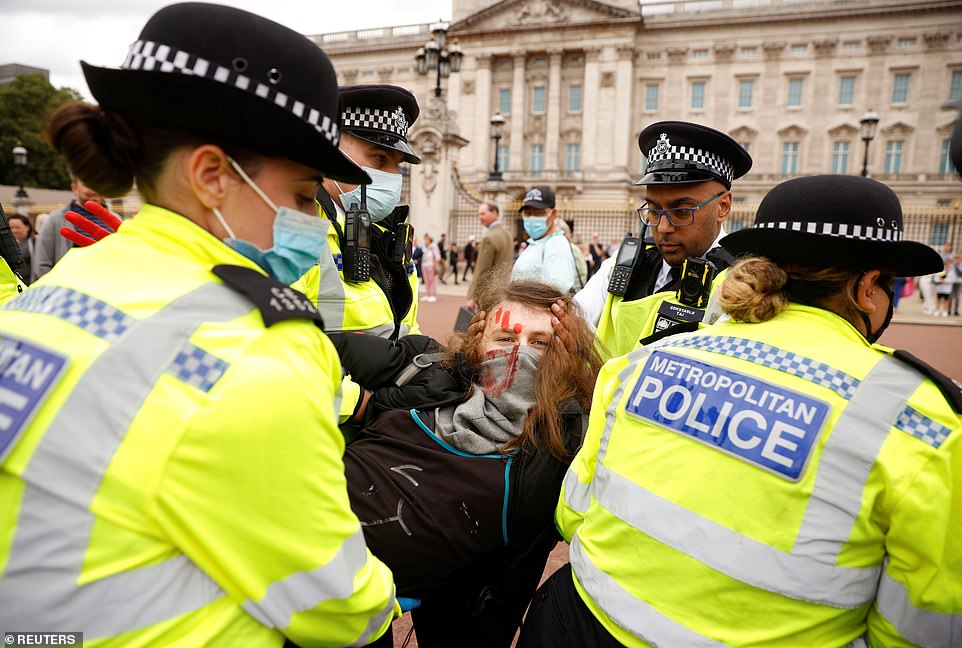 Members clapped and cheered as they were taken away while others played music and chanted. Pedestrians were urged to find another way around the area.

The Met said in a statement on Twitter: ‘Officers have intervened when protesters were building a structure at £OxfordCircus.

‘Some individuals have glued themselves to the structure, specialist officers are working to support their removal.

‘There will be some disruption to traffic in the area as roads are currently blocked, which we are working to reduce.’

Earlier in the day, activists from Money Rebellion, an offshoot of Extinction Rebellion, gathered at the Department for International Trade to hold a mock awards ceremony where a ‘Charred Earth’ award was given to the department. 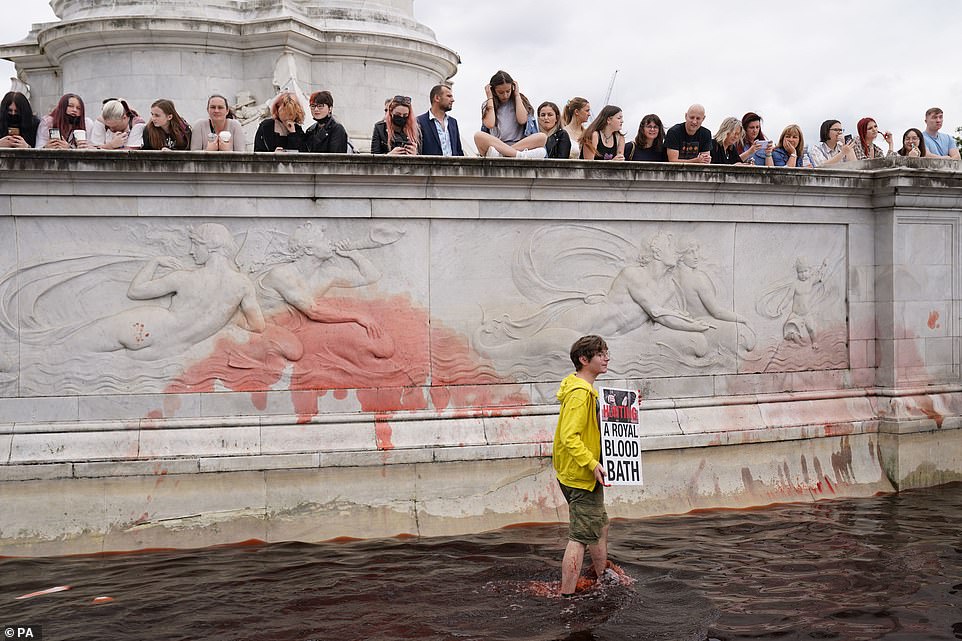 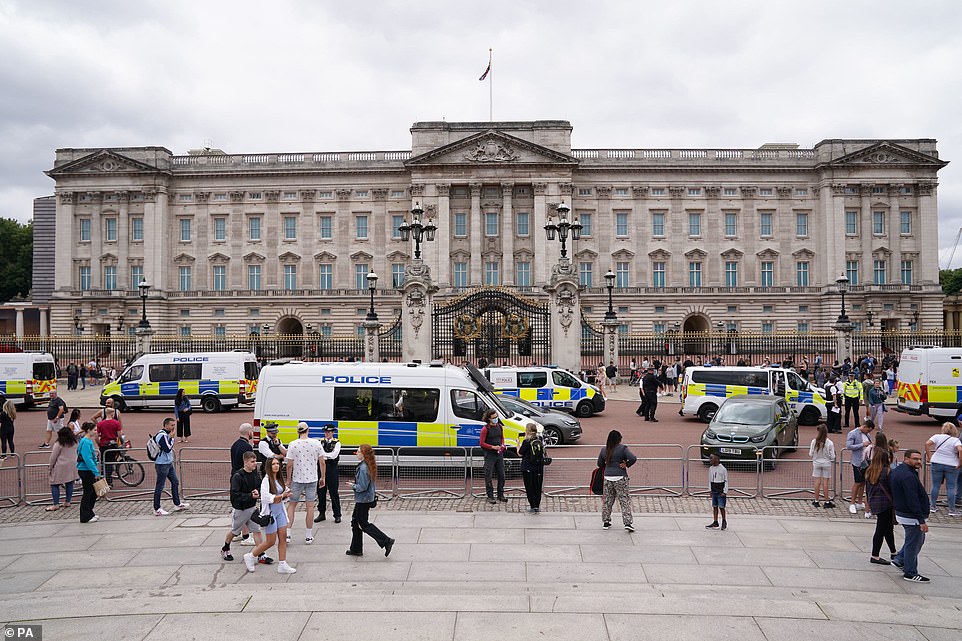 Other activists gathered at the Brazilian embassy to show solidarity with indigenous people in the Amazon Rainforest.

XR began its Impossible Rebellion protests on Monday when demonstrators blocked roads in central London, including around Trafalgar Square.

They are demanding the Government immediately end investment in fossil fuels that are driving climate change.

The Met said a ‘significant’ operation would be in place for the protests over the bank holiday weekend but also acknowledged the activists’ ‘important cause’. 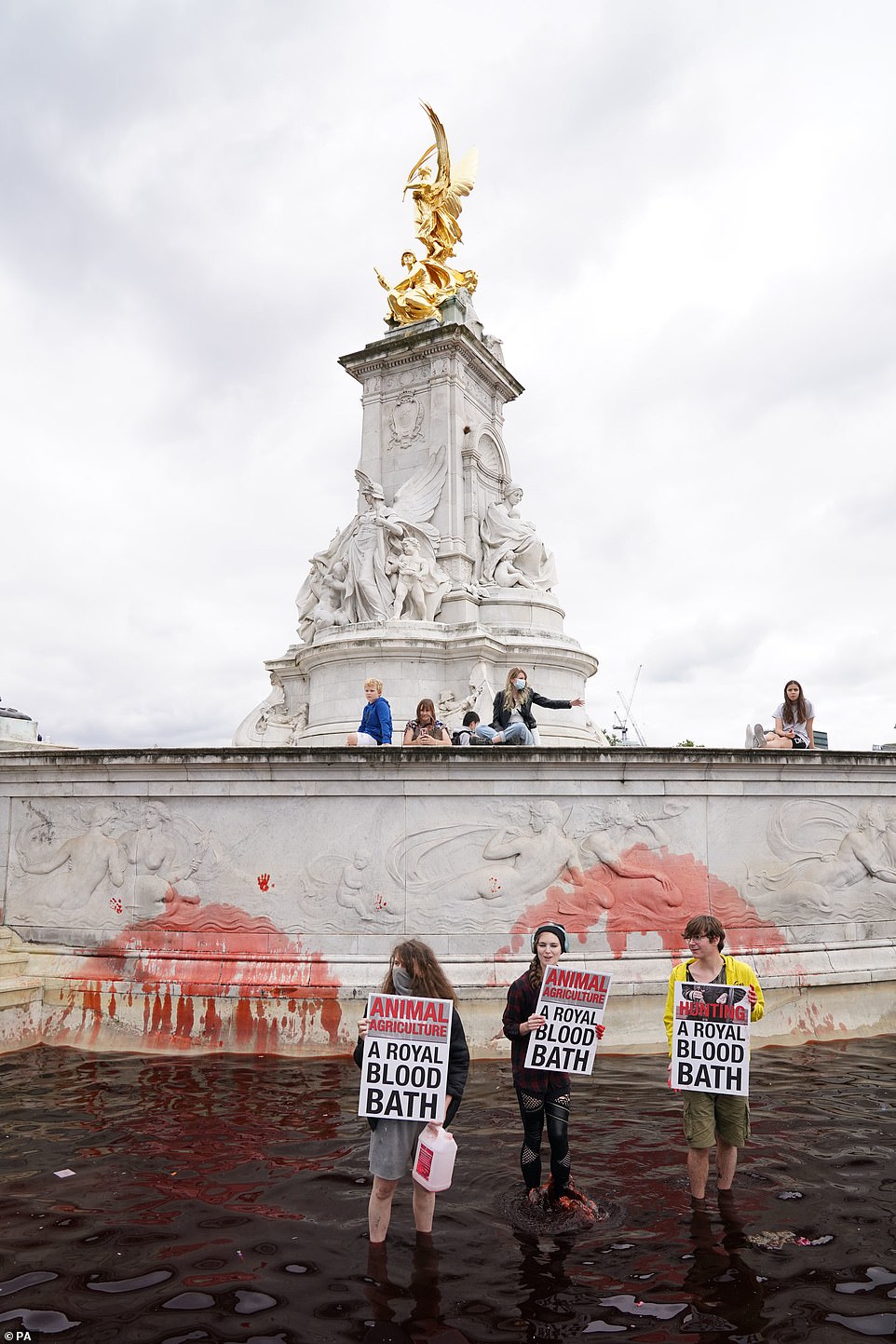