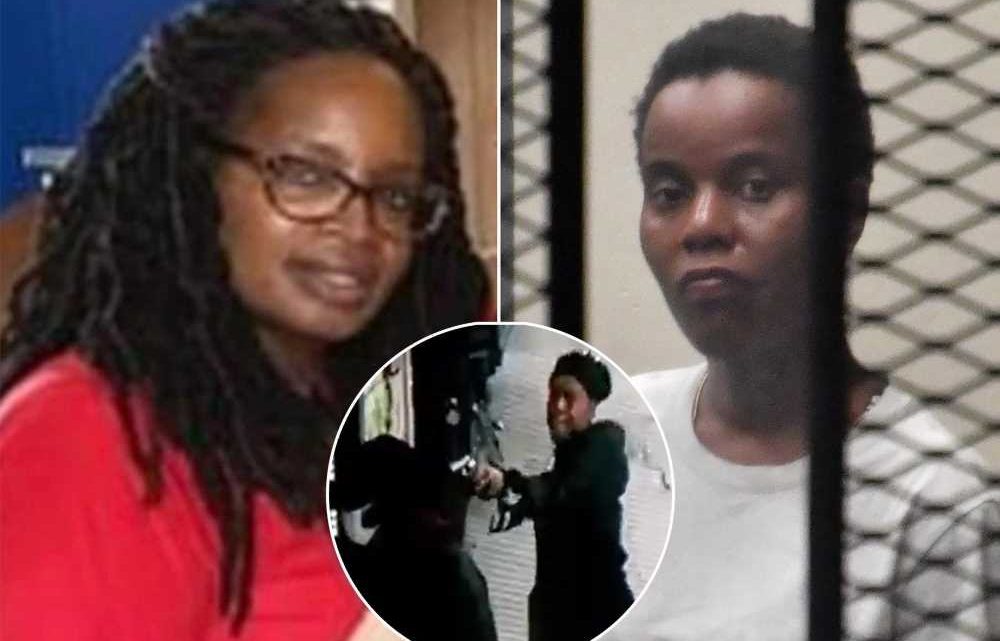 Man fatally shot in the head on Bronx street

The woman charged with murdering her former girlfriend of nearly two decades on a Park Slope street snapped and felt “enough was enough” following a contentious relationship between the pair, the alleged shooter’s sister claimed Thursday.

The caught-on-camera, execution-style shooting on Fourth Avenue and St. Marks Place on Wednesday was the result of suspect Latisha Bell “not taking it no more,” Bell’s sibling, who declined to be named, said.

“She felt that she couldn’t take it no more and enough was enough,” the relative told reporters outside of Brooklyn Criminal Court following Bell’s virtual arraignment in which she was ordered held without bail.

Prosecutors say that Bell ran up to 51-year-old victim Nichelle Thomas from behind and blasted Thomas one time in the back of the head at point-blank range before fleeing.

Bell later surrendered herself to police at Brooklyn’s 78th Precinct station house and confessed, “I am turning myself in for the homicide. The gun is inside the bag,” a criminal complaint said.

The suspect’s sister claimed that Bell is “mentally disabled.”

The woman then defended her sister.

A prosecutor revealed Thursday that Bell and Thomas dated for nearly 20 years – and during that time there were 14 domestic incident reports filed in which Bell was the “aggressor” for 10 of them.

“Both of them couldn’t stay away from each other, but my sister, when she thought it was love, she got a little more attached to it, emotionally thinking ‘alright, this is when it’s gonna’ work out, this is when there’s not gonna’ be no problems,’ ” said the sibling who had described Thomas as “a sweetheart.”

Without providing more details, the sister said, “But something happened, something really did happen, that was really traumatizing to my sister and she just couldn’t deal with it no more.”

“She just realized that this woman was using her for her own advantage,” the relative said.

Brooklyn neighbors called Thomas a “peaceful” and “calm” woman who was a mother, grandmother and someone who cared deeply for her pet dogs.

“When she was here alone — peaceful, peaceful. There was no problem with her,” one neighbor said of Thomas, who lived in a NYCHA building in Boerum Hill. “It was the ex-girlfriend that was the aggressor.”

Takeena Moore, 38, said she saw Thomas and Bell together about two weeks ago after not seeing Bell in the building for up to nine years.

“I was shocked to see her here,” said Moore, who explained that Bell and Thomas were exiting the building with Thomas’ dogs at the time. “Everything was normal.”

Commenting on the murder, Moore said, “I’m still devastated. I’m used to seeing her walk the dogs … I’m still shocked. I wanna’ cry, I wanna’ scream, I wanna’ shout.  I’m hurt. She was a nice lady.”

“She was a sweetheart. She was nice to me,” Moore said of Thomas. “She was not a mean person.”