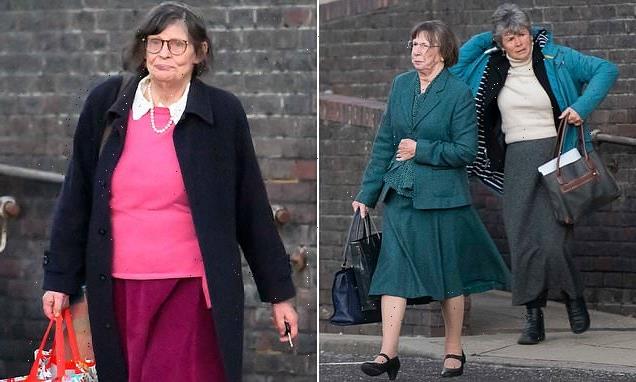 Pensioner, 70, who sent poison pen letters and emails to her Quaker society calling them ‘old ladies spreading malicious gossip’ and accusing them of forming a ‘bullying clique’ is handed restraining order

A 70-year-old pensioner who spent a year sending poison pen letters and emails to her Quaker society has been given a restraining order to keep away from the group.

Julia Wermig-Morgan was found guilty of harassment after writing ‘distressing and unsavoury’ letters as part of an ‘unpleasant’ vendetta campaign against members of the Bridport Quaker Group in Dorset.

A two-day trial at Weymouth Magistrates Court heard the psychotherapist and Oxford University postgraduate became upset about a ‘clique’ forming within the religious organisation she had been part of for more than 35 years.

She accused newcomer Caroline Kibblewhite of creating a ‘division’ in the group after she had been installed as assistant clerk. 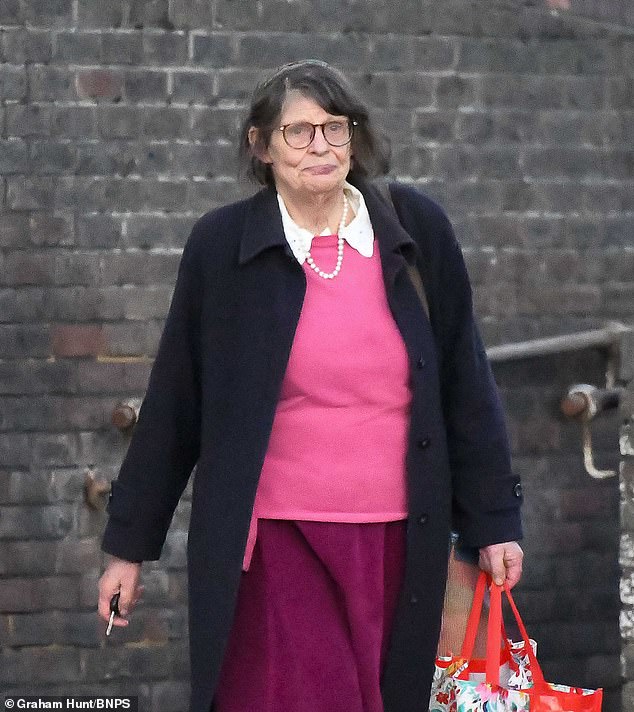 Julia Wermig-Morgan, 70, was found guilty of harassment after a two-day trial at Weymouth Magistrates Court 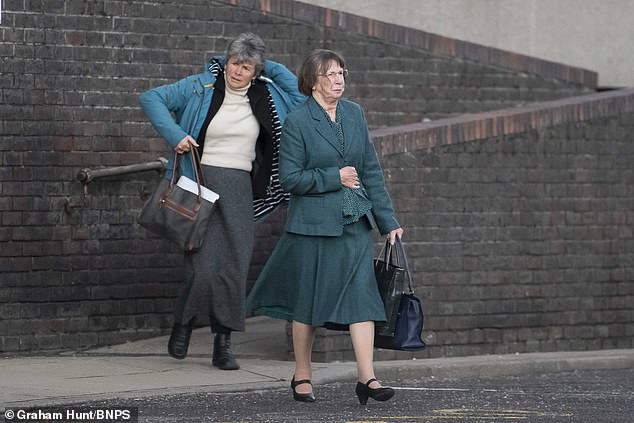 A trial heard how she bombarded members of her local Quaker society Caroline Kibblewhite (left) and Valerie Shepherd (right), with ‘distressing and unsavoury’ letters, emails and postcards

Mrs Wermig-Morgan had been an elder of the Bridport Quaker group in Dorset but she felt like nobody was listening to her.

The letters she started to send to Mrs Kibblewhite and Valerie Shepherd, another elder, were described by the victims as ‘distressing and offensive’.

In them she made unfounded allegations of bullying, fraud and domestic violence against members.

Despite being told to stop by the police, Mrs Wermig-Morgan continued her campaign of harassment.

She had denied two charges of harassment without violence, claiming she was a whistleblower.

But she was found guilty and has now been sentenced.

Raymond Tan, mitigating, described his client as ‘exceptionally intelligent’ adding that she is about to start a Doctor of Philosophy at Oxford University’s medical research department.

He said that she saw ‘wrongdoing’ in the group and accepted she had been ‘relentless’ in the way she ‘hammered away’ at certain members.

Mr Tan said: ‘When it comes to religion people do have very strong views.

‘In this case there are very clearly two different groups of people, Mrs Wermig-Morgan had four witnesses come forward supporting her views.

‘In her letters she was more concerned in highlighting wrongs than in making targeted attacks.

‘She is an exceptionally intelligent woman who takes community work very seriously.

‘During the pandemic she volunteered in soup kitchens and tried to do her bit to help.

‘I hope that in future she will accept that sometimes people see things differently and to carry on with her own life.

‘She is being invited to do a DPhil at Oxford University medical research and I hope she focuses on that.’

The defendant made ‘ludicrous’ accusations of bullying against Mrs Kibblewhite, claiming she wanted to create a hierarchy of ‘important and unimportant people’ in the society.

This prompted her to write her hate mail.

‘They included a number of personal comments that members found offensive.

‘They decided that the best course of action was to forward all of the emails into the general Bridport Quaker Meeting email as evidence.

‘A letter was sent to the defendant about the contact she was having with other members.

‘They requested her to desist sending letters.

‘On the 15th December 2020 they expelled her from meetings for one year.

‘The police also sent her a letter, which she signed to confirm he had received, that explained the contact she was making was unwanted and that she had to stop.

‘She still kept sending emails and letters to those two ladies.

‘They have both said that they found the contact distressing and offensive.’

During a trial Mrs Kibblewhite said she tried to ignore Mrs Wermig-Morgan’s letters and emails but then met with her to ask her to stop due to the harm they were doing.

She said: ‘I was convinced that we were not going to be able to easily get her to realise that her behaviour was unacceptable and she needed to refrain but it was one thing after another after another.

‘There were very solid hard working people who were devastated by what was happening and were quite traumatised and their only solution was to stay away.

‘I retired down here for a quiet life and I didn’t want to get into any confrontation.’

Mrs Shepherd said: ‘Her correspondence caused great distress and we asked her to stop doing it. That’s all we asked of her.

‘She felt bullied. There were allegations of a fraud. She would attack various individuals. It was just ridiculous and also very hurtful.

‘Quite often I thought she had given up and then out of the blue there would be another postcard.

‘I tried to ignore it but it gets under your skin and you can’t help but think about them.’

In sentencing Mrs Wermig-Morgan to a 12 month restraining order, presiding magistrate Richard MacRae, said: ‘We have read a lot of the emails that were sent.

‘We are going to go with the recommendation from the Probation Service and issue a restraining order.

‘During the next year you must not contact the others in the Bridport Quaker Meeting unless you have their permission.

‘All being well after 12 months you will be able to contact them first again.

‘The other aspect is that you cannot contact by letter or email or any other means Mrs Shepherd or Mrs Kibblewhite.

‘We are also making a community order which requires 10 days of rehabilitation work.’